As of now, Gander airport is closed due to an RCAF CH-149 Cormorant helicopter crash that has sent 6 crew members to hospital:

A Cormorant helicopter has crashed during a training flight at the 9 Wing air force base in Gander.

The Royal Canadian Air Force says a crew was conducting hovering manoeuvres at the Gander airport when the helicopter crashed around 3:40 p.m. Thursday, near the intersection of runways 13-31 and 03-21.

There were six crew members aboard the CH-149 aircraft, and all of them were taken to hospital.

The RCAF says two of the crew members are still in the hospital receiving treatment, while the other four have been released and are with their squad members.

Gander airport CEO Reg Wright says the airport is closed to operations, with an update coming at 10 a.m. NT Friday.

A Canadian Forces spokesperson says it's too early to speculate about what may have caused the crash and they are still waiting for more information from the RCAF.

Weather conditions have been favourable in the area, with mostly blue skies and light winds through the afternoon.

The tail of the helicopter appears to be missing, and the aircraft is lying on its side.

According to the RCAF, the helicopter was conducting hovering maneuvers when it went down:

Glad all survived. That’s all that matters. Everything else is secondary. 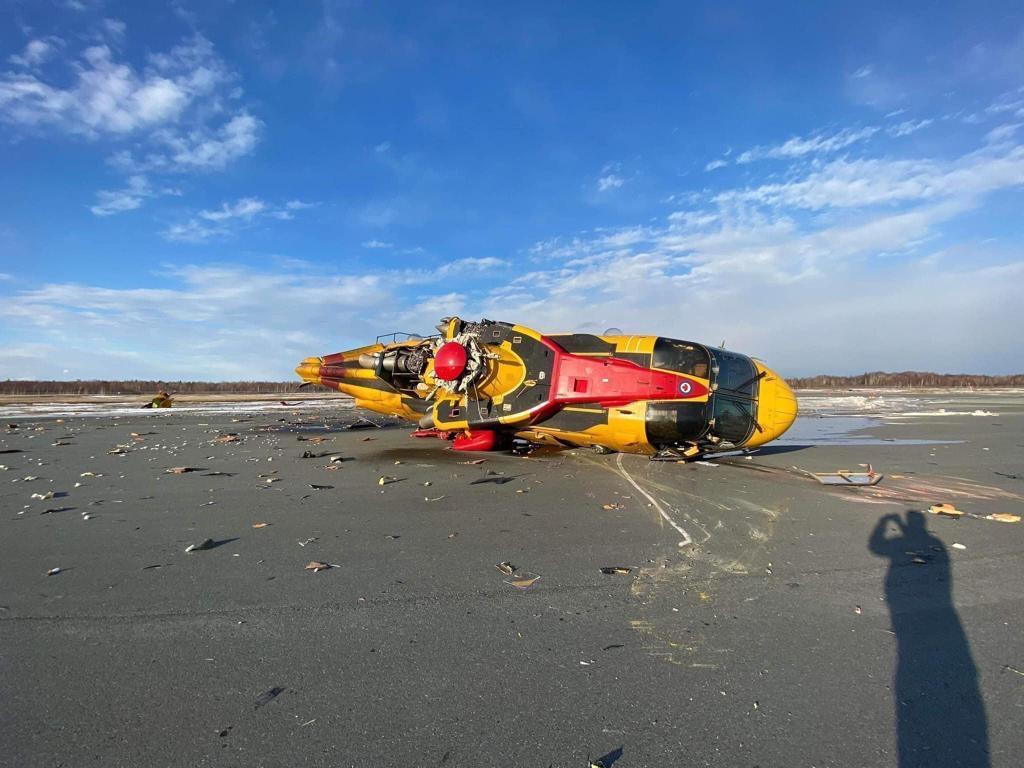 Glad that everyone is safe!
Top

I don't know the details of the crash, but that frame looks like they built a lot of "surviavability" into it.
Top

I don't know the details of the crash, but that frame looks like they built a lot of "surviavability" into it. 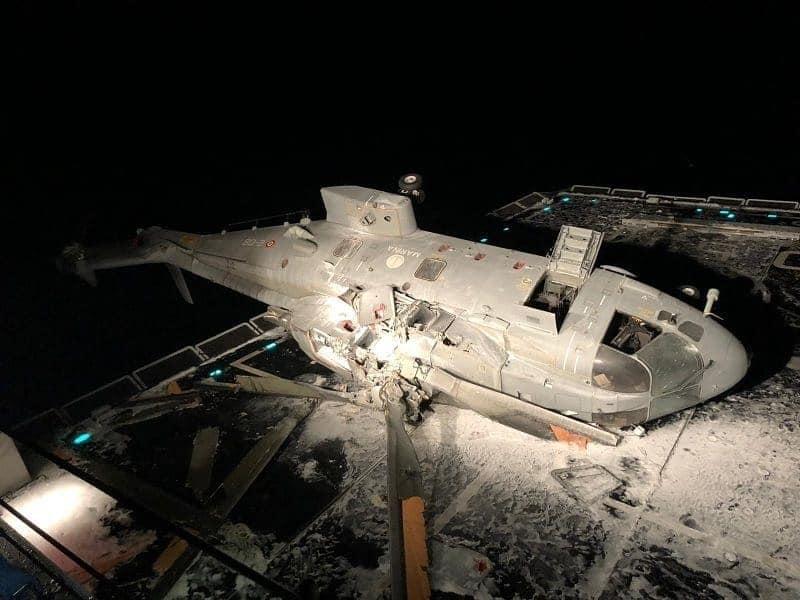 Every single rotor blade snapped off cleanly at the hub?
Top

Yeah, because the thing tipped over with everything going full blast.
Top

It will buff right out !
Top

The initial accident report is saying that the pilot's seat had a malfunction and unexpectedly dropped to it's lowest setting during flight:

The accident aircraft, call sign “Outcast 903”, with a crew of six, was scheduled for two crew training missions based out of 9 Wing located at Gander International Airport (CYQX), N.L. The first training mission was scheduled in the afternoon and was primarily focused on overland Search and Rescue evolutions for the Flight Engineer Under Training.

At the end of the first training mission, the crew conducted hover work in the vicinity of the intersection of Runway 31 and Runway 21. During the final clockwise hover turn sequence, the pilot flying’s seat unexpectedly descended to its lowest position.The aircraft flight vector immediately reversed from a clockwise rotation to an accelerated counterclockwise left yaw about the aircraft mast. As the aircraft continued to yaw left, the attitude of the aircraft became unstable resulting in an increasing right bank attitude. The aircraft rotated through approximately 400° and as the right rolling moment intensified, the right outboard wheel, the horizontal stabilizer assembly located on the right side of the tail section, and main rotor blades impacted the runway at 15:43 local time. There was no post-crash fire.

The investigation is focusing on materiel and human factors.

Pilot seat issues are no joke. Many GA crashes as a result, also a commercial airliner has had that happen as well. In a helicopter it would be worse due to simultaneous management of collective and cyclic controls, which need to be closely coordinated in stable hover.
Top
Post Reply