General Motors has come to its senses and FINALLY approved Cadillac's long-delayed full-sized RWD flagship sedan. (Please call it "Fleetwood", Cadillac!!). News leaked this week that parts suppliers are being contracted by GM for the Cadillac-exclusive "Omega" platform sedan. What news surfaced? So far, the flagship sedan has not been given an official name. It is expected to be launched in mid-2014 as a 2015 model. The good news is that the flagship is expected to resemble the Ciel and Sixteen Concepts and offer six (including a possible twin-turbo) and eight cylinder engines, with a possible hybrid drivetrain, and a newly designed 8-speed automatic transmission. In addition, the Omega platform is rumored to also support a new Cadillac full-sized SUV, basically the direct replacement for the aging truck-based Escalade.

The SRX is to remain the "small" Cadillac CUV while the new Escalade is to fill the "large" CUV market - similiar in size to the current Acadia, Traverse, and Enclave. The XTS sedan seems destined to remain in the Cadillac line-up as the "volume" large car, like the DeVille used to be. The new Omega-platform sedan replaces the defunct Seville (STS/SLS) as the top-rung in the Cadillac model range. The competition for the new flagship is the S-class, 7-series, Lexus LS, and Audi A8 - and the pricetag will match the competition. It will not be cheap. But Cadillac has found great success in its new ATS sedan, and has decided to move the ATS development and engineering team over to the flagship program intact. The ATS team is rumored to be the "smartest guys in the room" in terms of development and engineering, and Cadillac is keen to leverage this team for the Omega-platform program. This change in assignment also explains why the ATS coupe, wagon, and convertible models have been either cancelled (coupe/convertible) or delayed (wagon), since the assets of the ATS program have been redirected to the Omega program.

Source: http://www.gminsidenews.com/forums/f...uppliers-flagship-cadillac-110894/
"Those who would give up essential liberty to purchase temporary safety deserve neither liberty nor safety!" B.Franklin
Top

While I am happy that Cadillac is going for the high end luxury car market again, please, please PLEASE don't make it look so blingy. It should be more elegant, subtle and classy, and not scream "Look at me!"
Democrats haven't been this angry since we took away their slaves.
Top

I wont believe any of this until I see it. I have a sad feeling that it will look more like the current CTS / STS but just 2 or 3 inches longer.
Would be great if they go with the 4-door convertible version.
Bring back the Concorde
Top

The DTS (DeVille) has been out of production for a while, but GM hasn't delivered it's replacement. How long will Caddy be without a DTS/XTS model. It just does't make sense to leave that gap in their line-up.

So before being too concerned about a flash model I'm looking to what is going to be delivered this year. As far as the Fleetwood name goes, it should be the top of the line sedan that could be a solid limo as well as large family car.
Top

This is great! This is the best car news, that I have read this year.


That would be sweet, but working out the structural integrity of that thing would be a bear. Carbon-fiber-alumalloy-titanioxyhydroxide-celluine notwithstanding. Once you open a door, I don't see how you would ever close it with that many flex points, even with a unibody design. Sag-o-rama!

I'm diggin' the rear of that Ciel concept, though. It's both the ass end and the grille of my CTS in one direction.

If the backup lights were bright enough, I could drive all the way to work in reverse and nobody would be the wiser.
We can agree to disagree.
Top


Lincoln had no problem doing that in the 1960s.
Hard to believe but these were uni-body too. 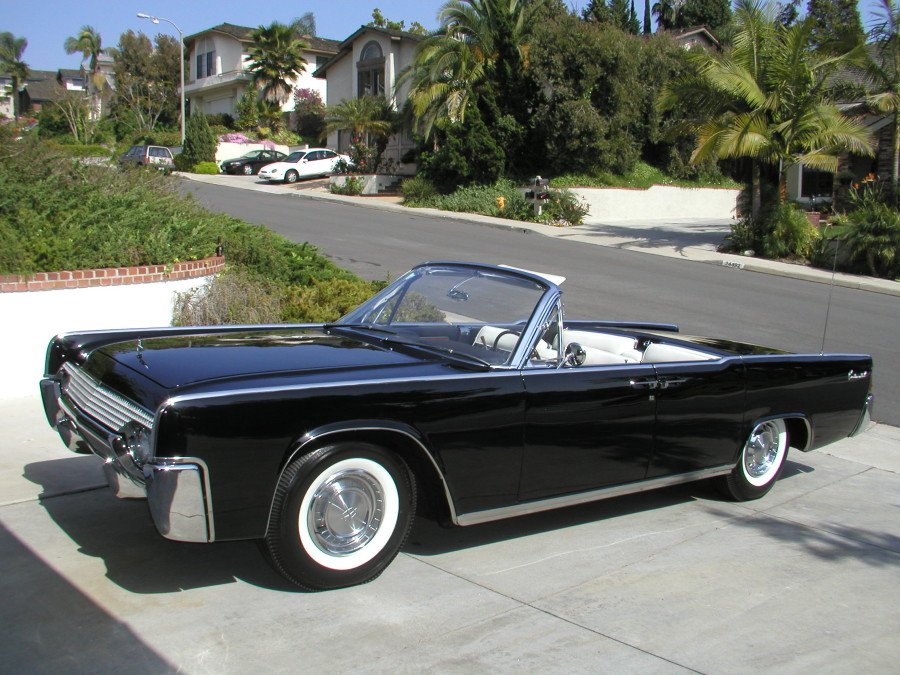 Ideally I'd like to see the Ciel concept on a body-on-frame construction. It's much sturdier for a convertible, especially a 4-door convertible. The 2004 Lincoln Continental concept was also supposed to be on an all new body-on-frame platform.
Bring back the Concorde
Top


Rules have changed a little bit since then. But I think there was a concept Chrysler 300C convertible and even a few aftermarket modifications, so it might be possible if Cadillac wants to badly enough.
Why do Aerospace Engineering students have to turn things in on time?
Top


How can they have found great success, it's not even on sale is it.


This is a mistake, if they want this to be a success outside of North American they need the wagon, it's main competitors A4/A5, C Class & 3 series all come in 4 or 5 body styles.


Nice idea but who is going to buy it?


That's not going to be a problem.


GM is very slow in rolling out new cars.

But the XTS is just about to enter production (and dealer inventories) for the 2013 model year, so within 3 months or so:


Great auto press reports, plus lots of advance orders from dealers - the ATS is generating a lot of pre-orders from buyers.
"Those who would give up essential liberty to purchase temporary safety deserve neither liberty nor safety!" B.Franklin
Top


That would definitely give them a unique selling point in the luxury market.
Democrats haven't been this angry since we took away their slaves.
Top


Rules?
You mean government regulations?
Bring back the Concorde
Top

My Dad owns a 1999 Cadillac Seville built in the UK and I cannot begin to express how much we as a family love looking at and driving in it. To me their current models look bulky but their 1999 Seville was pure understated elegance with all the comforts inside, a powerful engine and very smooth ride: I hope they return to something similar!


Ummm, All '99 Sevilles were built in Hamtramck, Michigan, including the left-drive ones.
Democrats haven't been this angry since we took away their slaves.
Top


Sorry that's my fault. I should have said built for the UK market but in the USA.


While I agree, there are financial reasons GM/Cadillac have slowed introductions (or cut altogether) some models from the ATS line-up. Additional costs for engineering, tooling, and production of the low-volume ATS coupe and convertible models have slowed the ATS program (the ATS wagon is still to be produced, the question is when) - GM is still having financial problems (despite the US taxpayer bail-out) thanks to their Opel and Vauxhall divisions in Europe. No matter how nice some Opel models (like the Insignia) are, the Opel brand has a terrible image problem in Europe (as does Vauxhall in the UK) and is seen as an old persons car. Kind of like the image that Buick is trying to overcome in the USA, but without the Buick's appeal in the Chinese marketplace.

GM Europe is bleeding so much red ink that GM is again in relatively poor financial condition. GM North America is focused squarely on the launch of its next-generation full sized pick-up trucks in North America at the moment, and has spent a huge amount of money on completely retooling the Silverado/Sierra assembly plants in the USA and Mexico. The new pick-up trucks should be in dealerships next year.
"Those who would give up essential liberty to purchase temporary safety deserve neither liberty nor safety!" B.Franklin
Top


I disagree Vauxhall is the second largest brand in the UK market after Ford.
Top


You can pump up your sales with big fleet and daily rental deals, as well as hefty discounts to retail customers, but that won't improve your image. Even Vauxhall's website freely admits you can get a discount of many thousands on the (admittedly inflated) list prices, suggesting that they're not concerned in the slightest about any damage that this might do to their brand. So they'll sell a lot of cars now, making not a lot of money, but there's a danger of a downward spiral, which is a pity as their newer product (e.g. Astra, even Insignia) is really very good.

The problem with playing the discount/volume game these days is that there are now other manufacturers with equally competent products and a much lower cost base, such as Hyundai/Kia and Skoda. If GM choose to fight a discounting battle, they'll eventually lose, even if they take advantage of the new alliance with PSA.

I feel that concepts like the Ciel fit my image of Cadillac well - there's a difference between classic American luxury and classic European luxury and I think that this needs to be exploited. There's no point having a Cadillac that's 'almost as good as a 5-series' because that's all it'll ever be. It's either got to be better - or so different that people buy it just because it's a Cadillac.
Have you ever felt like you could float into the sky / like the laws of physics simply don't apply?
Top


That's the same with all the big players in the UK market.
Top
Post Reply