Just announced on pretty much evert news siurce in the country. The Queen will step down 30 april.


I am no royalty buff.

The first question that comes to mind: Who will be taking over after she steps down? Is that the son who married the woman from Argentina?

Why is she stepping down? She looks rather fit. Last I saw pictures of her she does not look ill or unwell.

Edit:
I see there is an article on the BBC News website

Queen Beatrix of the Netherlands to abdicate for son

Queen Beatrix of the Netherlands has announced her abdication in favour of her son, Prince Willem-Alexander.
The queen made the announcement in pre-recorded address broadcast on Dutch television.
The queen, who is approaching her 75th birthday, said she had been thinking about this moment for several years.
She said the responsibility of being the monarch had not been too great, but now was "the moment to lay down my crown".
Queen Beatrix has been head of state since 1980, when her mother abdicated.


So after the Queen abdicates it will be Wax and Max.

Shame for all Dutch employees it's planned for April 30th. They would have gotten a paid day off otherwise. Hurray for the self-employed!

Let's hope KL comes with a stunning special livery for the occasion, and that the Fokker 70 PH-KBX may finally be replaced for something more serious and fitting for the job. Suggestions please!

Whatever you may think about the monarchy, she was a great head of state and a true woman of class.

Never ask somebody if he's a pilot. If he is, he will let you know soon enough!
Top

It's amazing that the announcement of her stepping down is coming 9 months after her actually stepping down (2012, as per the header)!

I imagine a certain son across the water is saying "But Willem-Alexander's mom let HIM be king!!!"
Top

I changed the subject line, some day i'll get user to the new year, probably november-ish.

KLM crew around the world have been informed by dispatch via ACARS.


In the Netherlands it's already a habit to abdicate, Wilhelmina stepped down when she was 68 and Juliana when she was 71 and both lived for another 14 and 24 years of which the first years were in reasonable health. Indeed it seems more human when you have a son or daughter who are already over 40 and perfectly prepared to take over the job. Look at Pope John Paul II who suffered so much being ill and ailing and still being wheeled around the world in his last 10 years, just because of protocol that he didn't addicate and have someone fit and energetic and better suited for the job appointed to take over his tasks. And looking at Elizabeth's health, probably Charles will be almost 80 before he finally becomes King, that's a bit sad...
The interesting thing is that Beatrix made a point (more clearly then the English article you quoted) that she still feels powerful enough to continue but feels a younger generation should take her place. Also she quits being a few years older (75) then ther mother and grandmother. Probably forcing Willem Alexander to not retire before he's 77.
nobody has ever died from hard work, but why take the risk?
Top 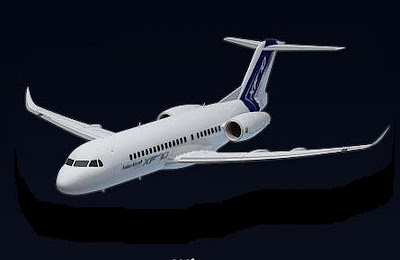 
Tradition in the House of Orange, one of the few (I can think of, anyway) royal houses who has that tradition. The idea that our Queen should abdicate tends to pop up in Denmark every now and then, until it's pointed out that a) the current Crown Prince & Princess already fulfill a lot of the side-engagements (travelling with trade missions, doing state visits, etc.), and b) the last Danish regent to step down before he died, was Christian II in 1523 and he only did so because of the Danish civil war that was the result of the Reformation.
Top

I think is very honorable of Queen Beatrix to step down and have her son take over in an orderly fashion. I am quite sure the demands of appearances throughout the country and territories and wanting to give the best at all times is very taxing on her at her age. I know the people of the Netherlands very much love and respect their Royals and will openly accept this change.
Will there be a major ceremony of the change to the King on April 30th or will their just be a simple ceremony that day and/or a major ceremony at a later date?
Top

I will actually miss her.

She is a perfect head of state, but as she said: the future belongs to a younger generation.. Something they should listen to in Belgium, which already has discussions if our king should do the same.

At least she leaves with grace and style...

Thanks for keeping good connections with your little neighbour, Beatrix!
Got both LO 788 frames already, next LO E95 and 734 BRU-WAW-BRU
Top
Post Reply