"Unmarried Republican Sen. Lindsey Graham says that if he becomes president, he will have a “rotating first lady.”

“Well, I’ve got a sister. She could play that role if necessary,” the 59-year-old South Carolinian presidential hopeful told Daily Mail Online in an interview published Tuesday. “I’ve got a lot of friends. We’ll have a rotating first lady,” he added.

But I heard that Caitlyn still likes the ladies herself and has retained her original unit. I honestly can't keep track of what that means. She's like power point, I think I get it until I have to explain how it works.
Top 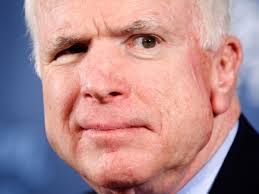 Why does he need a first lady? Since when did becoming President require having a spouse? I don't recall reading that section in the Constitution - maybe someone can point that out to me.....

There are plenty of reasons to note vote for Lindsay Graham as President (and I doubt many will anyways), but his lack of a spouse is definitely not one of them. The First Lady's role is not a Constitutionally defined position, and has no official obligations. Anything she (or he) does is completely voluntary and supplemental to the Presidency.

On a side note, from what I understand, he's more likely to have a First Man instead of a First Lady.
"All human activities are doomed to failure." - Jean Paul Sartre
Top


Well he can have both with my suggestion.
Top


Yup, that's pretty much the general word on the street...

He's not a viable candidate by any means anyhow, so this is a moot point.
Top


The proper term would be first gentleman FYI...
Top


This is one of the few things of a candidate that truly does not matter. Whether he has a first lady, first gentleman, first bro, first sister, I don't like his political stands. That is what I look at when I vote. Not who they are in a legal and loving relationship with.

However, if he adopts a wide stance and starts toe tapping at MSP, then it is open season.
You bet I'm pumped!!! I just had a green tea!!!
Top

I didn't get back in time to add this:


The Democratic party wouldn't be as receptive to his constant calls for war.
Top

I think Lindsey Graham needs quite a few things before he'll have to worry about getting a first lady....


I think half the party (despite their personal opinions) would just love it if the GOP got past the gay issue but they don't want to be the first ones to jump in front of traffic... they'll get obliterated


That is going to be a huge problem for him. I prefer him as a candidate more than most other Republicans, but don't see how he can get through the primaries without taking a beating on "is he or isn't he" ads and robocalls.

Interesting point if he is gay - would getting bashed about on that issue be sufficient to get him to move across the aisle after his next re-election?
Top


No. I think he is getting too much money from high power types to switch parties. Except for that, he does come across as moderate-ish. He at least tries more often than not to sound sane. I don't think he believes some of the crazy he says but he, like most candidates of either party, just says it because that is what their "contributors" told them to say.
You bet I'm pumped!!! I just had a green tea!!!
Top


It is for family-loving Republicans who insist that marriage is sacred. After all, being celibate is counter to God's plan for mankind which, unless they're devoting themselves to service, must marry and reproduce.

See? Made it an issue already.
"You haven't seen a tree until you've seen its shadow from the sky."
Top

How he gets re-elected amazes me. I find him a boring speaker, no charisma at all. As was said earlier, he has more problems than being straight or gay, he could put you to sleep and that does not cut it in Presidential Elections. I think half of the pretenders on the Republican side have the same problem. ZZZZZZZ. When the hatchets start swinging, he will not stand a chance because of the is he, or isn't he?
It is better to die on your feet, than live on your knees.
Top


Looking at the '14 election results, it seems SC isn't that fond of him as they are with his junior counterpart, Tim Scott, who received more votes than Graham in the same election.
"You haven't seen a tree until you've seen its shadow from the sky."
Top


So if he doesn't find someone to marry him for whatever reason he should just force himself upon a bride, ISIS-style? I mean, liberals already discriminate against single people in so many areas ("You are single and died a day before your retirement? Tough shit, all the Social Security contributions we made you pay go to naught.") so wouldn't put it past you.
Read this very carefully, I shall write this only once!
Top


It works both ways too. I know plenty of wealthy, and/or Muslim-hating, and/or war mongering homos would probably be a perfect fit into the GOP, if it weren't so damn anti-gay.

Some of them content themselves with being "independents," and others just do their best to ignore (often to the point of delusion) the extreme homophobia in their party, and are Log Cabin/GOProud types.

But yeah, I bet they truly could claim some of the moneyed gay types. But they'd still rather court the Evangelical types for now, apparently.

He'd probably have to move across the country too, if he wants to still be a player in contention.


He doesn't get elected on populism, he gets elected because he's consistently proven to moneyed interests (particularly those in defense) that he'll say/do whatever they want, if they just keep him funded.
I myself, suspect a more prosaic motive... ~Thranduil
Top


I'm not the one who blabs about what goes with and against God's plan. I don't live in SC and even if I were voting for a Republican he wouldn't get my vote. What he does with his life is his business, but he can't say to my face that I can't marry a guy because it's not traditional/Biblical marriage but conveniently leave out the part about "going out there and multiply".
"You haven't seen a tree until you've seen its shadow from the sky."
Top 
That would be the government and not "liberals". I know you want a one party system like North Korea and Somalia because it works so well there....
You bet I'm pumped!!! I just had a green tea!!!
Top


And that is certainly an indictment of our election system, it is not the money that is voting, it is the gullible voters voting for the moneyed interests who pay for the propaganda that keeps the wealthy, wealthy.
It is better to die on your feet, than live on your knees.
Top


Again, you do realize it takes at least two people to "go out there and multiply", correct?


From the pervasive, institutionalized corruption we have seen in the last few years across all levels of entities like the IRS, the DOJ, etc. I am not sure there is much of a difference any more.
Read this very carefully, I shall write this only once!
Top


The higher the hair, the closer to Jesus, isn't that the saying?


Not as long as there is a black Kenyan Muslim socialist imposing Sharia and taking everyone's guns away. Funny how the exact same (or worse) was happening under a rich white guy and it was business as usual. Nothing to see there, move along.
You bet I'm pumped!!! I just had a green tea!!!
Top

Rotating first lady... Am I the only one thinking about a sex act ?
New Technology is the name we give to stuff that doesn't work yet. Douglas Adams
Top


Again, what he does is his business. If he wants to remain single that's his choice but my point still stands: he has no moral ground to talk to me about social issues.
"You haven't seen a tree until you've seen its shadow from the sky."
Top


Again, completely missing the point here - remaining single is not necessarily a person's choice, as doing the opposite requires the consent of two people (not just him). Do you think Susan Boyle remains single by choice as well?
Read this very carefully, I shall write this only once!
Top


That is true, but it doesn't seem he's putting much effort into changing that about himself. Ergo, it's a choice.

I'm certain there may be a woman willing to be Mrs. Graham if they're both compatible.


Some people make the choice. Susan preferred to stay with her mom. Now that she's dead and she has more resources at her disposal, it turns out she's trying out the dating game.

I will agree that some people are simply unfortunate enough to not be attractive to others, but I'd argue that many of the ones that are single well into their later years are simply because either they want to remain single or haven't found someone they've felt compatible with.
"You haven't seen a tree until you've seen its shadow from the sky."
Top

How about Michelle Duggar?? Her meal ticket is potentially about to lose a lot of income.
Top

Wasn't there at least one unmarried US president during the 19th century?


James Buchanan. Rumors surrounded him and William King (Veep under Buchanan's predecessor Franklin Pierce), as they lived and attended social functions together for many years.


Pretty much. Graham started out fairly moderate and tacked harder right as the Tea Party types in SC have expressed more and more displeasure with him in their search for a perfect candidate. I know several of the more conservative members around here used to mention him in the same breath as guys like John McCain as RINOs.


It's South Carolina. We elected Strom Thurmond when he was 94 years old and well on the road to senility knowing that he'd be 100 when (if) he finished his term. If you're an incumbent with an (R) next to your name, there's not much chance you won't get elected.
South Carolina - too small to be its own country, too big to be a mental asylum.
Top


Pres James Polk wrote about this; there were some insinuations that Buchanan was gay. In fact, strangely enough for the time most people didn't seem to care, but many historians and authors have said as much, stopping short of an outright declaration of it.

Buchanan also ranks as one of the worst presidents, FWIW.
Top

Graham's sexuality is an open secret. His sister would probably be the First Lady, like Buchanan's niece was.


He isn't looking for a gal.


This is what I am talking about: If they can accept him, why can't they accept ALL of us?
You bet I'm pumped!!! I just had a green tea!!!
Top


...because not all of us are misanthropic money-whores who are willing to ignore the horrific financial+human cost of pointless war, in exchange for political gain?

Graham's antics serve their purpose... our general wellbeing + right to live a life with the same protections/access as others, do not.
I myself, suspect a more prosaic motive... ~Thranduil
Top
Post Reply