The Pyongyang Metro has introduced new metro trains in late 2015, built in the DPRK (the previous trains were built in East Germany and China).

Please keep your political comments and/or bashing out of this thread, feel free to start a separate one. This thread is to discuss the new trains and nothing else. We on A.net are transportation enthusiasts, remember.

In my opinion, the new trains look typically Korean. The shape, position and size of the headlights remind me of the Paektu cable car, built decades earlier at the same locomotive factory. Quite a few design similarities:

Also, it's quite obvious to me that the exterior colors mimic the German ICE bullet train:

The Supreme Leader Kim Jong-eun visited the Kim Jong Thae Electric Locomotive Complex on November 19, 2015 and it looks like he liked it. Here are some photos from the visit, including interior shots:
http://economictimes.indiatimes.com/...metro-train/slideshow/49517410.cms

I'll have to say I'm not a fan of the interior. But overall the train looks nice.

That's actually very impressive to build such a thing with so few resources. Of course, we don't know how well they work.
Top


Yes, they both have two headlights.
Top

There's not a lot to go on, but a closer look at the front end of the driver cab seems to indicate a really average metalwork (if this is even metal).

Whatever can be seen of the undercarriage looks positively Victorian.

If I had to bet, I would say this are modern-design-ish cabins (and probably poorly made too) stuck on top of some old generation rolling gear.

But if that's good enough for the supremo, then who am I to judge? He might not even execute the engineers and project managers if his mood is good enough.

(sorry, it's hard to stay apolitical with this f#*knut).
Top

Is this Chinese built then North Korea assembled? That's what happens with most of their heavy industrial products. Even a guide in the national industrial museum had to admit that with the "North Korean" cars

AFAIK these are actually the German "Dora" trains, extensively remodeled. Just compare it to this picture:
http://upload.wikimedia.org/wikipedia/commons/9/90/MetroPyongyang.jpg
The whole structure is pretty similar, including the three windows for the cab. Also the windows and doors on the side have the same position.

http://www.youtube.com/watch?v=m6gMAXsvUV0#t=17m34s
Here's a video of the new train in motion, exterior and interior.

The train's interior finish is as crude as the exterior metal work Francoflier noted.

Fascinating video, 45 minutes of the Great Leader. I always think "dead men walking" every time I see those poor schleps following him around writing in their notebooks. The poor guy at 29:47 looks to be shaking in his new boots by 30:36. The narration is resounding, nearly orgasmic at times, I almost stood up and saluted at 44:40. I wonder how many of his hair stylists have gotten the bullet.
Top


Most of it is for show. He is always portrayed in the media as being a wise figure, constantly sharing his wisdom to benefit the nation and improve the farm/factory/construction site he is visiting. They do this by showing the army of notebook carrying aids following his every move, frantically trying to jot down his advice.

When I visited North Korea 2 years ago, they took us to a hydro dam project that was the pride of the nation. They showed us the propaganda video (in English) which repeatedly claimed that Kim Jong-Ill repeatedly visited the site to provide advice, and was even the one who advised them exactly where to put the dam (Because their own experts apparently couldn't work it out). The construction project was struggling at one point, but Kim Jong-Ill came back, and saved the day with his advice yet again!
Top


Can you educate me? What are you looking at that gives you this impression?
Top

I had heard that the trains had electrical problems and, sometimes, people would be electrocuted. Have they fixed that?
Top


It was not the problem. It was by design. The train was meant to be transport dissidents and 'agents of imperial US of A' .

Mind you, they were supposed to have all new subways and streetcars, but Bombardier has been dropping the ball. New rolling stock is slowly arriving though. 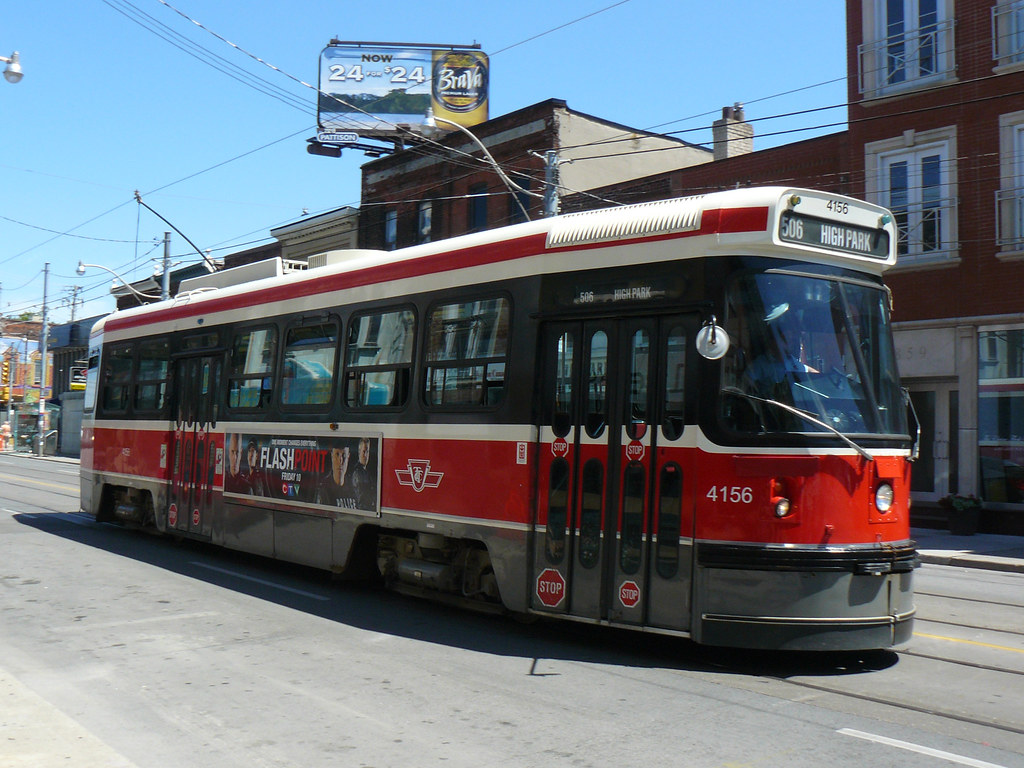 
hate to correct you, but the Gisela's are narrow-profile Trains, built in East Germany beginning of the 80's while the Dora's are Wide-Profile Trains from the West, built around 1955-1970. The rest is correct, except that we use 750V.
Top


Years ago (back in the 1980s) the THW unit I was in (Kreuzberg-Neukölln Company) did some training in Britz Süd BVG depot to practice rescue inside the tunnels and how to put a derailed train back on it's tracks. We got told to be careful where we would pee if we had to inside the tunnels because of the third rail and also how to install a short circuit device to make the automatic circuit breakers for the train power open in the distribution centre. This is how i remember the different types of power pick up. And the first time i saw a picture of a North Korean underground train I noticed tht they looked familiar.

Wow, looks nice. Hopefully the DPRK calms their tits so I can get over there and ride on them!


Doesn't China supply them with Steel? Or at least they did until all of their nuke testing went on.