How did you all enjoy Christmas this year, because I had a wonderful time with family and getting presents today. Also, what is the history of Christmas and how popular is it outside of the Western and Christian world.
Top

Wow, the second part is a fairly loaded question.

As for my Christmas, my kids stopped believing in Santa a long time ago. We buy them each a "big gift" they ask for. My son wanted a hiking tent for an upcoming trip to Philmont. We bought him a Nemo Hornet that weighs in at 2lb, 6oz. My daughter received a 3 day pass to the Forecastle Festival in July. Other than a few small stocking stuffers, that's it for them.

I received a pair of slippers, some Christmas socks, and a used Kindle to replace the one that I cracked last year.

Don’t really understand the purpose of the second question - Google is a thing, yeah?
If you need someone to blame / throw a rock in the air / you'll hit someone guilty
Top

I had a lovely day with my wife, my daughter, my dog and my in-laws. We opened gifts, ate nice food drunk too much watched the snail and the whale on the tv.

Some people spent the day believing it celebrates the day when god was born in the form of Jesus after he impregnated a 13year old so that he could come to earth and torture himself then pretend to die for 3 days to make sure that we were forgiven for sins we didn’t commit but were somehow guilty about because the magic rib lady ate an apple when a talking snake told her to.

Christmas is s nice time to break the winter darkness where I live and to make sure we show people we care. I imagine I we didn’t have Christmas then winter would be too long for me.


Sent from my iPhone using Tapatalk

ArchGuy1 wrote:
how popular is it outside of the Western and Christian world.

Best regards
Thomas
Well, there is prophecy in the bible after all: 2 Timothy 3:1-6
Top

Very enjoyable day, as usual. The day started with a (purely photographic) trip to the Forty Foot annual Christmas Day swim in Sandycove, Co Dublin, which was unbelieveably packed. It's not every day of the year that you bump into your prime minister and his boyfriend going for a swim: 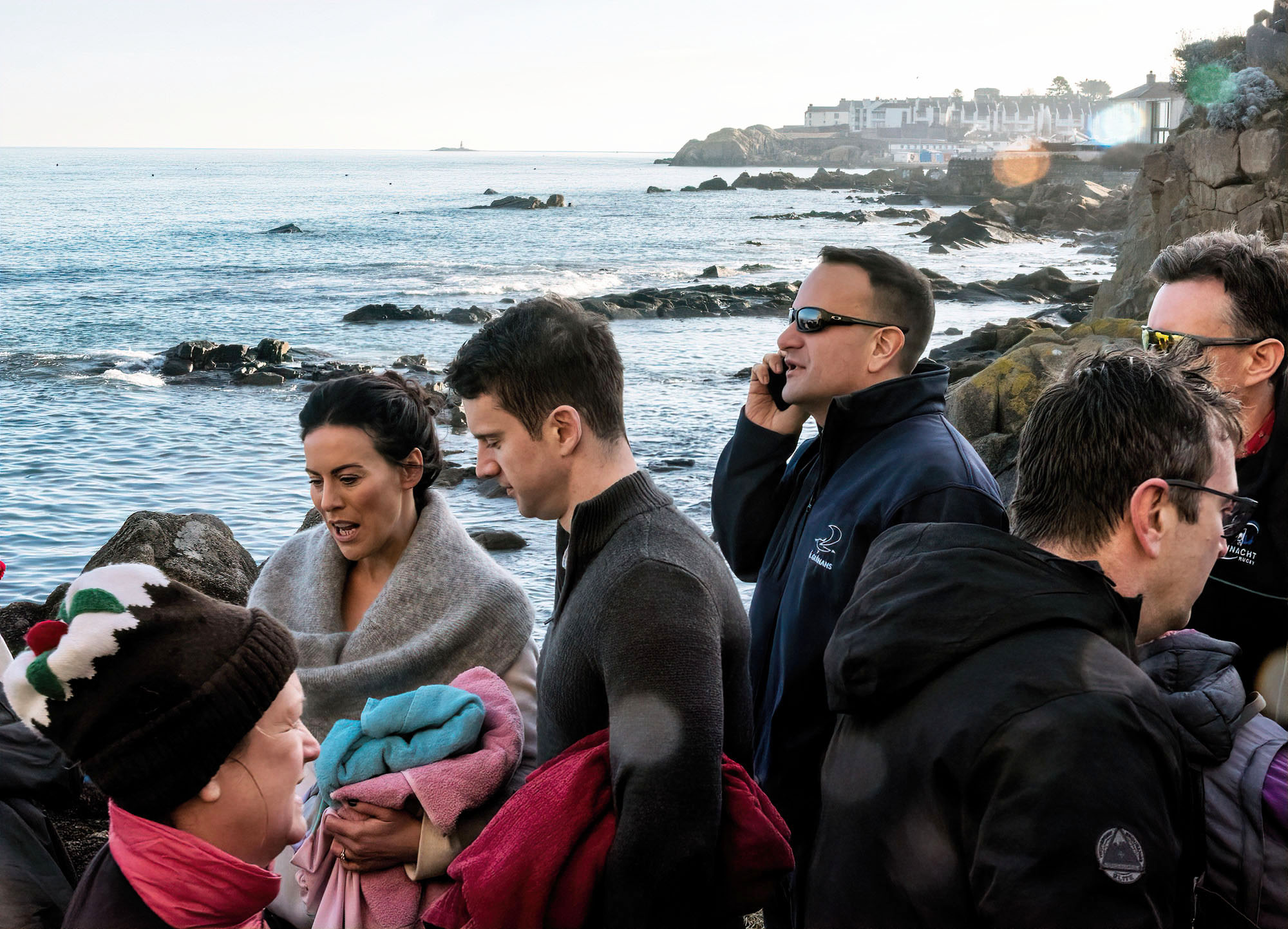 After that it was visiting family and friends and a traditional meal of turkey, ham, spiced beef, roast potatoes and veg, plus a few drinks, of course. Then home for editing the 350 pics I took on the day. Can't think of a better way to spend it

I have no wife or kids my parents are long gone so I went to my best friends daughters house to watch her 4 kids open presents they range in age from 11 to 16. I gave them a card each with 100 dollars in it. Barely got a rise out of them and only 2 of the 4 even bothered to say thank you. Only went there so I wouldn't be home alone I lost my only brother 4 months ago to an overdose of Fentanyl and had to put my cat to sleep only 3 days ago so you asked how Christmas was well this year it sucked.
Top

I spent Christmas Day cleaning up the apartment I lived in, before I hand over the keys on the 31st.

Went to IHOP for breakfast and I think I could have driven to New York and back before I was served (even though the restaurant was fairly empty).

Social media does not help: when you're alone and not included in anyone's plans, it sucks. I'm used to it, but every now and then it

<rant>BUT, I'd rather be alone than be with people who don't do anything on the day. People ask me if I ever spend Christmas with family and since I've been in the mainland US, only one Christmas was with family, but it was a repeat of the same thing EVERY EFFING YEAR:
-Christmas Eve: go to grandma's house to eat, cousins leave early, and it's just my sister and I with my parents, my aunt, and grandparents, all of who want to play bingo. And my sister and I can't leave because we're on one car. By 7pm everyone is back home.
Christmas Day: small breakfast (a rehash of what we make every day), open presents, reheat leftovers for lunch, everyone to their rooms to watch TV.

Thanks, but I'd rather be alone. Not worth spending well over $1000 to go down to twiddle thumbs. </rant>
"You haven't seen a tree until you've seen its shadow from the sky."
Top

I went to a relatives house. We drank booze and ate good food while watching movies. It was simple but enjoyable.
Top

I had a great Christmas. I still get to play Santa though and had so much fun seeing the joy and love that comes from it. i may lose it after this year , but i though that two years ago. Maybe the kids are still feeding the ego? Get to spend an extended Christmas in the coming weeks as we could't all be together this past week.

I lost loved ones this year as well, and it hurt that they were not here. I tried to continue traditions that they loved this year.

Wishing all of you the best for the new year.
Where ever you go, there you are.
Top
Post Reply