Ok,here goes....I have been following this website and the forum for probably the best part of 10 years and knows the insults that follows when asking a border line stupid question,but I was wondering if anyone can explain this to me.

Most of the topics involving putting a new engine on the 737 explain the difficulties in making the landing gear longer.

Has any thought been given to moving the engines to the top of the wings,similar to the Honda jet just on a larger scale?

I know it would look a bit strange,but other than that, are their any aerodynamic drawbacks?Would the strengthening in the wing need a lot of modification?Would there be enough clearance to still use the emergency exits on the wing?

The major drawback would be the way more difficult maintenance. On the Honda Jet with its ultra-low wings this might not be a problem. With a 737 that would be a problem apparently.

Also I guess the wing must be strengthened to do this. And this would make the 737 heavier. And last but not least, the wing and aircraft are not designed for an engine on top of the wing. And when you design an aircraft, (especially regarding aerodynamics) you can't just slap parts on and off AFAIK.
Top

I guess also the pylon structure would be significantly heavier as well.

Finally the change in the thrust line would affect the aerodynamics requireing numerous other changes.
Last edited by StTim on Fri Jul 22, 2016 8:08 am, edited 1 time in total.
Top

The FAA and EASA wouldn't like it either. They would almost certainly regard this as a completely new aircraft and require lots of expensive testing as well as relocation of the emergency exits. That would send costs spiralling upwards and introduce all sorts of engineering nightmares.

There is also the small matter of an uncontained engine failure potentially shooting debris into the cabin walls. Those do happen after all. At least with underwing engine pods there is some structure there to protect the passengers. Putting the engines up towards the window strap makes the pressurised cabin even more vulnerable.
Top

This is not such a stupid question - don't be harder on yourself than you have to be.

But if you look at a 737, you will notice that exhaust from turbines on the top of the wings would directly hit the horizontal stabiliser, if you just swapped the engine position. And the exhaust directly hitting the stabilisers has to be an aerodynamic and control nightmare: putting engines on top of the wing really requires the rest of the plane shape (and in particular, the tailplane geometry) to be adapted to that. Also, as others have pointed out, maintenance is probably a bit more difficult (but probably not by that much - after all, one can stand on top of an airliner wing). It would also make the cabin significantly more noisy, as the turbine exhaust would be at window level. The engine pylon is probably not that much heavier for such a design: after all, the pylon has to bear fairly huge forces even in an underwing configuration. Supporting the engine at rest can't make that much of a difference.
Top

Don't be too hard on yourself. VFW Fokker and the VFW 614 once saw merit in the idea. The 737 airframe/engine layout has been a tad more successful though!

There's rumours that the guys who worked on this are now with Airbus, working furiously on a project called DAD. Apparently DAD is going to answer MOM back.... 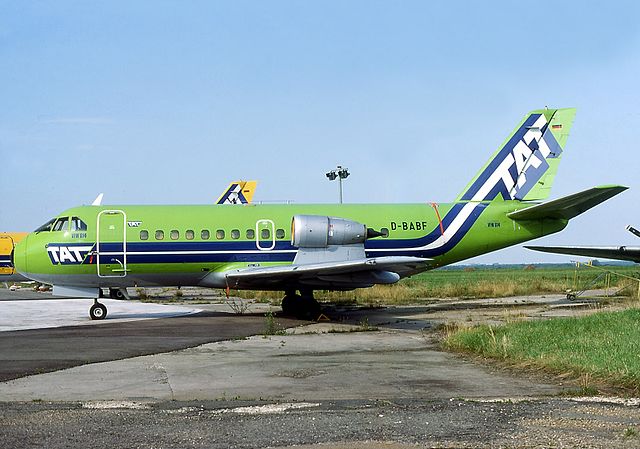 Since this seems to be more of a theoretical discussion: How about a T-tail with aft-fuselage-mounted engines a la DC9?
Top

It would be a completely new design again. It would be better to fire up the old Long Beach plant and crank out some real DC-9s with new engines and wings.

And for the topic author, welcome as a registred member! Don't worry too much about insults or stupid questions. It's rewarding being an active member on these forums. And if someone insults you, remember that the other readers will look at him as the idiot, not yourself.
Top

Just to add my voice to the general noise; in engineering terms it's not that difficult to do (I don't think the pylon would need to be significantly heavier, the wing wouldn't need to be much stronger and I don't think moving the engines up a bit changes anything safety-wise despite what others have said - yes the wing structure might add a little protection under some circumstances but as far as I know that minor reduction in energy of ejected shrapnel is not considered for certification purposes anyway since it's too random).

You would have to change to a T-tail as well, but the big problem is you're completely reconfiguring the basic aircraft - i.e. where all the the mass, lift and thrust vectors are centered. In effect, your entire aircraft is now "wrong" and needs a complete redesign and re-certification...
"As with most things related to aircraft design, it's all about the trade-offs and much more nuanced than A.net likes to make out."
Top

That almost flew. BAC and Hawker Siddeley both had designs for such an aircraft on their boards at one stage.

HS was considering a twin engine derivative of the Trident body with rear mounted CFM56 engines, which were just starting to become available. BAC looked at something similar for the 1-11.

More interesting and closer to being built was the BAE 146 twinjet. A 130 seater with twin CFM56 engines under the wing. BAE's participation in Airbus ensured that project never went further than the drawing board.
Top

2 ears for spatial hearing, 2 eyes for depth perception, 2 ears for balance... How did Boeing think 1 sensor was good enough?!
Top

SomebodyInTLS wrote:
You would have to change to a T-tail as well, but the big problem is you're completely reconfiguring the basic aircraft - i.e. where all the the mass, lift and thrust vectors are centered. In effect, your entire aircraft is now "wrong" and needs a complete redesign and re-certification...

... thus obliterating the whole point of the exercise: to avoid the re-design which would be needed to accommodate the longer landing gear.
Top

That would have been the 7J7, but Boeing kept the 737 instead.

For that matter, weren't there some early 737 concepts that were basically just a shrink of the 727 with two engines engines instead of three? In other words they retained the 727's t-tail and tail mounted engines. Obviously the final design moved the engines to the wings and used a conventional tail, IIRC because Boeing's engineers discovered that was the most efficient arrangement.
Top

Yflyer wrote:
For that matter, weren't there some early 737 concepts that were basically just a shrink of the 727 with two engines engines instead of three?

Boeing and Aeritalia also worked on development concepts in the 1970s that had two or four engines mounted effectively in-line with the wing (the exhaust port exited over the top of the wing).
Top

a320fan wrote:
The VFW 614 is a clear example that the design can be used, however that aircraft was limited to Mach .65 due to flow separation around the pylon.

It may originate from problems during flight test. I early flight test the VFW 614 experienced some rather nasty disturbance or the airflow between the fuselage and the engine pylons at around Mach 0.65. The pylons were re-profiled and slightly angled, and that cured the problem. (VFW lacked a proper high speed wind tunnel to discover that in the design phase).

That issue is exactly the same on high wing planes with underslung engines such as BAe-146 and a long range of military transports.

Anyway the VFW 614 certainly wasn't a fast plane. And very likely it seldom or never cruised faster than Mach 0.65. The 13 planes, which made it into airline service, flew only very short routes. For instance Cimber Air had no route exceeding 150NM. Forty years ago the air space was less crowded - no need to go high on short sectors. Consequently I don't think that any production VFW 614 plane was ever equipped with passenger oxygen masks, and they were therefore limited to max FL250.

At below FL250 economic cruise speed was likely a good deal slower than Mach 0.65.

Overwing engines can be done, it just has to be done right. Anyway I can't imagine that to be the way to secure B737 production during another fifty years.
Always keep your number of landings equal to your number of take-offs
Top

If such changes are incorporated the 737 will turn into an ugly airliner of the century
I am not an Airbus or Boeing fan, just an aircraft fan
Top

Then the question is, how much more can improvements be made within the engine to produce even more thrust but still be efficient or has that limit been reached ?
Top

Thank you for all the replies,so much interesting information,especially about designs I never knew was around.
Top
Post Reply