Amsterdam School airport got an overall of 6 runways which is a pretty good number compared to the other major airport in the world.

Amsterdam School airport got an overall of 6 runways which is a pretty good number compared to the other major airport in the world.

I believe the Polderbaan was in part built to take traffic away from the city, while 04/22 is from the old days of the airport and still used mainly by bizjets.

Most important reasons are the wind and the airport is close to houses. The airport tries to split out- and inbound traffic between certain runways of which the 36L is most used for take-offs and 18R for landings. There are certain peaks where 3 runways are in use at the same time (2 inbound + 1 outbound OR 1 inbound + 2 outbound).

In case of hard wind from unfavorable directions, you can understand there are inevitable delays as runway capacity is restricted.
Top

That's correct. Additionally, with the North Sea really close by, the winds can come from every direction and be pretty strong. Hence, having runways in all directions helps keeping the airport in operation throughout. Seeing a 747 hovering over the old city centre to land on the shoooort Oostbaan 22 during a storm from the southwest is still quite impressive

Another remarkable thing is that, due to wind and noise-preferred runway operations, the combination (and indeed direction) in which the runways are used change throughout any normal day, wheras airports like FRA have procedures for that which are far less flexible.
Top

There are peaks when 4 runways are in use, most of the time just 3.

Capacity wise the airport could have done with 5 runways (1 spare for maintenance), but the oldest runways can’t all be used independently and the last added runway causes noise disturbance to less people hence it was added.

There is even room for a 7th and 8th runway, which would also disturb less people than the 3 most Eastern runways. 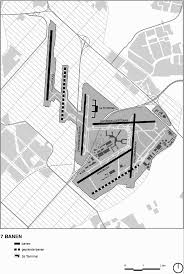 IIRC when the ‘new’ AMS was on the drawing board in the 1950’s and -60’s the original design called for 6 new runways: 19L/R, 27L/R and 24L/R. 27L and 24R were scrapped from the plans because at the time it was believed AMS would in the end never need this much capacity. Hindsight is 20-20.
The 3 different directions the runways are pointing are indeed because of the winds. Winter storms can come from any direction between southwest and northwest mostly.
Top

Above points but they also have the space to have a sprawling airport site and it's probably how all airports should be rather than be the old one out!
Top

Amsterdam Airport Schiphol was founded in 1918 as a military airfield, without any runways.
Runways did not yet exist in those days. Airfields consisted of large grassy fields, on which aircraft just turned their nose into the wind for take-off and landing.

The AMS runway lay-out is based on the 1947 plans presented by the first airport director Jan Dellaert.
These plans recognised that the performance of propeller aircraft was much influenced by the direction of the wind.
Most airports of those propeller days had multiple runways in various directions. 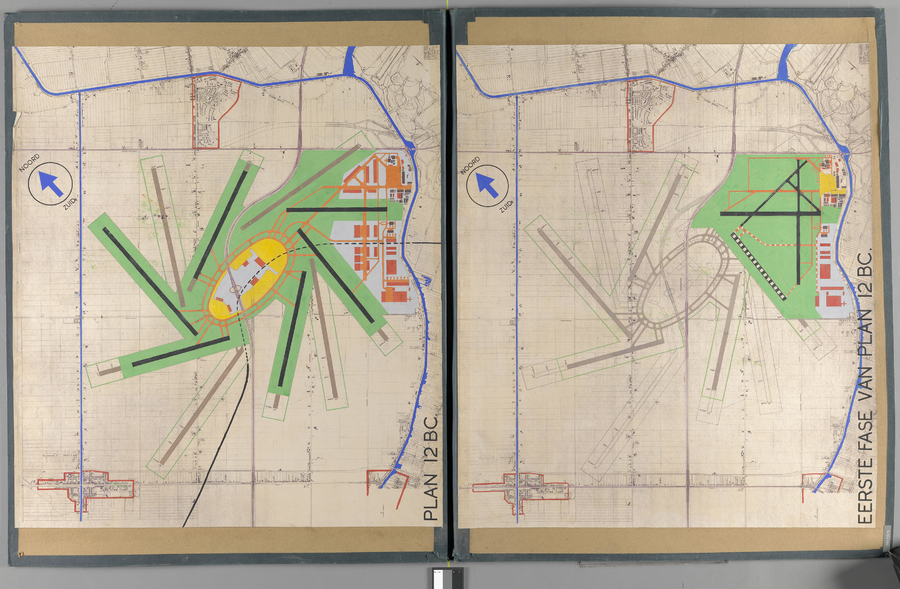 Later on, in the jet age, the volume of traffic dictated the need for parallel runways.
This led to the current 3x parallel runway and 3x original tangential runways.
Wind is a major issue for the airport due to its closeness to the sea.
Top
Post Reply