In the 1980s, Nicaragua started a warm relation with the USSR after the U.S. backed Nicaraguan president was overthrown 1979. This led to the support of the Nicaraguan revolution from The Soviet Union in the form of military aid as well as civilian industrial equipment, including a TU-154 to the national carrier AeroNica, and educational programs at Russian universities for the brightest Nicaraguan students in exchange for the little Nicaraguan goods the country could offer to USSR in return. There wasn't really must Nicaragua could offer to the USSR really, but it was a huge win to throw in Ronald Reagan's face that the USSR had landed closely to the US backyard. Thus, Aeroflot started once weekly Ill-62 service from Moscow to Managua as an extension from its defacto Havana hub. Service to Havana operated up to 10x weekly and flights continued on to Mexico City, Kingston, Managua and Lima. Buenos Aires was served via Dakar from SVO.

Here's a little bit of evidence I have been able to find.

The flight sitting at Havana. Notice the Cubana Tu-154 also on the MGA tarmac. 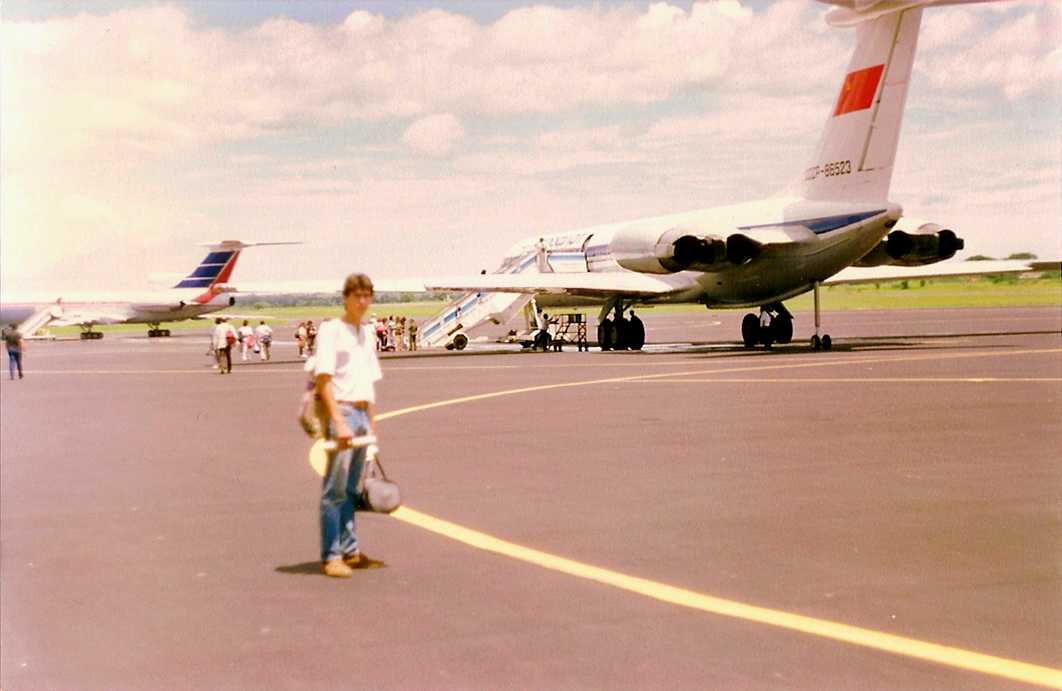 A billboard in Managua advertising a great way to fly to Europe via Aeroflot via link.

Interesting route wouldn't you say. Care to post any other information regarding the flight or the USSR's involvement in Nicaragua related to this flight?
Pan Am - The World's Most Experienced Airline.
Top

Correction - pic of Aeroflot plane is at Managua as it start of journey to Moscow with next stop Havana.
Pan Am - The World's Most Experienced Airline.
Top
Locked