Looking for information about a de Havilland Heron, c/n 14142 N584PR wearing a "Southeast State" livery.
Who knows this airline or operator?
Top

wieesso50 wrote:
Looking for information about a de Havilland Heron, c/n 14142 N584PR wearing a "Southeast State" livery.
Who knows this airline or operator?

There was a Ft Lauderdale-based company called State Airlines, which began operating in late 1981 between FLL and SRQ. In 1982 it was also serving FMY and TLH. This was basically a Cessna 402/Piper Navajo operation. In 1983 it added routes from FLL and PBI to several points in the Bahamas. In early 1984 it acquired the business of a company called Southeast Airlines, which was the southern division of parent, Starflight International. The merged carrier was called "Southeast State." Along the way it acquired said Heron, a Dove, and a Nomad. I don't know how many of these actually entered service, as Southeast State went out of business by summer 1984.

Southeast should not be confused with the 1970s Florida operator with the same name.
Top

Do you have a picture to share?[/quote] 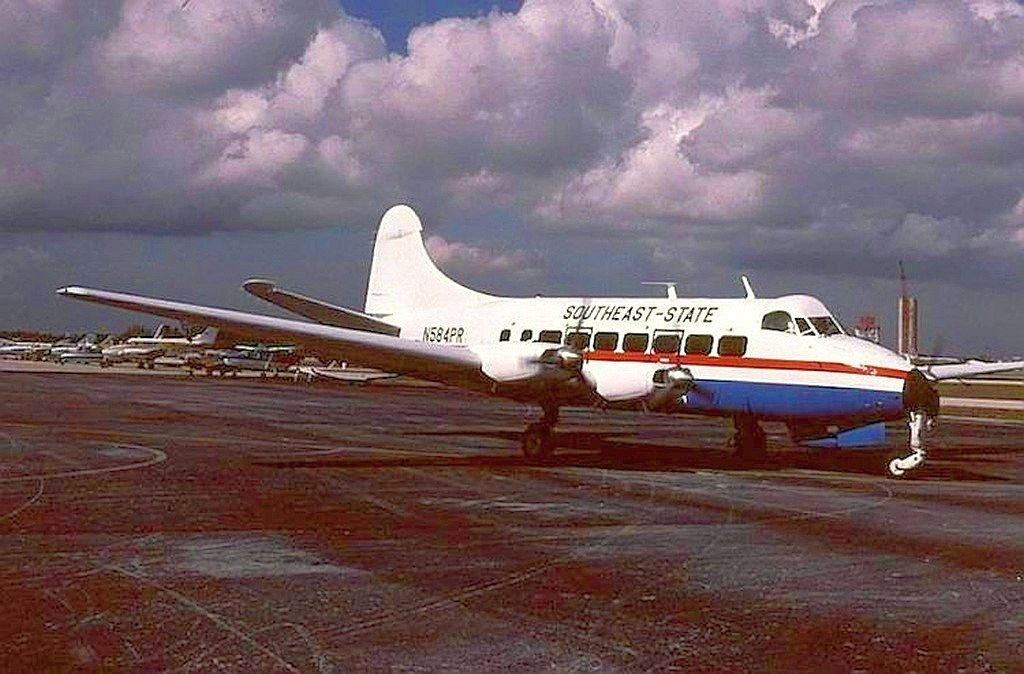 Looks like it kept its Prinair registration. Loved watching these coldstart back in SJU in the 70s.
Top
Post Reply