I can draw an aircraft in my basement, which doesn't make me a design engineer.
I fear this is a smokescrean from Airbus. The problems aren't ironed out with the A380 yet this smoke.

Lets see actual design specifications, or is this dishonest smoke in windows.
I used to love the airbus product, and still do. But this leads me towards losing any respect I had. They need to fix the A380 before creating some other design. Sure seams like a very confused bunch??
I want to know the economics, the price, the range.
Airbus isn't releasing those things so I really doubt this aircraft is real.
Again Airbus needs to come to the table with some meat.
Some people don't get it. Business is about making MONEY!
Top

AFAIK, Bill, the price and range of all the A350X family have been fully published, and extensively discussed on this forum.
Likewise, given the weights of the aircraft for a given mission, and likely engine SFC's, there's certainly been enough information around for us to have quite a lot of discussion on economics too.

If you care to do a search, there are plenty more....

Those are really wise words!

Thanks for stating the obvious to the average a.netter, yourself included. While the efficiency of aerodynamics is obviously a more important goal, you might be surprised to know for (at least for some manufacturers) the looks department is not an absolute non-factor. You'd be surprised if you read Boeing's comments about .. (can't remember if it was the 767-400 or the new derivatives of the 747 they were styding in the mid 90s). Anyways there was an article that quoted B as saying something like "most importantly the plane has to look right"

Evidence that some companies prefer their products to have "the right look" while obviously being "efficient".

is it true that the reason the company went for the 359xbr is because the proposed 787-10 has shorter range? thanks for the input.
Ladies & Gentlemen, we will now demonstrate the use of the safety equipment on this aircraft...
Top

THIS airplane is in one line with the B777, which is together with the A340NG the best looking widebody all around.

IMO the B787 is the most boring looking Boeing ever - it changed its design from revolutionary to a pumped-up Embraer 170.

It's a nice looking bird & if she does everything that Airbus have forecast then they maybe sitting on a real winner? However they are very late to the table & with a 2012-2014 delivery schedule, I think that airlines like Qantas are keen to replace their ageing fleets of B767's with the B787's as they can earlier delivery times than waiting another 6-8 years for the Airbus product! 10% better cash costs than the B787 is a huge difference though! BIG claim!

BZF
Ansett Australia - (was) One of the worlds great airlines!
Top

Im really trying to give Airbus some slack here but the new pics are way too B787ish.

Interesting how Airbus releases these pics right after Boeing previewed its new airplane site for the B787.


They are still only MOUs so maybe SQ are trying to get a better deal out of A or B? SQ might see the two aircraft doing different jobs for the them and may be happy with an order for both types of aircraft.

The nose looks great, similar to the 787 so I hope this stays the same when the aircraft is launched. The winglets are pretty cool too and they are way better looking than the 787s.
http://www.airbus.com/store/photolib...owres_A350_XWB_farn_streiff_mr.jpg

Oh thats right the A330 lease is to compensate for the A380 delays & obviously to tie them over until the A350xwb's arrive!

Ansett Australia - (was) One of the worlds great airlines!
Top

Sorry but... what are you talking about?
Top

Qantas has already ordered the B787, so there's no need to speculate on what Qantas will do.


Firstly, you have to remember that they are not exactly the same size. The A350 is slightly bigger than the B787.

Secondly, SQ does not need to replace their whole 772 fleet between 2008-2012. They do have a few 772s that are so relatively new that they can wait with getting the replacement until 2012-2015. And at that time, the A350 will probably be more technologically advanced and more fuel efficient than the B787.


Probably because the A330 is more economical than the B772 on intra-Asian flights.

The A330 has lower CASMs and airbus probably gave SQ cheap lease rates to secure their A350 order.


The difference between the earliest availible slots for both aircraft is about 1-2 years.


There are several possibilities. One is that SQ want to play each manufacturer off each other to further reduce their aquisition costs. Another is that in the case that either manufacturer runs into problems or delays with the development/testing process, SQ will still have the other aircraft to fall back on. Another is that SQ were not sure that the A350X would happen soon enough at the time that they ordered the 787s.
Im not 100% convinced that we will ever see both these aircrat in SQ colours.


Tie over until the arrival of the A350, yes. Compensate for the A380? Unlikely, since they ordered more of them instead.

Yes indeed. Airbus has copied the 787 in appearance. Now if it only had a composite fuselage......

One Nation Under God
Top

...while the A380 is a technological marvel...it does look strikingly close to the MD-12

No matter how much you whine or put people down for saying so, it looks like a 787 anyway.
Of all the things to worry about... the Wookie has no pants.
Top

Ikramerica, yeah, the A350 really looks like the 787, specially on the cockpit widows!!! And maybe other things...that's why SQ ordered it!!! I think they found out some other differences in the A350 compared to the 787, otherwise they would just simply get addicional 787's!
regards, and don't you think the A350 look really awesome with SQ livery???
CV990, the Maserati of the skies!
Top


They do if compared to the 7E7 or early 787 but the final design for the cockpit windows on the 787 are not very similar. 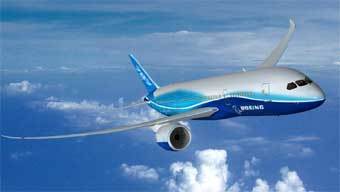 They are both good looking aircraft and look great in SQ colours!

It does look nice. People have been saying these designs crib from the Embraer 170, but to me they harken back to the Comet. That picture you linked shows the pillars between the windshield and side windows to be slanted like the earlier artist's conceptions of the 787, and the windshield is similarly shield-like. But that went away on the 787 when pilots complained about the visibility obstruction of such a slanted pillar. I expect the A350 cockpit windows to change as well.
Top

Too bad! They look cool, specially from the front because of the way the window slopes down.
Top

Everybody knows the Soviets tried to copy everything but those planes are super original compared to the A350! lol and.. don't lie to your brother.

Anyone looking at the link @ reply 58 cuould see that model (which actually looks cool, better than the SQ drawing) is too similar to a 787 but again blind fannatics and those who like to argue for the sake of arguing would still say otherwise. Even the cockpit windows are simlar to the original rendition of the 787.


I remember when the first drawing of the A380 came out I thought it was an uglier copy of the MD12.

After all the bickering in previous A v B discussions, you call that "whining" and "putting people down"?
Top

MIAMIx707, saying something like you said "Everybody knows the Soviets tried to copy everything....." I suggest you should buy some books regarding soviet aviation from the 40's to the 80's and maybe then your reformulate a bit your words, just think about airplanes like the TU114, TU104, MIG15, MIG21 etc. etc!!!
Regarding the rest, and because some people here are very sensitive to my words I just want to say that I apolagise and infact the A350 looks very, very similar to the 787! Peace and lentilles!!!!
regards
CV990, the Maserati of the skies!
Top

Hi, CV990, the soviets didn't just copied the B29 exactly, also copied the Shuttle (Buran), and used to copy everything else that moved. Thanks for your suggestion about reading soviet books, I actually I grew up reading those, therefore I love soviet airliners, including helicopters. Have you ever looked inside the cockpit and exhaust pipe of a real MIG-15? (soviet copy of the Sabre). Not to brag, but I've seen more MIG21s screaming overhead than you, brother

By the way, I think the 990, but even more the CV880 were sleek, beautiful machines. Now those are planes I wish I wouldve seen flying!
The lentils part is a good suggestion too.. running off to get lunch!
Top

I feel like hitting some people in here, but then it would only be thier fault if they knew they were being ignorant, that they only care about how it looks. Engineers use computers for optimisation, designs will end up looking the same. It's like sumations in math: 1 + 1/2 + 1/4 + 1/8 + ... etc = 2, there is no way around it. There is no 'imagination' bull. As long as wel do not invoke swept forward wings, literally ALL subsonic mass travel will look like the typical twin -- you have two choices: either get involved in the design or deal with it.


No, not really. That would only be true of the pressure, temperature and velocity do not change - but they do. Therefore bypass is not an area ratio.
The meaning of life is curiosity; we were put on this planet to explore opportunities.
Top

Undoubtedly another case of reverse engineering is the TU 144 "Concordsky"

The flaming process may start now!