Is there any possibility that Allegiant could be serving destinations in the Central Time Zone such as Little Rock, TUL, XNA...etc from/to FLL in the future?

G4 did serve FLL-SBN/FWA for a while; while they are still in the Eastern time zone, both SBN and FWA are extremely close to the Central time zone (and Indiana has proposed moving the entire state over to Central time many times as of late).


All of the above, it's not called the busiest single runway airport in the US for nothing. At least for the time being.
Top


They pack them in tight, too! I've flown into FLL a few times since June and every time I was ready for a go-around. On a 2 mile final and they clear someone to take off. But they make it work so kudos to ATC. Hopefully 10R/28L gets finished soon, though.
In Dixie Land I'll take my stand to live and die in Dixie.
Top


Terminals 2, 3, and 4 haven't been changed since they were built (airline signage, desks, etc. has, of course) and are small and outdated. It's a common sight to see the Y-class lanes stretching out into the loading curb area and beyond, another reason I choose to fly revenue F.

Expansion by the airport is hindered by the popularity of FLL itself and lack of available gates, meaning construction is progressing at a snail's pace.

Terminal 1 was renovated in 2003 to the current large version you see today. The last three terminals were supposed to be brought up to T1 standard, but that never happened. It's pretty funny to see the disparity between Terminal 1 and Terminals 2, 3, and 4: 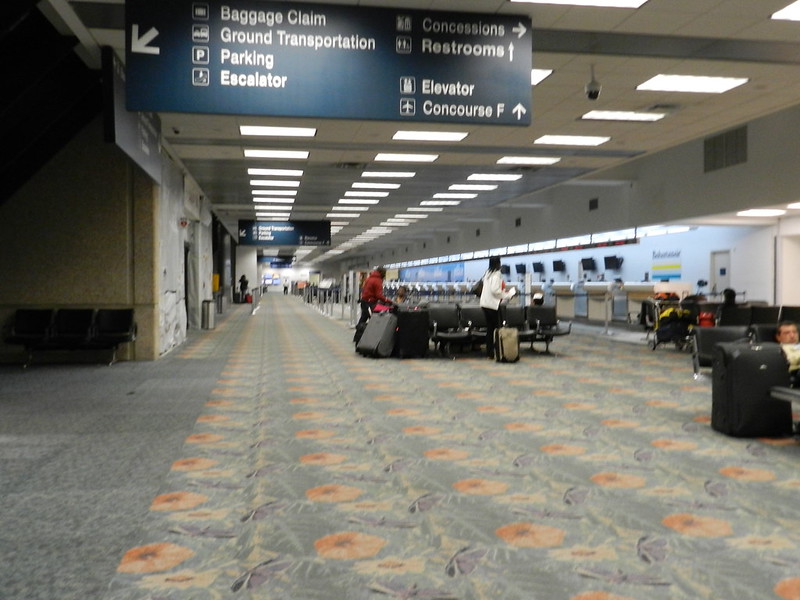 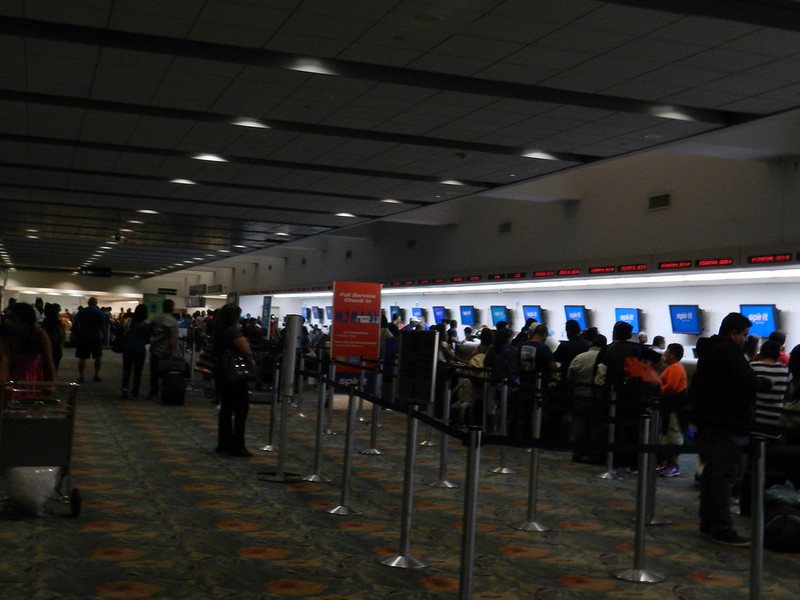 -LPDAL
TWU represented. All of my views and posted content are mine alone, and should not be viewed as official communication from my employer, its subsidiaries thereof, or any other entities or airlines.
Top


Congestion everywhere - the airport is a complete dump and has only one runway. LaGuardia is a palace compared to FLL.
a.
Top

G4 when they started their FLL focus city had about 12 cities it flew to and I do believe pretty sure RFD was one of them, and I think maybe PIA also, both central time zone cities. They made the announcement back in August of 2007. They also made the announcement at the same time they announced the Mesa AZ base as well. I remember at that time cities that had Allegiant service ran contests letting people vote on if they wanted FLL or AZA service. Of course AZA has grown by leaps and bounds since then while FLL has been pared back and hasnt really grown at all. Part of which is the construction going on there and partly too in my opinion is that midwestern markets seem to prefer the west coast of Florida (PIE/PGD) compared to the east coast which is more popular with people out east. (Case in point I see see CID during some points next late winter/early springs will see 2 flights on Saturdays to PIE in addition to its flights on 3 other days of the week). Orlando of course is popular from pretty much everywhere (east of the rockies it seems at least). Hopefully FLL at some point will grow once construction is finished. Keep in mind G4 also reduced LAX for a time when they dealt with space issues there.
Top


It is scheduled to open in less than four weeks.

FLL's ontime performance ranks 25th out of 29 US airports for the first six months of 2014 (same ranking in 2013). Only SFO, LGA, EWR and ORD of the 29 airports have performed worse this year.
Top


SAN might have something to say about that, but you're probably right.
Top

In regards to the new runway will it be used primarily for landings or takeoffs or will it be a combination of both?
Top


Thank you for enlightening me sir!


But SAN is truly a one runway airport. FLL had 3 and will have two when all is said and done. The old southern parallel at FLL was used for some smaller commuter/regional operations and the crosswind has been used as well.

"My soul is in the sky". -Pyramus- A Midsummer's Night Dream
Top
Post Reply