Why does this image look so familiar? 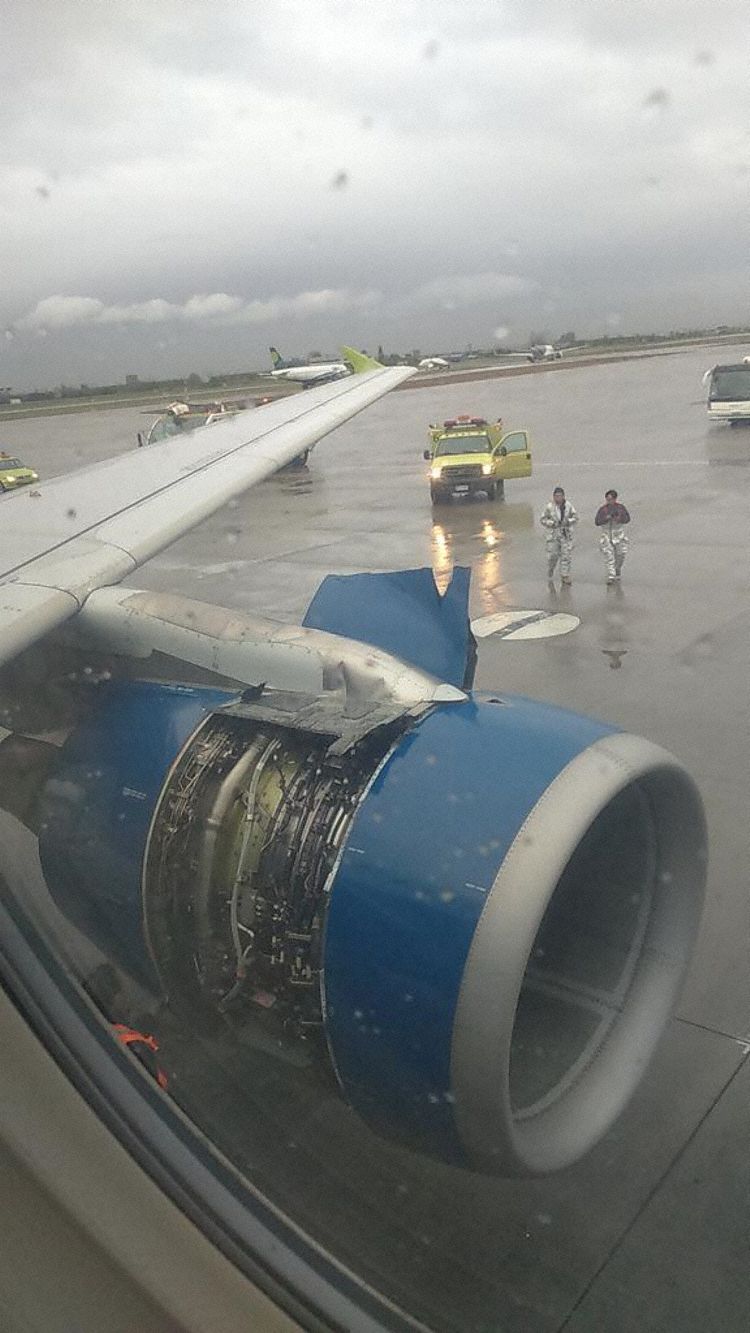 That is a major design flaw and I do not understand ehy after so many times the aviation authorities and not demanded a fix.
I can drive faster than you
Top

What about the NEO?.


No i've seen photos of the same thing on 320's over the years. It's odd they haven't redesigned it by now as it keeps happening.
Top


Specific to the A320 CEO series. The mechanism that holds the cowling together on the bottom can appear locked when it is not locked.
-Doc Lightning-

There is no mechanical issue with the locks,
It is just that people don't like to bent over / want to sit on there knees to check, that's human behavior.
But as humans are humans they should change the design anyway, even though there is nothing wrong with it.
Top

There's a video of it

and yes, ignore the video title
I'm sure this thread will take off soon
Top


I understand your meaning, and I'm glad you agree with the conclusion that the design should be changed. However, as you point out, human factors are important. In the more abstract sense, I think you can make an argument that something is wrong with a design if the interaction between humans and that design results in multiple failures via the same exact mechanism.

What's more, if inspection protocols are not uniformly in agreement that a physical check, rather than a visual check, of the doors is necessary, then the design is insufficient if it would satisfy the visual check while in fact being open.

Still, your point is well taken; when properly latched, it's secure.

I used to work in the amusement ride industry, where this sort of differentiation between visual and physical verifications of devices (restraints, access panels, etc.) is also quite important. An apparently secured restraint that is not physically verified as secure could result in serious injury or fatality.

As an additional industrial crossover (of which I find many in reflecting upon aviation), I note that one commenter on AVH says something like, "Even my dishwasher won't start unless it's locked." Indeed, a very good point that also applies to amusement rides. Many, especially newer, attractions simply won't start without proximity sensors triggered, unless the ride is in some sort of maintenance mode. This is a very simple and crude electro-mechanical safety feature that has probably saved more lives than we'll ever realise. Why is such a feature not common on a turbofan engine? Absent a maintenance bypass mode, the engine should not start without the sensor triggered.
Top

Hasn't it already been redesigned ? I seem to recall so.

Or rather, it's the manual/checklist that has been redesigned to emphasize that weak point.


Yes there is an Airbus mod being trialed this month.
the fwd latch is locked with a key. This key can only be removed when the latch is secured for flight. The key has a big red streamer on it, and two keys are kept in the flight deck for the crew to check every departure. It is being fitted to a few aircraft this month to see if it works.
Top

Well I'm glad they are making a change to the cowling locking mechanism (after only what? 25 years)

Can the debris from an engine cowling be big and strong enough to cause significant damage to the vertical and or horizontal stabiliser? Enough damage to cause control issues? what would happen if the cowling detached and hit said control surfaces at 800km/h as opposed to 220km/h? The piece that broke off looked pretty big to me and was headed straight towards the back of the plane!

The potential for disaster here boggles the mind!
Top


I heard the other day that the NEO will actually have a warning on the ECAM if they aren't latched since they will be only 17" off the ground and harder to see. I'll still be looking.

I always look from 4 different angles at each engine on my walk around. That's about the last thing I want to happen to me.
Too lazy to work, too scared to steal!
Top

and I always count as well . . . on the A-319 aircraft (A-320 as well) powered by the CFM-56 series engine there are seven latches on the bottom of each engine.

Seems to be two posts on this.