I had the chance to fly on both the White and Polished Eastern L1011s.

For me it's the White:

Had a look around one of the RAF example at BZZ a couple of years ago. Loved the fact it still had the original Pan Am document holders front and rear.
Question everything. Trust no-one.
Top


It's funny about those a/c.......the story goes that DL looked at them when still owned by PA and rejected them because of their condition. UA got them, along with PA's Pacific Division, refurbished them and then they were acceptable to DL.


My first flight on a Tristar was in 1974, non-revving from ORD-ATL on DL.........a/c had to be pretty new at that time. We flew back on a DL DC-10.
"A committee is a group of the unprepared, appointed by the unwilling, to do the unnecessary"----Fred Allen
Top

I believe I've already linked that video months ago. Still worth watching it: http://youtu.be/jh9hPobkTiA
Top


I did that flight LAX-SFO on a TWA TriStar in the early 90's. Only L-1011 flight I ever got; it was also my only flight on a tri-jet and my first flight on a widebody. If only I knew then what I know now...

Happy birthday to the L-1011. It will be the best, or it will not be...
ETOPS = Engine Turns Off, Passengers Swim
Top


Well remember the public didn't get to choose the price to fly. Commissions did. With regulation the airlines could propose their solution, instead of 20 flights a day with a small airplane, they could propose 7 or 6 with a large one and then justify their costs against what the other regulated airlines were charging. They also had protected markets which made their pricing power stronger which lead to bigger nicer planes because that is what people wanted to fly (and airlines wanted to present i.e. "The biggest and the best"!)

Then deregulation came and now we have discovered that flying can be cheap and we like cheap... and we get what we pay for.

Honestly I do of course prefer deregulation, but still the regulated market had its benefits!

Tugg
I don’t know that I am unafraid to be myself, but it is hard to be somebody else. - W. Shatner
There are many kinds of sentences that we think state facts about the world but that are really just expressions of our attitudes. - F. Ramsey
Top

I got to ride in the L-1011 many times with Eastern and Delta. One of the best looking airliners ever. Great plane to fly in.

I've been in one at least once when I was a kid. Had engine failure and had to spend a night in an horrible hotel with inedible food.

Well worth it.
Top

The Tristar first came to Europe to visit the Farnborough air show in Sep 1972.
lockheed put BEA livery on the aircraft to honour the local airline. After the show the aircraft toured Europe , seen here at Templehof in Berlin.

Although ordered by BEA, on delivery it was delivered to the new British Airways, so the BEA livery only lasted a week.
Top


I too missed the opportunity to fly on the L1011. Came close but that's no cigar and only counts in horseshoes. Back in 1980 my last flights on Eastern I believe that year out of BWI some of the flights to MIA were L1011's. But, I flew May 30 and Eastern was already in the summer load schedule so at least out of BWI it was the 727 or DC 9.
At least, I had the privilege of touring a couple L1011 cabins. Both ATA (2002) when I started with FL. Boy do I miss those RR engines spooling up and the windows shaking and that deep sound. No offense to DC-10 MD-11 fans but the L10 was the better of the Tri Holer Jumos. I especially liked the lower level galley with those phone booth lifts/elevators.
Lockheed paid attention to the little details such as additional dimming shades. It's sad they had all the financial early 70's crap with RR. Who knows if it were not for that they still might have been making commercial airliners. It would then be A vs. L vs. B. 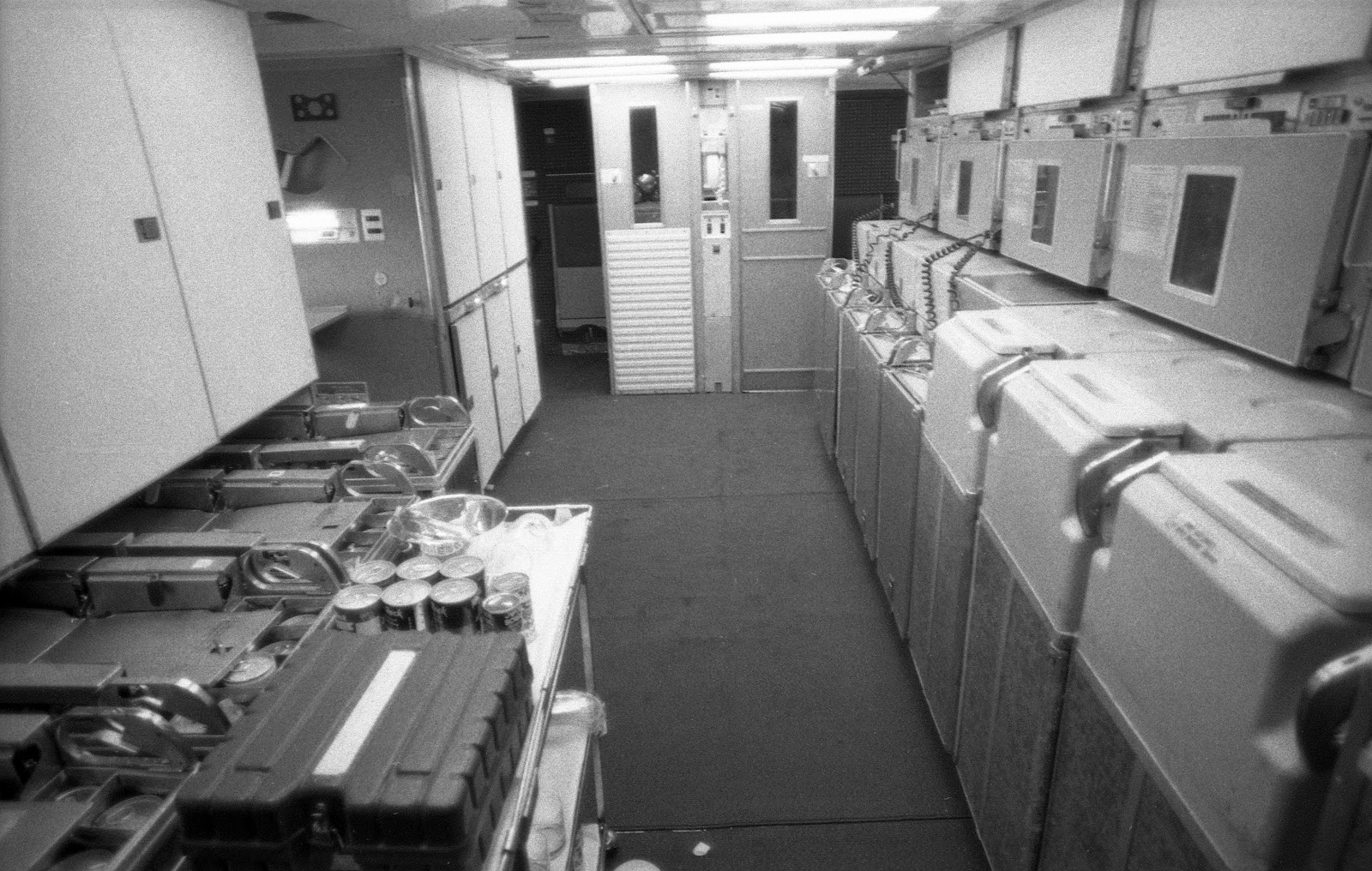 On delivery to BA the aircraft was put into European service despite a ban on working the aircraft by the LHR technicians. This ban lasted nearly two years, and during that time BA Line Maintenance serviced the aircraft at Paris and Amsterdam on nightstops. No L1011 was grounded at LHR during this time. I was a young engineer working in an office, and was drafted into a team to go to AMS to change a Nbr 2 engine. A motely crew of instructors,office engineers, outstation engineers and Gulf Air LAEs (on a BA course) changed the engine in a KLM hangar using Gulf Air's fly away engine staging. No one had changed a TriStar engine before, and only the instructors had ever worked on the L1011. But we did it.
I was involved on the L1011 in engineering and maintenance at BA and GF from 1973 up to around 2000, when I worked the Nordic East aircraft at ARN (on a BA contract)
I really miss the jump seat behind the Captain. Best seat in the house!


Eastern used to fly the TriStar from MEX to MIA unfortunately never had the opportunity to use the Jumpseat years later I used the jumpiest on a Dc10-30 from Aeromexico, it was incredible, but I surely miss the TrisStar and the chance to be in the cockpit....

The Tristar will always have a place in my heart. As a teenager growing up fascinated with commercial flight, I used to fly the Royal Jordanian (Alia as we used to call it) regularly on the Montreal-Amman sector and back. It used to stop for refueling in Amsterdam. In fact, Amsterdam Schiphol was a meeting point of several RJ Tristars and their disembarking changing flight crew as up to 3 Tristars stopped there at roughly same time of the day on their way from Amman to North American destinations and back.

Such nostalgic days were the 1990s!
Top

That Jordanian Tristar looks great but my favourite livery on
the L1011 was Cathay Pacific's.


It really looked superb, can anyone post a good photo of such ?
The best contribution to safety is a competent Pilot.

In this amazing video, there is something that caught my attention
https://youtu.be/1j8-0BYtFTA?t=1m56s (01m56s)
It speaks of Palmdale Airport, the future site of Los Angeles Intercontinental Airport.
Does anyone knows more about this project???
Top

Any still flying? Last time I checked RAF still had some flying? Are they still around?

What a beautiful bird. I'm very sad I'll never get to fly on one.
Top


Negative...the last one flying is, I believe, an airborne observatory...
Top


I believe this is the last still active.