The 2016 edition of the Singapore Airshow is just with the horizon. I was at the Media conference and show preview barely twenty hours ago. Here are some quick pics:
https://www.airliners.net/uf/166599/thumbs/1455473530UQhiS5.jpg
Opening address by, from left to right: Singapore Economic Development Board Director of Transport Engineering, Managing Director of Event Organiser and the French Ambassador to Singapore.

https://www.airliners.net/uf/166599/thumbs/1455473763qxwQwl.jpg
A presenter from Hongkong's Phoenix TV station with the Black Eagles in the background.

Uh oh, try as I did for the last couple of hours, I couldn't load the photos directly to the thread, only in my profile.
Anyone out there who can help?

Malaysia Airlines CEO speaks at Singapore Airshow, saying MAS will keep their 6 A380 until 2018 when the A350 enters the fleet.
MAS is also looking into add another 2 A350 on top of the 4 A350 already booked through lessors.

"Feb 15 Malaysia Airlines (MAS) has delayed plans to sell some of its Airbus A380 jumbo jets, and will now keep all six of them at least until 2018 after retiring its fleet of Boeing 777s, its chief executive told Reuters.

The Kuala Lumpur-based carrier has tried to unsuccessfully sell the planes for the last year to cut costs as part of a restructuring plan which also saw it withdraw from several long-haul European routes.

After accelerating the retirement of its much older Boeing 777-200 fleet, the airline has decided to keep the A380s in service until it gets the first of its new Airbus A350 widebody jets, Christoph Mueller said ahead of the Singapore Airshow.

"We need them for the long haul market," said Mueller of the A380s, which the airline flies only to London.

MAS is also evaluating if it needs two more A350s to add to the four that it will get from leasing companies, Mueller said, adding that these planes will serve medium-haul, intra-Asia Pacific routes that the airline will focus on as part of its post-restructuring strategy."

http://www.bloomberg.com/news/articl...ircraft-order-from-lessor-ikosbihc
From the desert to the sea, to all of Southern California
Top 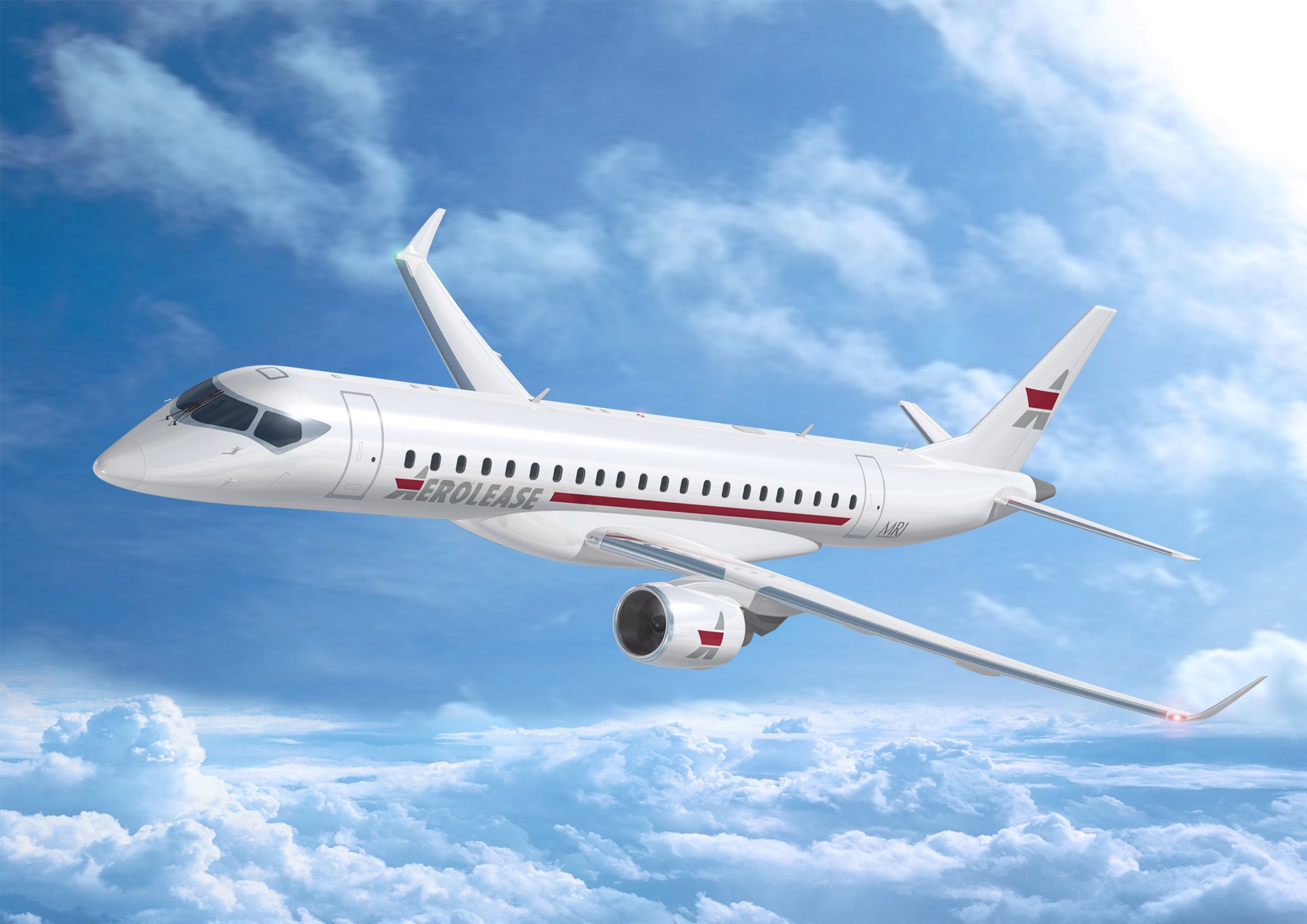 Rolls-Royce launches "Enhanced Performance" (EP) version of its Trent XWB engine for the Airbus A350, with Singapore Airlines (SIA) as its first customer. SIA will take delivery of the first Trent XWB-84 EP engine in the fourth quarter of 2019.

SIA and Rolls Royce also entered into agreement for SIA Engineering to serve as On-Wing Services support provider for the Trent family of engines support for Boeing 787 Dreamliner customers.

Just back from the first day of the Airshow proper.
Had busy day, both indoors and on the static display area.
Highlight of the day was meeting up with Randy Tinseth. A friendly gentleman. Asked him about Randy v1.0 and he says they are in contact and that his predecessor now look even younger than before. Guess retirement did him a lot of good; easy life minus all the pressure of work.
Qatar have both their A380 & A350 on display. Scoot opened the door of the cabin & cockpit to their sixth Dreamliner, a -9 carrying the moniker of "Bo-eng" which in local patois means "busy" or even "very busy". Very apt as it can only spare a single day on the airshow tarmac. The CEO of Scoot, Mr Campbell Wilson was on hand. Took a picture with him. And yes, that man show great Scootitude. I also got my bum into the PIC seat for a selfie.
Earlier, I took a wefie with the pilot of the SSJ in its cockpit. Nice plane, and so is the CS-100 of Swiss. Talking of the C-series, at the media event, I asked about their plan, if any, on the CS-500. The answer was a big NO, it's not in their radar. They are having their hands full with the two current versions, one which was only recently certified (and delivered), and the other to follow in mid-year. they are currently fully focused on getting them onto the market and seeing them through service. 2015 was dark for them and hopefully the worst is over. They are working hard towards its success before even thinking of the third version. In other words, CS-500 is a long way away if at all. So, from the horse's mouth, don't dream of it yet.
Also toured quite a few other planes; including the V-22 which felt frigging small on the inside.
Another long day tomorrow. Will be meeting up again with a respected fellow a.netter.

ps. I still don't know how to post my pictures in the thread, so I will again upload some to my profile later.
Potestatem obscuri lateris nescitis
Top

So far rather slow start to show. Nothing from Airbus or Boeing. Lets see what next days bring
mercure f-wtcc
Top


Singapore Airshow is always boring. It was not different two years ago.
What we leave behind is not as important as how we've lived.
Top


Well the timing would not work.
The EP is planed for first delivery Q4 2019. 1st SQ ULR is planned for delivery in second half of 2018.
From the desert to the sea, to all of Southern California
Top

This tweet from GA's official account suggests an A330neo order is incoming, though at the moment, it's just a 'Memorandum of Partnership'.

Boeing is about to announce an order of 737s by Okay Airways from China.
Edit: its a commitment for 8 Max8, 3 Max9 and 1 900ER. Thought I heard twenty but then I rushed off to another event.

=
From the desert to the sea, to all of Southern California
Top

http://www.aviator.aero/press_releases/27625
What we leave behind is not as important as how we've lived.
Top


Quote:
"Boeing says the order was previously allocated to an unidentified customer."


Agree.
The show just ended. My arriving flight on LH from FRA A380-800 was delayed. We were holding going round and round.
That said, except for causing more annoyance on the air and on the roads, it has been slowing down since the original show moved to Hong Kong.
Civil Aviation has a "Need for Speed"!
Top

3rd consecutive time I've been to the Singapore Airshow... and it seems to continuously degrade.
So, no more plastic admissions card, it's now cardboard and no plastic cover. If you damage it, that's S$60 for a reprint...
The shuttle bus to/from Expo MRT is a rip off... so easier to go to the airport or expo and grab a cab from there... then go back using the airport shuttle bus...

The northern hall is getting more and more boring. The southern hall is the usual business stuff.
The music stage was like... "OK, am I at an airshow or a fairground?"
My biggest gripe was that "education day" is no longer on Friday, but also on Thursday. This means, pure business trade days is now just 1.5 days... I was shocked to have queued up to see the C-Series, only to find it was filled with students cooling off inside the cabin because of the air conditioning and the Bombardier staff trying to get people to flow through the aircraft and get out of the back.
I'm hearing gripes on twitter about the public day needing to be renamed "Singapore Air Force day"...

Yeah, flying display? Not many there...
When losing situational awareness, pray Cumulus Granitus isn't nearby !
Top

Come to think of it, on the weekend, the aerobatics were all by military aircraft, namely: the RSAF Apache & F-15; USAF F-16, C-17 & the single-pass flyby of the Buff; the RMAF SU-30, the Armée de l'air Rafale and the RKAF T-50s.
The single civvie pirouetting around during the trade days - the A350 did not stay to vow the public.
As to the static display, the regionals, turboprops and the odd choppers aside, the half-empty tarmac was all populated by air forces types. Long gone were the 787, A380, the two A350s. even the SSJ had departed. No mainline airframes were present except the 737, well, sort of - in the guise of the USN's Poseidon. So effectively, its effectively the "Singapore Military Airshow".
Yes, the prices are exorbitant on trade days. S$60 for a entrance ticket good for a single day, and S$16 two-way shuttle bus. Its better to taxi-pool as a single trip to the show is S$11, but return carries an additional surcharge of S$10, so S$32 for to & fro which is still cheaper for a group of 3 or 4. There is no other way to get there except by a long walk as two-wheelers were not allowed. Private car parking cost an stratospheric S$120 a day.
I have been absent for the past many shows as the public days (S$22 with free shuttle) are just too crowded & boring - with plenty of the indoor exhibits cordoned off or half empty - and the trade days too expensive. Luckily for me, this year, a friend of mine managed to get a media pass for me which means free "everything"; entrance, shuttle, F&B, the works.
Potestatem obscuri lateris nescitis
Top
Post Reply