This is the return leg. The outbound leg on Thursday is Economy (L) only.

Just three short hops but my question is: What is on these a/c the difference between Premium Economy Economy and Economy (L)?

One thing is, that in Premium Economy two pieces of luggage are permitted and on Economy only one. What else?

I think the only difference is the service and baggage allowance. Seats should be the same as normal economy on the A321 and Jettime ATR. In fact, I don't think they have anything else. Don't know about the FlyBe ATR, but I would guess it is the same.

I don't know anything about the service though.
Top

There is no such PREMIUM ECONOMY Class, it is called SAS PLUS and it is supposed to be the BusinessClass. You will find all the benefits like lounge access, meals etc. here: http://www.flysas.com/en/de/sas-global/ ... ic-europe/

BTW. you can try to upgrade your EconomyClass ticket via www.optiontown.com - it is especially worth it, if you have a long layover either in ARN or CPH (lounge access)!
Top

I have flown SAS Plus quite a bit and do like it. Not sure if it is worth it for flights under 2 hours though. I do like their meals ( salads ) they serve.
Top

What was "Premium Economy" on my companies booking, became "SAS Plus" in reality. Class on boarding card was "CY".

The difference between SAS Plus on the return tour compared to standard Economy on the outbound tour was that on SAS Plus there was a snack serving (Salad or Polarbrot wrap) and the drinks including beer and wine were free. Seat pitch and/or width was not different.

The rows of the SAS Plus seats were closest to the boarding doors. At the rear on the ATR 72 and in front on the A321 and 737.

The biggest advantage was, that SAS Plus entitled me to use the SAS lounges in ARN and CPH. I used it in CPH, while the layover time in ARN was too short.

I don't know what my company paid more for SAS Plus on the return tour but you can buy lounge access for economy tickets at € 22,-. The rest was a can of beer and a salad on each flight. The Polarbrod wrap was only available on the TMP - ARN flight.

Just before the final landing at HAJ the pilot did another extra for the aviation geek and performed a go around. We were on a stable approach (perfect weather) but the captain told the passengers via the PA system later, that the crew was not fully prepared for the landing and so they aborted around one mile before landing and did the go around.

The go around on Flightradar24: 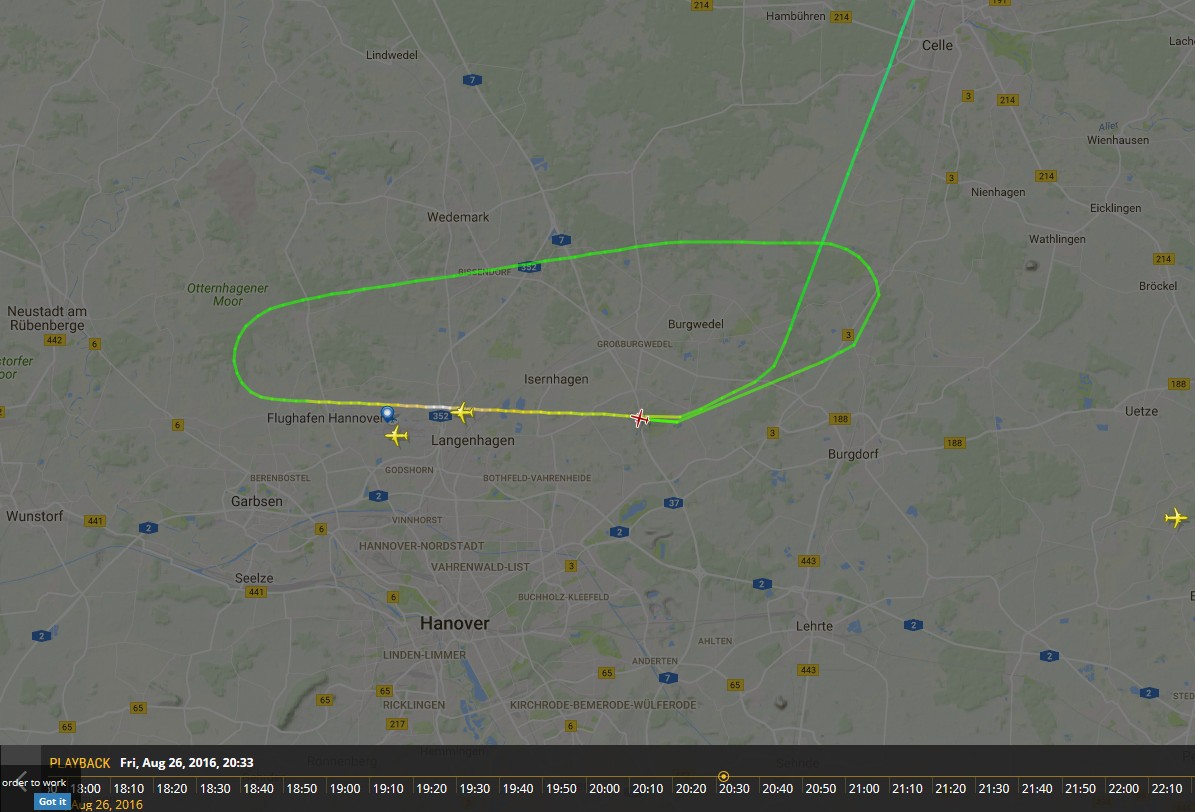