Absolutely no problem in finding those flights through the Nordic Aviation/Adria website. No flights on Saturdays and equipment listed as CRJ700.
Top


That looks fantastic - I could spend days there just flying everything!


Thanks - I got those as well, but LX138 referred to ATP flights. Couldn't find those...
Top


It's the same flights

There are no ATP's operating the TLL-OSL route anymore.

Curently only ATP SE-LLO is operating for them on the TLL-ARN route, but this will change by March 25. No ATP flights for Nordic Aviation after that.
Top


Yes they are for a limited time only and only on certain services (i.e not the same flight each day) so using something like Expedia or similar that tells you the aircraft type is helpful.

Having just come back and flown on it, have to say it was an awesome aircraft!
StarWorld Team - The ultimate airline alliance
Top

Does anyone know where Chengdu Airlines fly the ARJ 21-700? Will be in China in a couple of months, and I wouldn't mind taking a flight on (the only?) one.


Apparently they are still doing crew training so no revenue flights yet. They've said it should come into service in March, but that's probably overly optimistic as were all other dates in the programme. No flights for the coming months have been loaded with this aircraft type that I have found, but according to Chengdu Airlines it will be used initially for their routes from CTU to PEK, PVG, CAN, and perhaps SZX.


That's really useful, thank you! This does make sense, a trawled through their entire schedule and could only see A319s, so I have left a day free on my trip in May and will book a sector on it later, if possible at all, when firm schedules are known.


Iran is the only chance to get on a passenger A-300. A few years ago you indeed still had Tunisair, Kuwait Airways, Sudan Airways, Thai, Monarch but in the mean time they have all stopped flying A-300s.
nobody has ever died from hard work, but why take the risk?
Top


Thank you for this very good summary.
Do you have any advice how these flights can be booked? Also, where is it possible to check their schedule? Not sure if they also operate during the sommer months.
Same for Gazpromavia.

There is no Turuhan schedule. It is a charter company but KJA-TOF(-SGC) will not disappear this summer. Booking Turuhan: booking with agent.ru or sirena2000.de is very easy.
I agree with Gazpromavia, just try the combinations between cities on agent.ru flight schedule. Sometimes it is possible to book a flight. Also use flightmapper for Gazpromavia flights. This will help you on what flights the Tu-154 is on the schedule but sometimes not correct.
Top


Darn - thanks, guys! Glad I flew on them with SATA a while back. And I agree - it was an awesome experience. The aircraft were also absolutely spotless. Shame SATA replaced them th Dash-8s...
Top

I was just in VRA and there are at least two Bandeirante's still operating by Aerocaribbean, I believe on behalf of Cubana to Cayo Largo on two flights a day 40 mins apart. The Cuban operations seem somewhat hard to find information about and I saw one depart later during the day too, which may have been a charter during spring break, or just running "Cuban time". 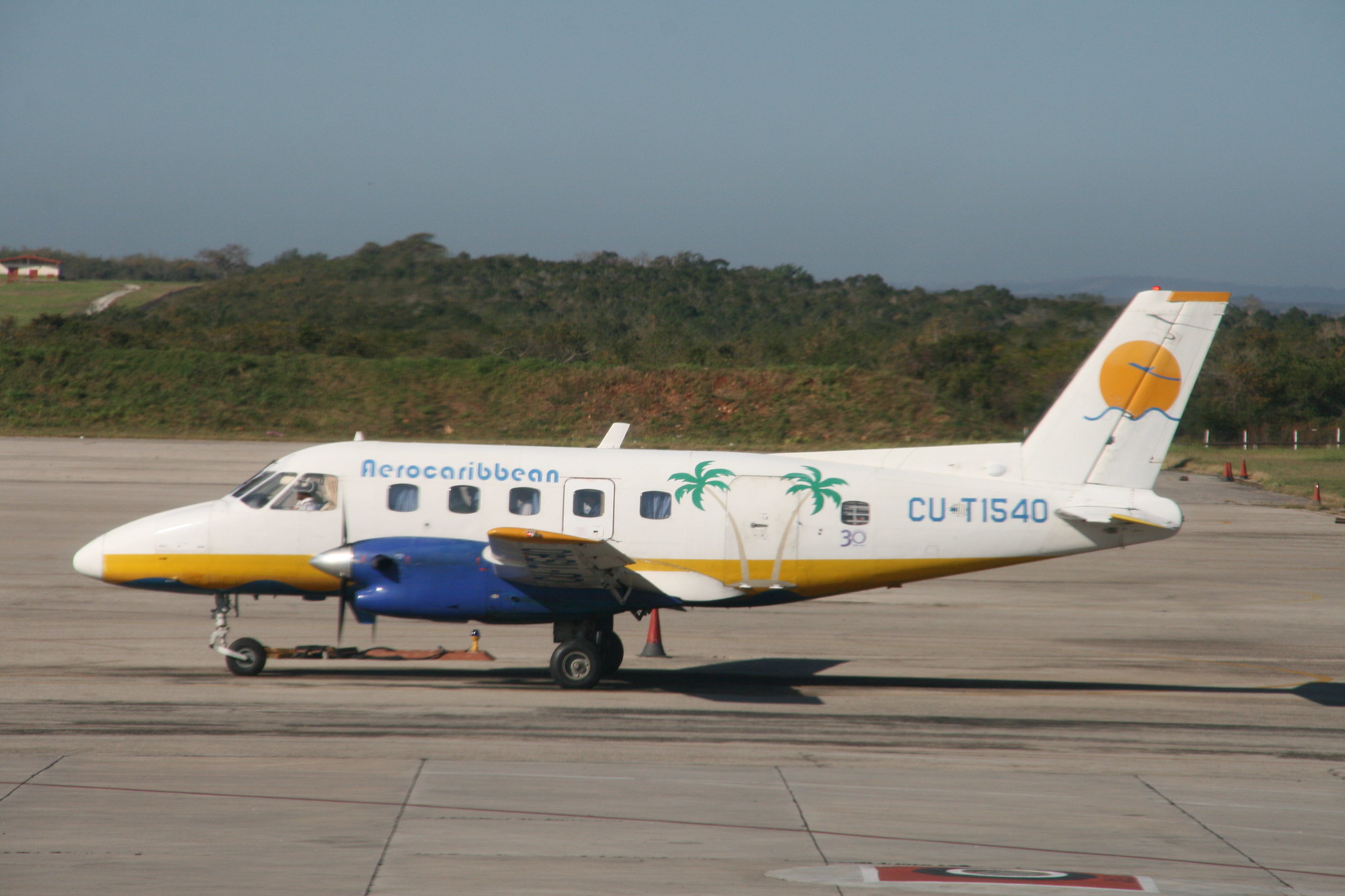 I tried to book a flight to Trinidad, but the travel agency said both the helicopter and plane "were broken". I assume that is the Aerogaviota Mi-8, but could not find out what the aircraft would be, if still the Aerotaxi AN-2, Bandeirante or even DC-3. I also asked about the old VRO airport as cars were driving all over the runway, the hotel staff said it was not used now and there are no aircraft there, though google earth shows what looks like a Cessna twin on the apron, so not sure, but certainly heard no Soviet radials.
Follow me on twitter for YVR movements @vernonYVR
Top

Just planning a trip on Trade Air (operated by Base Air/Croatia) on the DBV-SPU flight which another source says is on a Embraer 120, however looking on Flightaware it seems a Jetstream 32 seems to have done the last few flights! I am trying to get on the Embraer (as nice as the rare J32 also is!), any tips on where they are actually being used by Trade Air and if so which days? The above route would be ideal....
StarWorld Team - The ultimate airline alliance
Top

"I was just in VRA and there are at least two Bandeirante's still operating by Aerocaribbean."

The June issue of Air Britain news reports that CU-T1540 and sisters 1442 and 1552 were all parked without engines at Havana in early April.
Top
Post Reply