Why do some A/C sit in the desert for so long before being scrapped?

Why do some A/C sit in the desert for so long before being scrapped?

by TriL1011Star
Why do so many aircraft sit so long after being stored? I've noticed this quite a bit. A/C that have been left to rot for 20 or 30 years before anyone does anything with them. Here are a couple examples:

Planetags, a cool site where you can buy parts of an aircraft, is now selling tags from N762U. The story tells of a plane that was flown by United, and retired in 2001. Check out the link here:

https://planetags.com/blogs/planetags-b ... mTe1dBU34c (I hope this is allowed.) Anyway, why did the plane sit for 20 years before being scrapped?

Another couple of examples are from this video, a song called "fly over states" that was released in 2010.

In this video, they show two panes: At 2:25, you can see the tail number of N272US. A google search shows that it is a 1969 A/C that flew for NW. According to plane logger, it was stored in 1989, and the reg to this day does not show it has been scrapped. But why is it still sitting there, and why has no one ever scrapped it or done anything with it? To make things more interesting, Flightaware shows that the plane is owned by a leasing company, Red Apple Leasing Company, in Wilmington, DE. Why wouldn't this leasing company want to just get it scrapped or gotten rid of, and get it off their books?

Another plane shown in this same video is N389PA. It can be seen at 3:26. Plane logger shows it is a 1968 727, and that it last flew for Capitol Air Express, and that is was stored in June of 1992. And it was still sitting there when this video was filmed in 2010. Today, a different A/C shows up under that tail number, so I guess that one was finally scrapped.

by Starlionblue
Aircraft can spend years in the desert waiting for reactivation by the current owner, or waiting to be sold. In many cases, neither of those things happens and time inevitably marches on.

So you're left with aircraft so old their condition has deteriorated, their economics are questionable, and with parts of limited value. These old derelicts are simply not worth enough to the scrapper to scrap.

It isn't just planes stored in the desert that languish like this. There are plenty of abandoned aircraft sitting around at various airports. Example: Back in 2016, one of Orient Thai's 747s (HS-STC) went AOG (Aircraft On Ground) at HKG. It sat there until Orient Thai went bust, and for years afterwards. Its condition progressively deteriorated as it sat outside, accumulating parking fees that no one would ever pay. HKG doesn't have a massive amount of room to spare, so the airport authority wanted it gone. But they couldn't get anyone to pay to fly it out since the owner was bankrupt (never mind the cost to make it flyable), and they couldn't scrap it because it was still owned by someone. The parking fees were estimated at over US$1m.

By the time the situation was resolved, the aircraft was almost three decades old, in terrible condition, and not worth very much to anyone. If memory serves, the HK Government seized the aircraft and it was scrapped last year. They'd have probably preferred to just push it into the water.

Judging by the paint job, the condition of HS-STC was not great even when it was in service. You can clearly see the old Saudia logos peeking through. 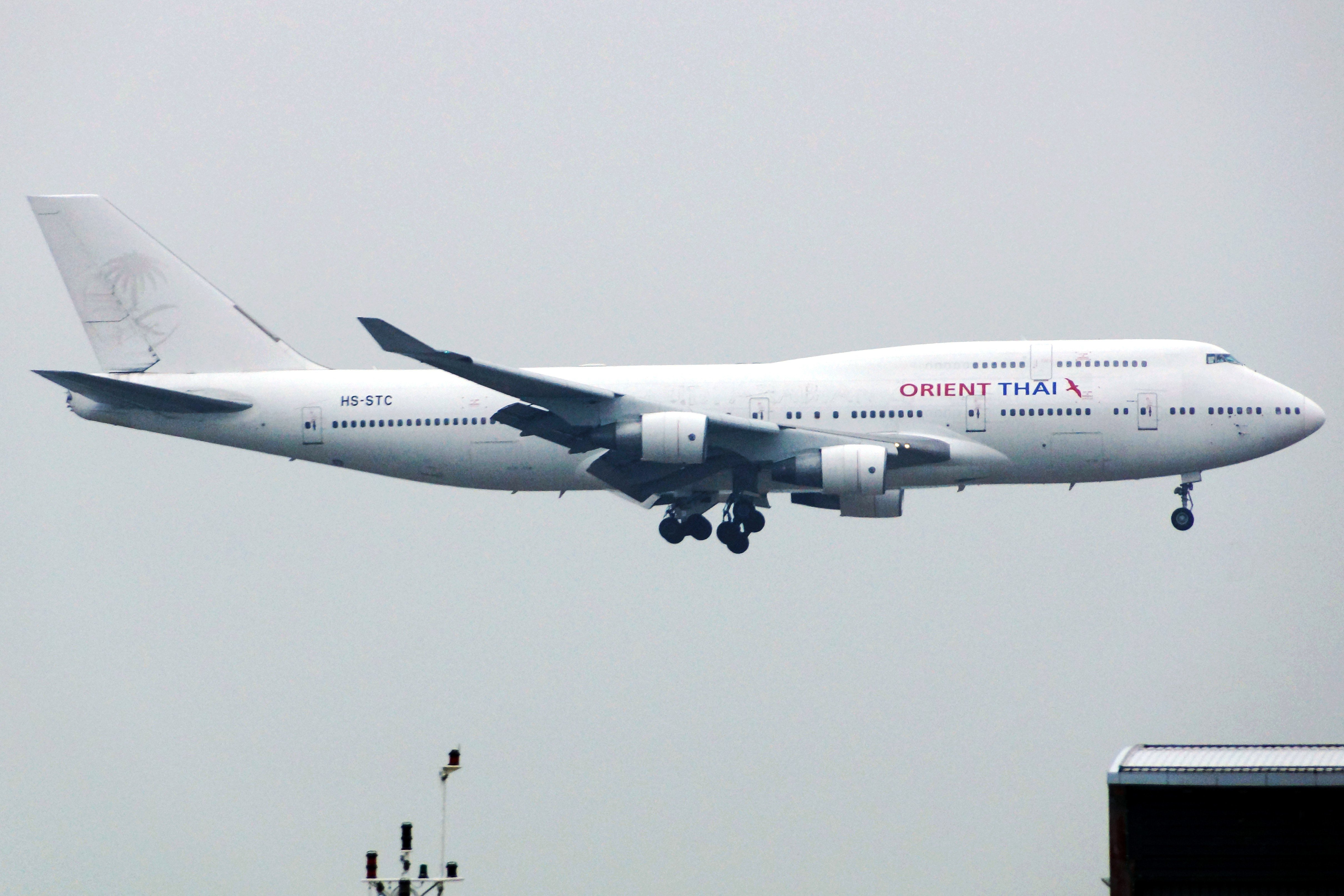 This is after it had been parked for a few years. 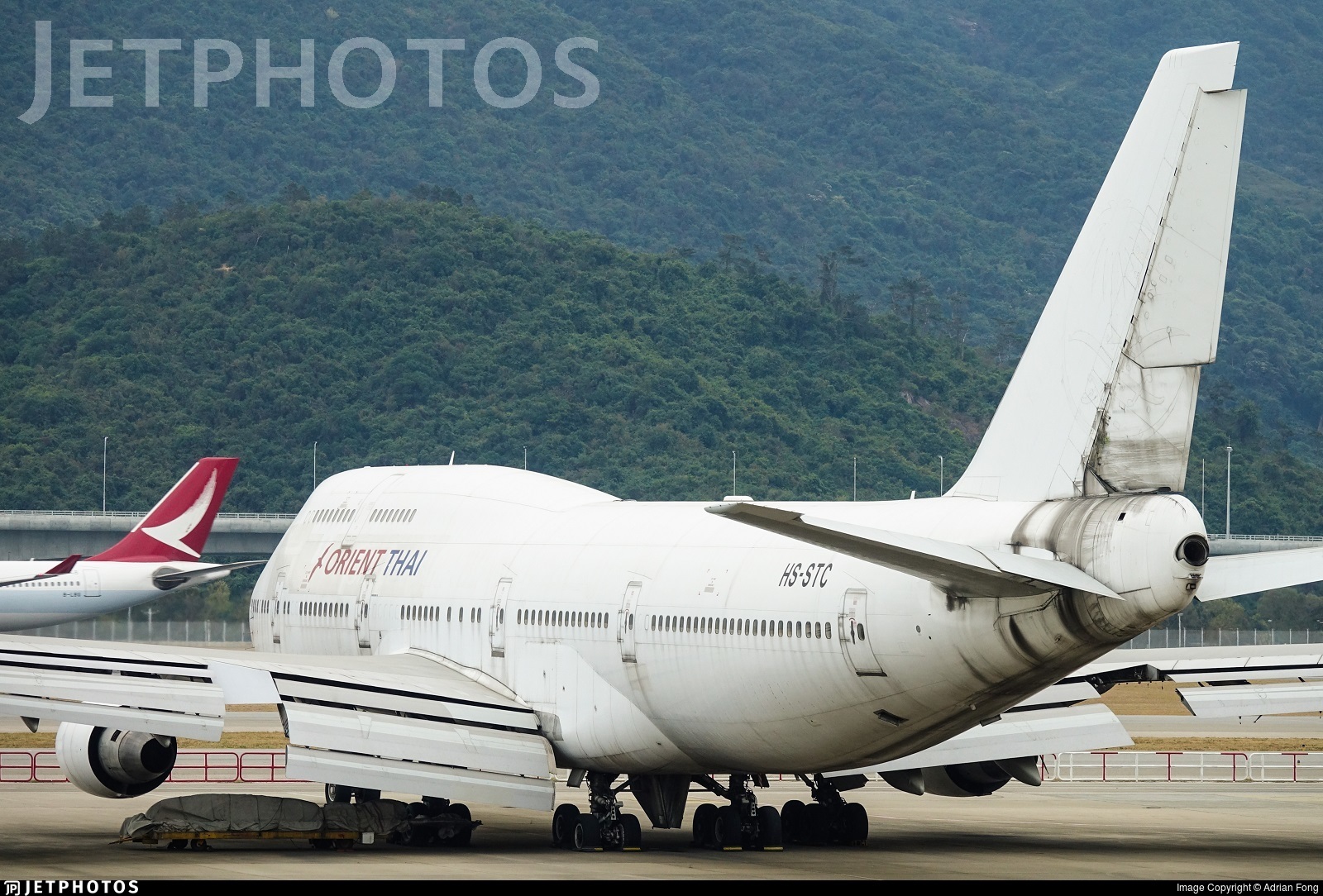 Starlionblue wrote:
It isn't just planes stored in the desert that languish like this. There are plenty of abandoned aircraft sitting around at various airports.

TG (and others) have a bunch of aircraft sitting in DMK. Some of them were AFAIK damaged by a flood.

If this photo and recent Google maps images are any indication, there are a few F-50 parked in SUB for possibly 20 years (most of the Fokker jets appear to be scrapped).

Similarly, Jakarta has some major maintenance facilities but some aircraft end up never leaving, or rather leaving in parts after some time. If something is discovered during maintenance, or if the owner goes bankrupt, it may not be worthwhile to return it to service.

There's a bunch of old jets parked in a corner in Dhaka which are slowly being scrapped.

In all of these cases, the hot and humid wheather rapidly deteriorates these aircrafts' condition. Anything exposed to the elements, like the gear and engines, is prone to corrosion and will need costly inspection before being used a spare part. After some time, it's just not worth it to scrap them unless you need the space.

by Boeing757100
Speaking of aircraft abandoned for a long time, are all the Fokkers, 727s, DC-8s, 707s, and others at FIH cleaned up yet or not?
All times are UTC
Page 1 of 1
Powered by phpBB® Forum Software © phpBB Limited
https://www.phpbb.com/