Hi everyone!
Munich Airport (MUC/EDDM) has very strange taxiway/apron markings on the concrete surface. These are white rectangles perpendicular to the taxi centerline. They appear every so often on taxiways and aprons, in a seemingly non-consistent way. These are not any markings in the ICAO standards. These are also not intermediate hold lines, as that is indicated by a dotted yellow line.

Anyone familiar with what these are?
Thanks! 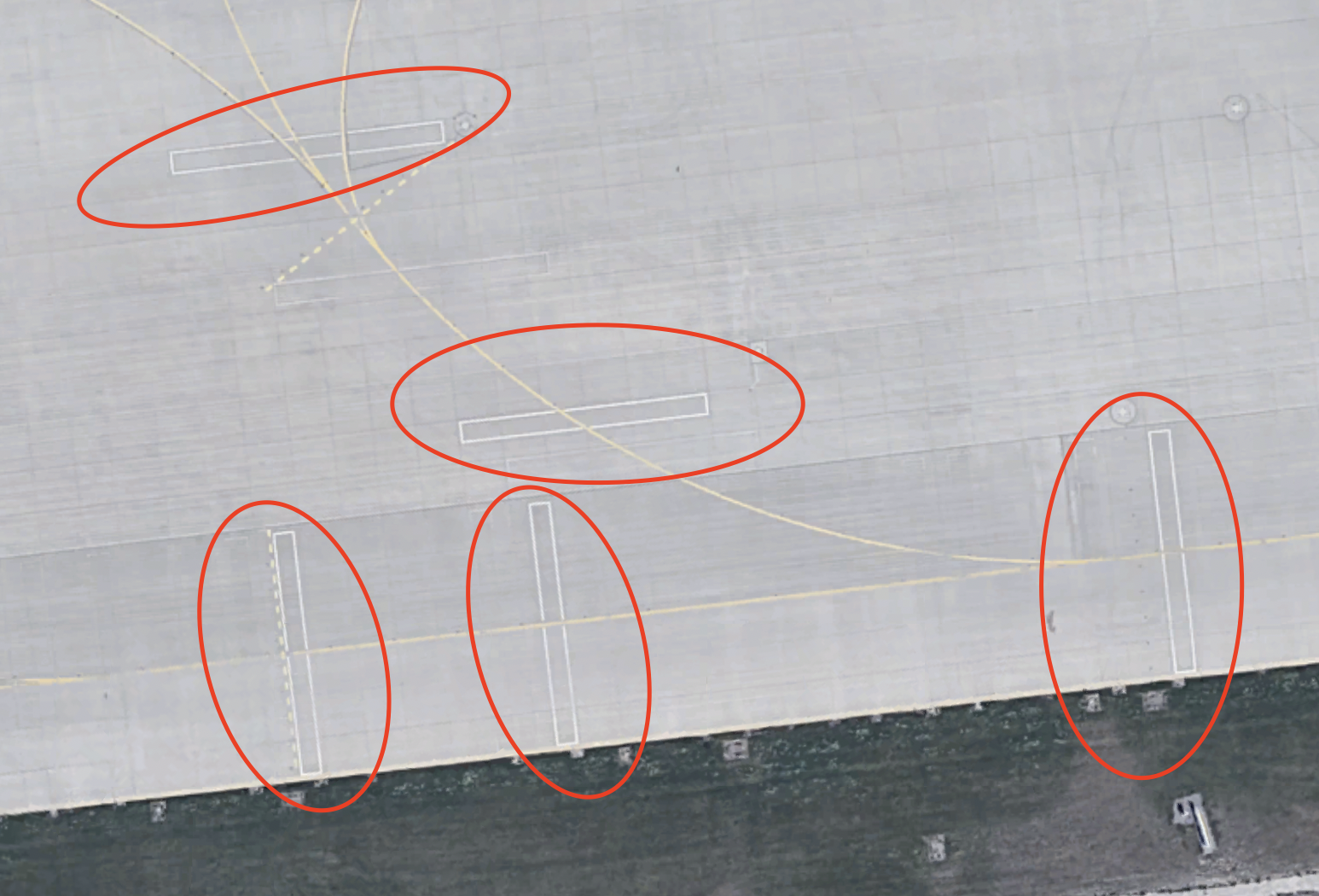 Sometimes these markings have nothing whatsoever to do with aviation but may indicate the location if underground wires, pipes or sensors. They may also be markings that are used for staging vehicles or equipment in that area which would be known by the airport authority but not require any explanation to the aviation users. Such markings can be useful in seasonal de-icing pads where they indicate the preferred location of ground equipment during the de-icing season, but would not be useful to anybody during the remainder of the year. This is not your definitive answer, but some speculation as to possible reasons for these kind of markings.
Top

Adding further speculation:
Could they be markings for sensors that detect the presence of an airplane?
Top

hitower3 wrote:
Adding further speculation:
Could they be markings for sensors that detect the presence of an airplane?

The use case seems limited when you have ground radar and transponders.
Top
Post Reply