Hi,
after uploading many years already without bigger problems I experience a kind of imo inconsistently screening in the nearer past.
I get a rejection, reedit it as far as possible, get a new rejection with the opposite reason and in addituon some other new reasons. I fix it again and the same happens again.
Here an example:

During the reediting process I only touched the mentioned rejection reasons with leaving all other parameters as before.

The partly inconsistently screening and overriding of previous screener decicisons makes it no fun to reupload reedited pics. This ist not the first time that I experience it and I get more and more angry about the wasted time. That even after an appeal with the hint that prevoius screeners decided differently, a pic will not be accepted with partly new rejections reasons makes it even worse.

I can empathise with the inconsistent screening (it's been like this for a number of years now), however I must agree with some of the points raised by the screeners. To add, I can also see some heat-haze artefacts.
Top

Sorry to hear about your troubles with the screening process. Comparing all those version of the photos, it seems you indeed received some very harsh results and I can fully understand the frustration that comes with it. I do still see room for improvement, as the nose is still a bit blown due to the harsh light. The original is likely not super, but a passable is possible I think. For me, edit #3 comes closest. The sharpening on it is passable, but the nose is still blown. High in frame is ridiculous, it is not.

Let's see your rejected photos, then we'll talk. If not, go troll somewhere else.
My photos: https://www.airliners.net/search?user=6827
Top

airkas1 wrote:
Let's see your rejected photos, then we'll talk. If not, go troll somewhere else.

Consider me among the many wondering how on earth that is an acceptable level of quality.

And also the non-notable iPhone shot in poor light through a dirty window at the top of the site right now? Why has this site deteriorated to sub-Facebook quality?
If a man hasn't discovered something that he will die for, he isn't fit to live. -- Martin Luther King, Jr.
Top

Acey wrote:
And also the non-notable iPhone shot in poor light through a dirty window at the top of the site right now?

Yeah, I definitely did one of these: 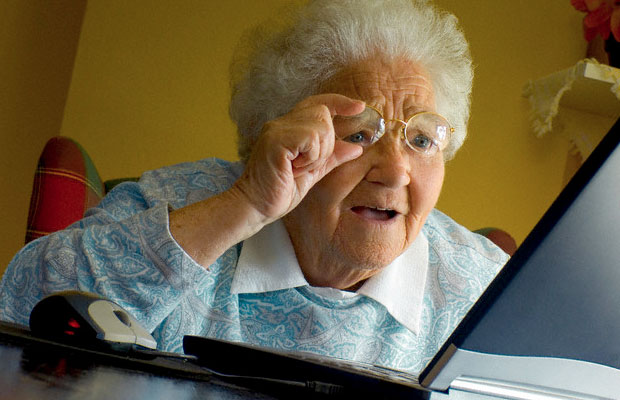 Thought my glasses must of been dirty.
View my photos
Matthew
Top

I agree on the iPhone photo being too poor. That's not to say that phone-photos can't be accepted (because they can and have been), just not this one. I'm working on a solution for this particular photo, but can't make the decision solo and the others haven't replied yet.

Furthermore, I agree on the ANZ being not great and with room for improvement. I still maintain that the FedEx 767 being passable for a night shot and would've accepted that same photo from anyone.
My photos: https://www.airliners.net/search?user=6827
Top

thank you for your honest and detailled answer which I got to read now.

Some days before your anwer I just uploaded a new version centered in another way and reedited with the lights. Let's wait and see, what will happen....

Again rejected for overexposed although I turned down the lights up to more grey than white. Imo all details are visible. What is the problem?
https://abload.de/img/anetrejection5021793t7o0i.jpg

I brutally turned down the lights in this way now?
https://abload.de/img/anetrejection5021793-t9ur8.jpg

Better? Not for me because it looks ugly!
Top

comet1 wrote:
What is the problem?

The problem is the harsh summer light (high attitude of the sun), causing either the top part (in this case the nose due to the sunlight coming from the left) to be overexposed or the bottom part to be too dark. It's very difficult to get this right.
NO URLS in signature
Top

Hi,
@ dutchspotter1: Thxs for your reply. The problem you decribed is true but should be acceptable as long as no structure or painting is is whited out.

Answer after the appeal today: Overexposed "Detail lost in blown Areas, not fixable"

Version three in the first post was not rejected for overexposed. and although I turned the lights even more down now it is overexposed.
And this a/c has no details which can be lost in the blown area !. The windows and the letters of the a/c-type are clearly visible. Besides that there is nothing else!

But not enough of inconsistently screeing in my point of view::

may be the sky till a bit too bright and too less contrast in the windows.

My comment regarding common:
Yes, actual 222 pics in the db but only 21 or 22 in the new Colors !!! This rejection reason was given after the forth upload for the first time!!

Your rejection guidelines concerning "common" says: A general rule could be from about 60-70 images onwards. That number may be lower for an easyJet A319 or Southwest 737 because those are likely to be heavily shot in the future. Similarly that number may be higher for aircraft of which only one example exists and even with 200 images can be relatively rare in our database.

I regard new colors of a "common" reg as not common with only about 20 pics in a db. In this case there are only two a/c of this type at all with these colors.

This is the third case in the nearest past of imo inconsistently Screening. (see also my post a few weeks ago)

My conclusion:
The Screening process at Anet got more and more the character of a lottery, dependable which screeners screens with his point of view. This cause never before experienced inconstently Screening results. This is a big waste of time for me. Therefore I will stop uploading pics to Anet until further notice from me after now more than 13years.

The best to all of you.

Sorry for the late reply, I've been away for the past few days. I just had a look at your post and the most important issue is the lighting (all other issues do not exist/are irrelevant). I agree with you that the usage of under/overexposed has been quite confusing. In reailty, it's a bit of both I guess.

You may not like to hear this, but I don't think that photo ever stood a chance to begin with it. I'm not sure what the original looks like, however it seems to me that the challenging light renders the photo unfixable for A.net from the get go.

However, I will respect your decision. If there's anything I can help with or if you would like to chat/discuss something, you can find me at airkas1[at]airliners.net.

thank you again for your honest and detailed answer.

Although I think that both pics have potential to be accepted I agree that the light is a bit critical.
I still regard some decisoins of the screeners as inconsistent but nevertheless I just started uploading again because of your differentiated answer.

Just had a look at your queue and wanted to give you some pointers:
D-ABHC // heat haze
D-ASXB // underexposed, high contrast
SX-ABY // oversharpened titles
D-AZUG // yellow, blurry tail
G-PRPI // nose feels a bit blurry (and maybe motive for the fence)
A6-EGJ // nice framing, but noisy sky, overexposed and dirty in front of the tail
My photos: https://www.airliners.net/search?user=6827
Top
Post Reply