After seeing the "sights" I made my way back to the airport. Located 5km from Dubbo, the airport is operated and maintained by Western Plains Regional Council. It operates year-round with no curfew. But first a visit to the Royal Flying Doctor Service (RFDS) base.

A quick look at a twenty-dollar note shows how far the RFDS has come since "Flynn of the Inland" came up with the idea of bringing medical assistane to the Outback by aeroplanes. Flynn himself is shown, as is Victory, a timber and fabric biplane leased from Q.A.N.T.A.S. (now Qantas) at two shillings a mile. Today the service operates a fleet that includes the King Air B350c and B200C (in Qld, NSW, Victoria and Tasmania), Pilatus PC-12 (used in SA/NT and WA) and Hawker 800XP (WA/NT). Due for delivery in 2017 and 2018 are six Pilatus PC-24 (for use in WA, SA and NT).

Dubbo is home to The Outback Oral Health and Treatment (TOOTH) program, serving the remote communities of Collarenebri, Bourke, Lightning Ridge and Goodooga. Dubbo conducts inter-hospital transfers, the coordination of flights for the Rural Aerial Health Service (RAHS), as well as emergency retrievals. The base features a Visitor Centre with a simulated cabin of one of their aircraft.

You might be wondering why a couple of rhinoceroses are outside the passenger terminal. Dubbo hosts the Western Plains Zoo, a part of Taronga Zoo that is home to thousands of animals from around the world. Visitors can drive around a 6km trail that meanders through natural bushland or they can get up closer to the animals.

Airlines serving Dubbo include Jetgo to Brisbane and Melbourne (Essendon); FlyPelican to Newcastle; QantasLink to Sydney; and, Regional Express (Rex) to Cobar, Broken Hill and Sydney. My flight would be with Rex.

The Rex Group was formed in 2002 as a merger of two well-operated and respected businesses: Hazelton and Kendell. Although part of the Ansett Group, these two passenger airlines had been operating largely as separate businesses until their merger under Rex following the collapse of Ansett.

Today the airline operates about 1,500 flights a week to 58 destinations across all states, being only absent from the Northern Territory and the ACT. It has an all Saab 340 turboprop fleet.

As I had checked in online I proceeded directly through security, where one of the ladies on duty asked whether I had ever been told that I look like Jimmy Carter. I wasn't certain if I should be delighted or mortified, but I took it as a compliment even if I don't see the resemblance.

Airside is quite spacious and features a café/bar where I took the opportunity to grab a sandwich and some fruit juice. Out on the apron, the Beech that had brought me here was preparing for the mid-afternoon departure to Sydney. On the runway I spotted the RFDS B200 that I had seen at the base departing on a mercy run.

I had to chuckle at the Arrivals and Departure display: even Dubbo is reached by Emirates it seems. Of course, they are code shares offered as part of an international journey. I noticed that QF2043 isn't displayed as a codeshare, presumably because it is an unsuitable time for connection to an EK departure from Sydney.

I was impressed by the photo showing how much they used to be able to cram onto a wagon in days gone by. Not sure how many horses are in the team but there are sure a lot of bails of wool on board.

After the 16:45 QantasLink departure to Sydney, a curious thing happened. Passengers had a moment of panic when the indicater board showed flight ZL833 as having departed. At that stage it hadn't even boarded and the incoming flight was only just arriving.

Boarding was called but the details showing on the display were for the next flight, ZL869 departing at 18:30. Oh well, we can all have an off day or make a simple mistake.

Previously with registered as N420XJ and flying for Mesaba, Colgan Air and Silver Airways, VH-ZXK came to Rex on 19December, 2015. It first flew with the test registration SE-B20 on 5June, 1997.

Looking around the cabin, the load didn't appear to be all that great.

The Captain welcomed us on board and gave details about the flight and expected weather conditions en route. The safety demonstration was performed with the reminder to read the safety card.

The Saab 340B taxied to the end of the runway, entered and commenced its take-off roll. Soon we were above the paddocks, leaving the city of Dubbo behind us.

As the aeroplane flew above farming country, broken by occasional bushland, I looked about the cabin and found that it was clean, though showing some signs of age.

Meanwhile, a cabin service was provided with each passenger being offered a small tub of water and a sour cream-flavoured chickpea snack packet. Coffee and tea were also offered and I opted for the former. The cabin service was conducted in a cheerful manner.

Beneath us the landscape changed from the flat country of the Western Plains to rolling hills and more mountainous country, punctuated by streams, rivers and dams. The Captain announced that in a few minutes we would commence our descent into Sydney. This was the signal for the cabin crew to bring round a basket of fruit Mentos. These would help those who are susceptible to changes in pressure. A small thing but a very thoughtful gesture.

Before long we were passing over the Western Suburbs and passing Mascot. Once again the approach would be from over the Tasman Sea and Botany Bay. There was a bit of turbulence as the Saab descended and lined up for approach but nothing too uncomfortable.

Pretty soon the aeroplane was on the ground, making its way to the stands that serve Regional Express. The Captain thanked us for choosing to fly with Rex and hoped to see us back on board again soon. Once the Saab had come to a complete stop and the engines turned off, the door was opened and we could alight to board the waiting bus that would take us back to the terminal.

Regional Express say that their heart is in the country and during today's flights the crew certainly extended a country welcome. Apart from the small mix up with flight details displayed in the terminal in Dubbo, everything had gone smoothly. The cabin service was not substantial but given the flight duration and the limitations of the on board galley quite adequate. I would certainly fly Rex again.
Necessity is the plea for every infringement of human freedom. It is the argument of tyrants; it is the creed of slaves. - William Pitt Speech, 1783
Top

Another great report and photos.

Done a few flights with REX myself and they have been great, even when the aircraft broke down in Charleville, Queensland. Was kept informed about when the replacement aircraft etc was arriving etc.

The aircraft you were on is an ex Silver Airways aircraft and was still flying around in that livery for a while. 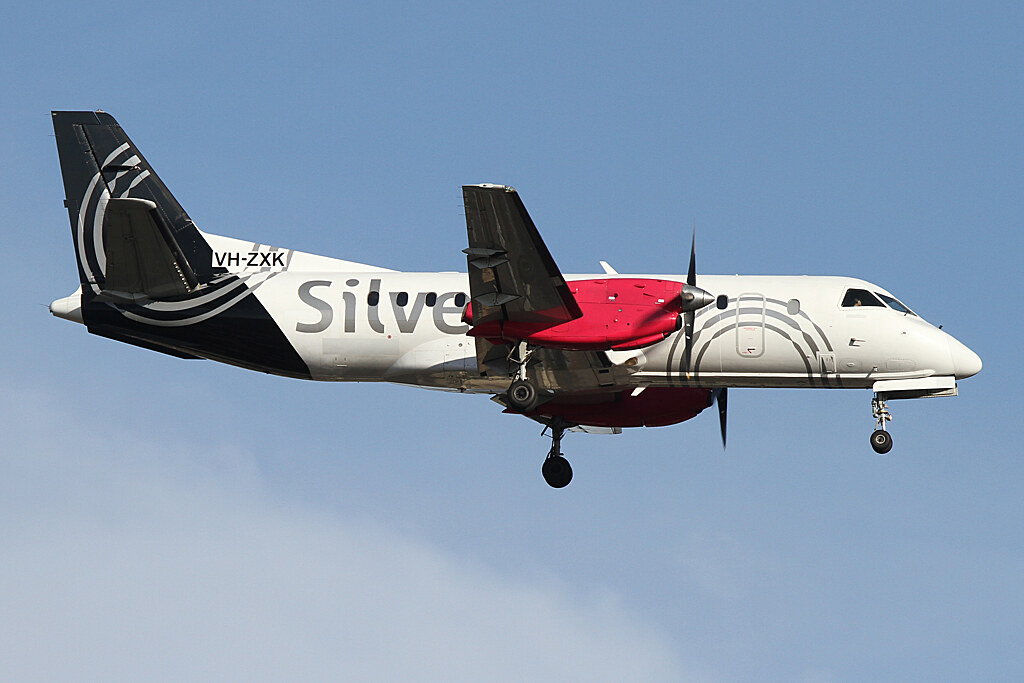 Nice report. I had the chance to fly on a Saab 340 in the Cook Islands, with Air Rarotonga, from Rarotonga to Aitutaki. Nice aircraft, that's for sure.

Interesting visit to the Royal Flying Doctors. They're very similar to what we do here in Canada except, we fly in the Arctic, instead of the Outback

Ryan h wrote:
Done a few flights with REX myself and they have been great,

Good to know. I had only previously flown with them on a return trip Esperance as they haven't been in Western Australia all that long. I am planning on flying with them to Albany (ALH) in March, 2017.

Thanks for posting the photo of the aircraft in its previous livery when with Silver Airways.

Vio wrote:
I had the chance to fly on a Saab 340 in the Cook Islands, with Air Rarotonga, from Rarotonga to Aitutaki.

That would have been an interesting flight and a beautiful destination. I haven't flown in that area but have through it a few years ago.
Necessity is the plea for every infringement of human freedom. It is the argument of tyrants; it is the creed of slaves. - William Pitt Speech, 1783
Top