So I’m back from an amazing trip to Amsterdam and Berlin.

Because there has been so much talk in different forums about Lufthansa’s San Jose to Frankfurt Service about light loads and the recent conversion to seasonal service, I thought I would try this flight and get my own perspective on this flight.

So I’ll get the most obvious question out of the way first – How full were the flights:
Both my outbound and return trips were completely full (100% LF) and chatting with some of the crew seems to indicate that this flight has been consistently full in recent months.

I arrived at SJC about 2.5 hours ahead of time to check bags and do my customary Terminal walk.
Check in Terminal B 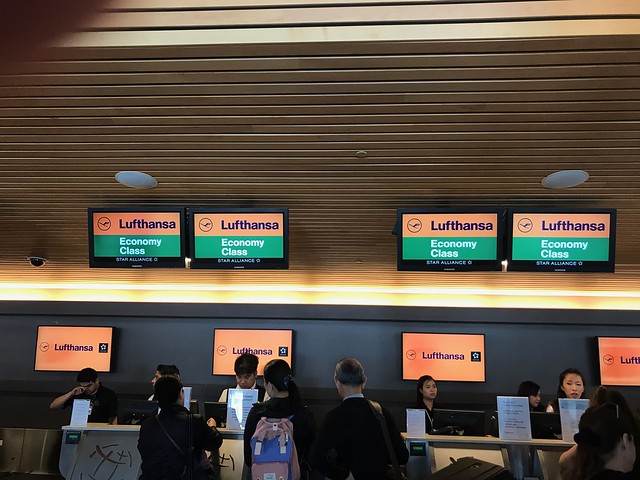 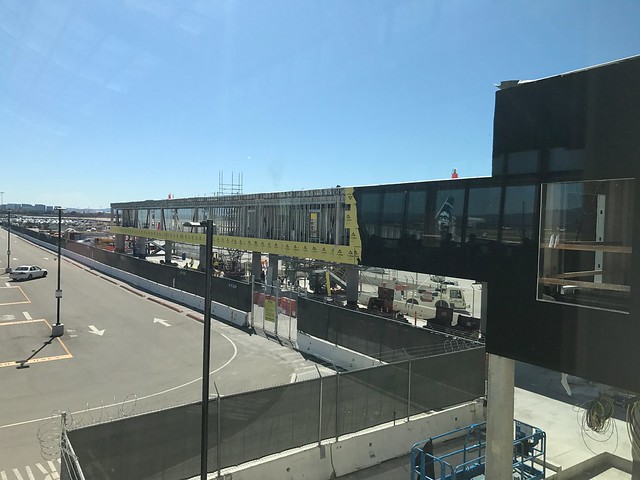 D-AIFF arriving from FRA to turn back: 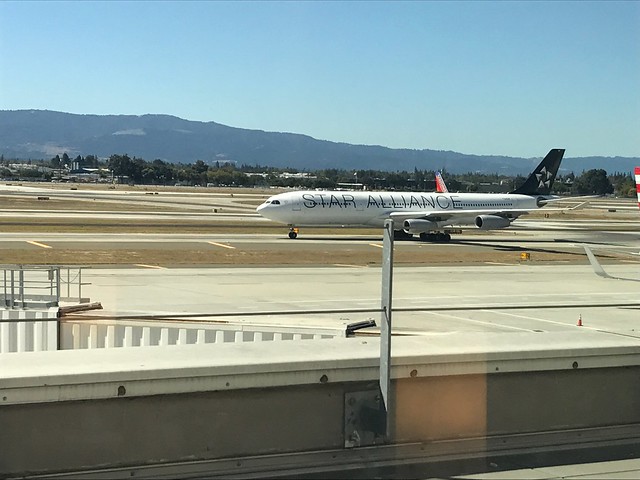 Boarding started promptly ontime at 1425 for a 1505 departure 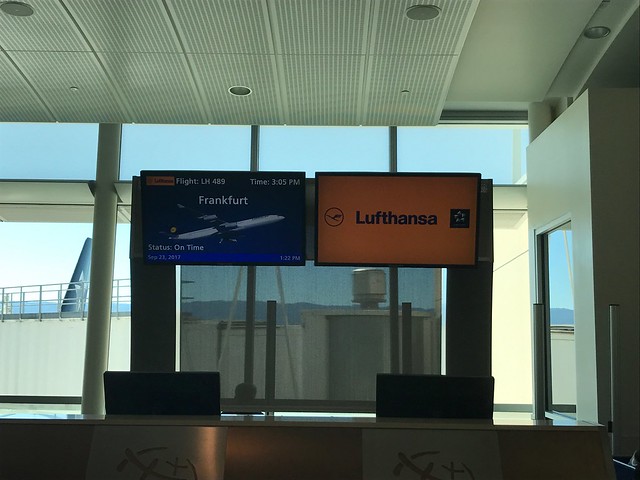 In SJC, Economy boarding is divided into two groups- A or B which is stamped on your boarding pass (note this process was not used in FRA or for any other LH flight I took) which people seemed to uniformly follow. I took my window seat of 38K in the second economy cabin. The cabin separated by a bank of 8 lavatories mid cabin and we pushed back on time and taxied out to 30R for a long roll and slow climb out. We flew south for a much longer time than usual to gain altitude get above SFO arrival airspace and then turned back north/east flying over Lake Tahoe, then over Idaho, Montana than into central Canada, etc. 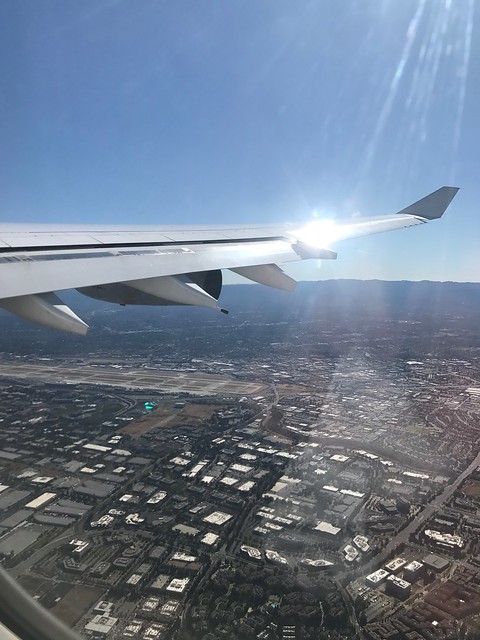 About 45 minutes after departure, the first service began which was a cocktail and crackers, followed by dinner and two drink services: 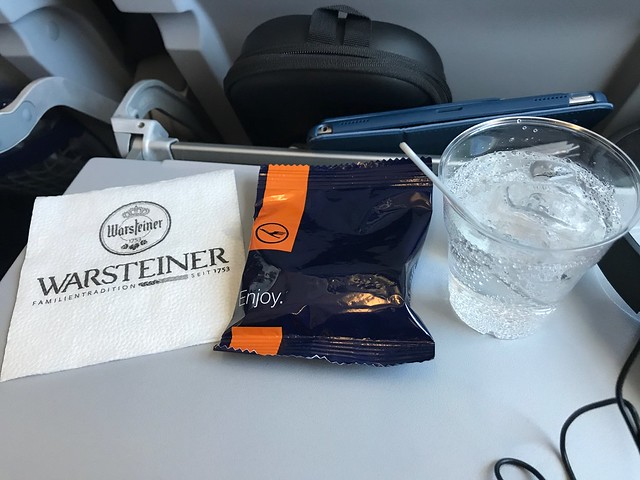 https://flic.kr/p/BXTusN
Dinner choices were beef or a vegetarian pasta. The beef wasn't too bad, a bit on the chewy side, but not dry. I had a couple glass of wine and settled in with my movies and tried to sleep. 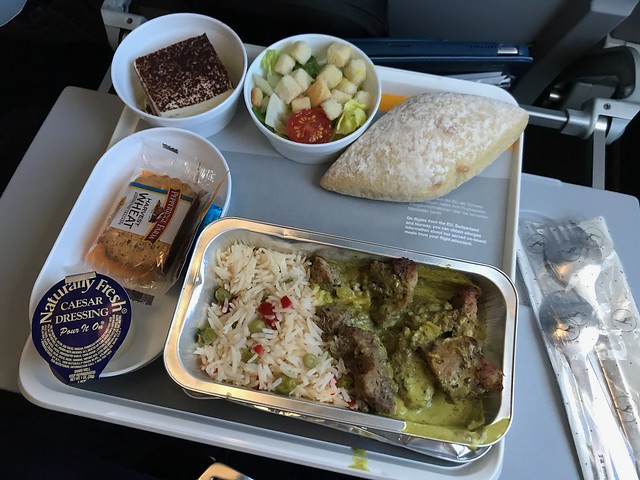 I slept off and for the duration of the flight and about 90 minutes out was a breakfast service: 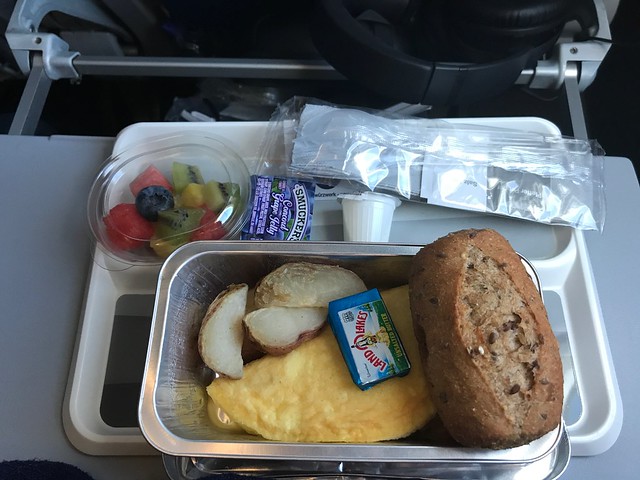 We landed in FRA on time and taxied over to the Z terminal where I connected to my next flight. I found Frankfurt to be a pretty easy airport to connect at given it's size.

This flight was also completely 100% full.

My inbound flight from TXL arrived a bit late significantly reducing my connection time in FRA. even thought our flight parked right next to the A343 that would be taking me to SJC, having to clear passport control and making way to the "Z" level for international departures took a few minutes gate to gate was still only about 25 minutes which was fine for me, but not my bag). When I arrived, they boarding was wrapping up and final announcements were being made. 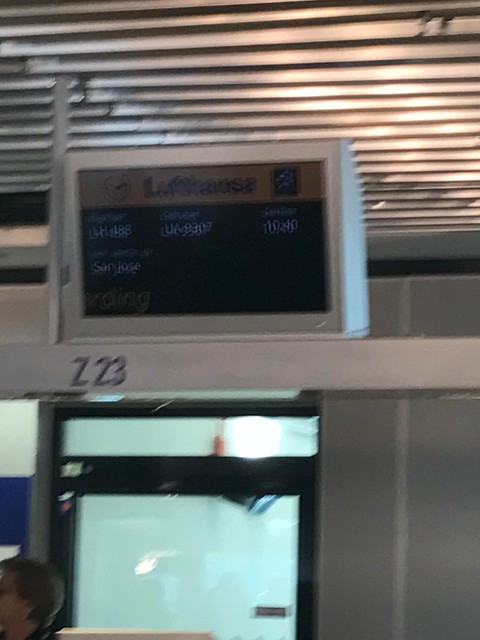 Settled in and then we were on a gate hold for flow for departure control. After about 20 minutes we pushed and departed out for the 11 hour flight home. 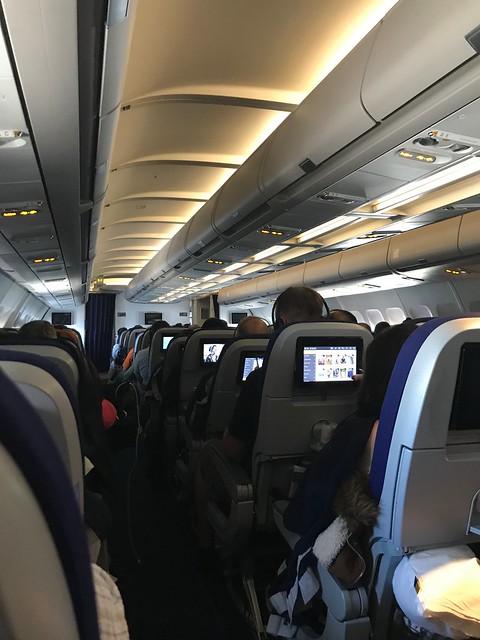 During the flight I watched some movies, took a few walks around the cabin and briefly chatted with the crew. Their focus was on efficiency and working through the flight so they seemed to avoid unnecessary conversation. They were not cold or evasive, but just focused on their tasks. 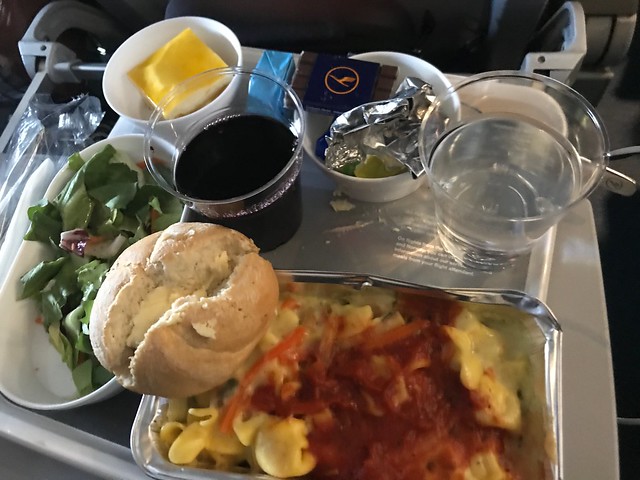 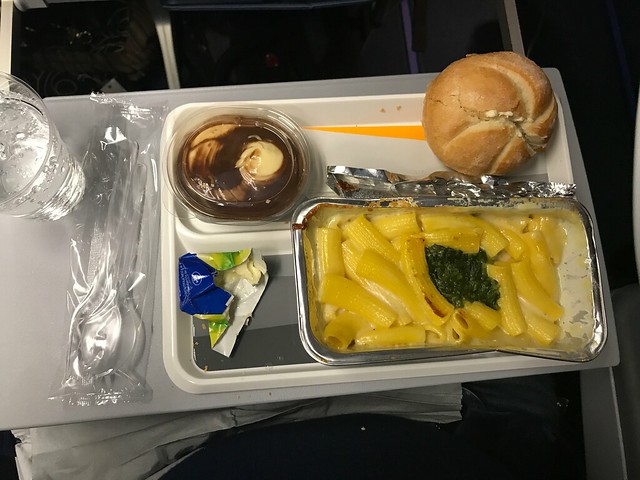 Impressions - It was a simple and average (yet better than US Carriers) transatlantic flight. I'm glad to hear despite other comments about this route that it is attracting more passengers and will continue it's growth when it resumes in the springs.
The red zone is for the immediate loading and unloading of passengers only, there is no stopping in the white zone...(Ai
Top

You did a good job.
God bless through Jesus, Jeff
Top

I always appreciate a Star Alliance livery. The meals looked very good and all the pictures were excellent. Thanks for sharing!
Top

Thx man, did you flew LH TXL-FRA as well?
Top

Thanks for sharing! The meals don't too bad.
My airliners.net photos
Top
Post Reply