Hello, thank you for taking your time to read my report.

If you are just joining us, please don't hesitate catch up on parts 1 and 2: found below:

Anyway back to the report:

After the wall visit, we headed toward a nearby Hotel with a Shuttle Service to XIY, and immediately we were able to be on the shuttle in no time. We were dropped off at Terminal 3 where CZ and Skyteam carriers (Notably MU/FM/MF) depart and arrive.

Once entering the terminal we were stopped by an officer for a few seconds to check for explosives (because of that incident in Australia,

Then we were off to the check in lines, which didn't look dedicated at all. 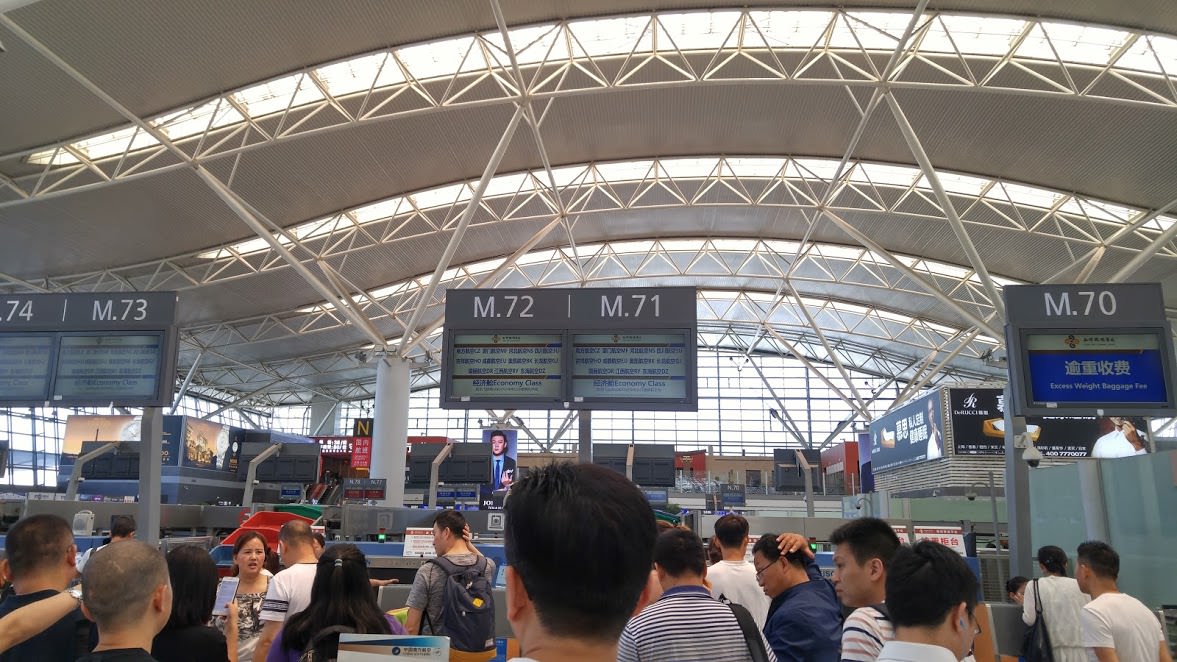 Afterwards we got our BP's and off we were to security, but first, lunch: 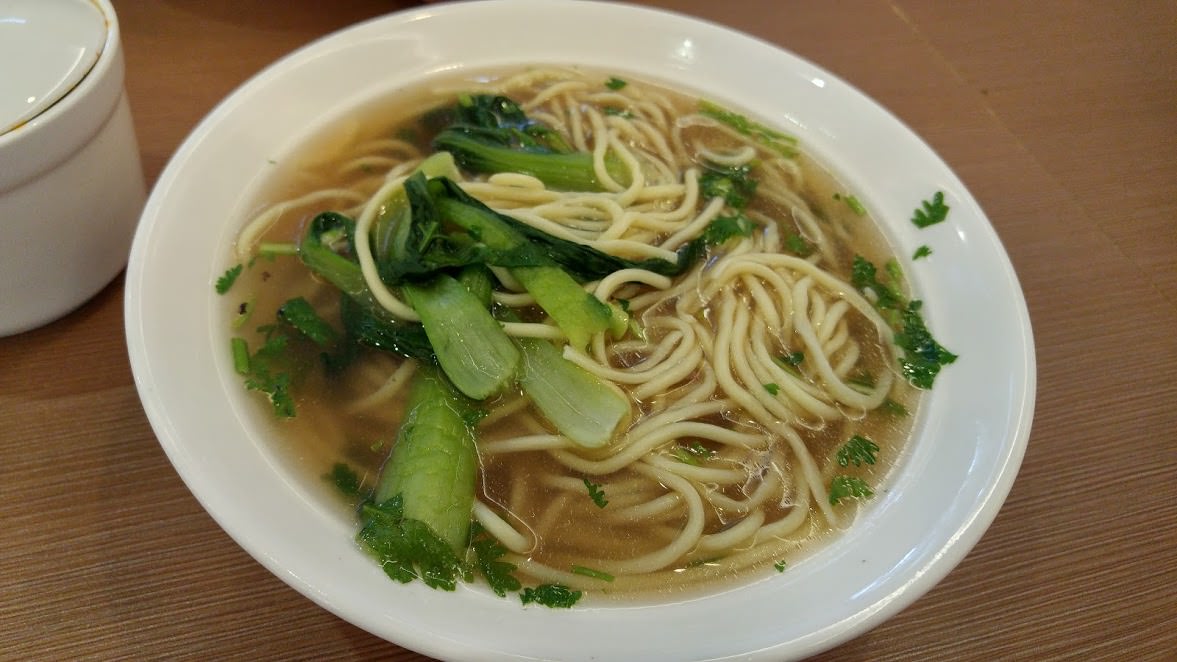 I told my mother the flight was delayed outbound from LZW, Lanzhou, for about 30 minutes so need no hurry we were in. 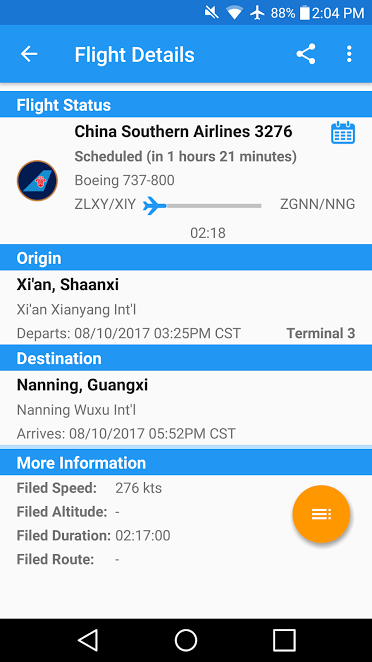 Then off to security who were not very nice and sort of were upset with people a half step ahead of the line and next in line.

Afterwards I knew that we wouldn't be in a hurry since our flight was delayed and when we finished security it would have been boarding. 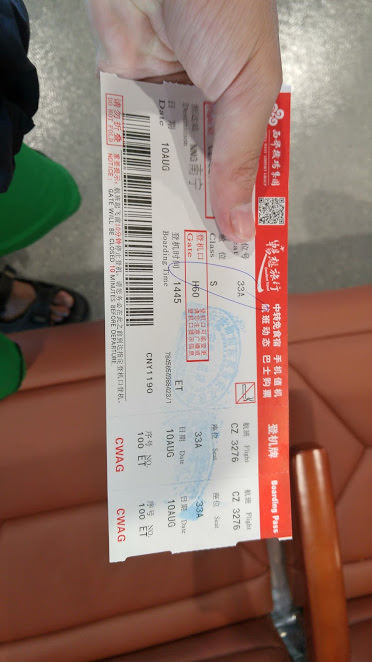 First we headed to Gate H60 where our flight was going to be from until a very inaudible announcement announced a gate change to gate H46 which was going to be a remote stand. I was upset since if the passenger was non-Mandarin speaking then how would they know about it. There was not much signage at the gate although they did write about it on gate podium. 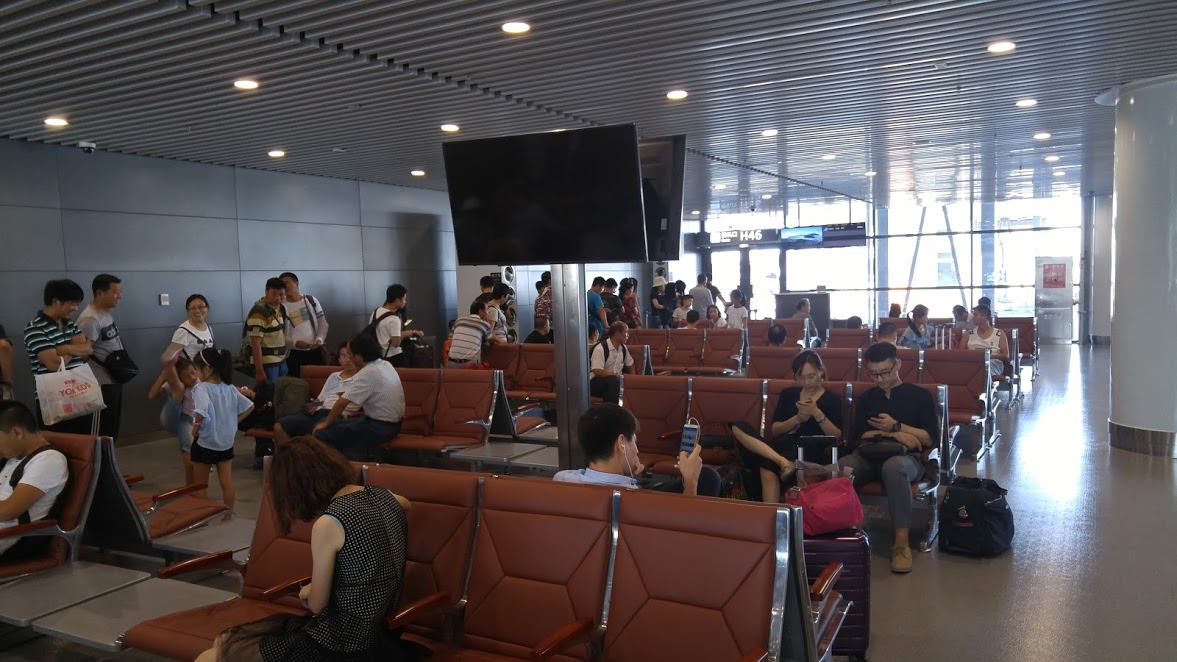 H46 took a while to find but eventually we where there where a queue started after a bus came.

Finally at 15:31 boarding procedure began, only 30 minutes behind schedule. 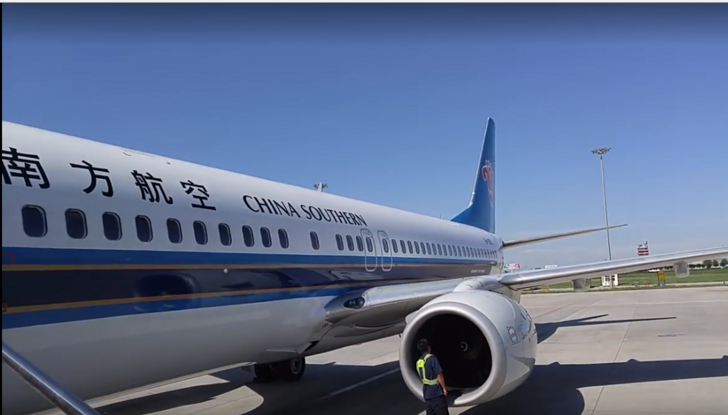 Yay a remote stand so I can easily see the registration. (B-1951)

Row 33 happens to be in Class W, Premium Economy, so I was excited to not be in the back of the bus for once. 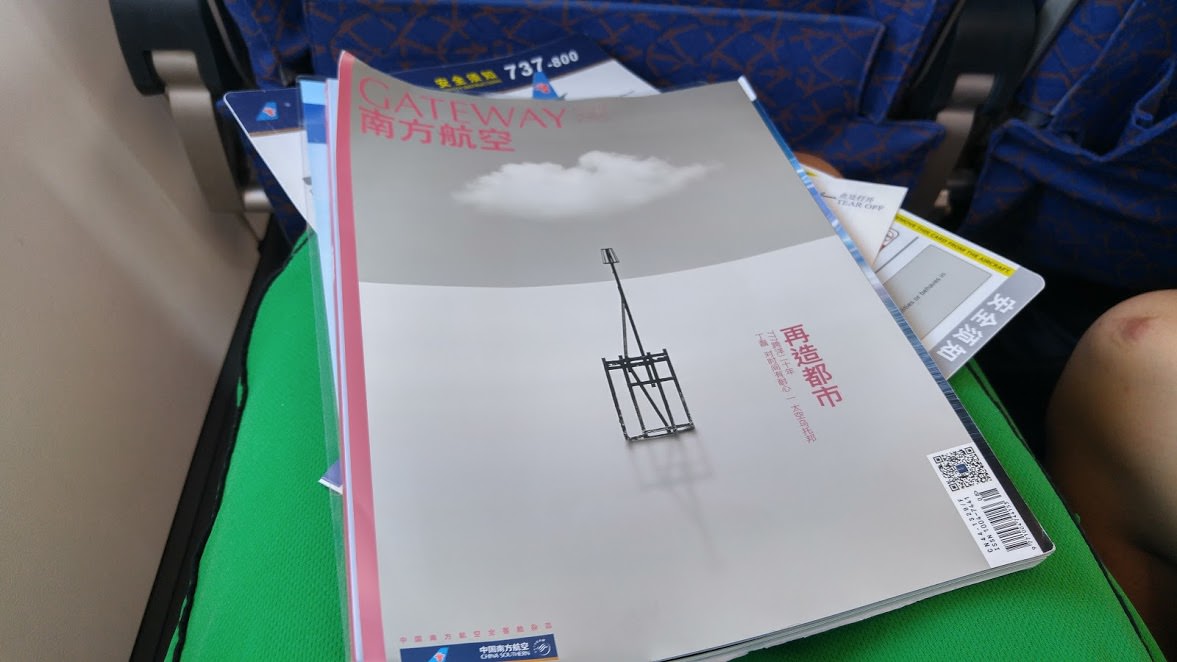 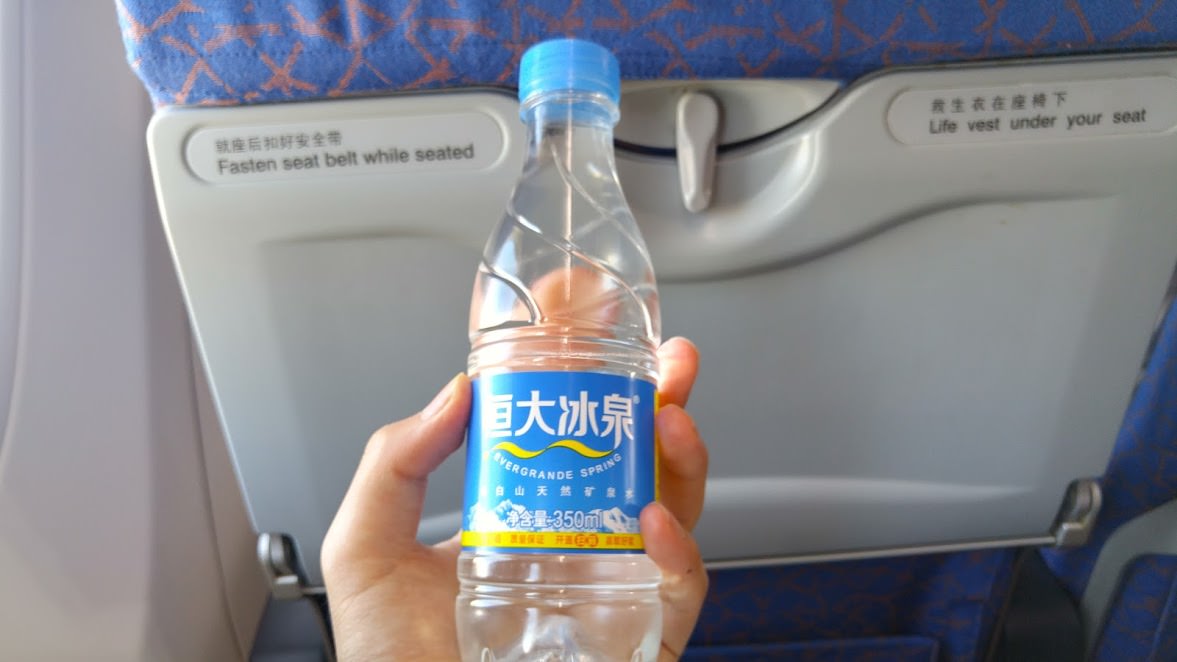 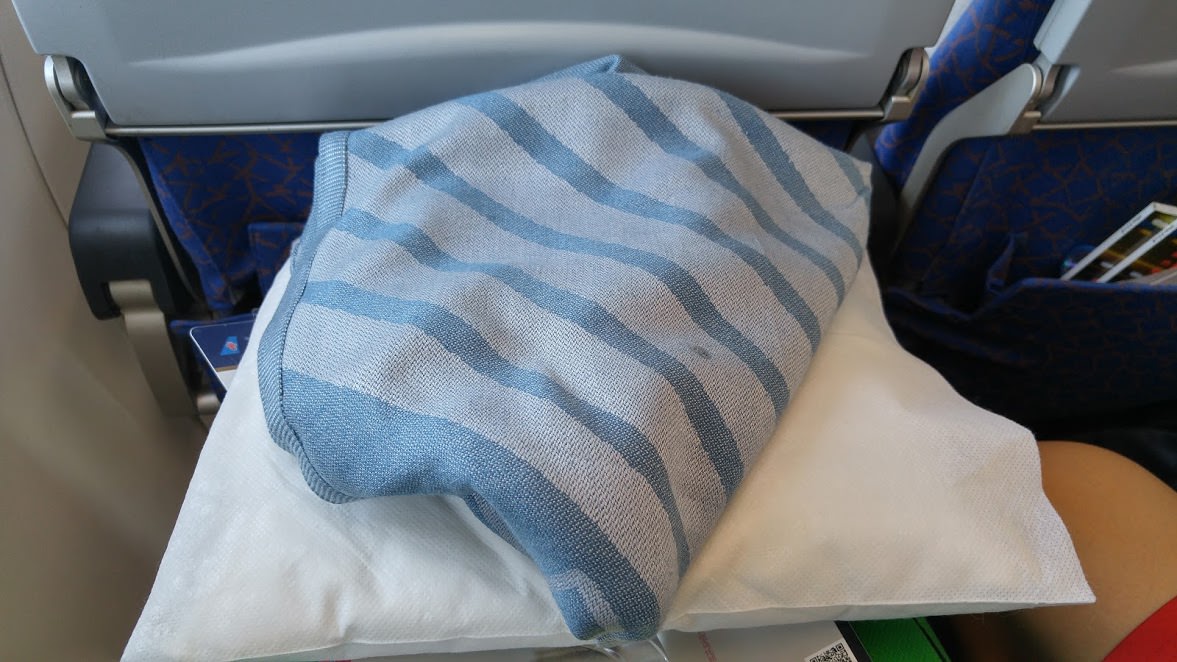 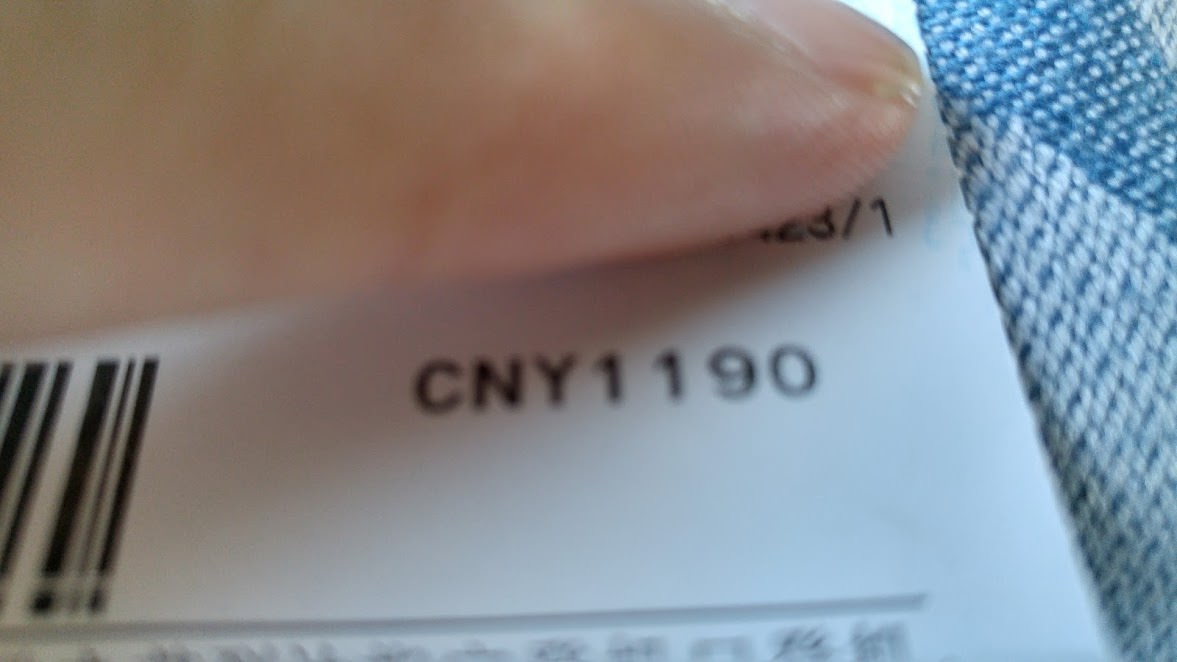 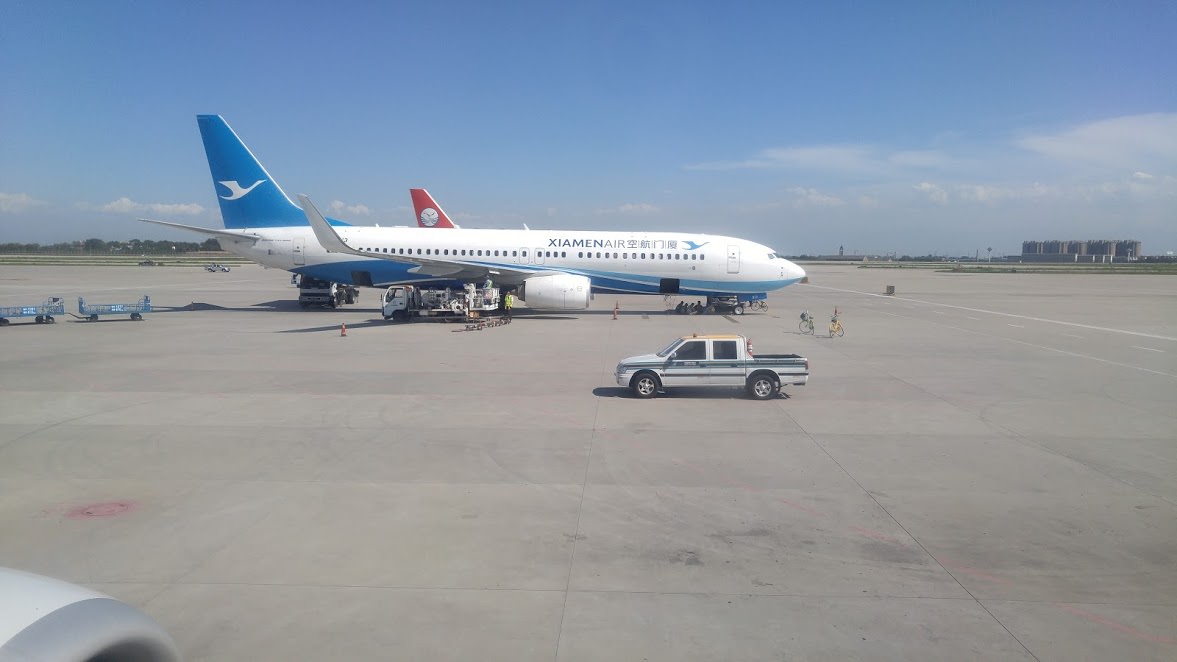 Xiamen (can't wait to fly with you again!) 738 and Sichuan in the background 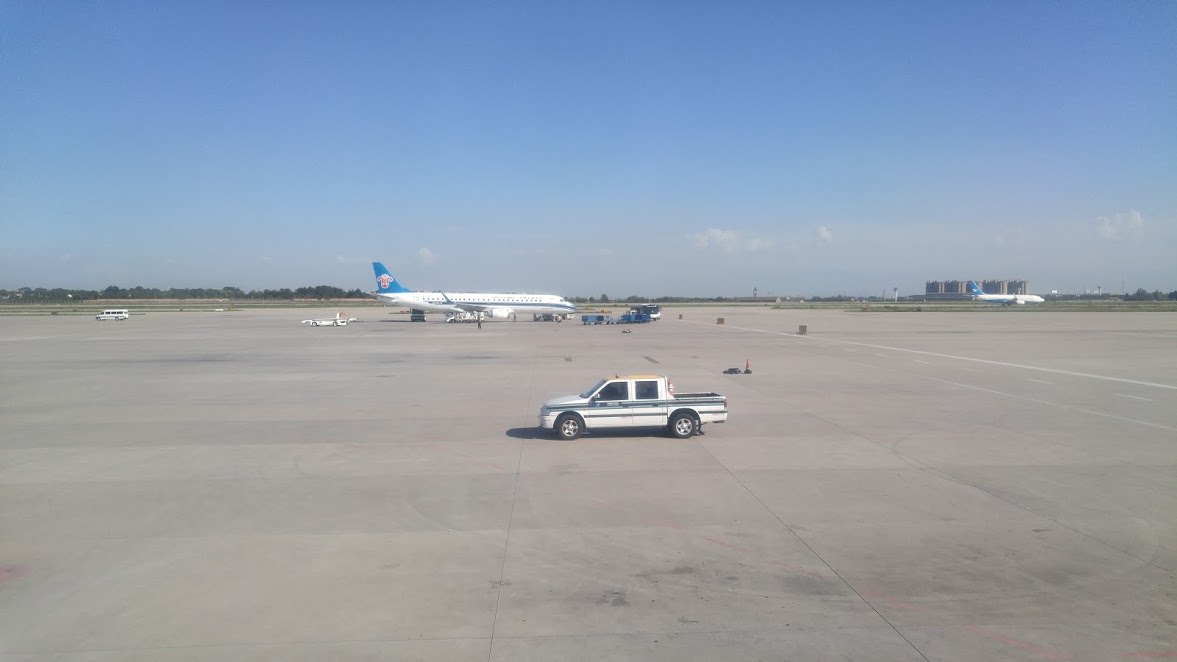 After waiting and waiting the drop down screens began playing, and at 16:51 we pushed back (seeing some mechanics likely under the front gear waving), enough is enough, time to go!

Unfortunately, XIY has only one runway dedicated here so we had wait for another hour, watching planes go by in anger, including a heavy MU A332.

30 minutes later they announced another 30 minutes until their scheduled take-off.

Takeoff roll then finally promptly began at 18:03 and after 2 hrs and 30 minutes of delays, we were up in the air 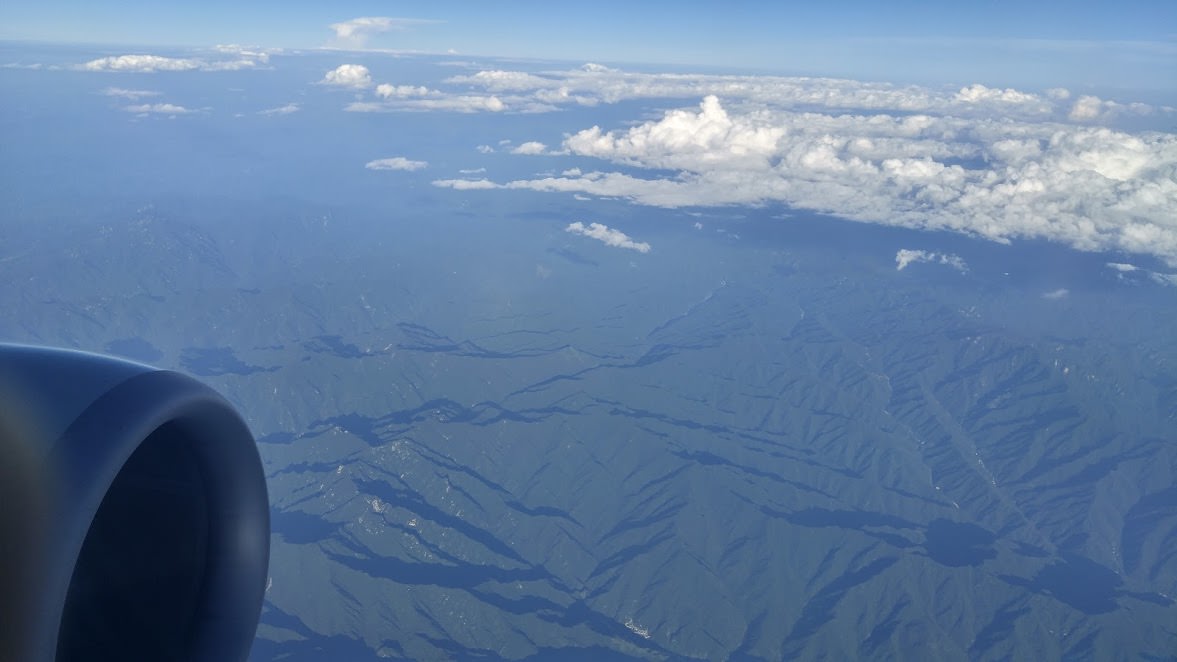 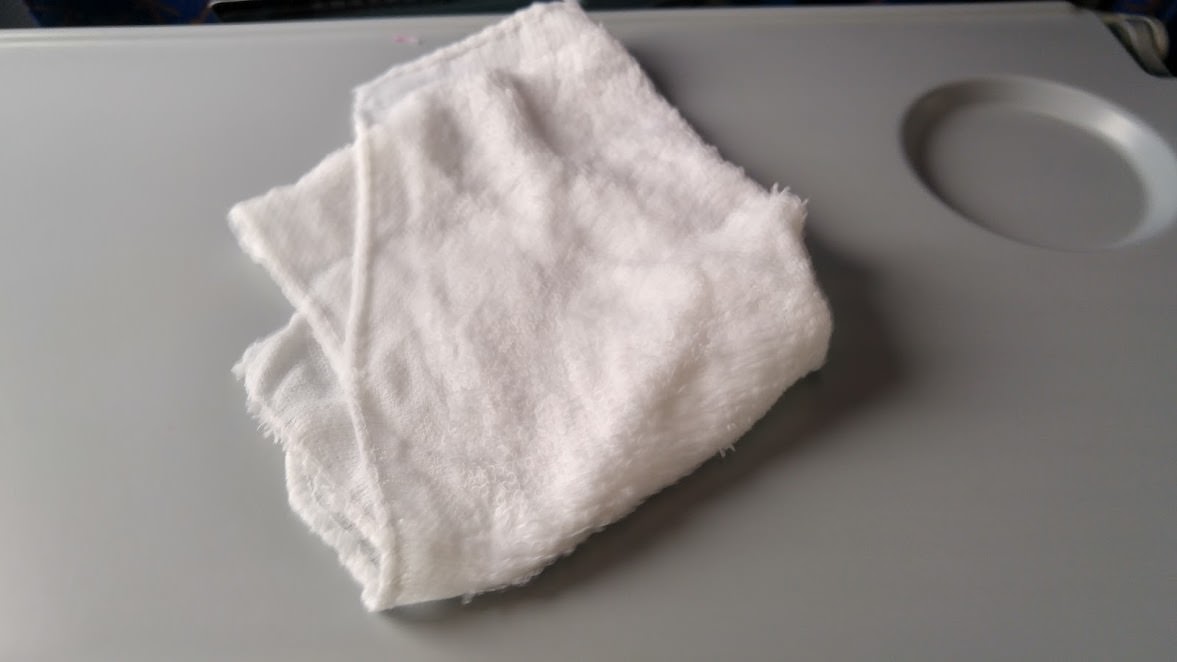 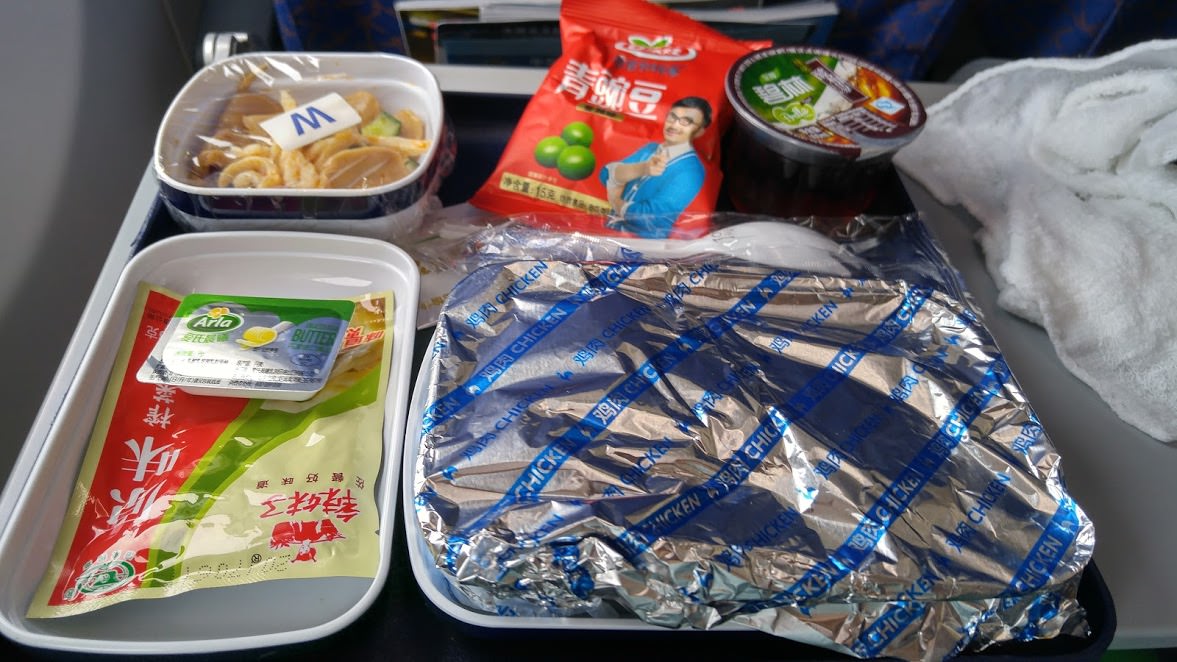 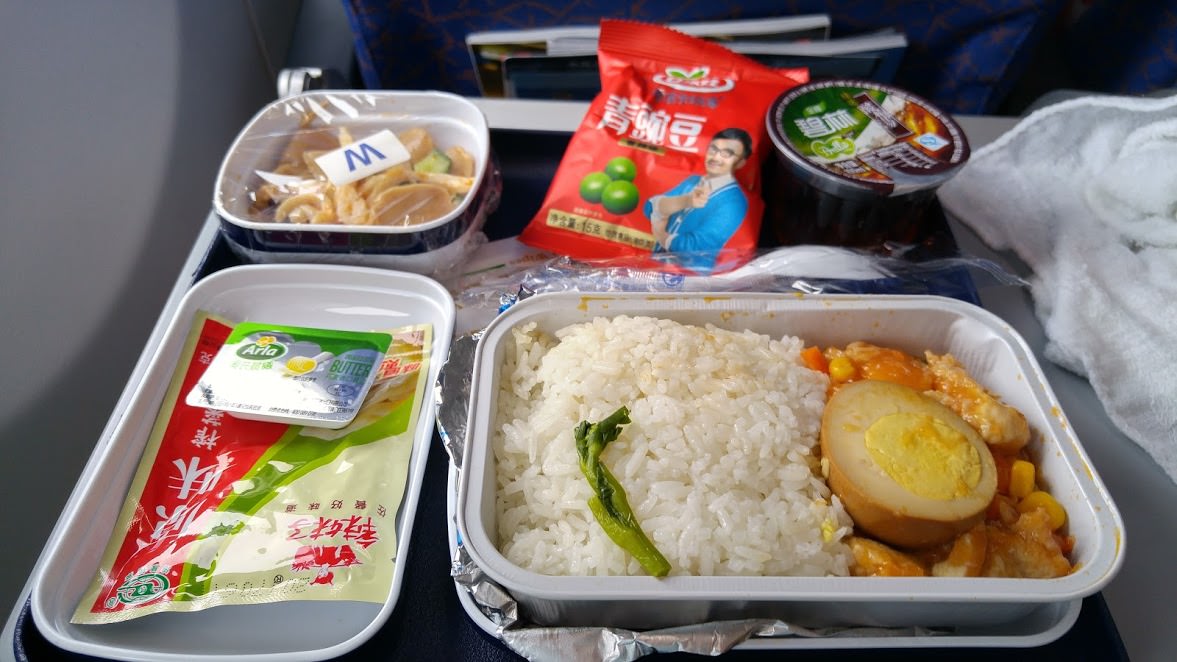 The chicken was in a tasty tomato sauce, corn, and a tea egg, and rice with a sad tiny vegetable with another one in the rice.
It also came with a mushroom salad, pickled vegetables, baked peas, iced tea, butter, and bread. 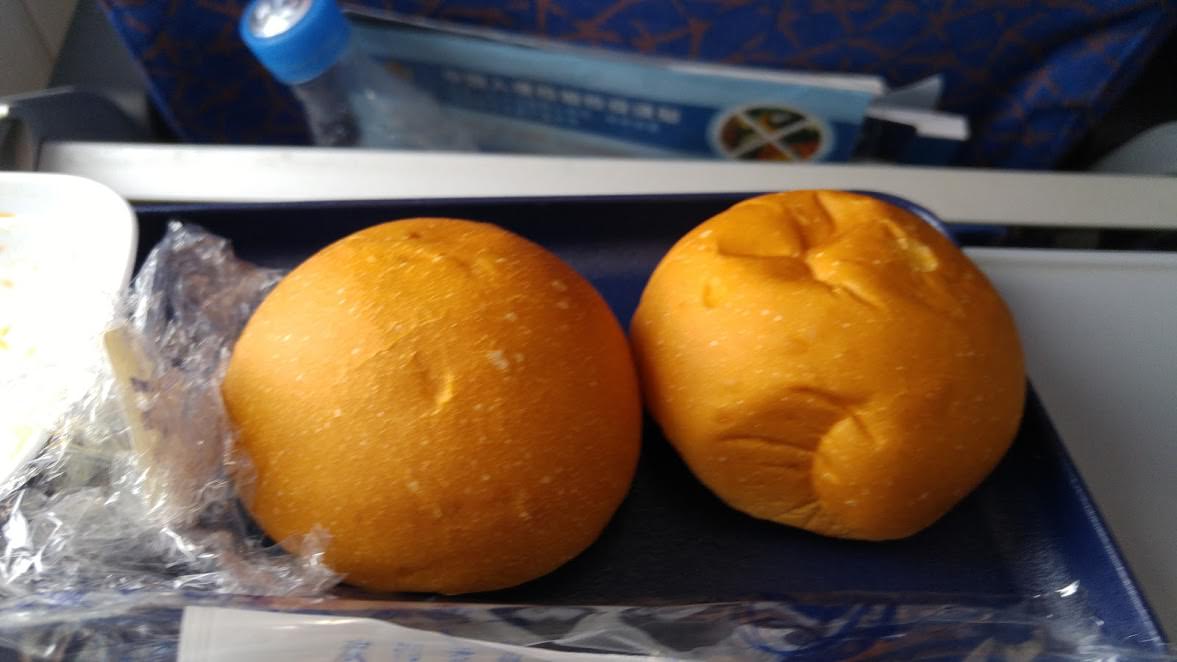 Extra bread from the nice hospitality 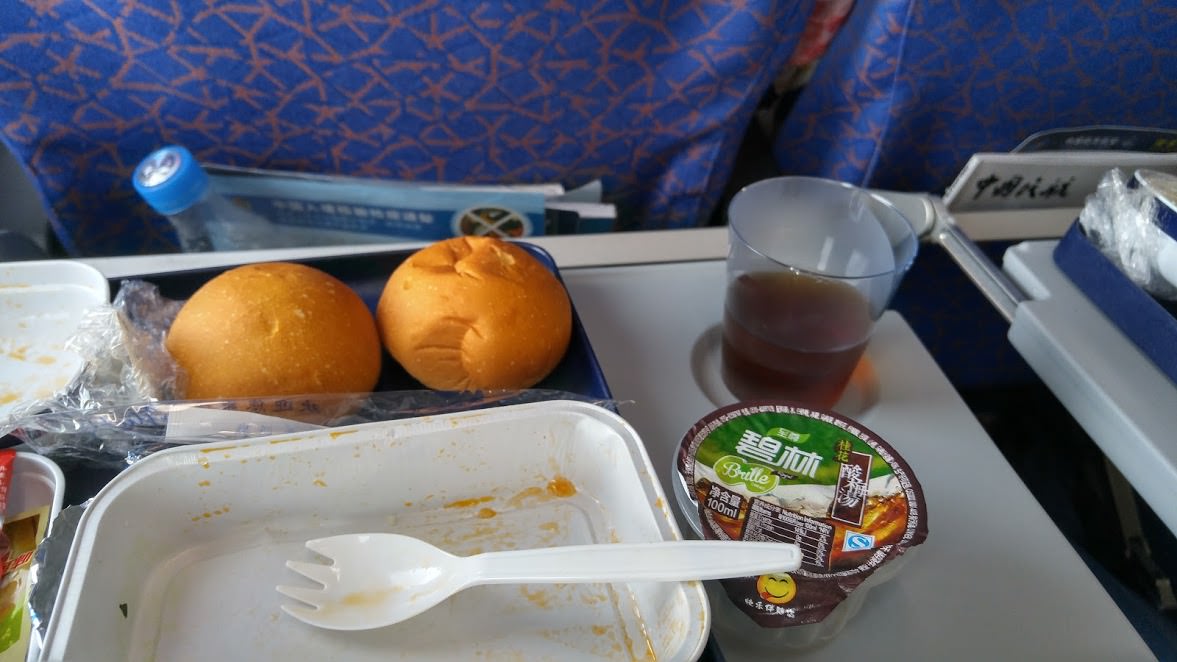 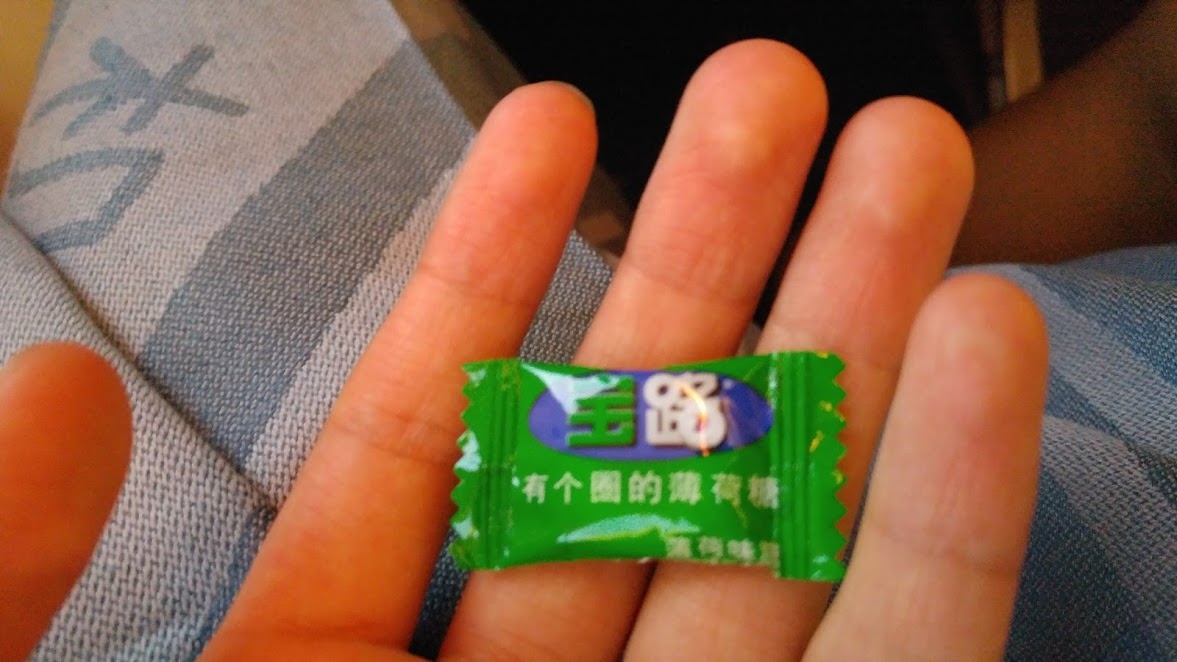 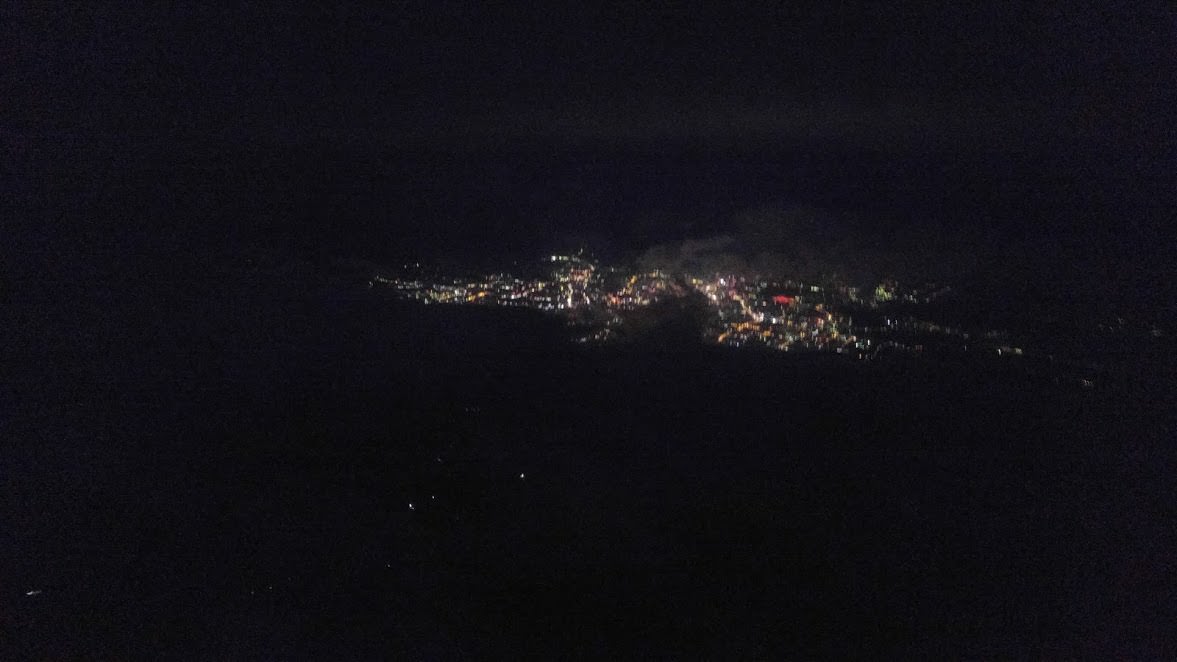 There were some sprites while landing meaning a thunderstorm was in the way while landing and somehow the pilot seemed to go into it.

Afterwards we gently touched down at a rainy NNG at 20:03. 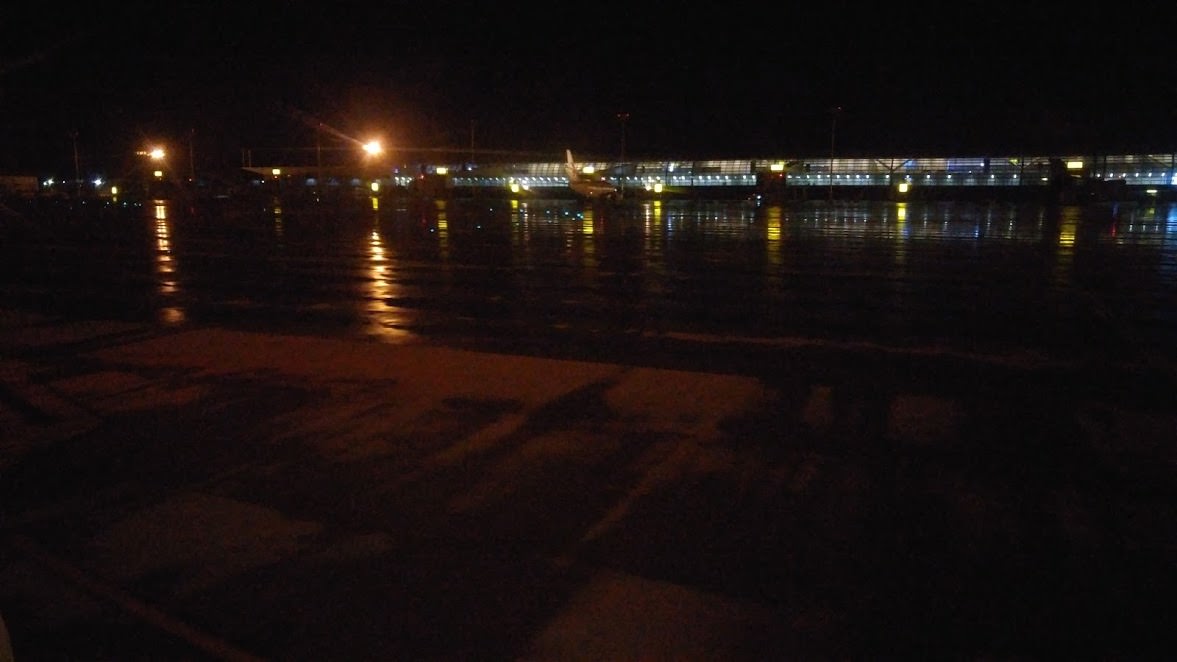 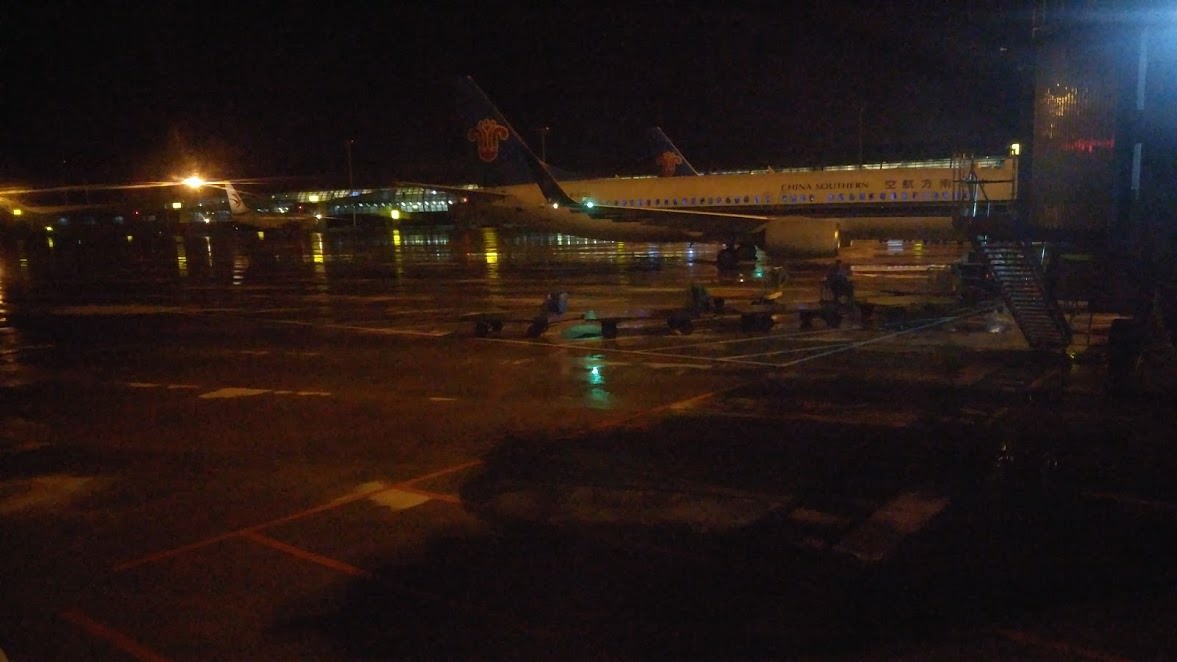 Afterwards we disembarked and off to the airport shuttle to the railway station near where my mother's parents reside.

CZ's premium economy is certainly an awesome thing. The only thing is that we got almost the same exact stuff sitting in economy though, and with that extra 30-40 dollars will only get you some tiny extra things (i.e. the blankets, water, mint, etc.). The issue was on this flight the reason for delay was unapparent, until I saw the mechanics walk out right before we pushed back and I assumed it was a mechanical that led to the delay in Lanzhou. Overall I would try to avoid domestic flights unless they are first thing in the morning or if I have a long layover just in case the worst of the worst happens, and the trains are very cool too. Thanks for reading and if you need some more stuff you can read my other older posts: