I'd like to welcome you to my very first report here on airliners.
Every now and then I am posting trip reports in a german aviation related forum.

The other day I noticed one of the last ever flights will be DUS-AMS, so I took the oportunity to be on that flight. 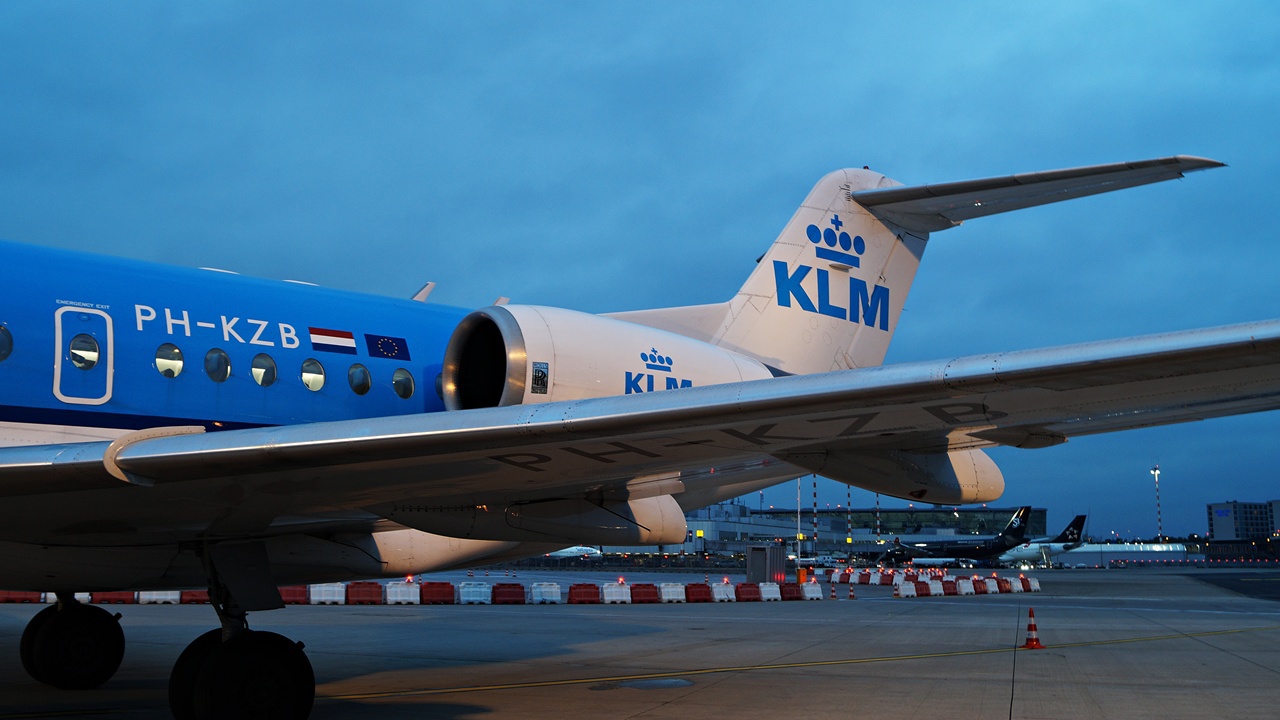 Photogenic apron stand and a lovely CPT who enjoyed that "special flight" as much as about 15-20 PAX of the fully booked aircraft, who booked the flight only to be on it 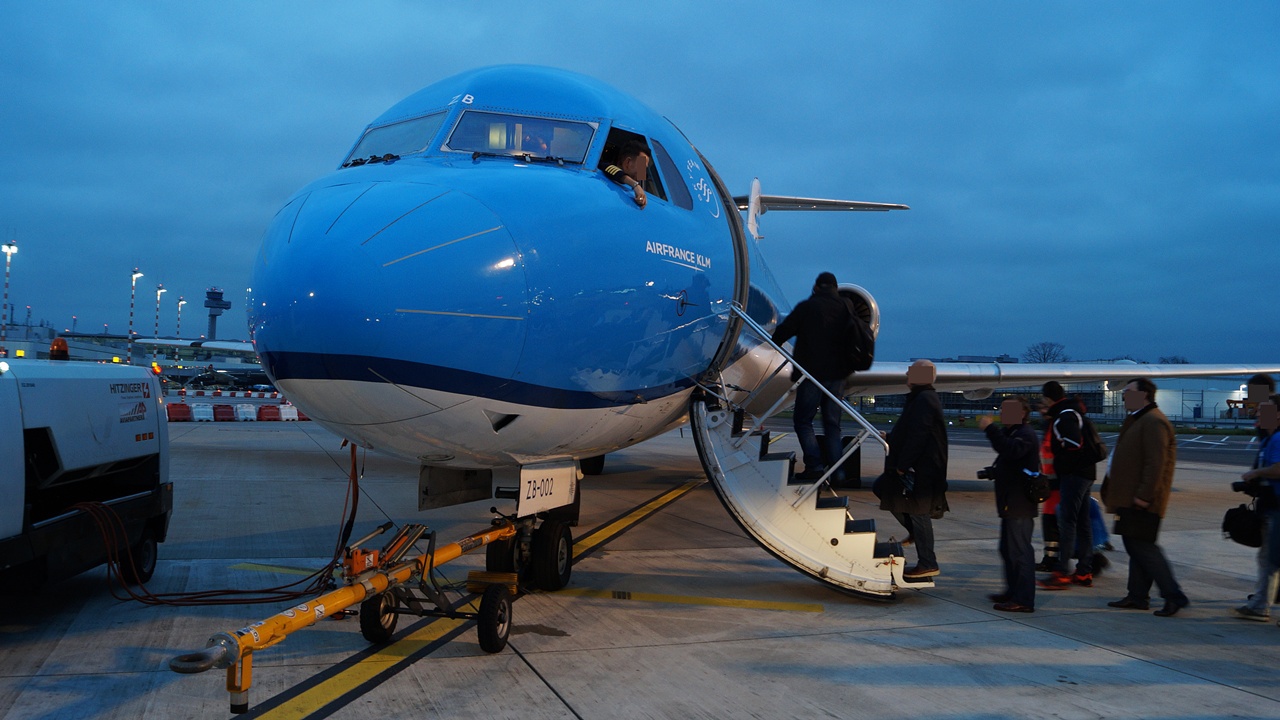 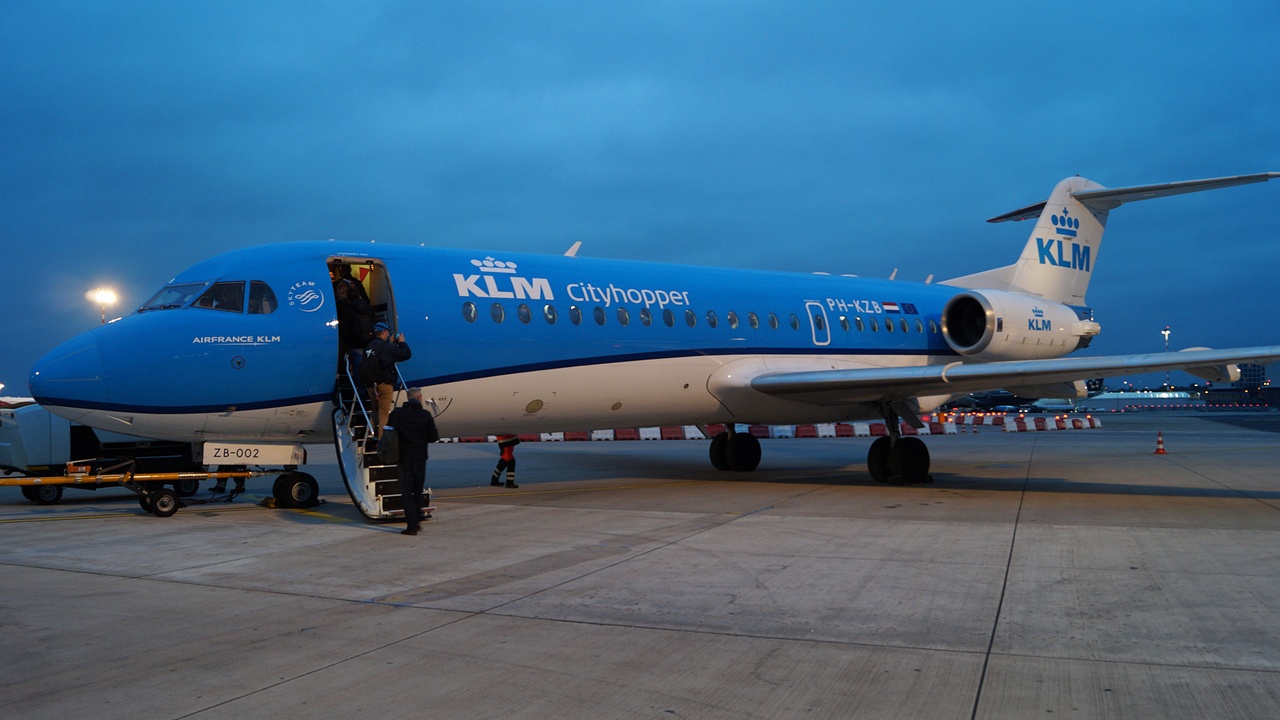 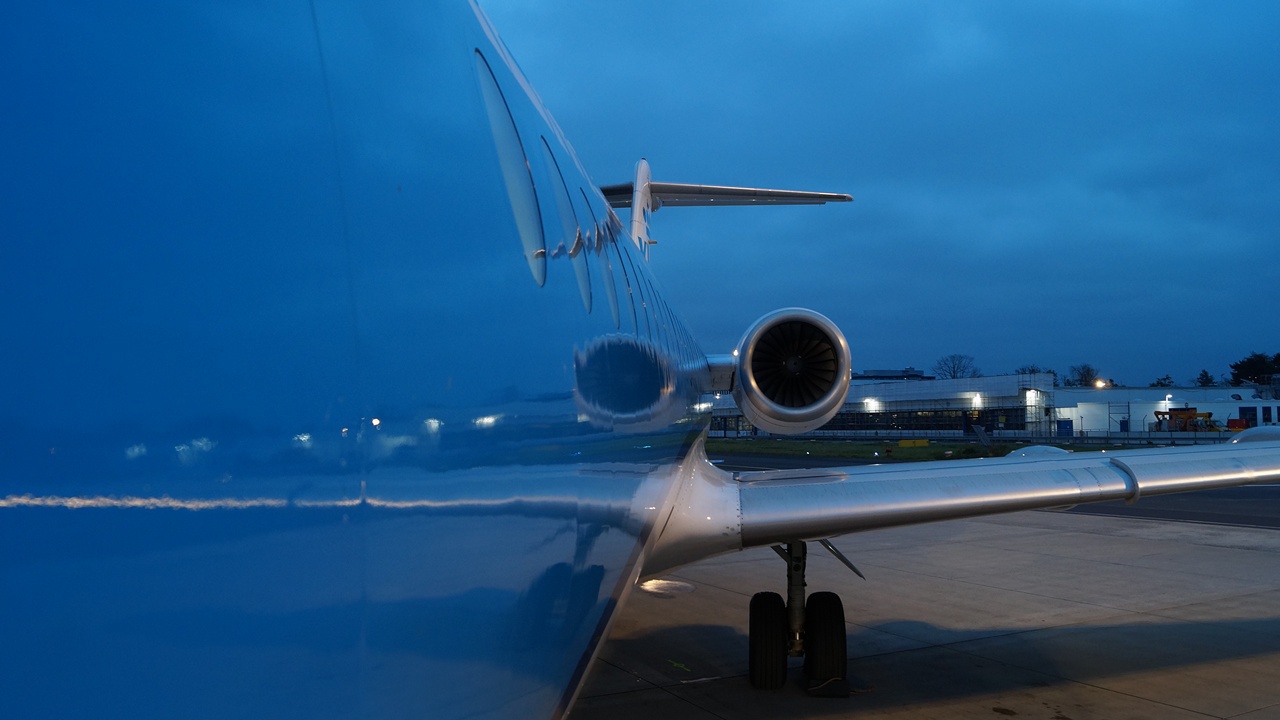 Taxi to the runway took a while, we had to go to the airports other end. TO from 23L into the darkness 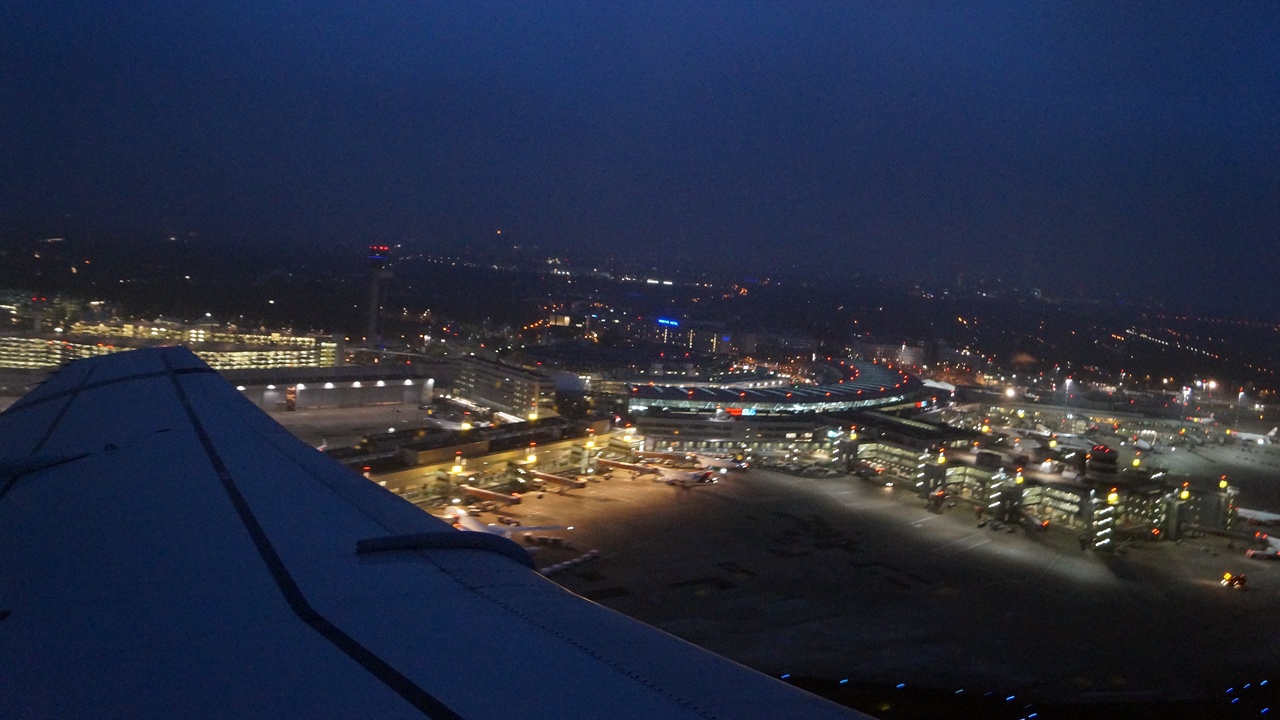 Little snack was served shortly after TO 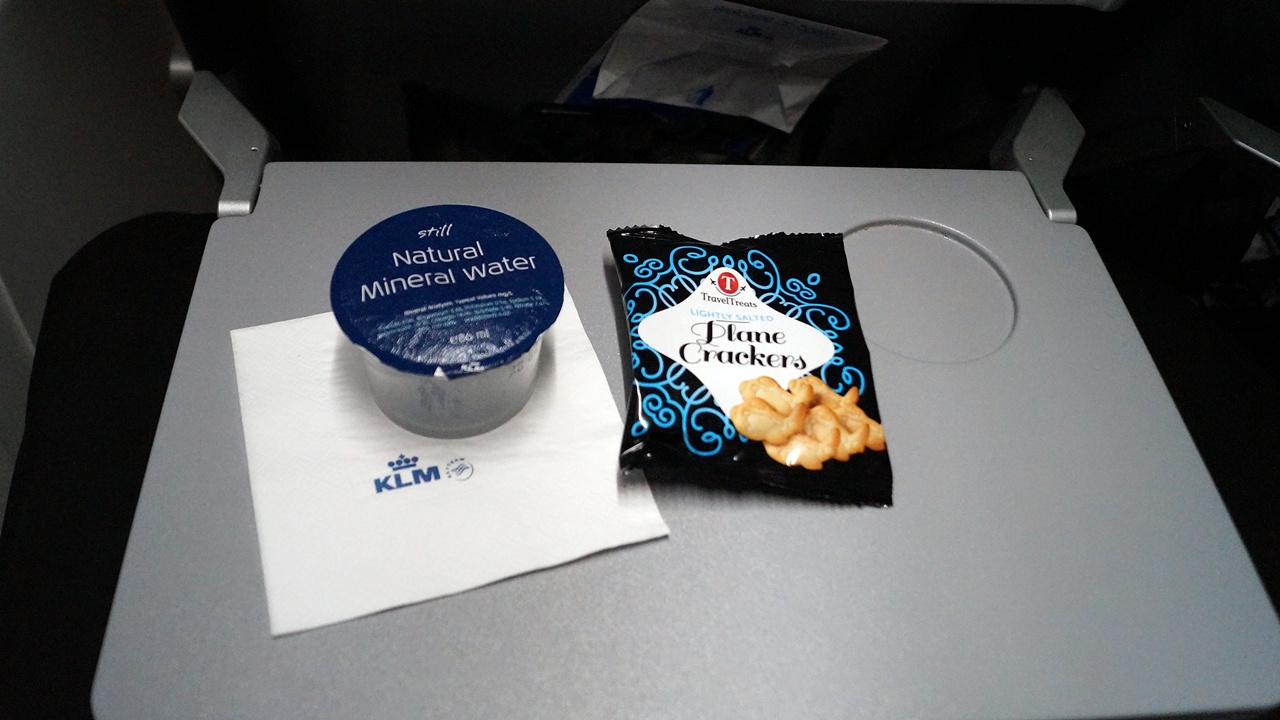 As I mentioned before the CPT already talked to some people who looked "interested". During the flight he told us a lot about the history of Fokker and how Fokker belongs to KLM.
97 years ago the very first KLM Fokker arrived in London and of course the last ever KLM F70 was going to London today.
Aviation history is what he was talking about. And we were part of it, too. It is unlikely to happen that there will be a F70 ever again at DUS airport.
So by a good chance this was the last F70 flight ever to leave DUS.

The FAs handed us some gifts. Very nice gesture, KLM. Thank you! 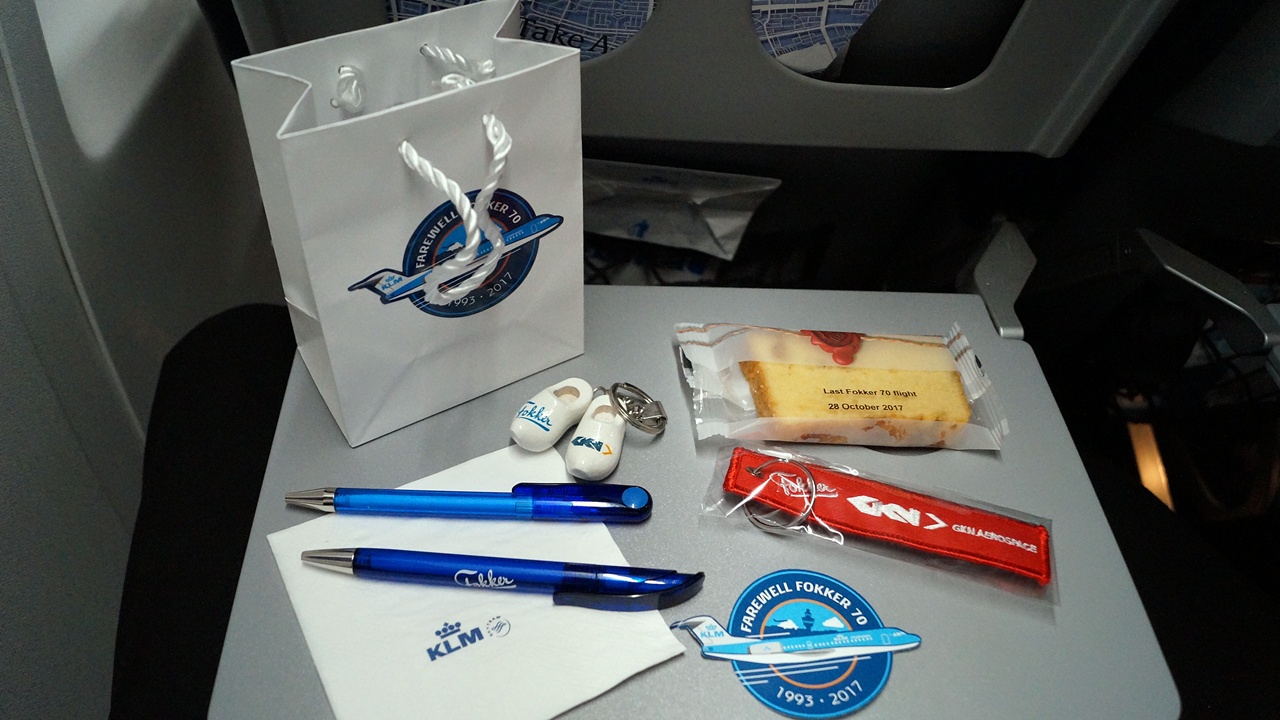 30 minutes after take off we arrived in Amsterdam. 7:05p.m.
That said there were only four more F70 to arrive. Three of them a few minutes later, the last one, from LHR, 8:30p.m. For sure in the Fokker special livery.

One last time the Captain spoke to us. Everyonewho who liked could spend some more time in the Fokker, there were two busses waiting for us outside. The ones with tight connections should hop on the first bus. Except for two italians everyone got that. As italian as they were a Drama was going to happen. The Captain and all others were very calm, the italians had to wait for the others.

I took some more pictures 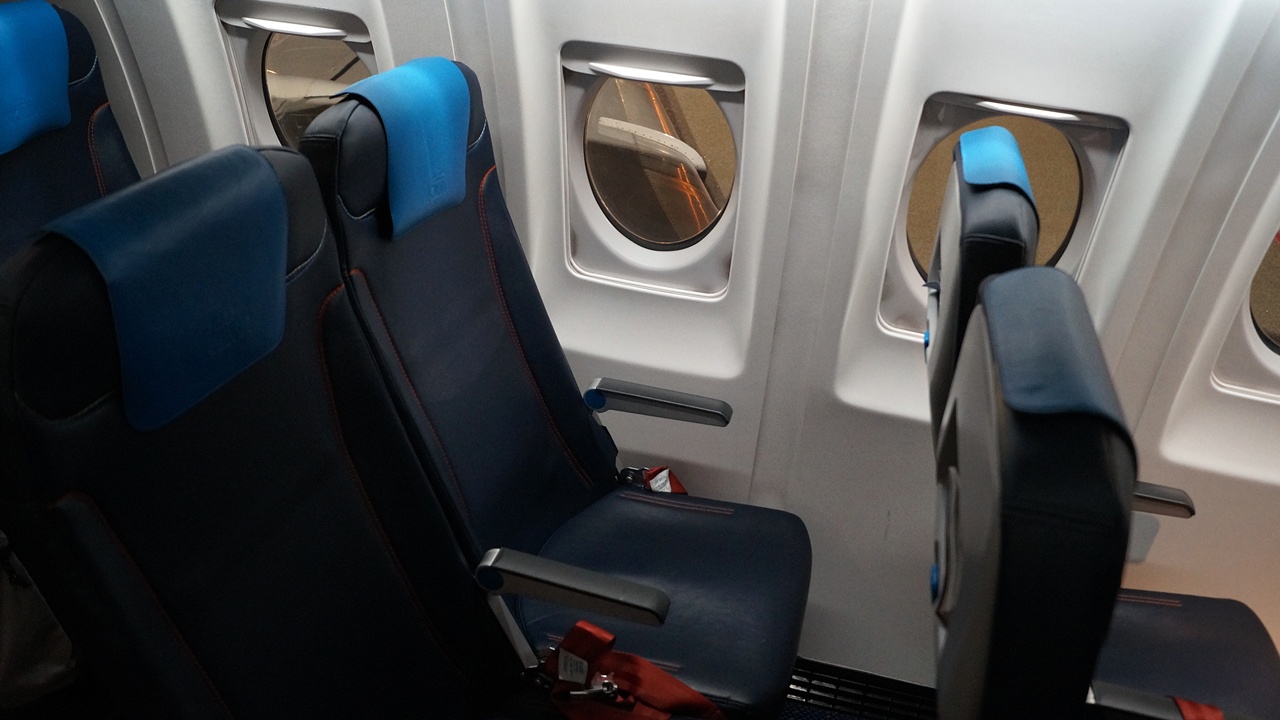 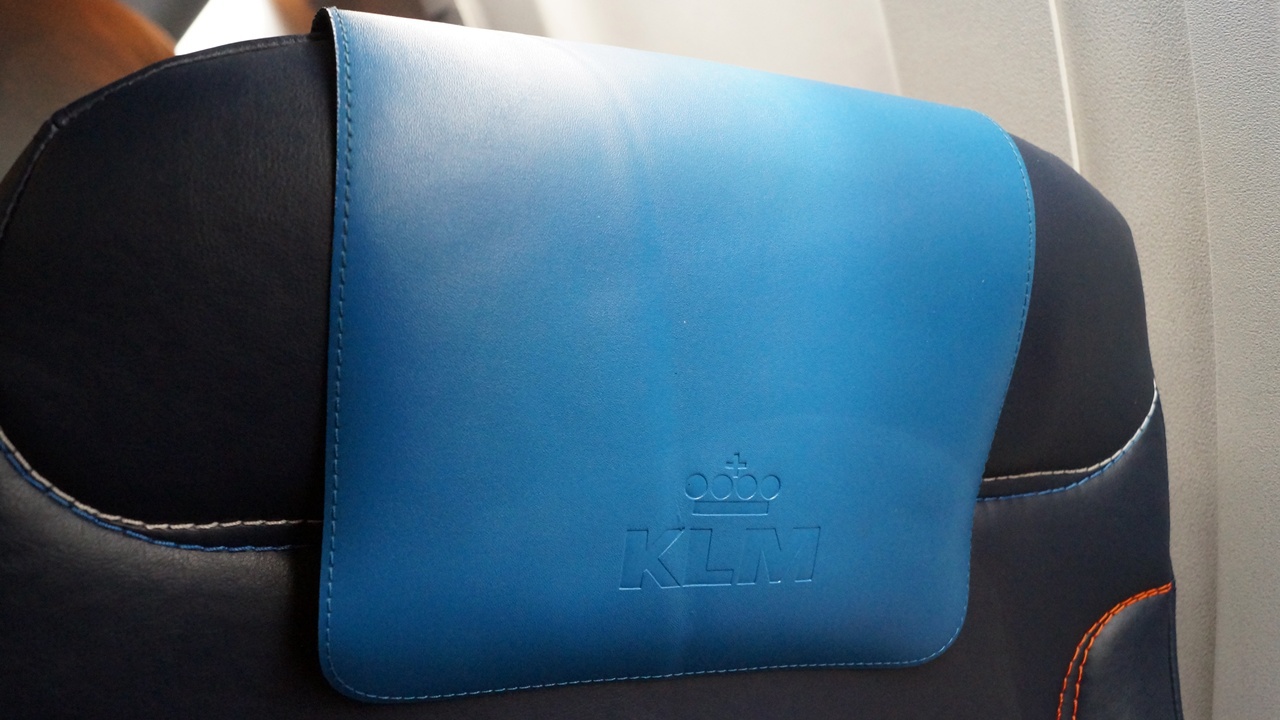 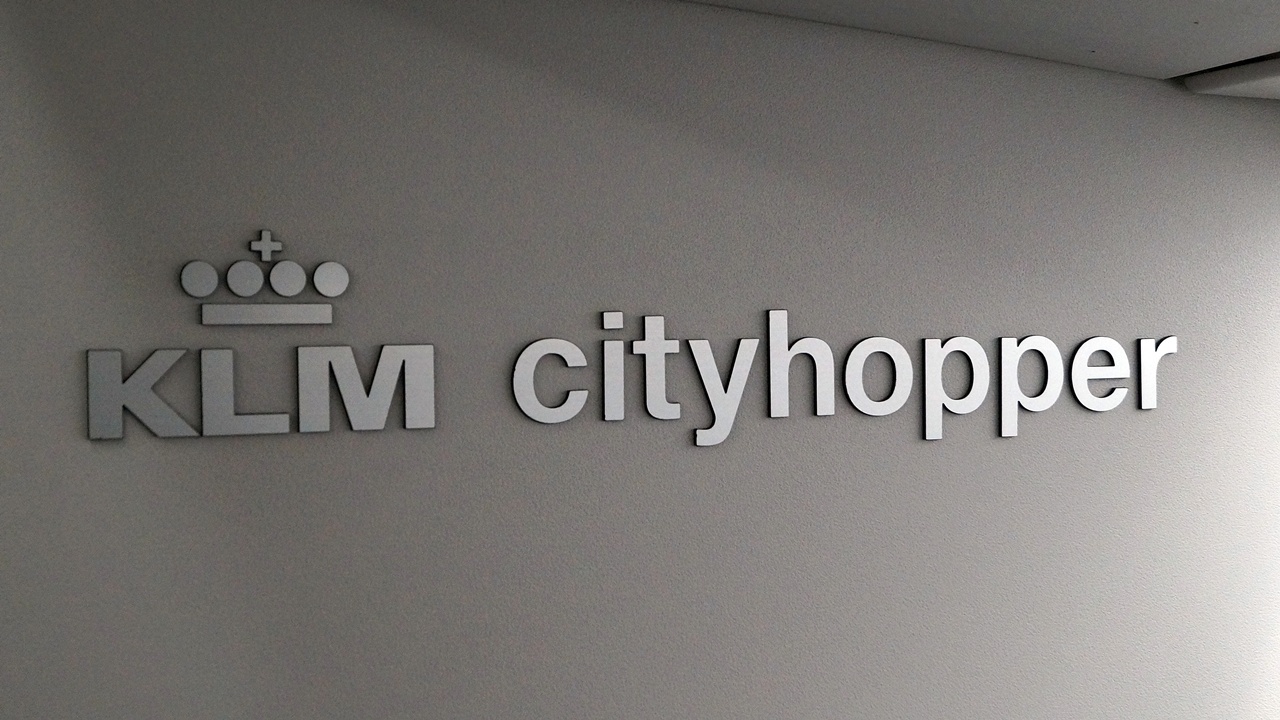 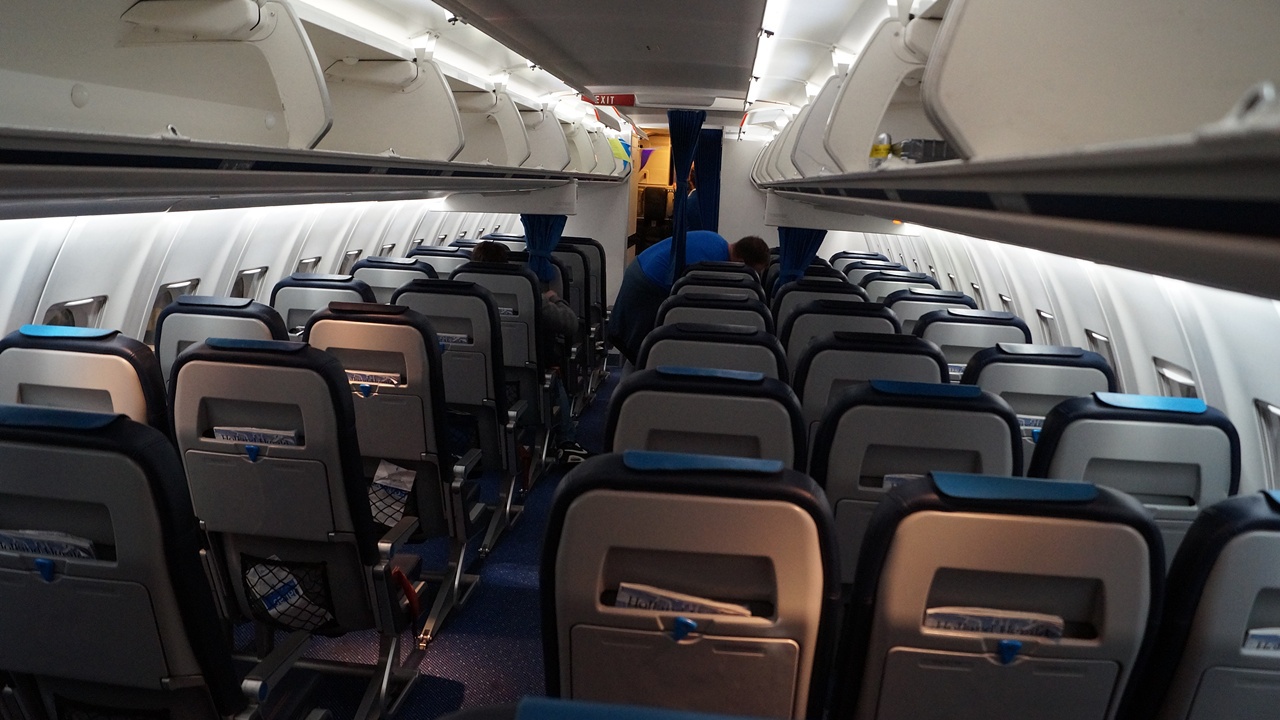 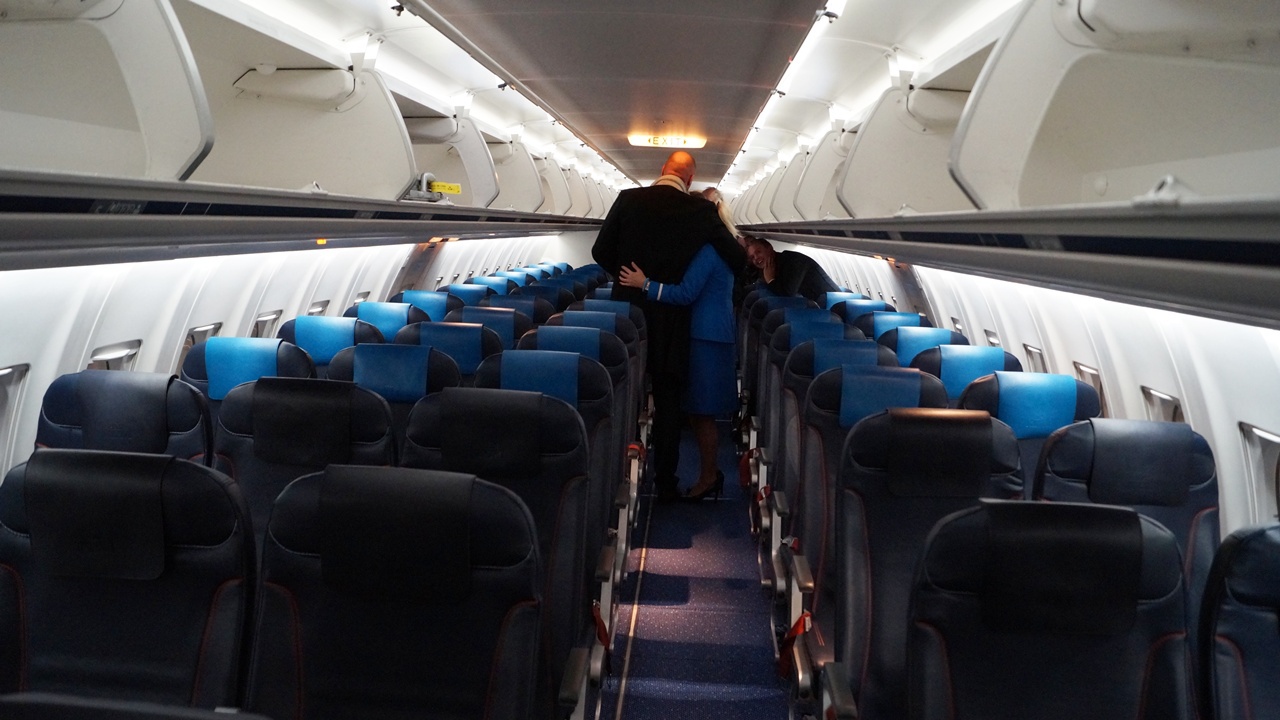 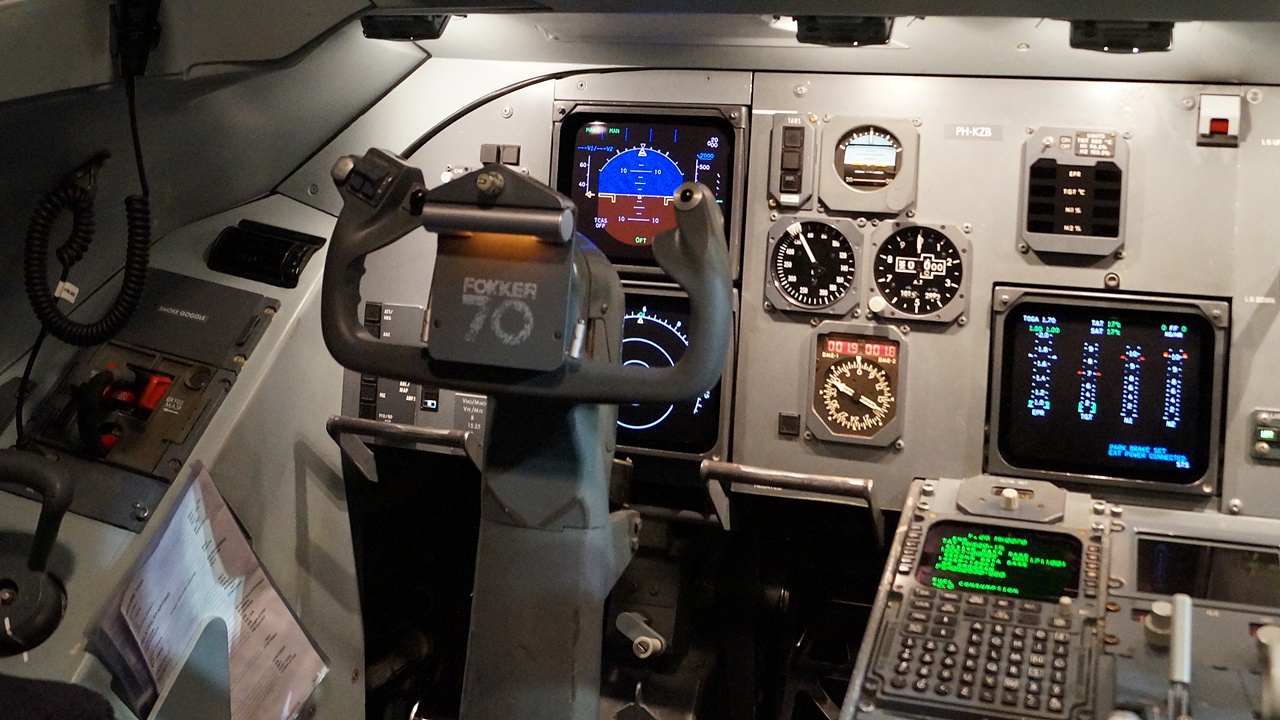 I like the view on that E-Jet. Seen from its predecessor . The fist officer by the way is going to fly those E-Jets while our Captain moves to the B777. 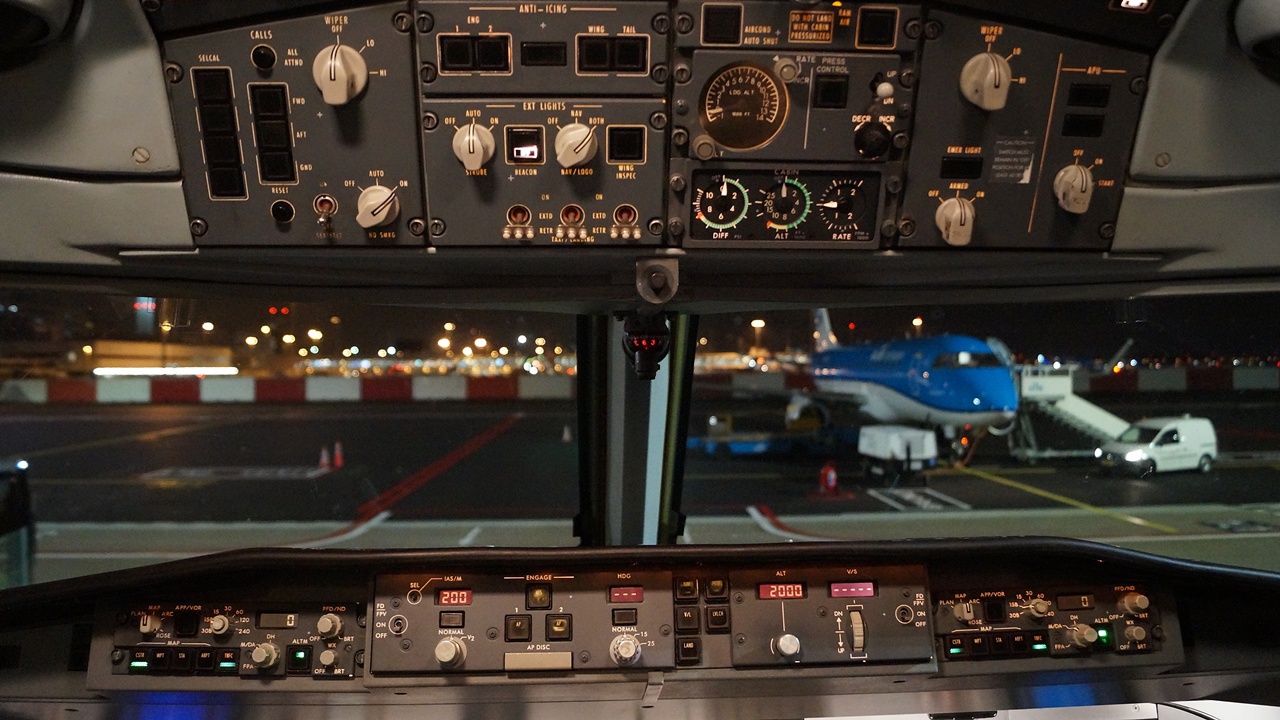 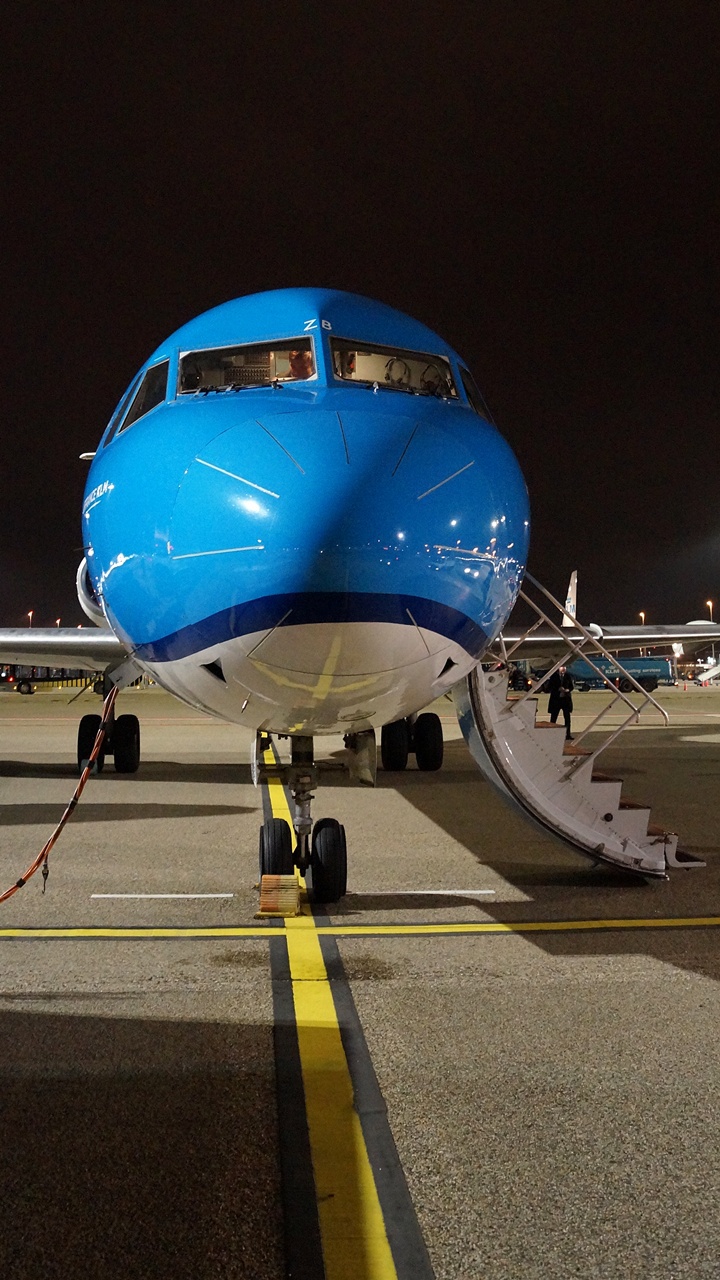 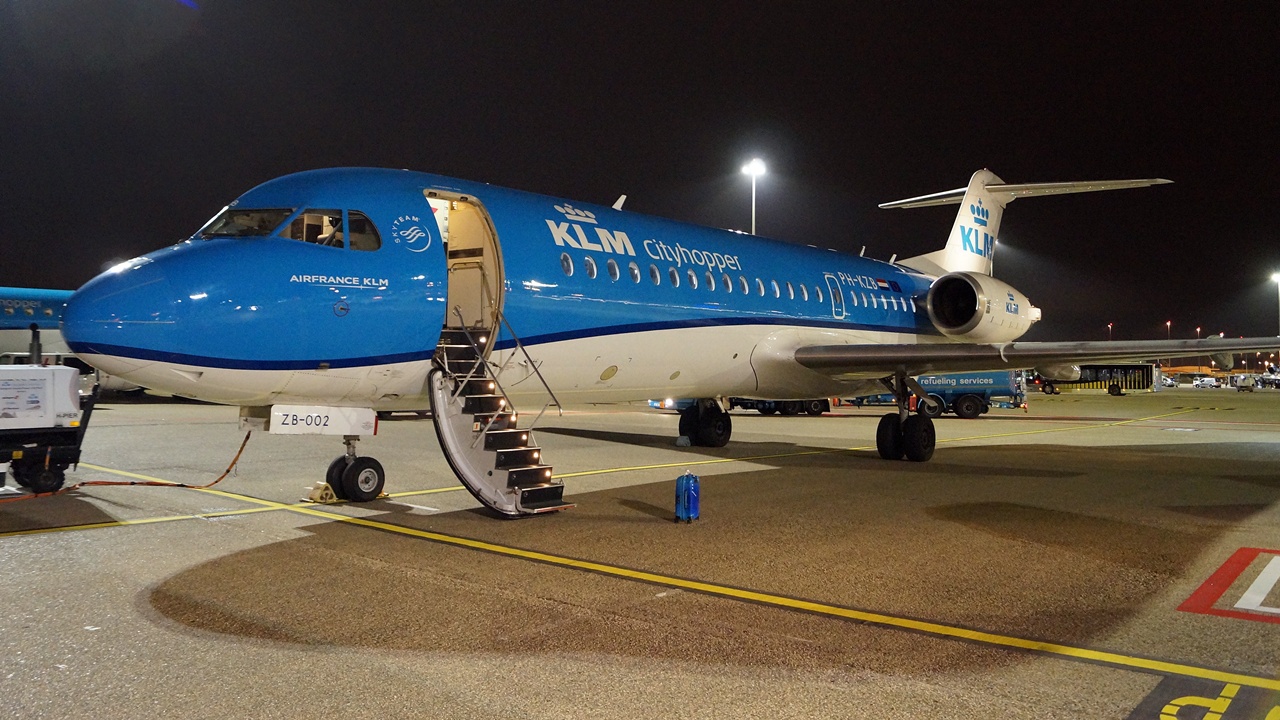 Now it was time to head to the terminal. The italians, very mad, swearing about KLM. Kind of funny. Because, geuess what. They made their connection. What a surprise. Much ado about nothing.
I had a connecting flight as well.
Back to DUS some time later. I was kind of surprised I was able to book that return flight in one booking, for an acceptable price. 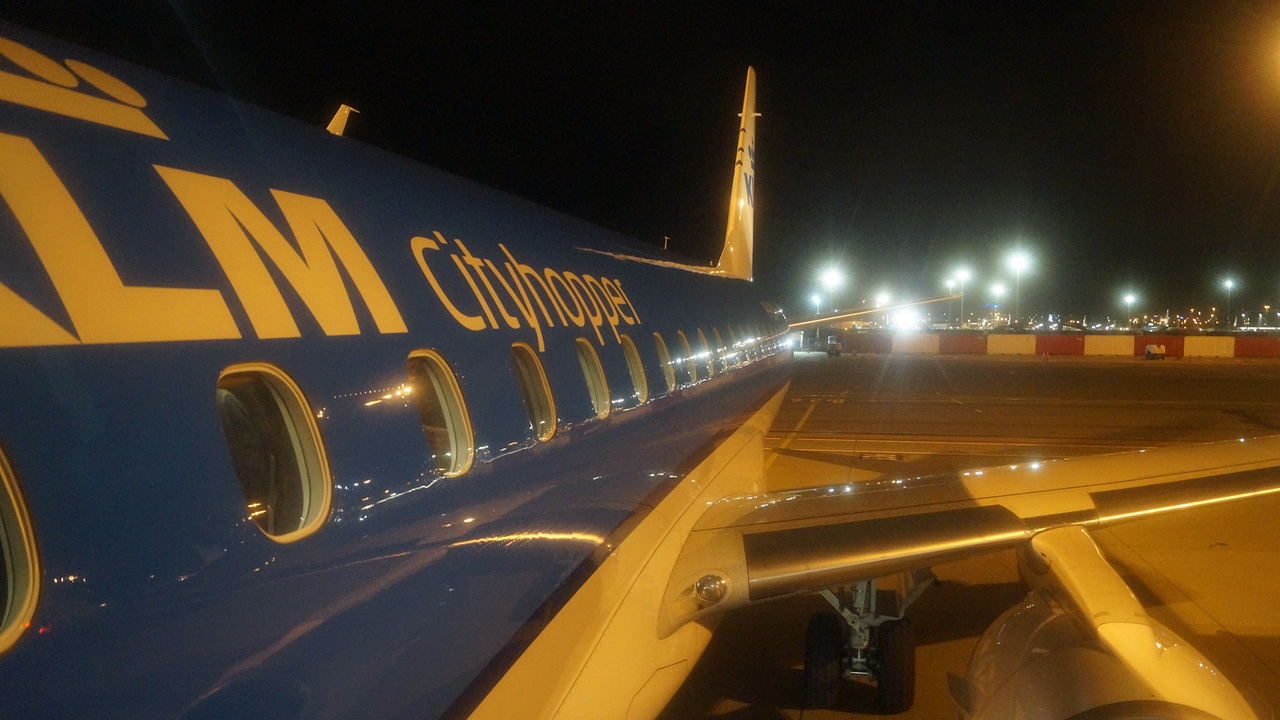 Flight time 30 min.
We arrived in DUS 10:40p.m.
A little behind shedule, but that should not be a problem to catch my train. That's what I thought.
For some reason we had to wait about 20 minutes for a bus to arrive.
I reached the DUS aiport train station, which is located a little away from the terminal building, around 11:20p.m. Missed my train by seven minutes. Nice.

So it seemed I had new plans for that evening. Instead of joining a party of a friend I was waiting almost one hour for the next train to arrive. Cold, rainy night.
My DB App said there should be a train arriving earlier, but because of some "road" work, there wasn't. When it comes to train rides in Germany I am never lucky. Earlier in 2017 I was going by train to Luxemburg (to catch a Volotea B717 flight to Nice). The train ride took my only seven hours. (by car about 2h)
Well, sometime a massivly crowded train arrived, I had to transfer to another train somewhere and at 1:19a.m. I finally got into my car and arrived at home ten minutes later.
I really try to use public transport, but it always makes me angry

By car it would have been a 30 min. drive from DUS.

But overall I had a really nice day, enjoyed my first (and probably last) F70 flight.
KLM and AMS are both new for me as well.
The Captain was right when he said aviation history was happening. It was a weekend of goodbyes.
Air Berlins last ever flight arrived in DUS and later in TXL the day before and SN phased out their Avros.

Thank you for reading my report!
Top

Great report! That sure is one big step up for the captain
Top

Great trip report. It was good of KLM to go one extra step and make it special for passengers by providing memorabilia and allowing time for photos, flight deck visit, etc.

If you ever get Fokker withdrawal symptoms, come to Australia. Virgin Australia and QantasLink operate several routes with the Fokker 100.
Top

A historic TR, thanks so much for sharing it.
It is surely nice of KL to make sure there was a nice little ceremony onboard.
Awesome pics! Although, it is heart stopping when the other forms of transport are very late.....
Top

RoySFlying wrote:
Great trip report. It was good of KLM to go one extra step and make it special for passengers by providing memorabilia and allowing time for photos, flight deck visit, etc.

If you ever get Fokker withdrawal symptoms, come to Australia. Virgin Australia and QantasLink operate several routes with the Fokker 100.

If I had to chose between QantasLink F100 and B717, I'd always go for the Boeing!

OT: Does anybody know if it is possible to change the airliners.net color?
I really cannot handle the blue, and I'd love to change it to white for example
Top

Thanks for the report - I'll miss the Fokkers. It was odd last week to transit AMS and see the "fokker farm" zonder fokkertjes
Oh stewardess, I speak jive
Top

Really nice report and some great pictures! You made the right decision to take that flight, even with your transport drama afterwards. Thanks for sharing this, it was very good! I hope you write some more!
I do enjoy a spot of flying, especially when it's not in economy!
Top

Terrific trip report. I've never been on a Fokker, and you did a great job of making feel like I did.
Top

KLM does usually treat pax very well for these kind of farewells!
Good you managed to be onboard of that one, especially for your "first" and last!
Loud and swearing Italian? LOL, simply a pleonasm...
Thanks for this unique TR
Fly with Air Burundi, Air Tanzania, Golden Wings Aviation, Kenya Airways, RwandAir and Uganda Airlines...Jumuiya ya Afrika mashariki !
Top
Post Reply