The 747-400 flight scheduled to at 1815 was delayed almost an hour due to local thunderstorms. There was even a great chance the inbound flight from Glasgow was going to divert to Miami however it made it in as afternoon thunderstorms cleared in Orlando. The flight was booked to about 75% full. On this trip I was flying in Premium Economy and the cabin was about half full. The video shows boarding in Orlando and getting settled in Premium Economy prior to take off. During taxi out you'll see the busy Orlando Terminal and a full International Concourse on the 80's and 90's gates a portion of the safety video. On Friday's in the summer you'll see up to 5 Virgin Atlantic 747's among other aircraft flying to Europe, Brazil, South America and Central America from Orlando. Due to the thunderstorms, there was a backlog of activity at Orlando International Airport. During taxi out I was able to capture the flight deck announcement over the PA system which was included in the video.

In flight - did not capture in flight service and awoke to a beautiful day flying into Northern Ireland. You'll see the clear blue skies and the various stages of descent and wing configurations into Belfast International Airport. A complete landing along with thrust reversers and taxi to the ramp is contained in the video.

Belfast International Airport (BFS)
Flying a 747 in BFS is a great experience. I surprised that BFS was a smaller airport. In fact they only have one boarding bridge for the entire airport that I saw and it wasn't used to service our 747. Perhaps it's not big enough? On taxi into the ramp it was obvious that a 747 at BFS is a rare situation. In fact besides cargo operations the Virgin 747 was the only wide-body commercial aircraft on the ground. The other wide-body aircraft was a DHL Airbus. It's neat to see on taxi in and parking the community came out to see the 747. This was evident with a lot of spotters in public areas across the fence line in addition to various airport workers hanging out in the area on arrival along with the fire department. After parking on the ramp, we were able to visit the flight crew on the flight deck which was a real treat. The aircraft was not flying back to Orlando since not a daily flight and it was being ferried to Manchester. Clearing Customs was interesting since 98% of the passengers held UK passports and as passenger with a non UK passport, a special foreigner line was set up with only a few passengers. Of course processing was slower but a line with one person in front of you versus a line with 200+ was still better. Once inside the Terminal, I was able to really understand how big BFS airport really was - it's a small airport which was really nice. It was a refreshing and cool experience to land a 747 at an airport with the engines hanging over the taxiways (over grass) with ramp deplaning and walking into a terminal with few folks and facilities. Everyone was extremely nice and there were no crowds since the population in the arrivals hall was from the only flight that arrived at the time our 747 from Orlando. BFS doesn't have any train service or a train station and getting to town was via a bus service adding to the small airport experience which is located out in the country (out of city) requiring a 25 minute ride to city center.

Highly recommend visiting Belfast if you get a chance especially on a 747. It's really neat flying one of the worlds largest aircraft into a airport with little traffic where everyone is thrilled to see you and the beautiful aircraft. This is my first "Video" trip report. Wasn't sure I would make one however the uniqueness of flying a 747 into BFS was something that I thought would interest folks. Feel free to comment and let me know what you think. If this wasn't a rare situation, I likely would not have made a video however certainly not a normal and routine trip which only operates seasonally and a few days a week when that occurs. Everything described above is captured in the video.

The video showing the little avgeek perspective is so awesome!!

It reminded me so much of MCO in the 90's, when I was around the boy's age, Virgin operated a mix of the -200 and -400 series there. I have always been amazed by them and used to envy those VS passengers, when my ride was usually a TransBrasil 767 at the gate next door, just like my signature.

Great video and report!!
Thanks for sharing!!

Great report - nice to remember the magic I felt flying when I was a kid.
Hope you had a great vacation in Belfast.

Mark
All my life, I've been kissing, your top lip 'cause your bottom one's missing
Top

That was such a fun report.
The early bird catches the worm, the late bird will be featured on a You Tube video
Top

Thanks you for all the feedback. Airliners.net is a great community and it exciting to share stuff and hear the comments. Hopefully I'll make some other cool stuff in the future and get to ride another 747! And Belfast was great - highly recommend and no doubt the best Titanic museum which is modern and interactive.
Top

Interesting picture from MCO last week if haven't seen it. Five 747's and an A330, looks like a Virgin Atlantic hub! 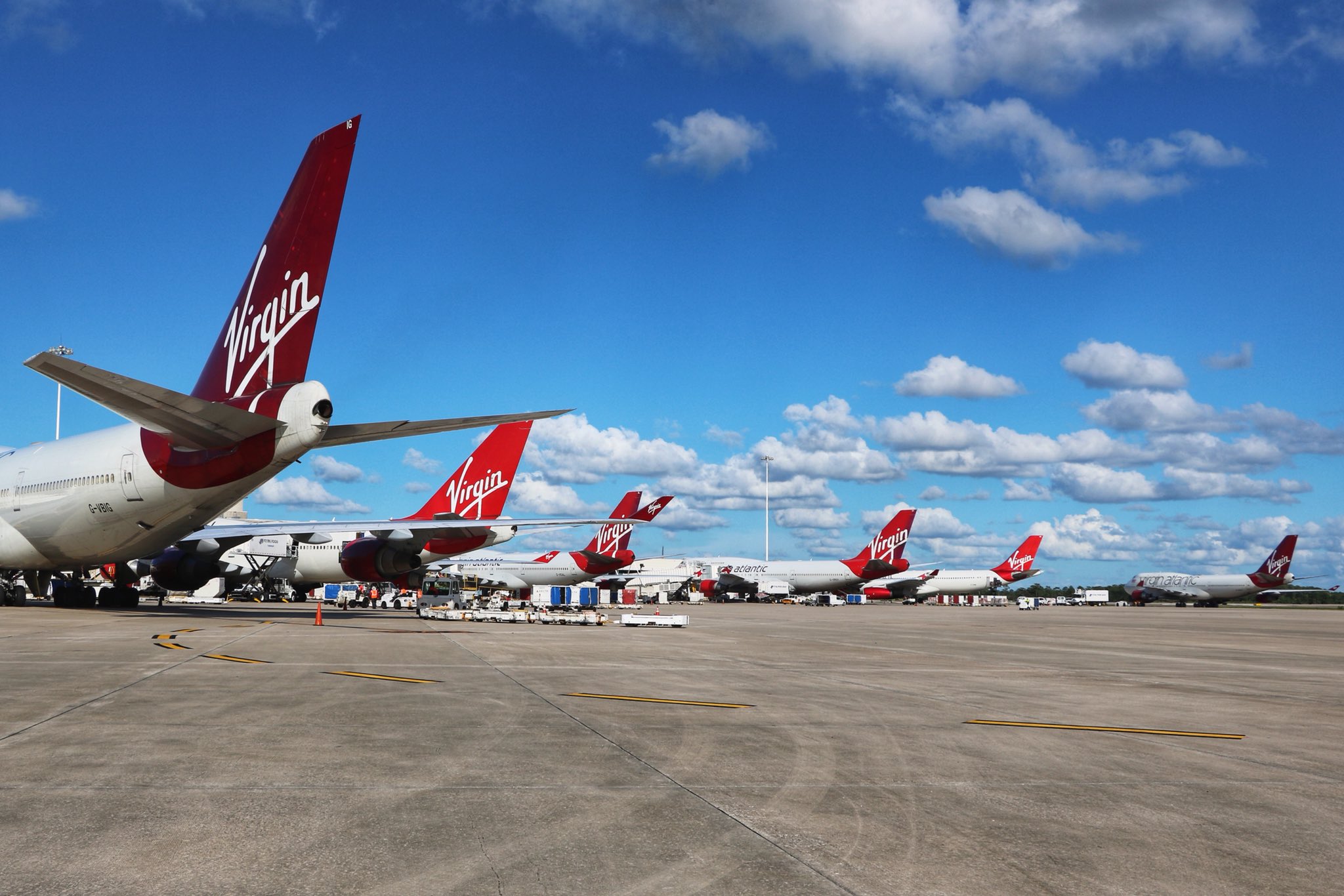