The Shanghai flight arrived at the Satellite Terminal, After deboarding the aircraft at 22:10 , took bus ride to the Main Terminal Building [MTB], The inter-terminal AeroTrain was shut for maintenance in those days. Had to rush as the flight to Singapore was at 22.45.

Towards the bus gate C5

Was happy to be in the warm humid weather after days of freezing weather in Shanghai. Bus was full as many flight had arrived. Took sometime to board the bus.

View from the bus

Arriving at the MTB

Checking the gate number as the transit time was short

Indicator had Pintu Baru [New Gate] , Flight was to depart from gate H6

Heading Towards the gate

On reaching the gate, Boarding had commenced. Since most passengers had boarded the queue for security check was short, Passed through security check.

Boarding pass and passport was checked before being allowed to board the aircraft. Queue on the aerobridge.

Boarding pass was checked by the crew. Was directed to head straight and seat was after the business class on the left.

Soon after the flight was boarded, push-back commenced. Took a long taxi to runway 32R, waited for a Malaysian B737-800 ahead to take off before rolling to take off to Singapore. Watch Video to experience the Boeing 737-400 lift off.

Flight was full as seen below. After take-off, on attaining cruising altitude. Cabin service began.

Since was sitting in the first seat behind the business, tray table was folded in the side.

Since there were no infants on board got the seat, it had enough leg room. 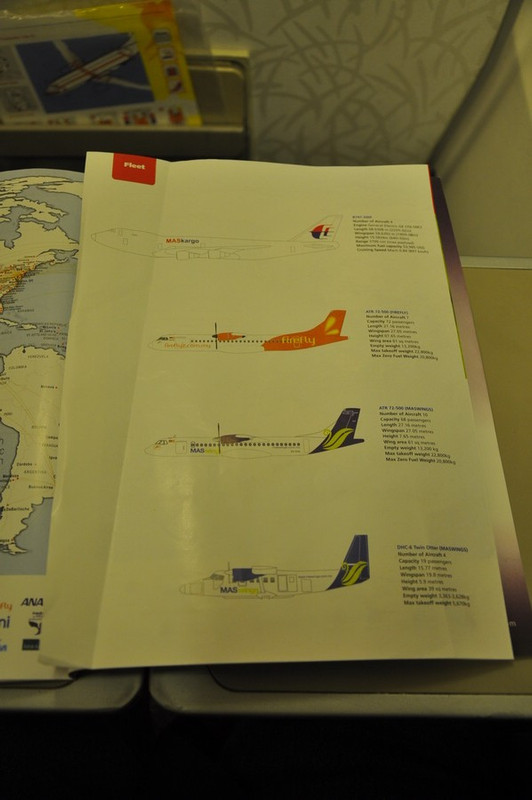 None on board. Not that I needed any being a short flight. Read the inflight magazine.

Being a late in the day flight, most passengers were resting after the service

Being a short flight, it was soon time for landing. Approached from the East Coast towards Tanah Merah to land at Changi Airport

After a long taxi, arrived at the gate in Terminal 2

Immigration was quick as I didn't require visa.

After completing immigration, headed to collect the bags which were loaded in Shanghai

As the immigration was quick, bags dispatch had not started

After collecting the bags, was happy to head outside in the warm and humid Singapore, took a taxi to the hotel.

Hope you enjoyed the trip, Thanks for reading.

I really love flying MH's 734s. Those plush, comfy seats really is welcoming after a hot day - even in Economy!
Top

TheFlyingDisk wrote:
I really love flying MH's 734s. Those plush, comfy seats really is welcoming after a hot day - even in Economy!

Seats on the older aircraft's are more comfortable. Being a short flight, doesn't make much difference.

I always enjoy your "from the archive" collection
The glory days of MH and the 734, the 800s seem to have less character, but that comes with age i guess
Top

jrfspa320 wrote:
I always enjoy your "from the archive" collection
The glory days of MH and the 734, the 800s seem to have less character, but that comes with age i guess

Malaysia's 734 always mean alot to me since my first ever flight (the long dead IPH-KUL route) in 2001 was on a MH 734. Miss seeing the MH plane at my hometown airport nowadays.
Top
Post Reply