Was I Wowed? London to Toronto the ultra low cost way - with a brief cameo by a F27 and DC3

Was I Wowed? London to Toronto the ultra low cost way - with a brief cameo by a F27 and DC3

Over the winter I found myself travelling to remote north eastern Iceland and Toronto for work. Wow Air was selected for my travels, not by me, but by our organiser. Wow Air is a genuine ULCC, hub and spoking transatlantic routes out of Keflavik in Iceland. Forget your Norwegian or Scoot 787s, this is real low cost travel.

Wow Air’s booking system had played up. Iceland is a small place, so a business contact knew someone at Wow and they got things sorted. They also gave me extra leg room seats. I guess it pays to be in the know.

Check in at Gatwick was straight forward and security was very speedy. Breakfast at the Grain Store awaited and I was very impressed with their quick service. 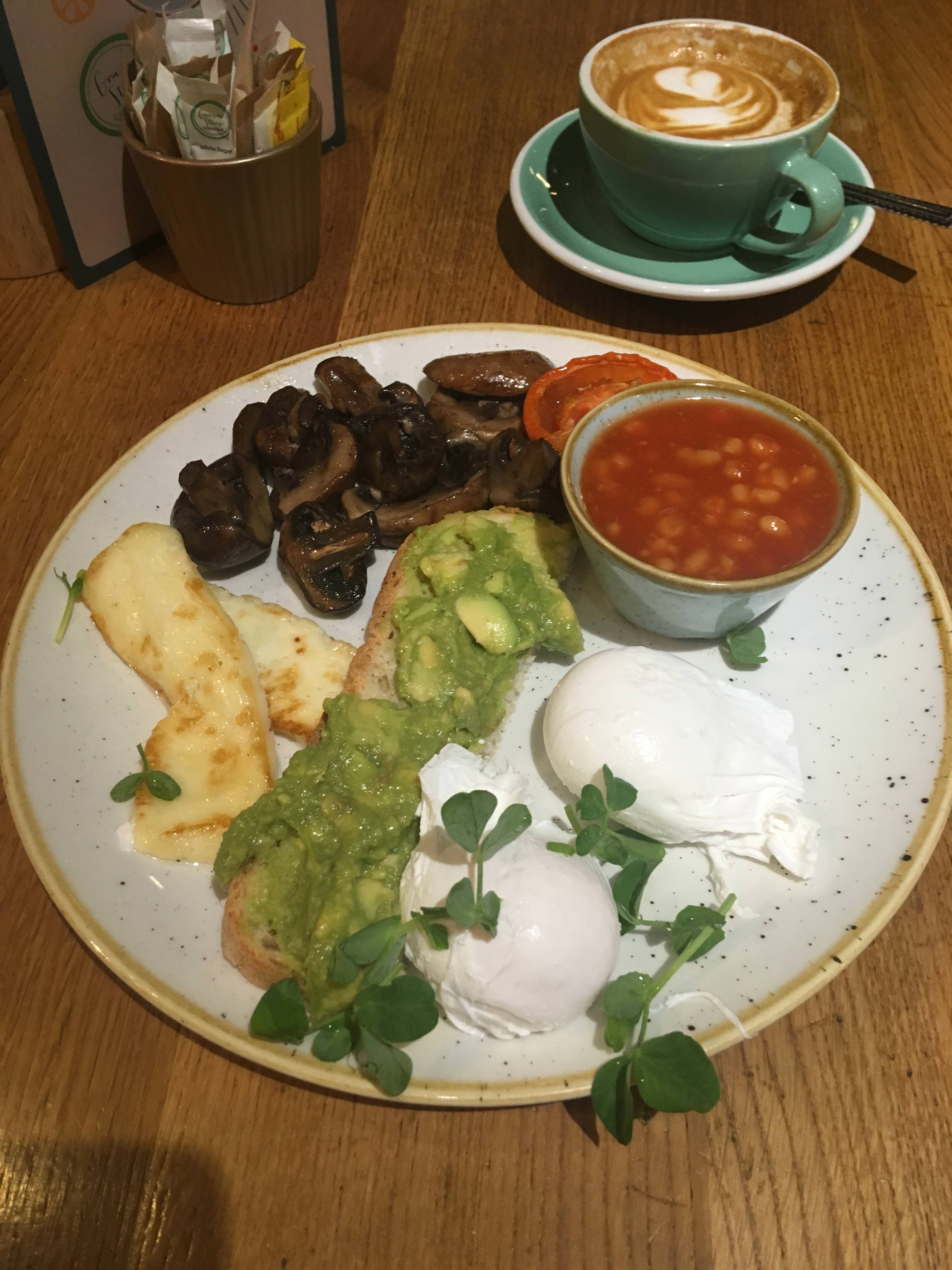 Wow was using the very furthest gate at Gatwick South, a genuine ten minutes walk if not more. To my surprise boarding was in progress a good 30 minutes before departure and a jetway was being used.

Sporting 208 seats, the configuration is slightly more spacious than most budget airlines squash into a new A321. 8 Big Seats had been fitted, which are essentially US Domestic First Class style. Standard seats were by Recaro and had adjustable head rests. 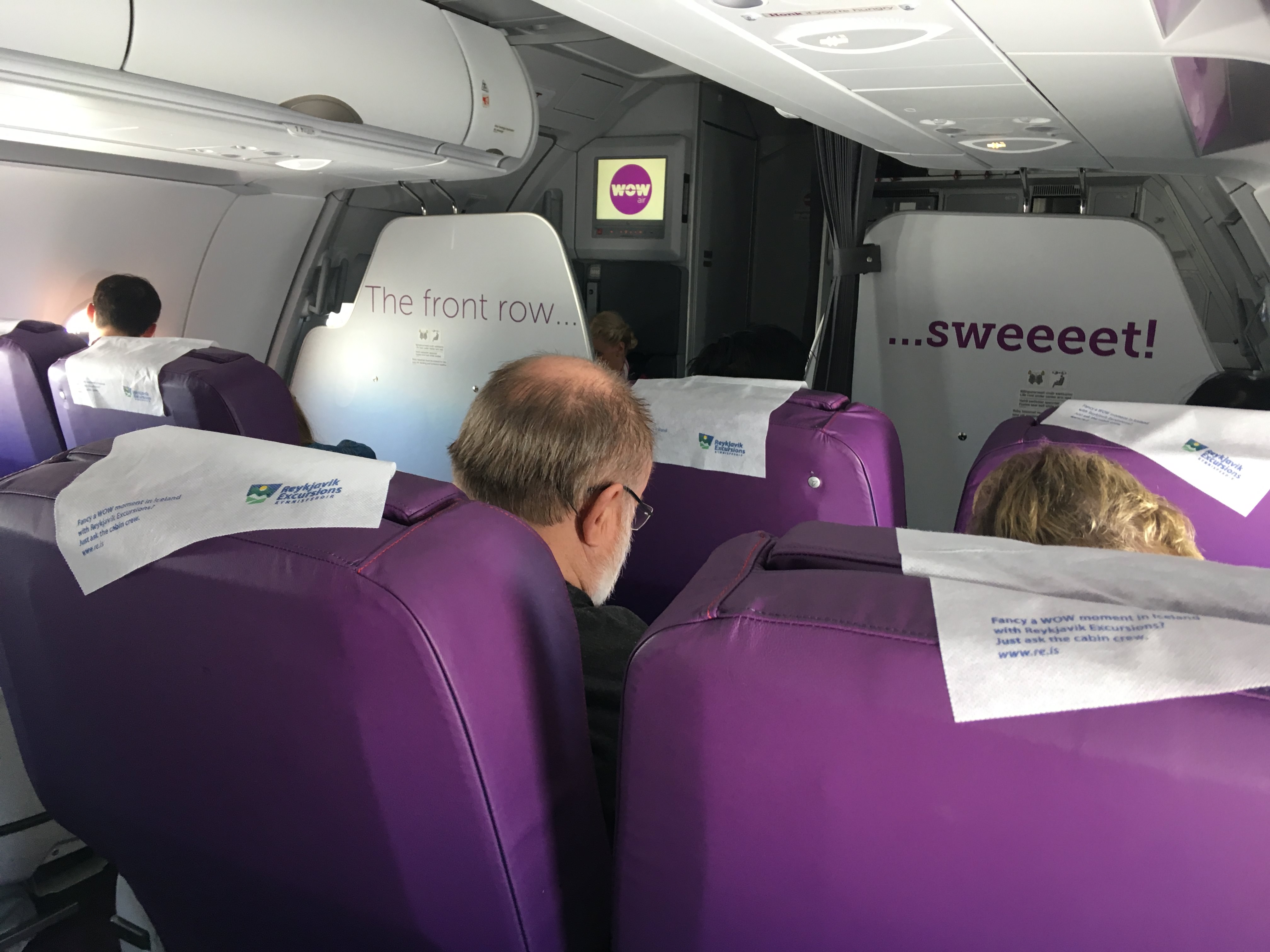 “Dear Guests” is Wow’s catch phrase. Every announcement started with “Dear Guests”, which I think is intended to be gender neutral. A flight time of just under three hours was announced and we took off heading over the Scottish Highlands. 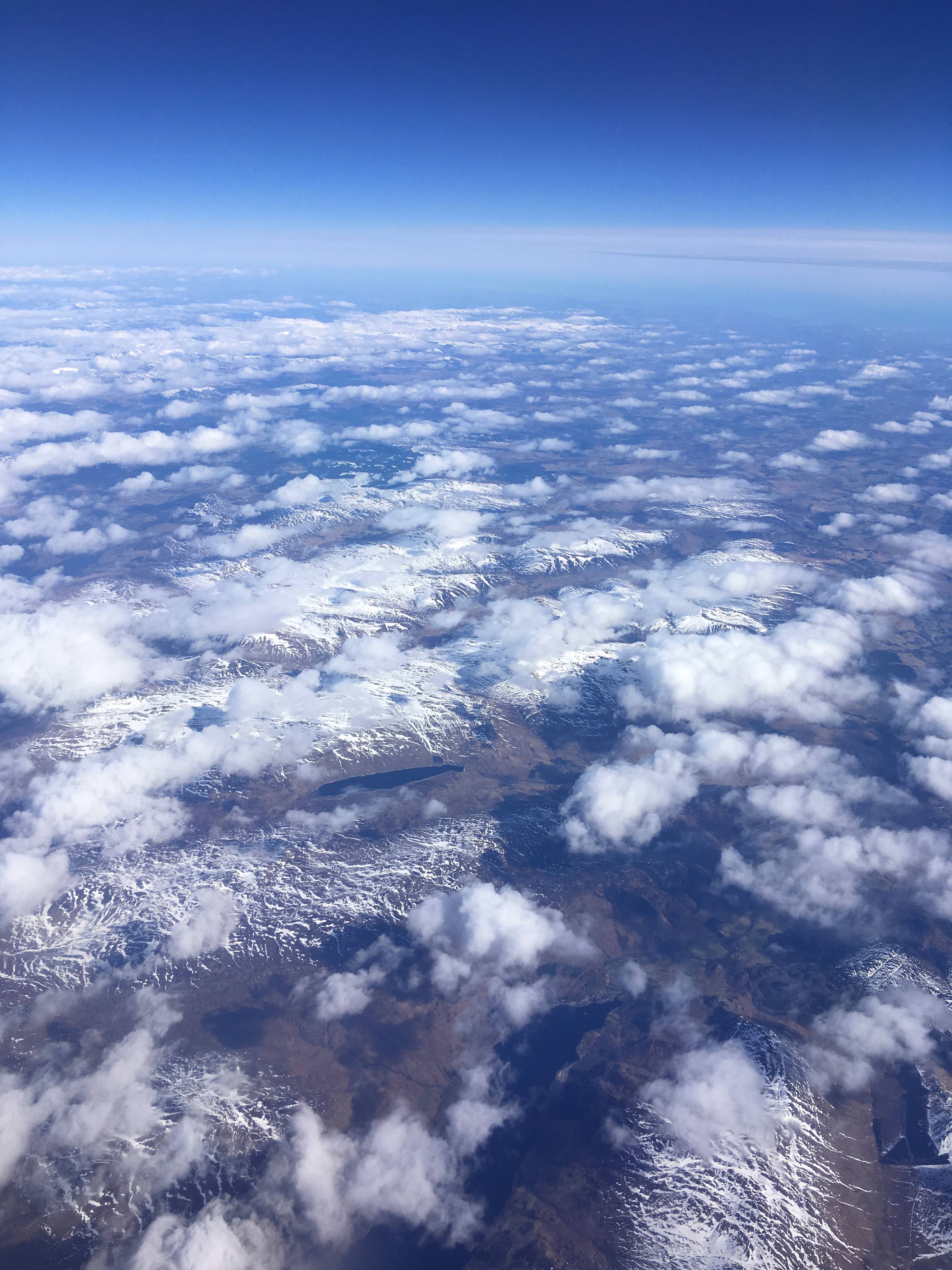 A quick trolley run came though the cabin, but I passed having just had breakfast. Before long the southern Icelandic coast appeared and we headed into land at Keflavik, surrounded by a landscape many compare to the moon. 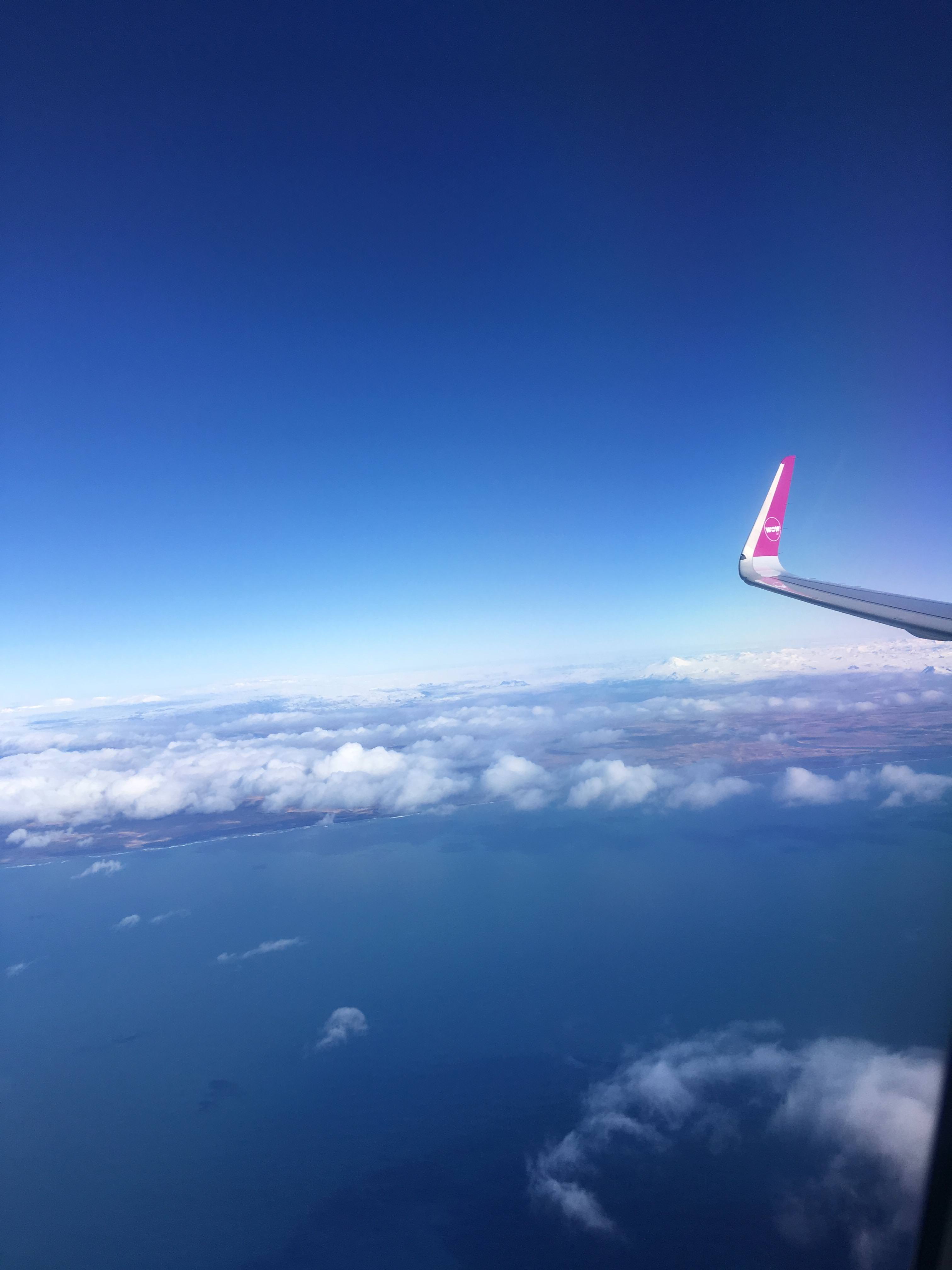 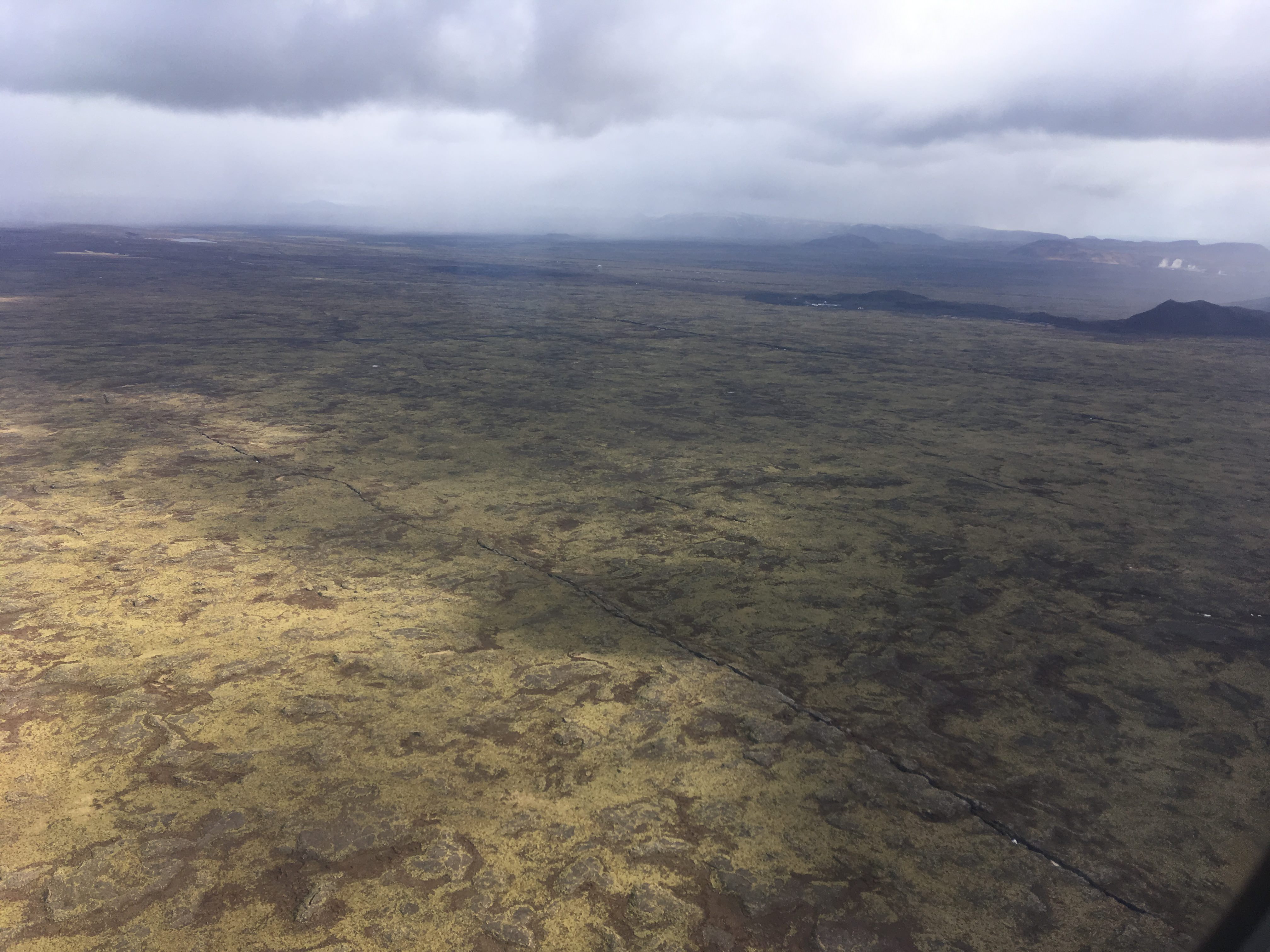 Here are a few pictures from my time in Iceland. 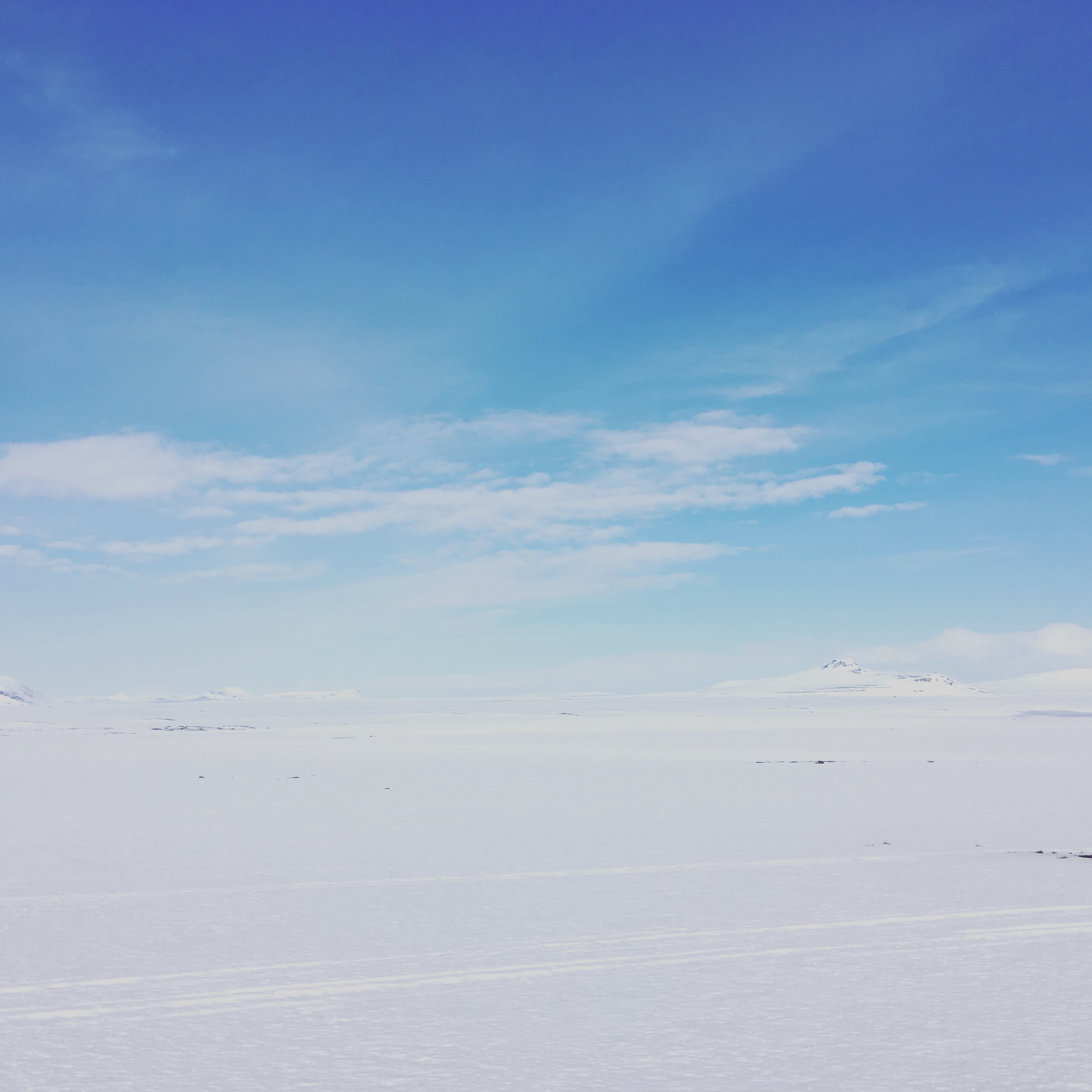 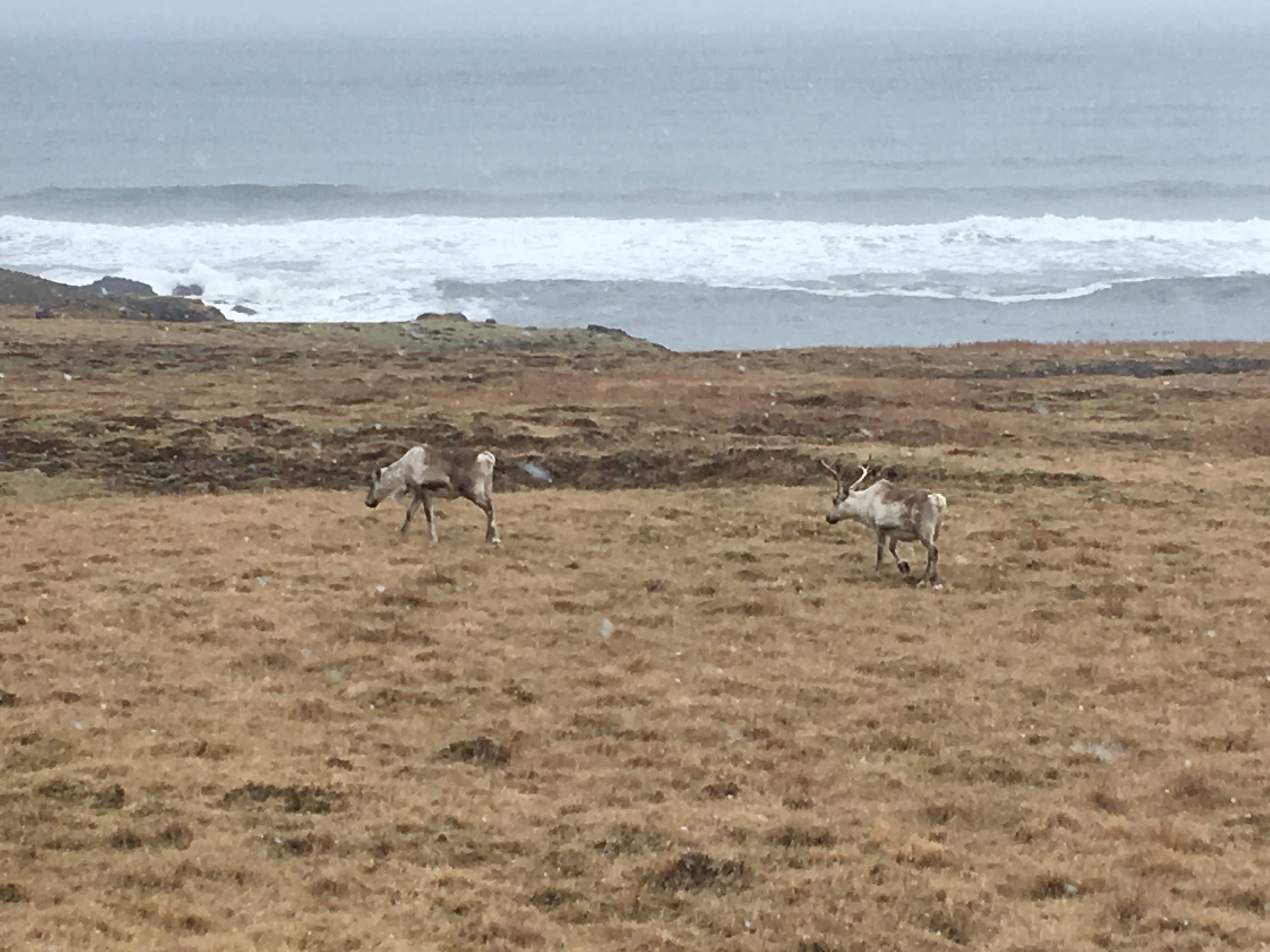 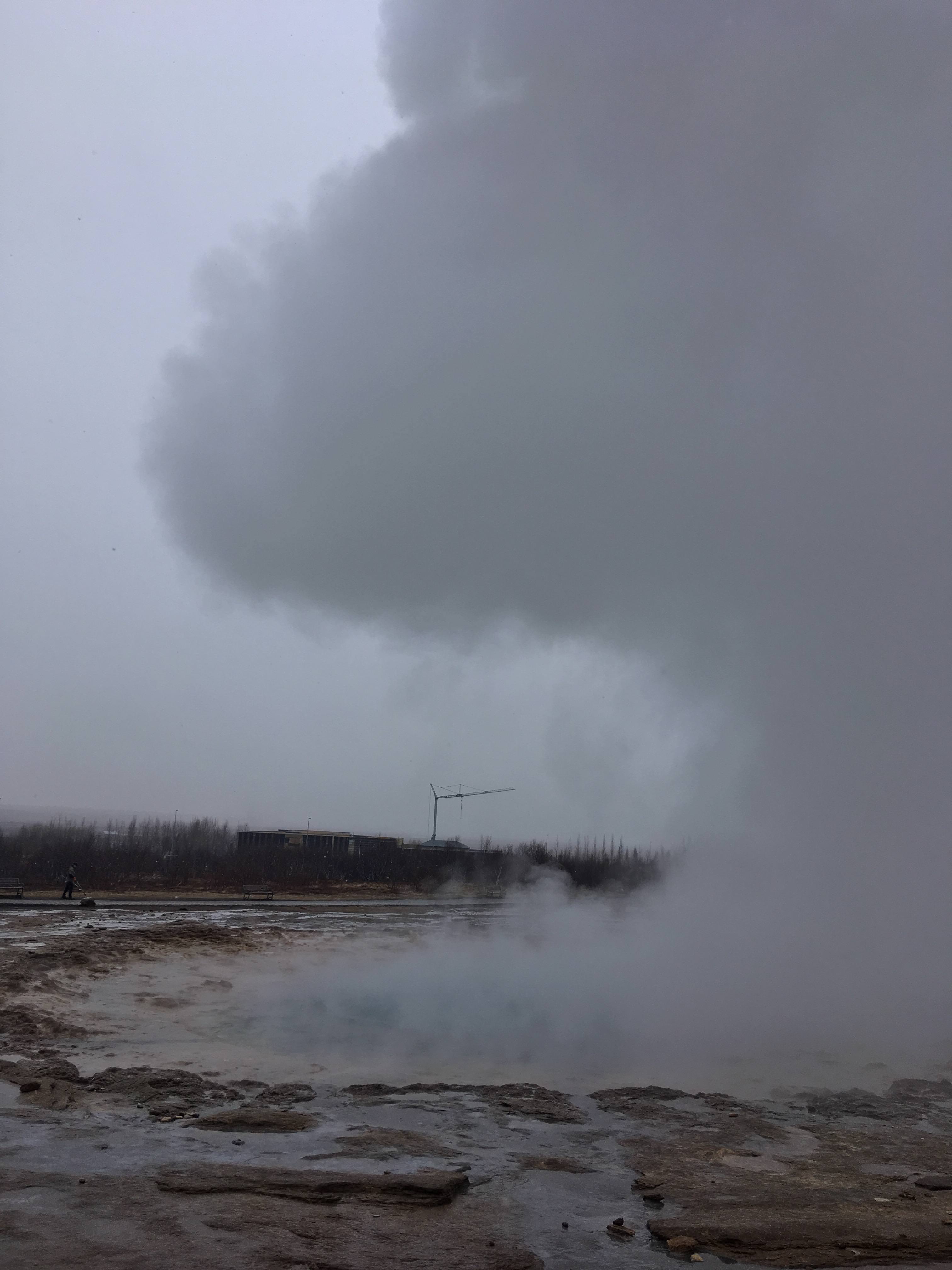 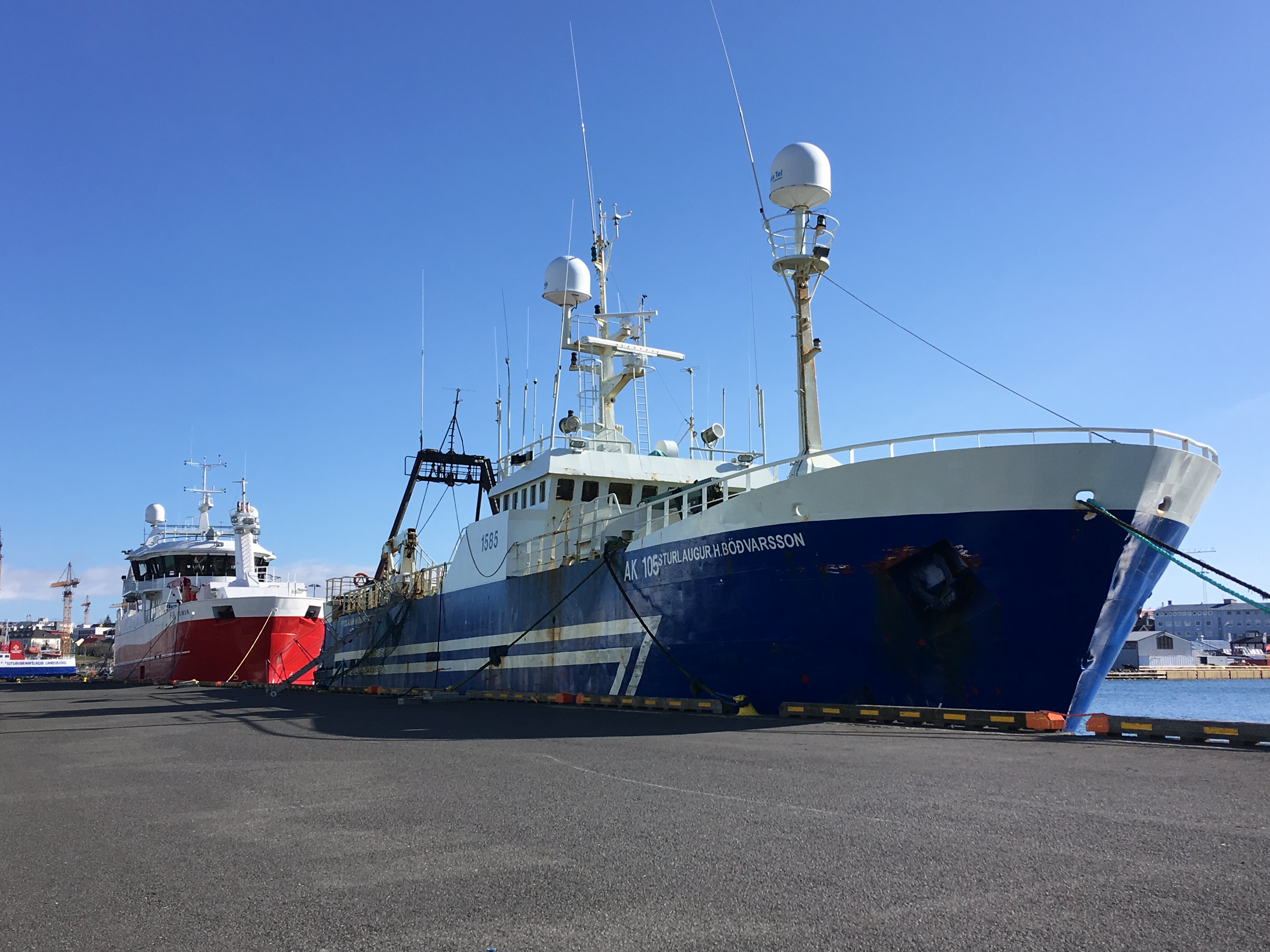 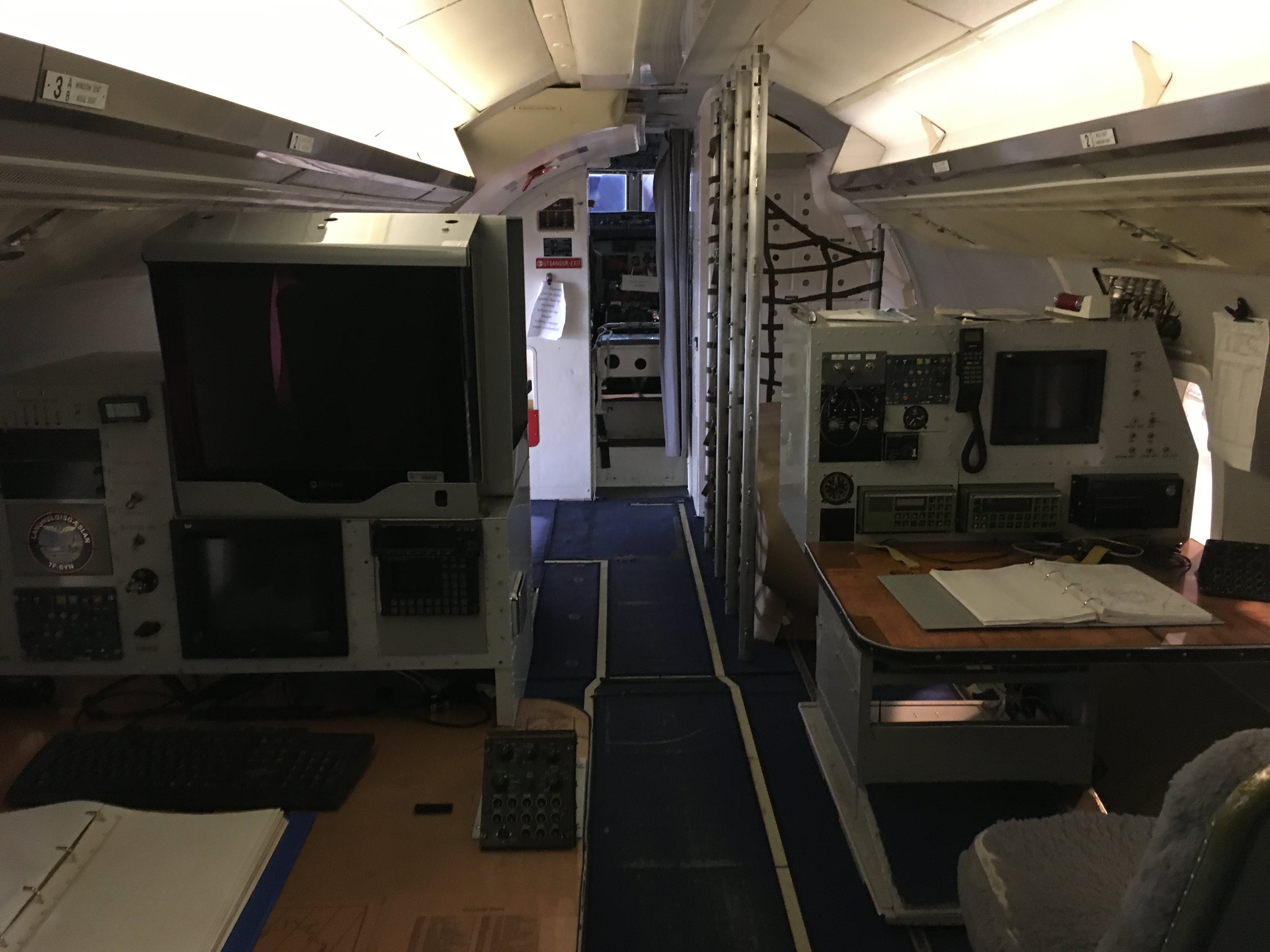 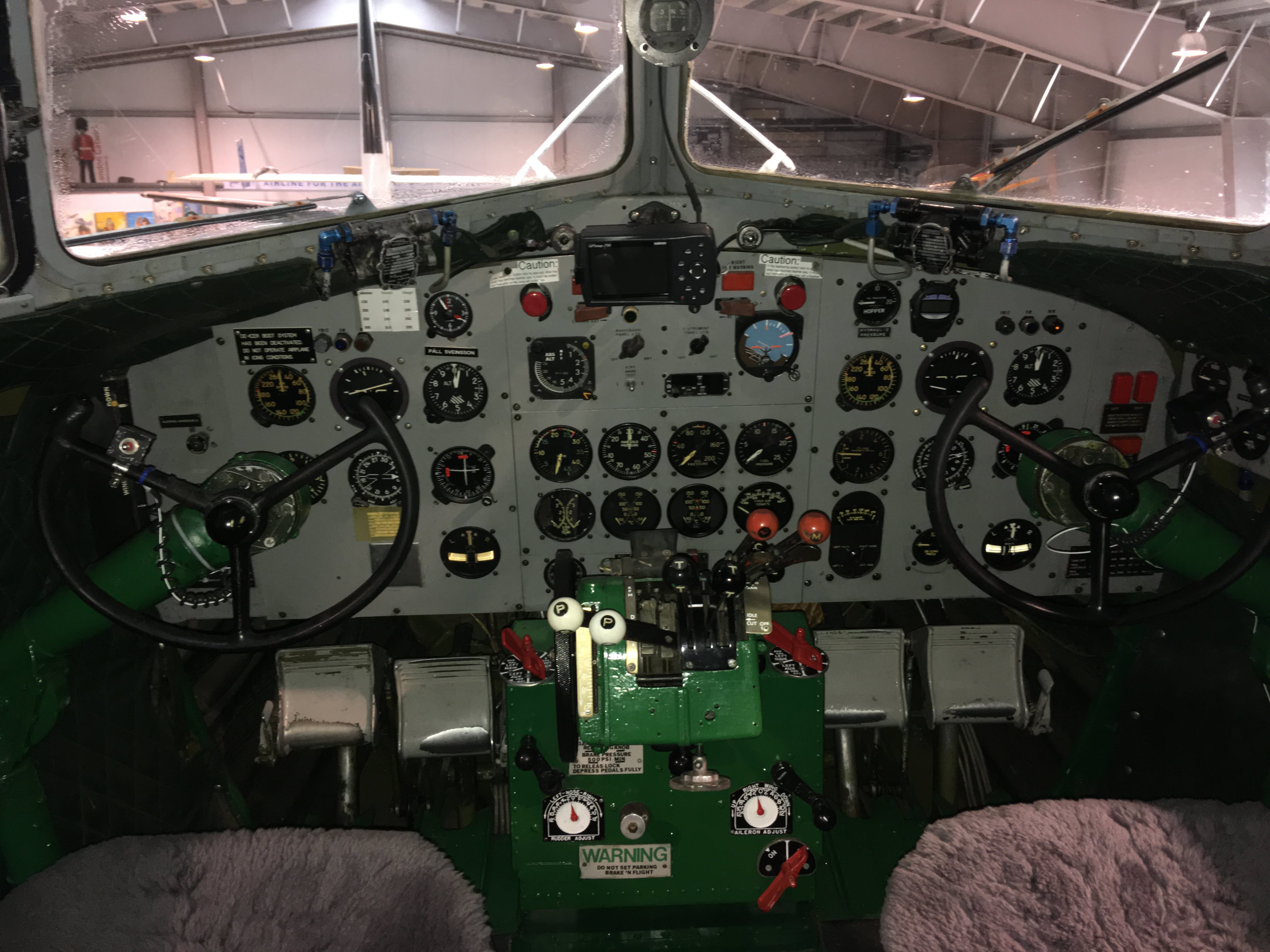 TF-GMA awaited for my flight to Toronto, scheduled for 6 hours.

TF-GMA is a 2016 A321 that wasn’t taken up by Latam. It therefore features a Latam interior with 220 seats, which had adjustable headrests and adequate knee room. Comfort levels were perfectly acceptable and on a par with mainstream longhaul airlines in economy. 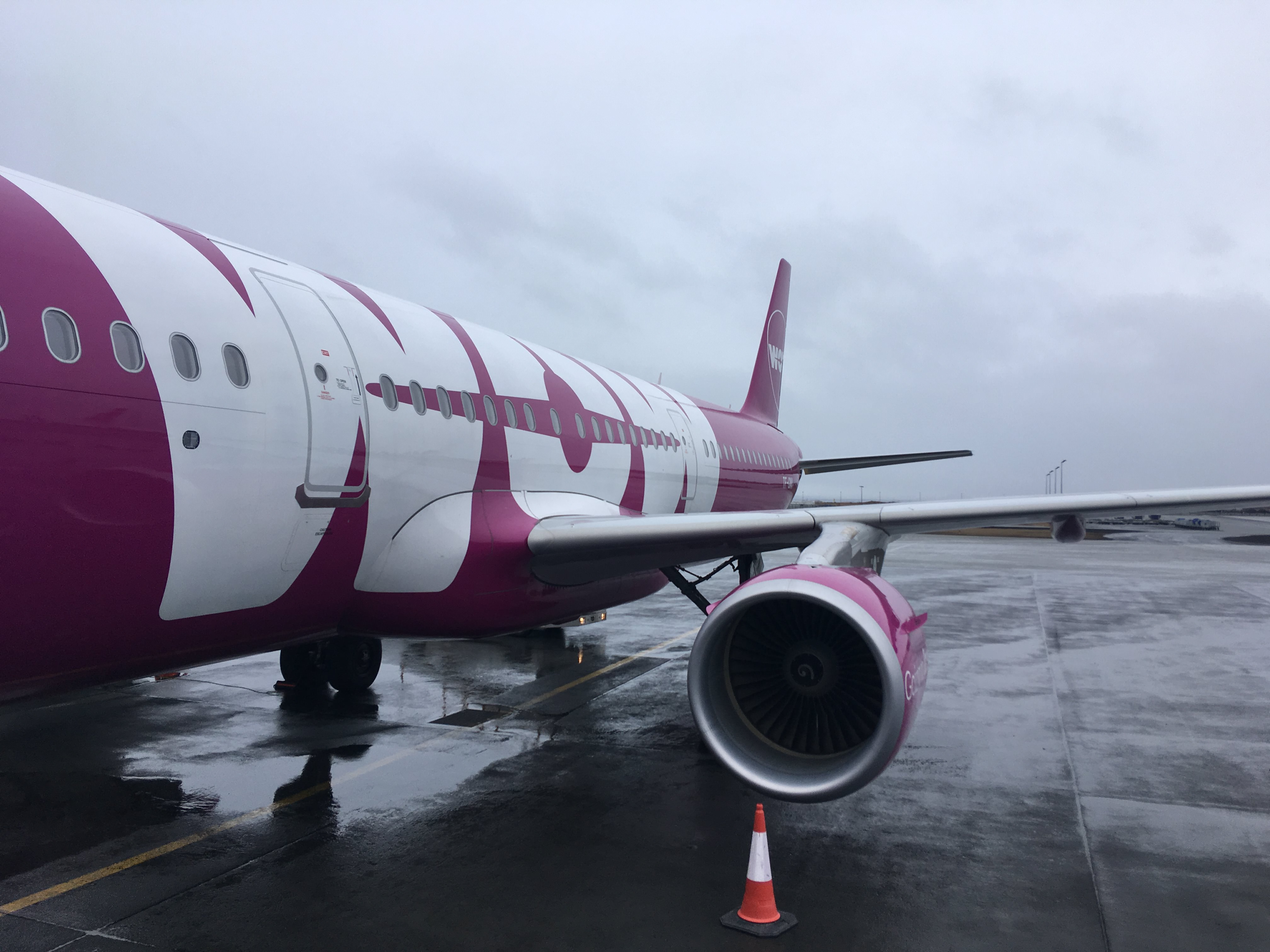 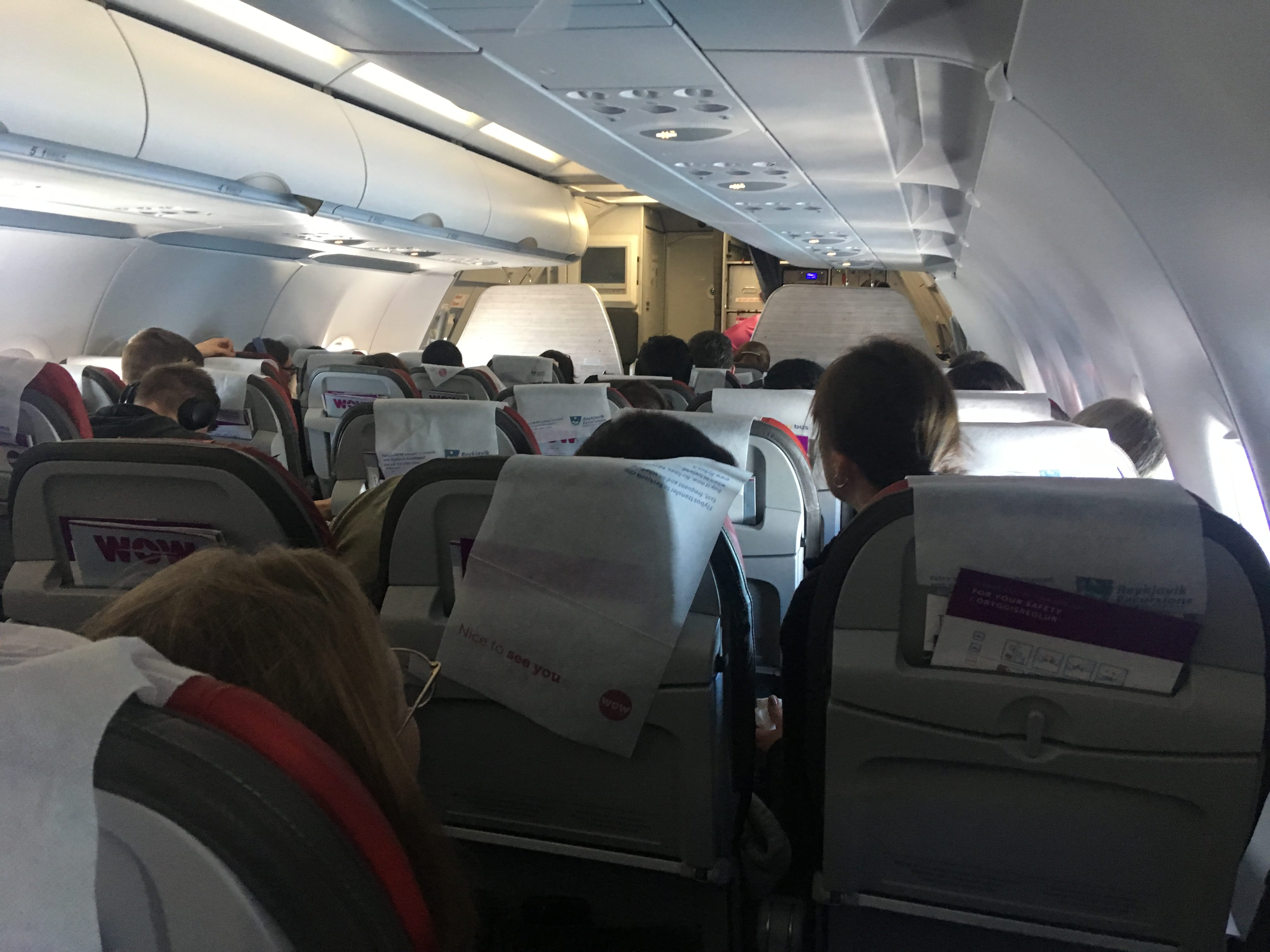 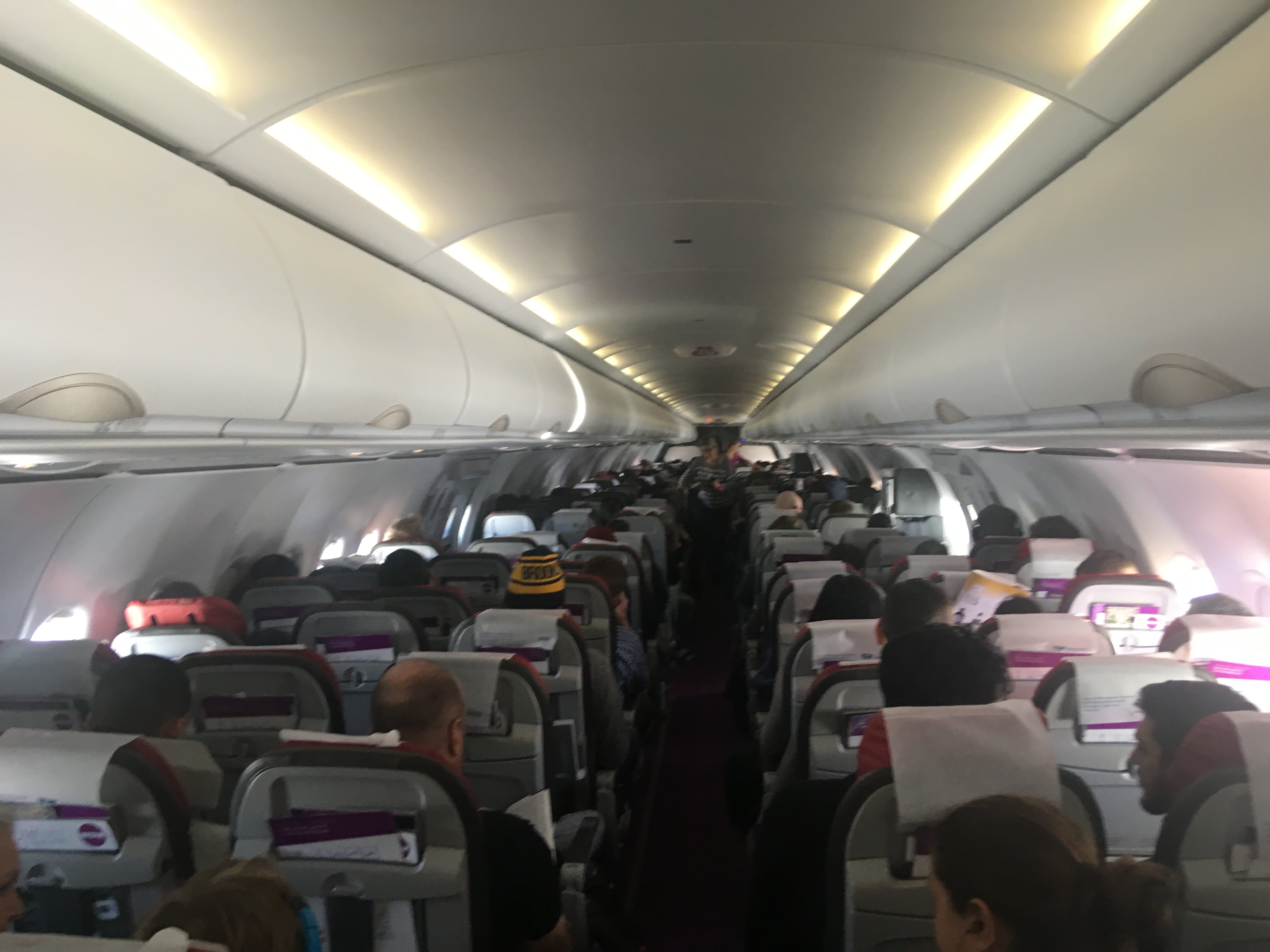 Take off was bumpy, with extremely strong head winds hitting the region. It was only a short while before we overflew Greenland. Unfortunately there was strong cloud, but it broke in a couple of locations giving these stunning views. 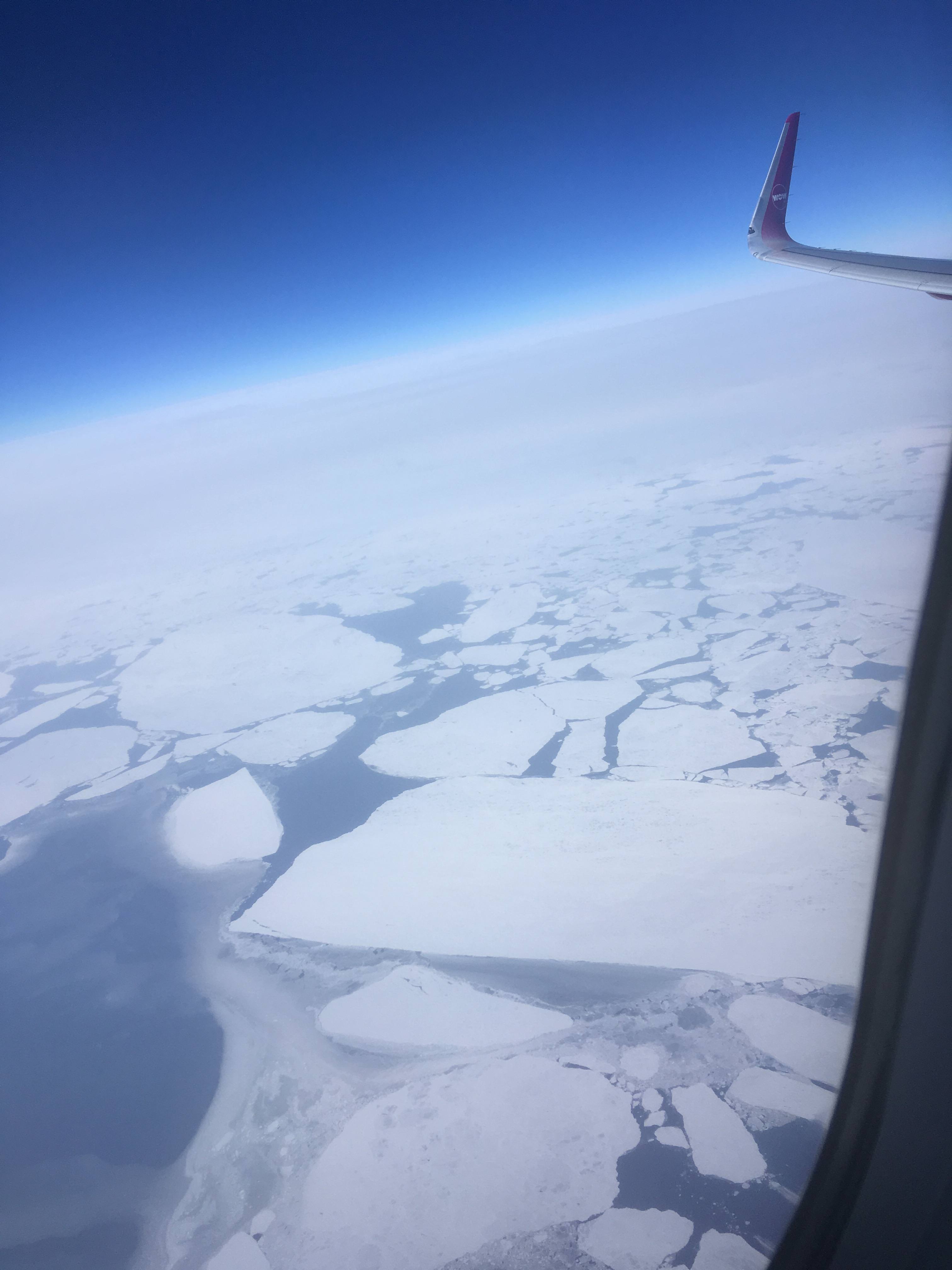 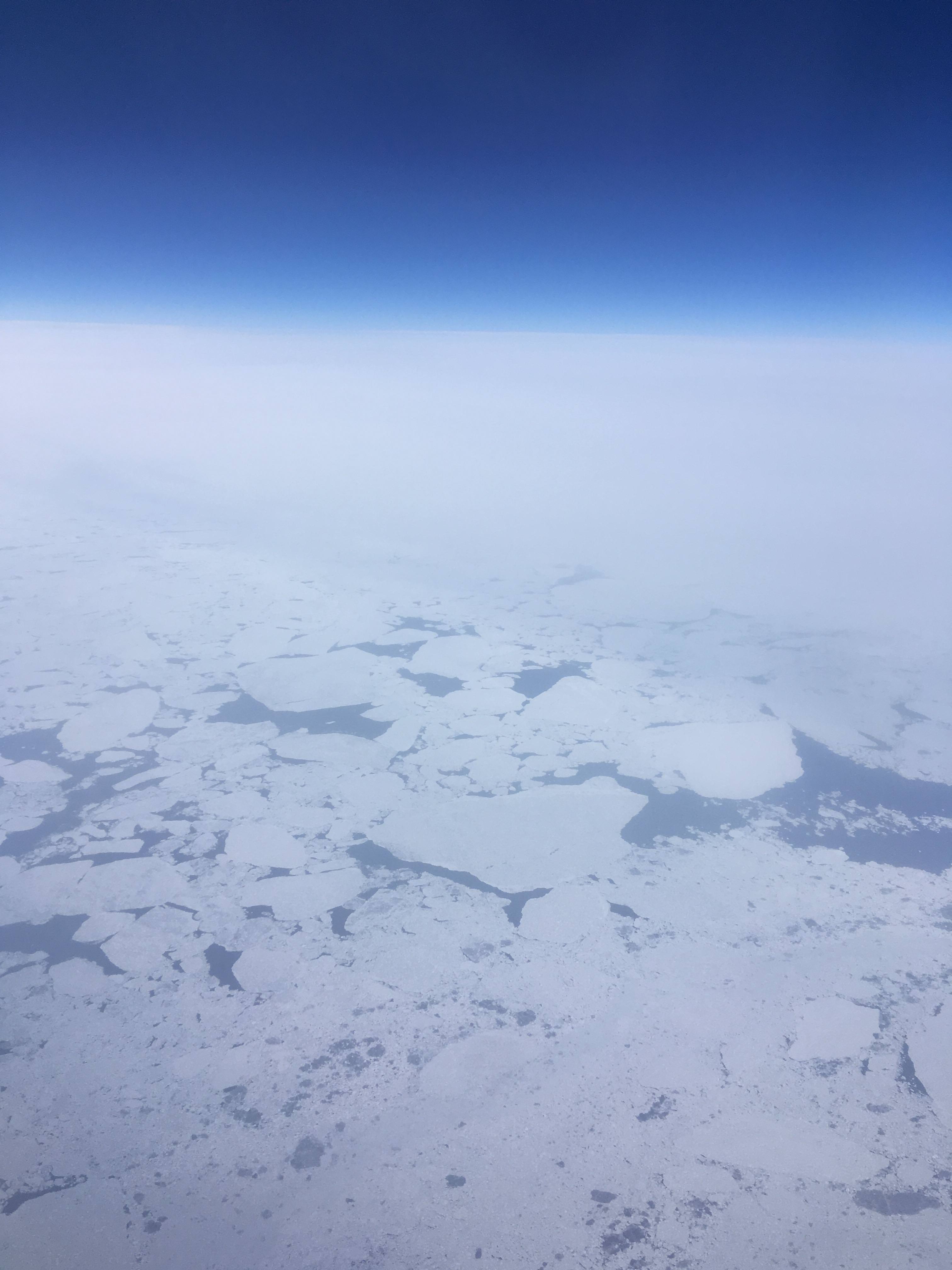 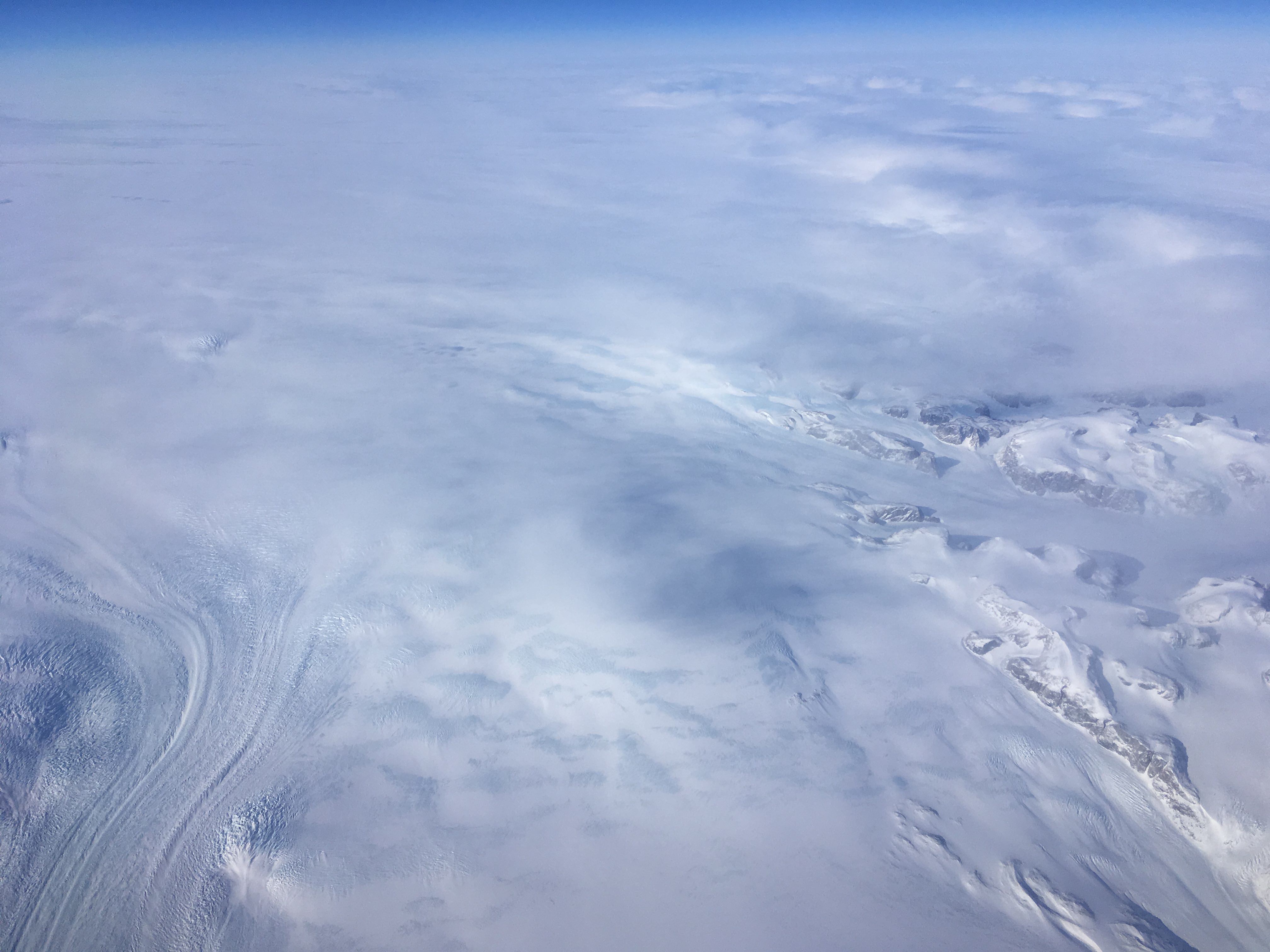 Service on this sector was on demand. In other words, you have a menu and simply buzz the crew whenever you get hungry or thirsty. I fancied trying out the pizza, a popular food in Iceland. To be honest it was much tastier than it looks. 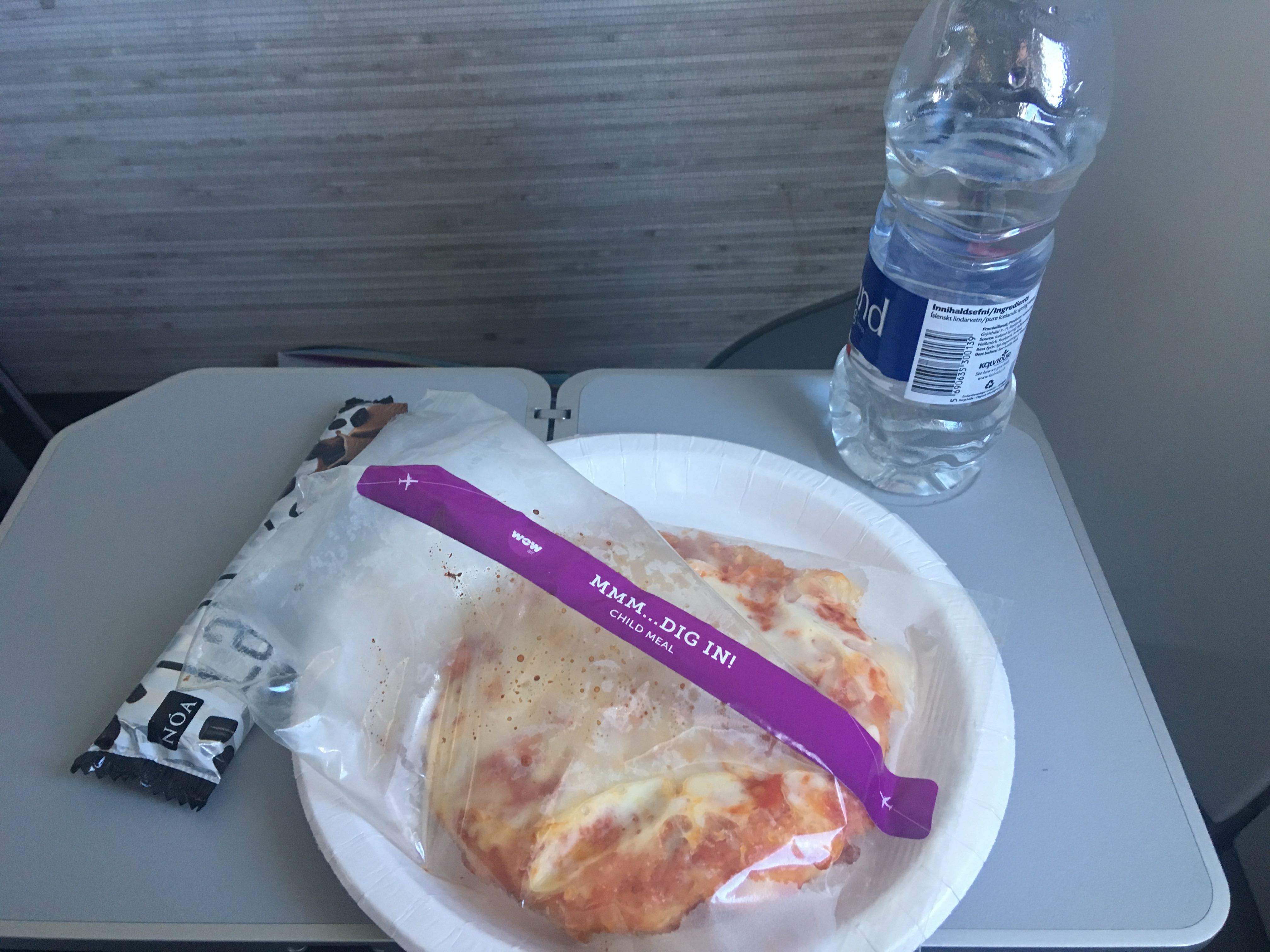 The cabin crew were friendly and well presented. I-pads for rent were offered, but no one took up the offer. Most people opted to sleep, as did I.

I woke up just outside of Toronto, feeling well rested. Terrible fog covered Pearson and the ground only became clear very late on approach.

Pearson was an appalling experience. The immigration queues were very long, our flight shared a chaotic claim belt with PIA and Cubana, luggage took 1h 20 minutes to arrive and queues out of the claim area were so bad it kind of clogged up and there was crush.

Check in was chaotic, with queues and rude staff. Security was not much better. So many bags were being referred to secondary screening that the staff simply ignored it.

I headed for the Air France/KLM Lounge where I enjoyed a quick meal and a drink or two. 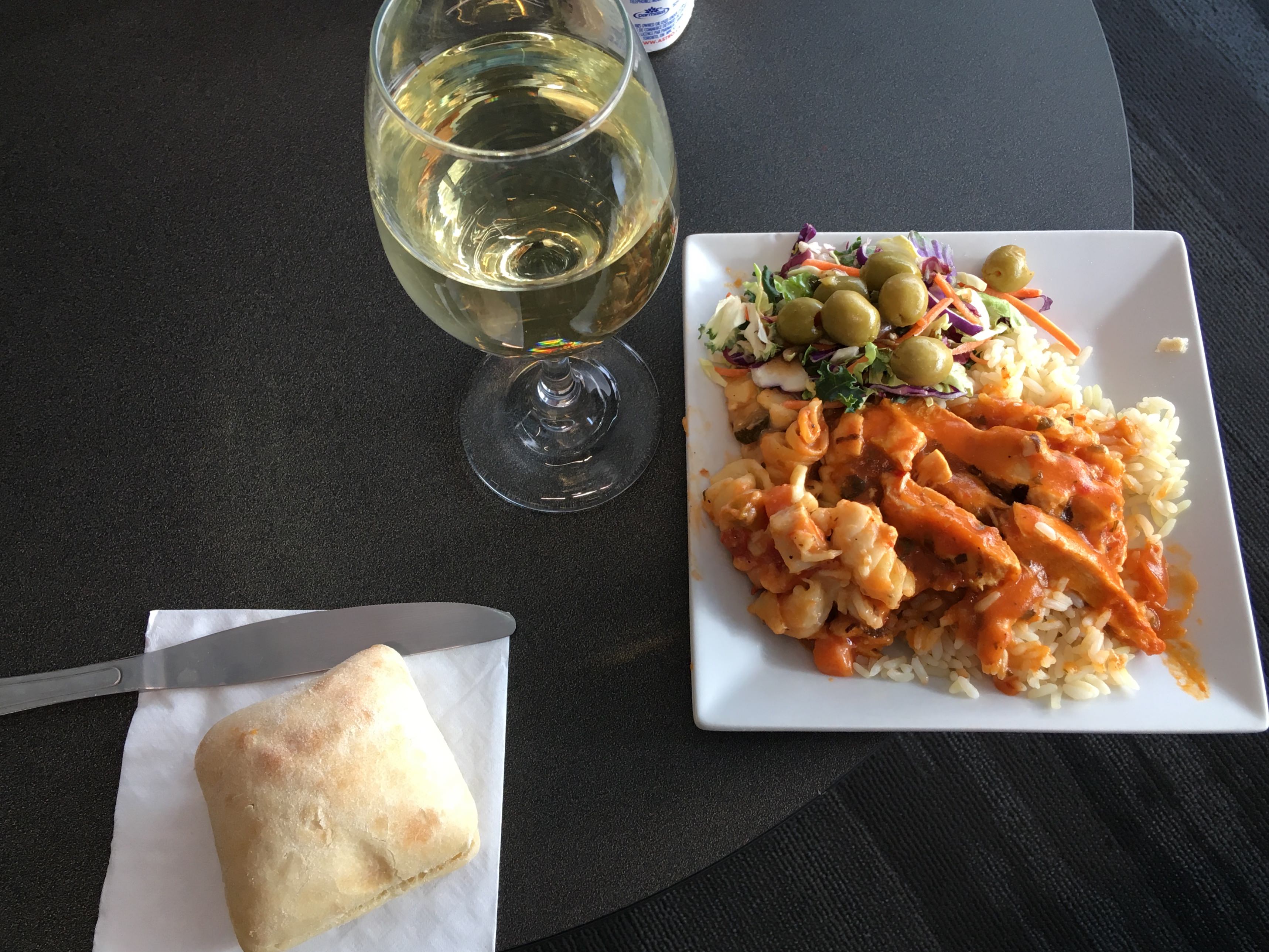 At the gate TF-GMA awaited me again. Shortly after take off I fell asleep and awoke on finals in Keflavik, a long five hour rest, not bad for a transatlantic flight.

Keflavik was cold and icy, so a remote stand was not ideal at around 5am. 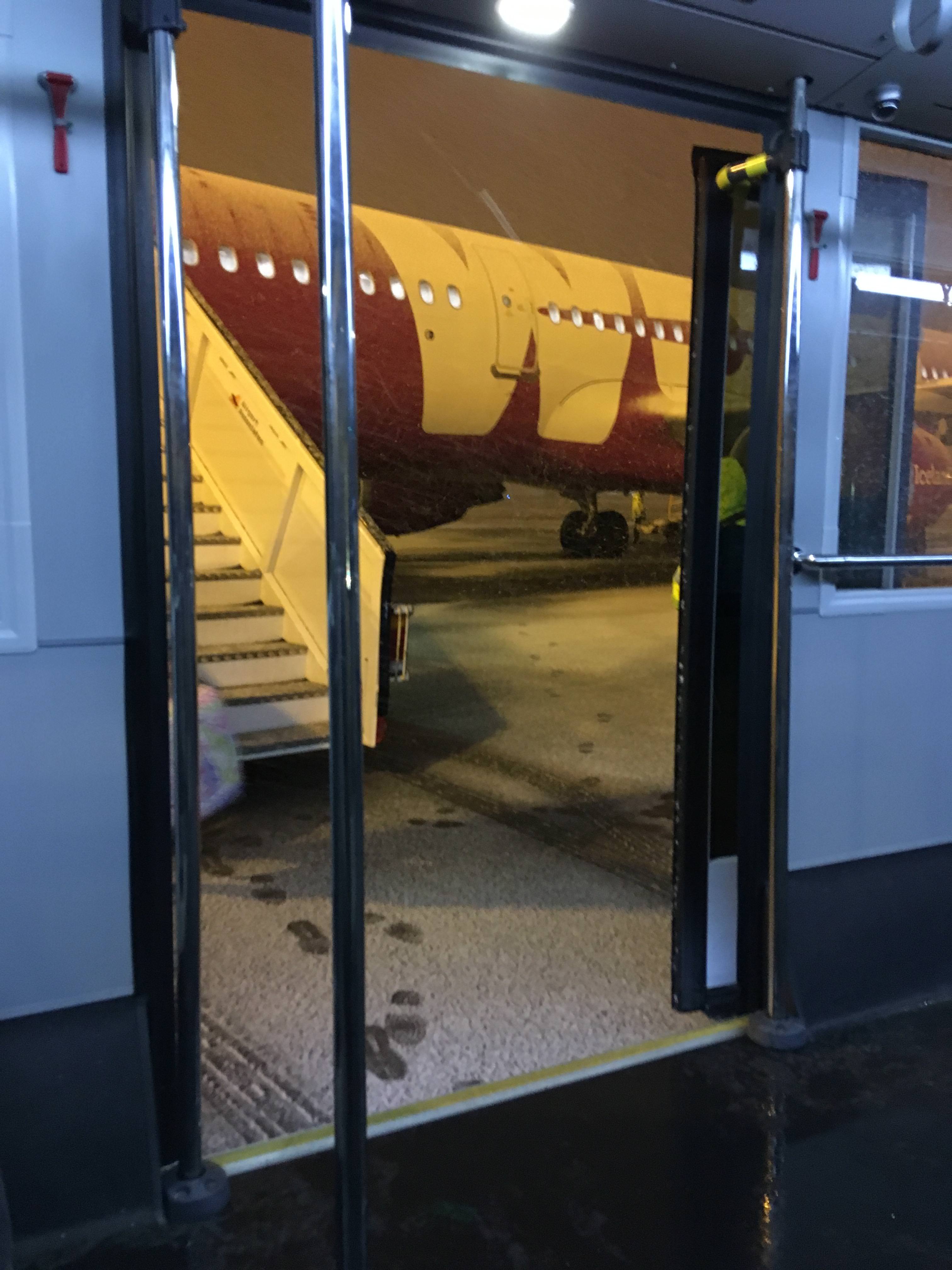 Having heard horror stories about Keflavik’s crowded transit area, I was pleasantly surprised and enjoyed a quick coffee at Joe and the Juice.

My Gatwick flight was TF-CAT once more and off I boarded. Unfortunately the weather had got much worse and the runway had shut. So we sat for about four hours and watched inbound flights divert far and wide…… To make matters worse, only one deicer was available and it ran out of fluid half way through treating TF-CAT.

The first officer carried out an inspection and concluded the flight surfaces were clear, so off we taxied. 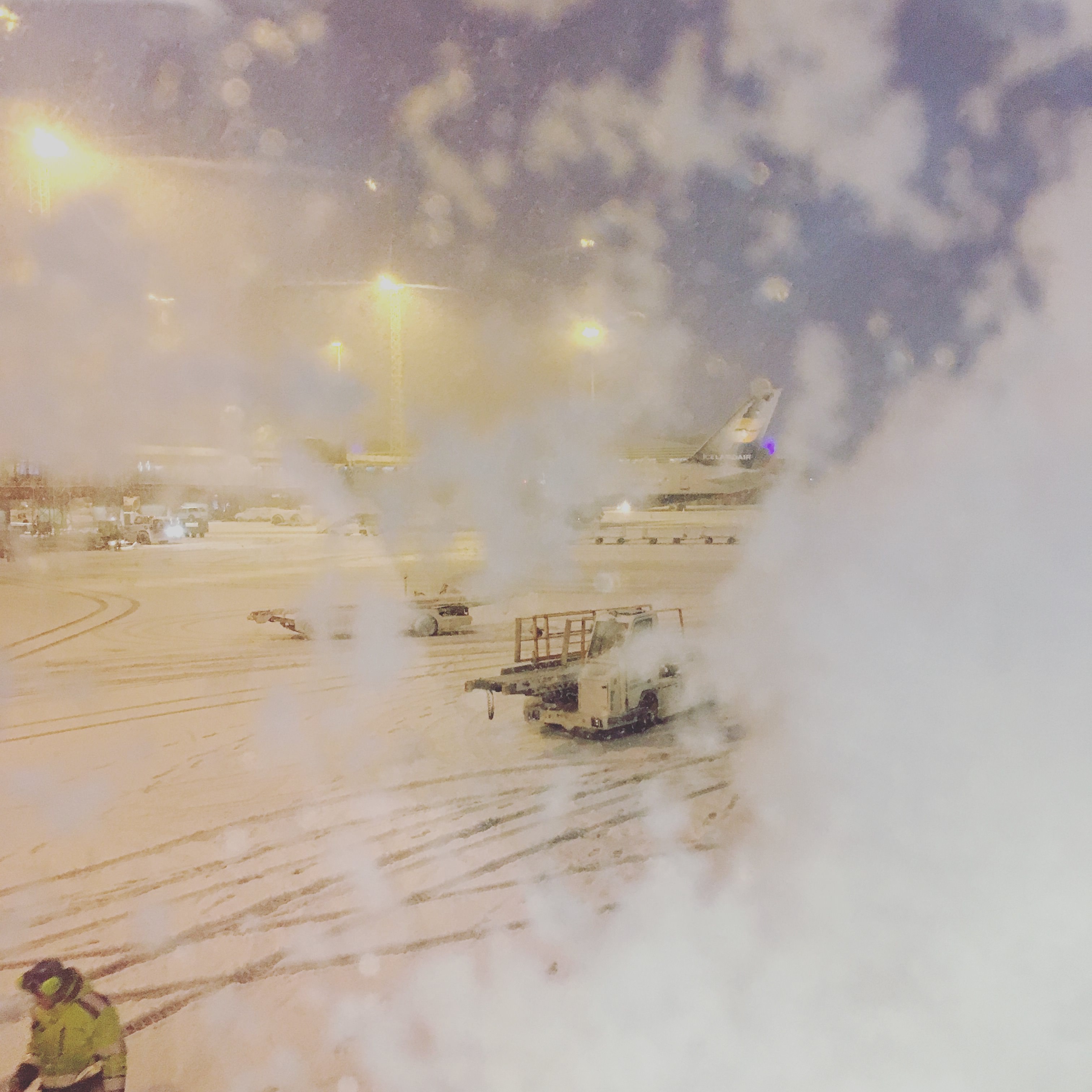 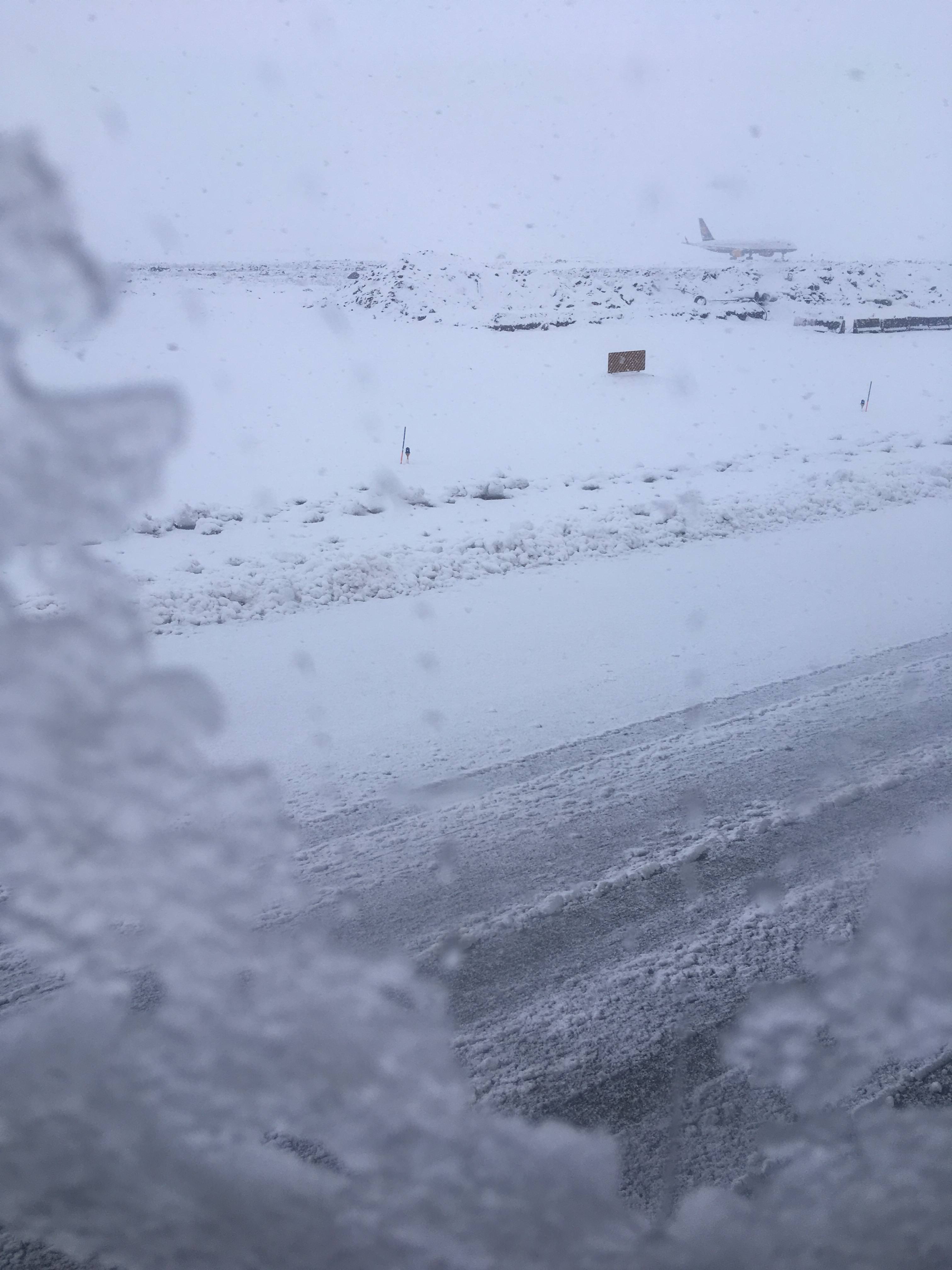 We sat at the end of the runway and it seemed full power was selected with the brakes on. The aircraft shuddered for a good 10-15 seconds before the brakes were released.

Again, on this flight I mainly slept, so can’t report much about the service.

Wow’s aircraft were comfortable and modern. Their crews were friendly and the on demand service allowed me to get an unusually good rest. In winter the increased chance of weather disruption should make people think twice. However there are some really cheap fares available, so if your budget is tight, Wow may open up the chance to travel across the atlantic when it wouldn't otherwise be possible. Iceland is well worth a visit, especially the more remote parts. Be aware ice and wind during the winter makes for genuinely treacherous conditions in the north where adhoc road closures are quite possible.
Top

Nice report. Those head rest covers are super messy. It would annoy me greatly!
Top

sevenair wrote:
Nice report. Those head rest covers are super messy. It would annoy me greatly!

Strangely enough I hadn't noticed the head rest covers, but now I can't get them out of my head!
Top

Wow doesn't look bad. I flew Iceland Air nearly 2 years ago and the flight was perfectly acceptable. A bit expensive but cheaper than anything else. Keflavik was a mess when I went as there were plenty of NA and Europe flights boarding very near to each other, but I understand they've opened an expansion now so it should be better. The best thing at Keflavik were the the toilets: the most private ones I've ever seen at an airport and I could brush my teeth in privacy without getting weird looks from other people!
Top

Ryanair01 wrote:
. I fancied trying out the pizza, a popular food in Iceland.

Pizza is also popular here in Germany, and btw all other countires I lived in.

thansk for the Report
Top

Good report on an interesting airline... I focused in on your Pearson experience... I go through there a lot, and totally agree with you! Chaotic, rude and sub-standard generally... quite a comparison to Vancouver or Calgary... Safe travels!
Top

j-bird wrote:
Good report on an interesting airline... I focused in on your Pearson experience... I go through there a lot, and totally agree with you! Chaotic, rude and sub-standard generally... quite a comparison to Vancouver or Calgary... Safe travels!

Thank you. I was surprised by Pearson but am glad it wasn't just me!

devron wrote:
Pizza is also popular here in Germany, and btw all other countires I lived in.

thansk for the Report

Thanks. I think the Icelandic food scene consists of Dominos, Subway, Grilled Cheese Sandwich, Lamb Hotdog and Skyr - plus 'traditional' foods like "shark that's been buried in dirt for months" which I'm fairly sure only tourists eat