Our trip to Swedish Lapland and the Ice Hotel

Hello A'Netters. Hope you are well.

It was my wife's 40th and wanted to do something different. We both love to travel and explore the world and wanted something extraordinary, travel related.

My wife is of Chinese origin and her name literally translated to English means 'Ice/purity'. I wanted to take the literal sense of the word and do something with it. There was only one thing I could think off -> Staying at the world famous Ice Hotel in the Swedish Lapland! I wanted this to be a surprise, but was not sure and proposed the idea to her and she was immediately enthusiastic about it.

30 minutes later flights to Kiruna were booked along with the Famous Ice Hotel Cold room Deluxe suite package and some other activities. Was really excited and looking forward to this trip! 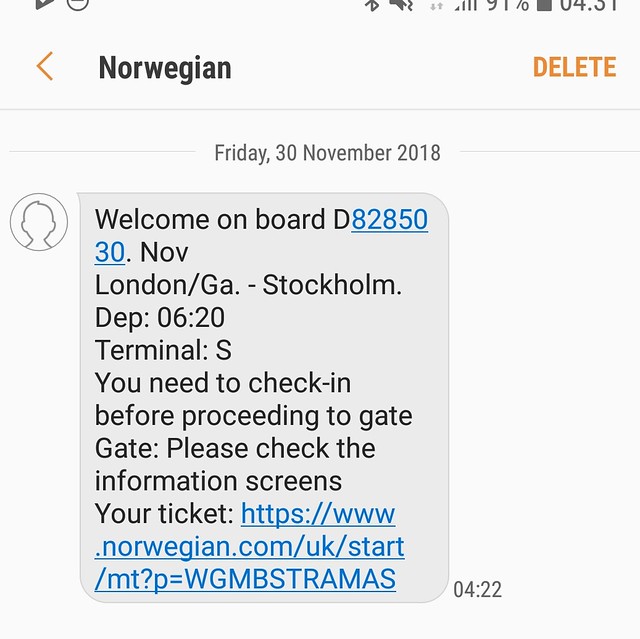 Online check-in the previous day worked well. I want able to select seats as seat selection is automatic if not paid for. Since my wife and I were on 2 separate tickets, we got seats at different ends of the aircraft. Lol. Hoping to have them changed at the airport. It has worked well on my previous trips with Norwegian.

Drive to the airport was quick and hardly any traffic. It was a very quiet time at Gatwick.

Tried checking in via self-check-in. It allowed us to change seats from Stockholm to Kiruna, to sit together but not onward to Stockholm. It was quickly resolved by heading to the check in desk. Result. 10 minutes later we were airside and ready for a hearty breakfast at Wagamama.

London Gatwick South on a Saturday early morning (5:00 AM)

Self-check in desks for a conglomeration of airlines

The other side is only for US flights

Heading through to Departures

Our ride to Stockholm today

Boarding began on time and aboard the aircraft at 6:05.

The ambience and temperature on this aircraft was spot on. Clean and cozy.

Airborne as soon as we pushed back. Captain announced a flight time of under 2 hours.

After Take-off -> Over Gatwick

After takeoff Wi-Fi service commenced. And it worked perfectly well throughout the flight. It's such a pleasure to be having internet connectivity onboard, that too with predictable consistency and free of charge. Salute to Norwegian for still providing free Wi-Fi when no other airline i know off do it.

Rest of the flight was uneventful and we landed ahead of time.

Honey! I shrunk the wash basin!

This is where we are

Up close with a Thai B77W parked next to us

We had to make our way to terminal 4 for our connecting flight. It's bit of a walk but 30 minutes later we were at our gates. Fairly seamless transit experience.

Boarding completed before time and we pushed back 4 minutes ahead of schedule. Flight time of an hour an 15 minutes announced which meant once again an early arrival into Kiruna.

Once airborne Wi-Fi commenced and once again worked seamlessly. Even able to watch YouTube videos.

Quite a long walk to Terminal 4

Via the Sky City

..And then, finally at T4 (Around 20 minutes of non-stop walking)

Heading towards our gates

Our ride to Kiruna

Rest of the flight was uneventful and before we knew it, we had arrived at frosty and icy Kiruna. It was quite a sight as seen in my pictures and videos.

Caught the Sunset over Kiruna at 12:30 PM! When we were in the sky, we thought this was sun rise!

Was not that cold as it looks

For our return flight, SAS seemed to be the best bet. Timing and pricing suitability was right up there and booking via SAS website was simple enough. And if there were no last minute substitution, would be lucky to fly the rare(r) Boeing 737-600! And hopefully the A320 Neo from Stockholm.

Online check in, the day before the flight was seamless. Few personal information was needed, seat selection done and check in was sorted. Looking forward to our ride from Kiruna to Stockholm on the stubby 737.

Day of the flight we reached the airport with 2 hours to spare. Kiruna airport is quite a handy airport and serves the city well. Dropping the car off at hertz was painless and hassle-free.

Baggage drop was completely autonomous and it was a seamless process.

Self-check in at Kiruna Airport

Even in such a small airport, they have not forgotten about the kids

Boarding was on time and it was a very light load today to Stockholm.

As expected, de-icing occurred before take-off. More of that in my video.

Our ride to Stockholm

View from our seat

Once airborne the captain announced a flight time of an hour and 25 minutes to Stockholm.

On this flight, I met a very friendly and aviation enthusiastic flight attendants, Leonard. He was passionate about flying and it was a pleasure speaking to him. His service was exemplary and a true ambassador to the brand.
It's always encouraging to see flight attendants who are passionate about flying and recognise a fellow aviation enthusiast . A complete opposite to some staff I've met at certain airports who detest anything to do with AVgeeks.

The AVGeek Leandro who was serving us on this flight. He was exceptional and we spoke a lot about his past experiences, SAS, and a whole lot of typical AVGeek topics. 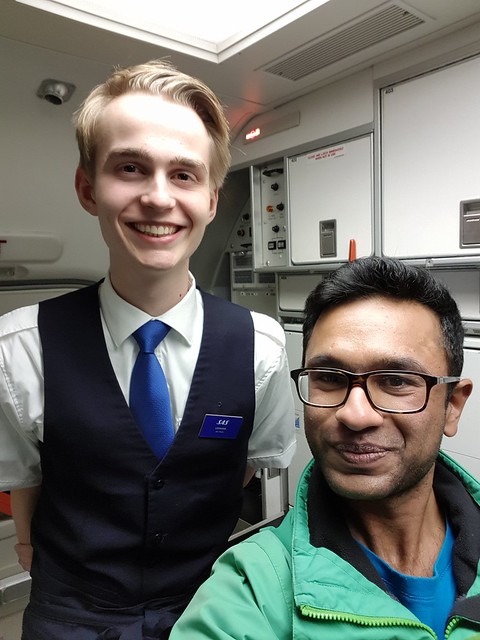 Beer on this flight

Landed a bit behind schedule and the rest of the flight was uneventful.

Upon landing I received a text message that our flight was cancelled and we were put into another London flight which has been delayed to 2000. Urgh.

Back in Stockholm -> This time, transfer from T4 to T5 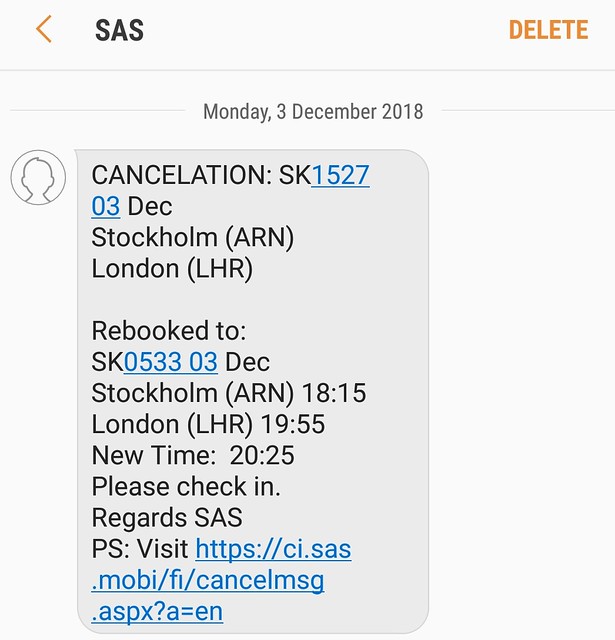 At least SAS have a better transfer approach from other terminals to their main terminal (5).It was seamless.

Passing immigration we headed to have some dumplings. It was then, when I enquired with the helpful service agent nearby, we were notified of a 100 SEK food voucher per head. We had to refund our food meal and use our vouchers. All in all, a favourable result. Good on SAS to provide vouchers for delayed flights. Even though technically we were only delayed by circa 20 minutes.

Proceeding towards 30D, where SAS have a bus transfer to the various terminals around Arlanda.

Quick transfer back to T5

Heading to our gates after passport check

SAS provide food vouchers for delayed flight. Perhaps this is only at their home base

Queueing at our gates

At the gate; but still a long wait before we got to board

Flight was subsequently delayed and boarding completed only by 20 50.

Once on board , the captain gave a detailed explanation of why the delay. A very comprehensive explanation and a sincere apology. Good on the captain For treating passengers as humans. SAS seem to be adept at tackling delayed and or cancelled flights. Is it because they have a lot of such occurrences or are they just professional ? More details about the flight delay in my video.

They missed the "as long as you pay for it" part

Full flight to London. Quite understandable, if they have transferred passengers from cancelled flights onto this.

Parked next to an Ethiopian B787-8

First time on an A320 Neo. The take-off was effortless and keeping in tune with other newer Airbus models, was noticeably quieter than their Boeing counterparts.

The aircraft was spotless and looked smart. I especially liked the mood lighting up in take-off.

Once airborne, the cabin crew spring into action. Free tea, coffee and water served. Rest of the items were charged for on this flight, except for SAS plus and gold members where food was complementary.

Lighting during take off

Rest of the flight was uneventful and we landed back into London nearly an hour delayed from our original timing.

Slightly busy time at Heathrow and once we were out, it was another 30 minutes before we reached the baggage hall.

Back at home Base - Heathrow T2

Do not think I have seen this before. A good selection of SIM cards.

Once again, an excellent experience with Norwegian. On time, good service on board, and delivered more than what it said on the tin. Their wi-fi service on board is most certainly a game changer for intra-European travel. I would pro-actively travel on Norwegian if I had a choice, just for their free wi-fi service.

The only slight niggle might be the transfer in Stockholm. I am nit-picking, but the transfer service by SAS was a more seamless experience. On the other hand, I always welcome a bit of walking during our trips.

The positives were most certainly the cabin crew on the first flight and the captain on the second. The captains announcements (it's in my video) was probably the most comprehensive I had ever heard. He did not have to, but felt he was obliged to and treated us like we ought to know the reason. It was very reassuring and enhanced the brand image of SAS in the span of 90 seconds! Due to this, the negative (which was an hour delay) was almost forgotten and pardoned, since such things can happen any time. It was reassuring that the steps they did were for our own safety and is highly appreciated, thank you SAS!

Apart from that, I got to go on an rare(ish) aircraft (B737-700 and also my first time on an A320NEO. So yeah, overall it was a very memorable experience on this sector with SAS and looking forward to my future flights with them.

So there you go, that brings me to the end of this report. Hope you liked it. Stay tuned to my next one (Christmas and New years to Croatia), until then happy and safe flying.

Sight during our trip 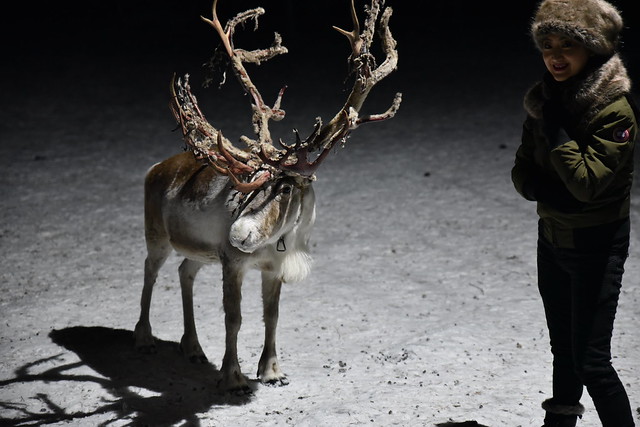 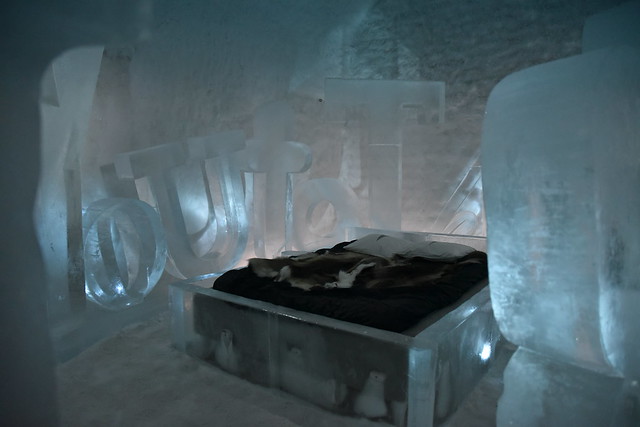 ART 365 Suites at the Ice Hotel 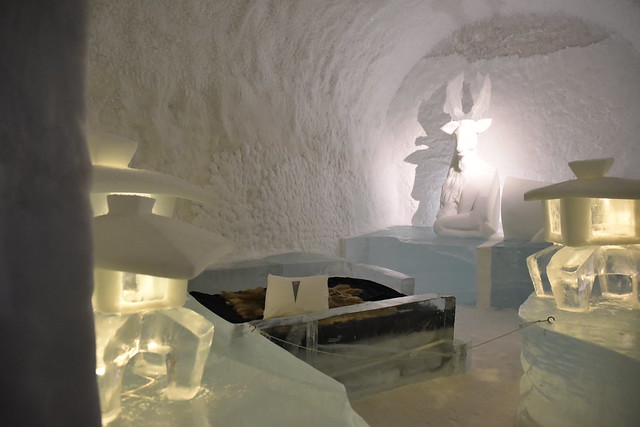 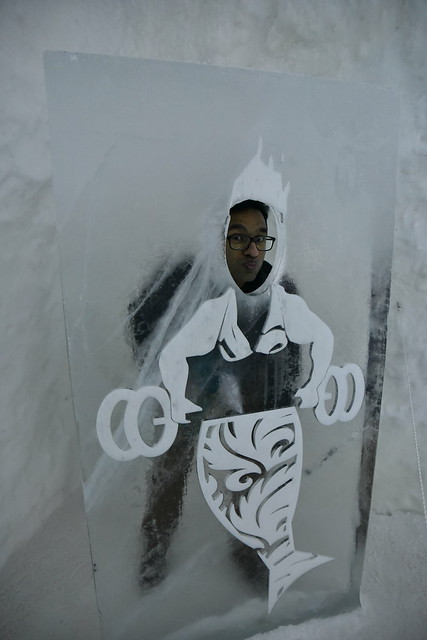 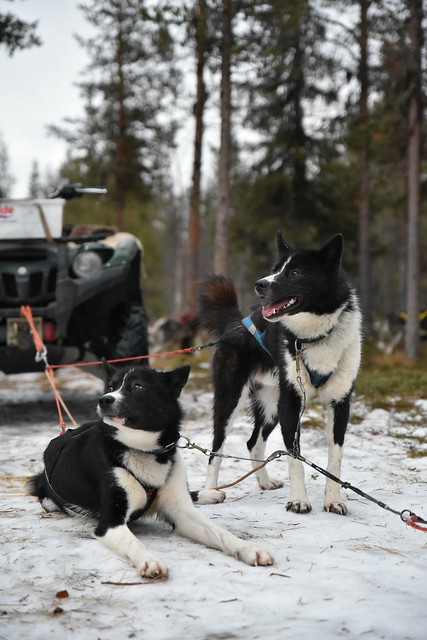 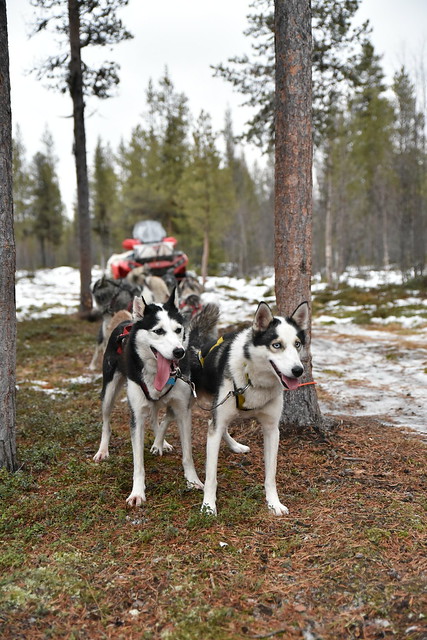 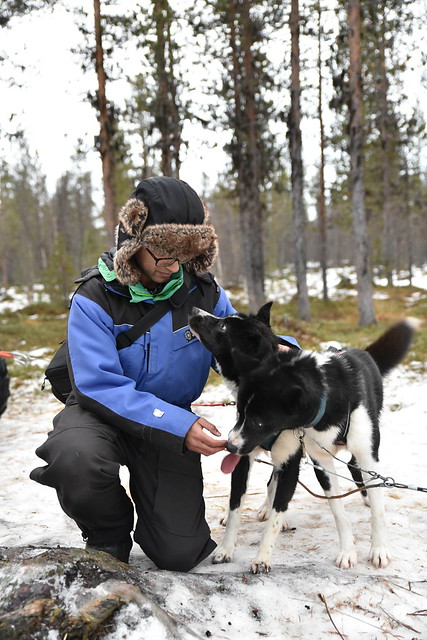 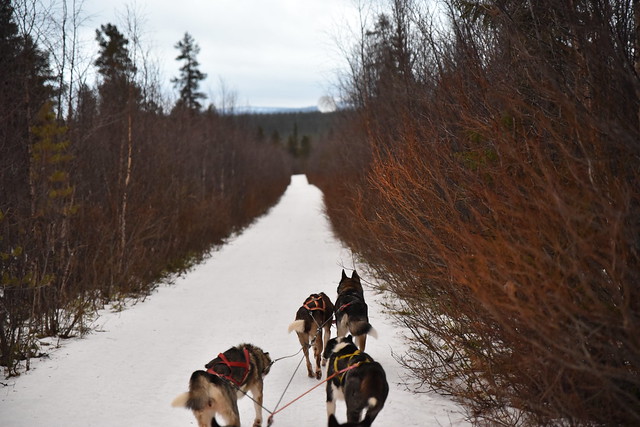 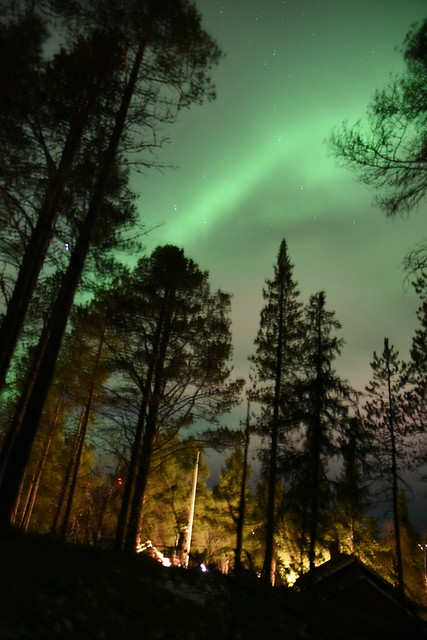 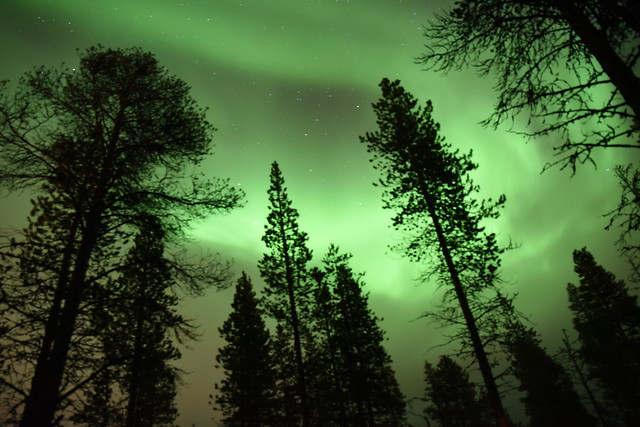 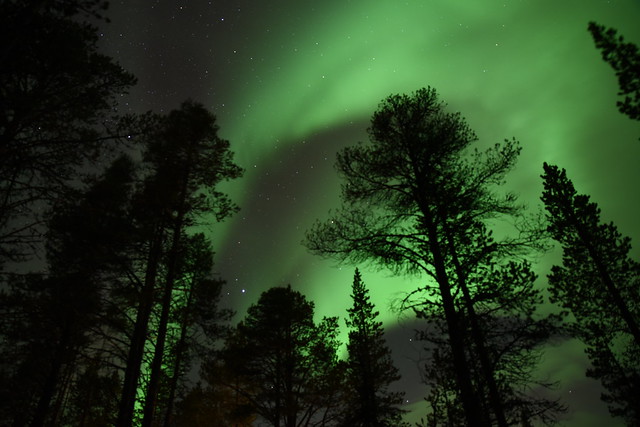 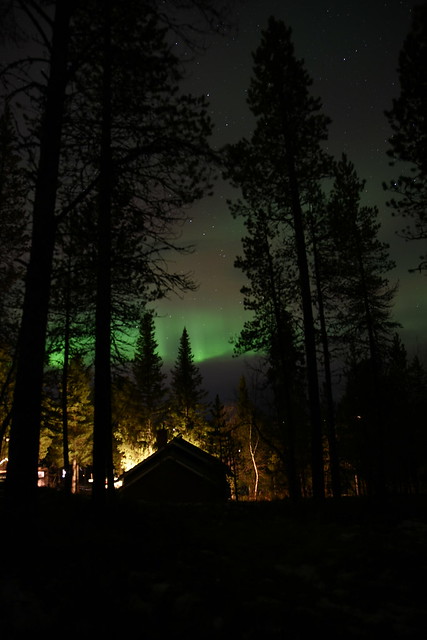 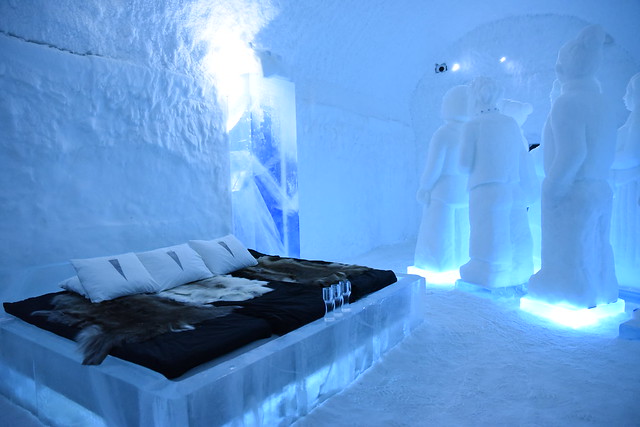 Waking up to Hot Lingonberry juice 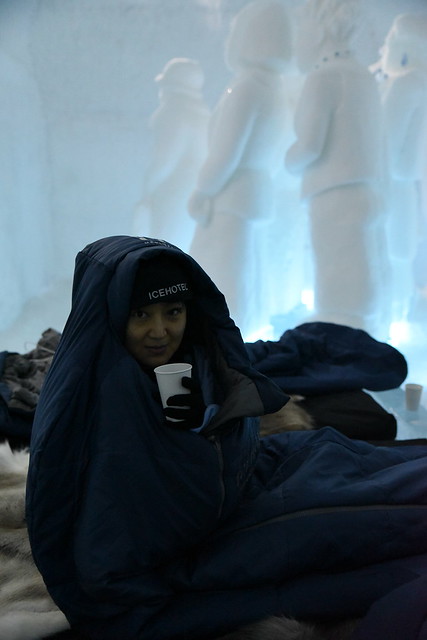 Kiruna old Church -> they are apparently going to move this! 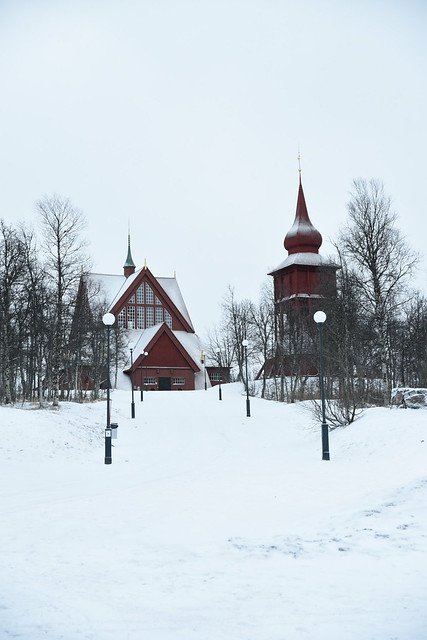 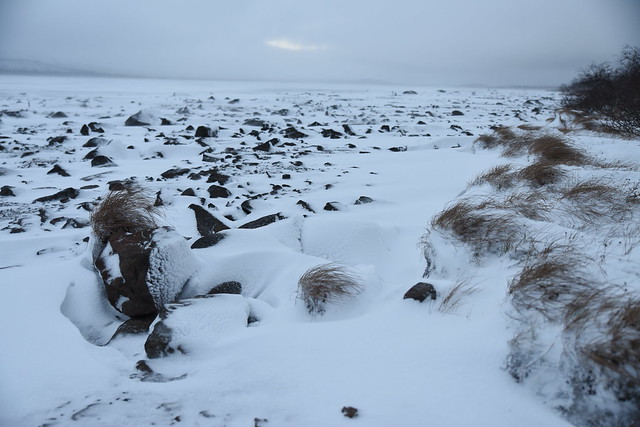 Our ride for the trip - The excellent VW Polo with DSG Automatic. Such a great car! Absolutely loved it!

What a cool trip!

newbief1yer wrote:
Salute to Norwegian for still providing free Wi-Fi when no other airline i know off do it.

JetBlue does and it works quite well for me.
Top

Thanks cofannyc.
Ah yes, I have apparently used them
Thanks for pointing it out.
Top
Post Reply

Users browsing this forum: No registered users and 1 guest