Another trip to Madrid... Latam flies from Santiago to Frankfurt with a stopover in Madrid. While the full trip or transatlantic flight costs three to four thousand Euros in Business, the sector within Europe can be had for as little as € 92,- (or even less).... The flight from Frankfurt leaves in the evening, while MAD-FRA is an afternoon flight.

After a short (and so far, rather unsuccessful...

) plane spotting weekend at Barajas, it was nice to have this flight and a shower at the Iberia lounge before boarding... I didn't want to take too many pictures there, maybe I'll try to do more of a real trip report if I get another such opportunity. I guess the Iberia lounge is known. The food was... ok, although nothing to write home about, but the shower was good to have (although, strangely, the water wasn't really hot). All in all, I spent only about 90 minutes at the lounge. Boarding was swift, although I was a bit surprised to see that all passengers from Santiago had to leave the plane in Madrid - is that common practice?

The Latam business class cabin on the 787 is very pleasant, esp. the lighting, seats are great, food was good, although no choice was offered on this short flight (sorry, no pictures). While one usually shouldn't spoil one's appetite with lounge food just before the flight, I was happy to have had some, as we didn't get much.... FAs were very friendly. I did not try the IFE. What I did find rather unpleasant was the ad for shoes after the on-screen security announcements. Who comes up with ideas like that? The flight took off a good 45 minutes later than scheduled, and had to take several turns before the landing approach, around the Laacher See near Neuwied.

A full video of the flight can be found at https://www.youtube.com/watch?v=Xva4uYKwY0M - the channel also contains the flight to Madrid, which took the southern turn, with a great view of the Alps and Pyrenees. 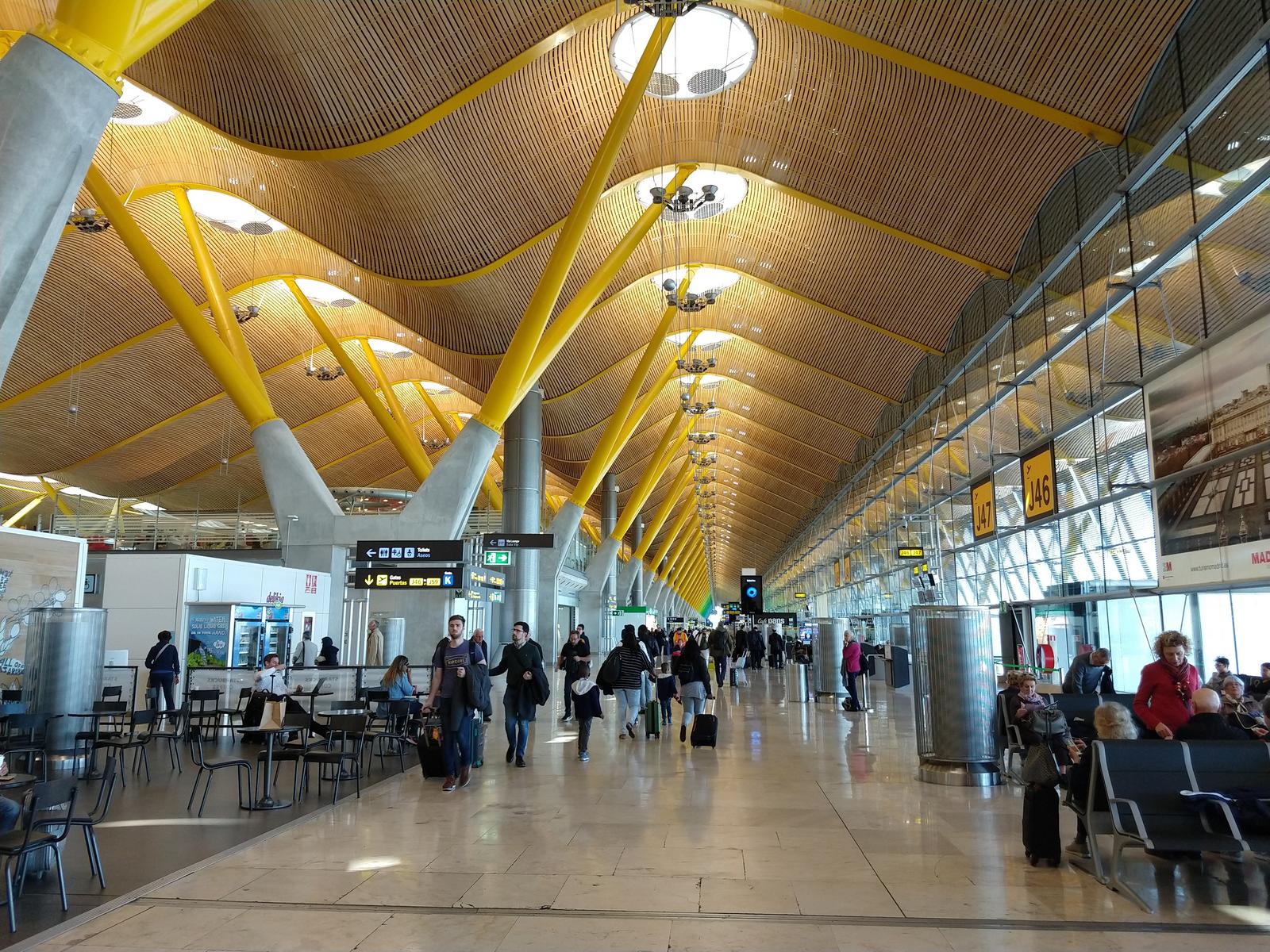 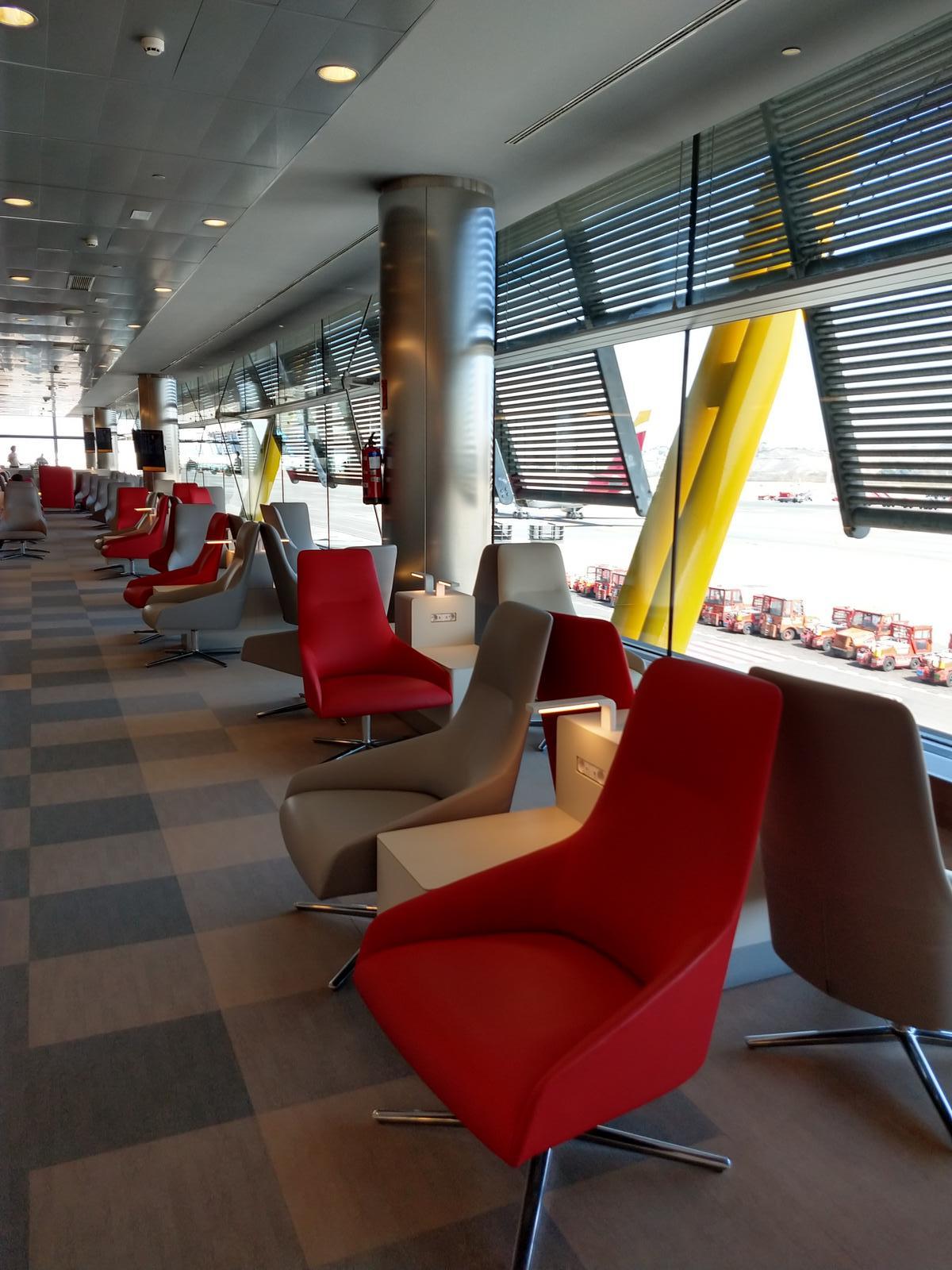 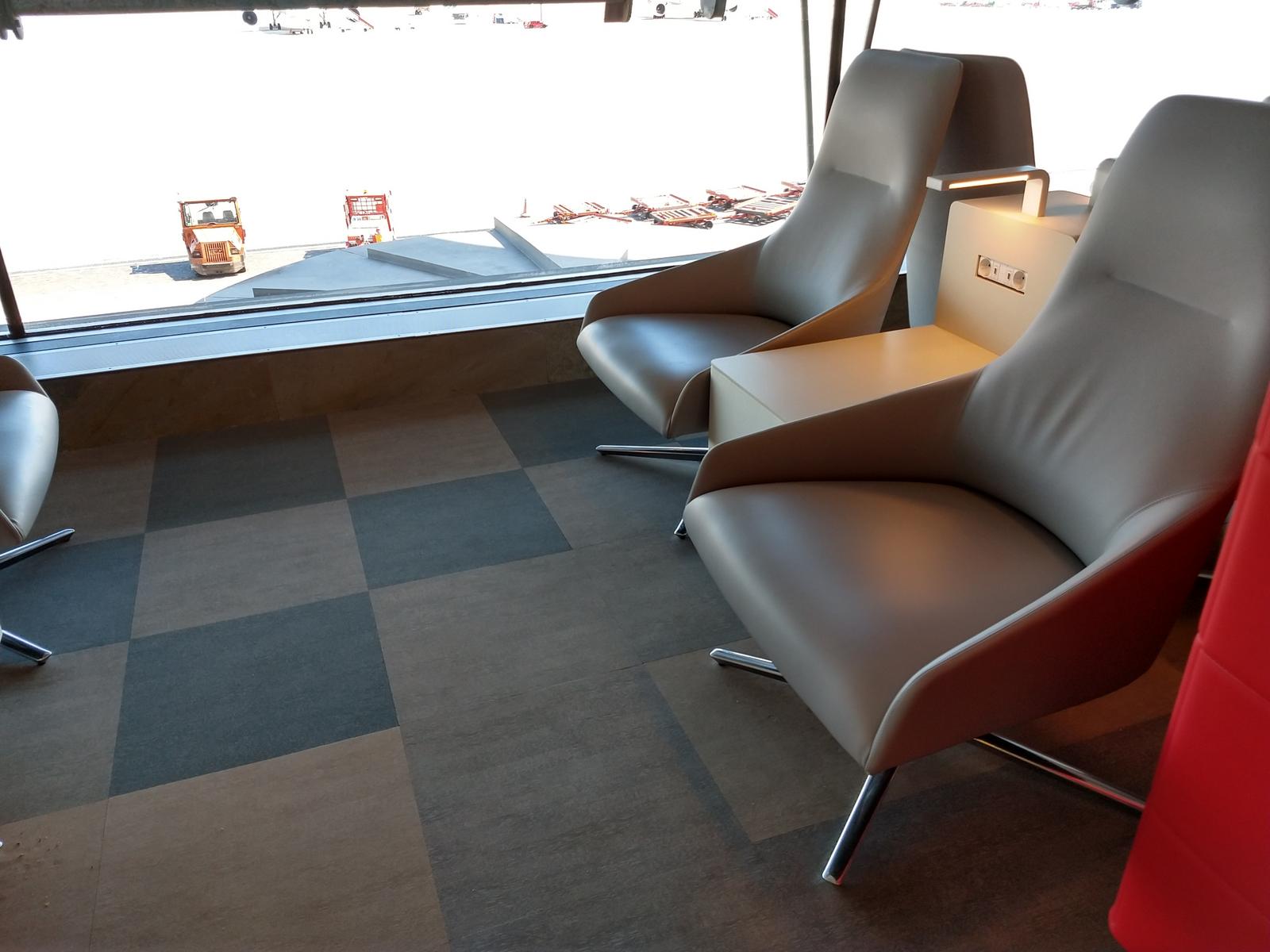 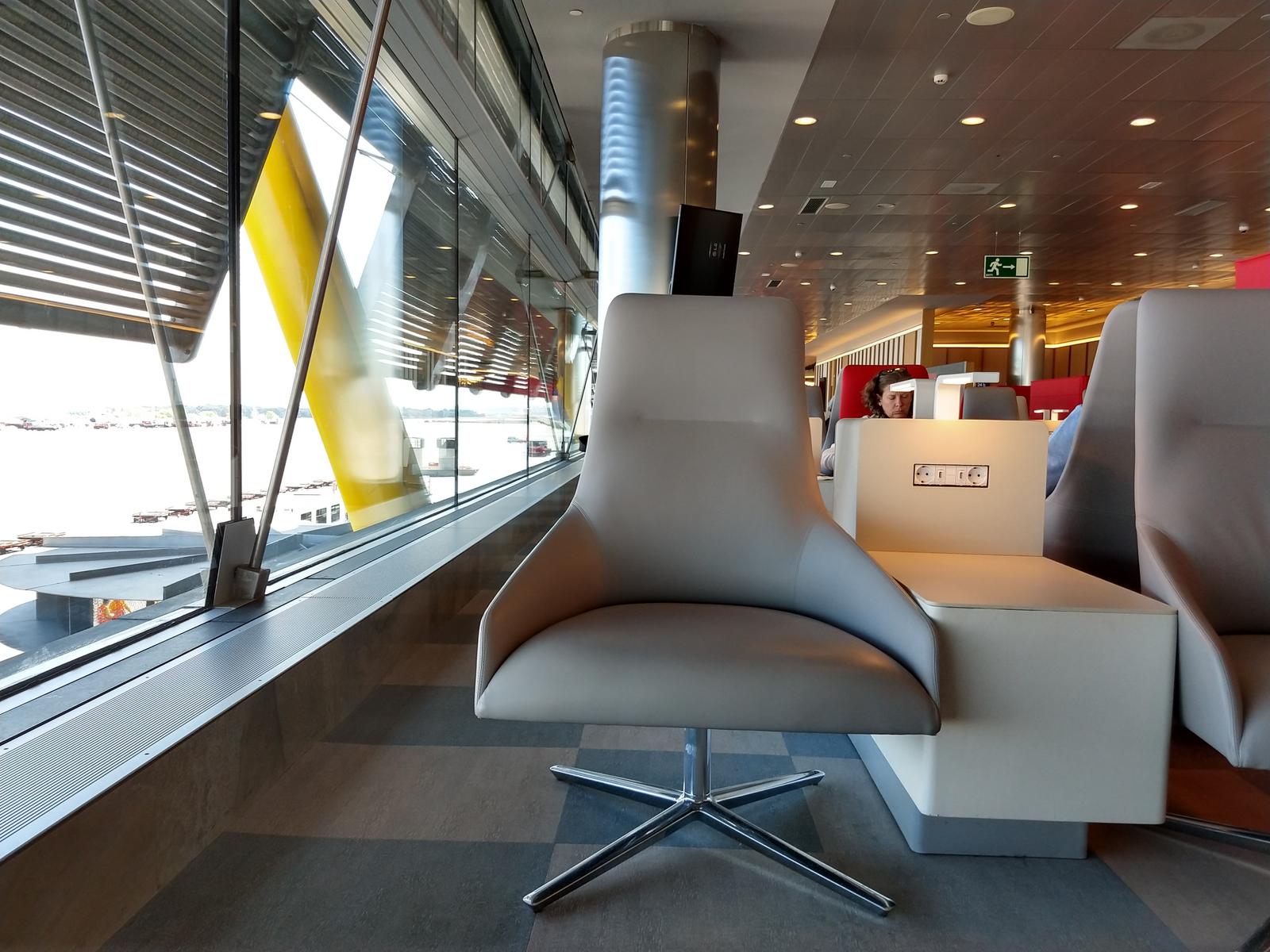 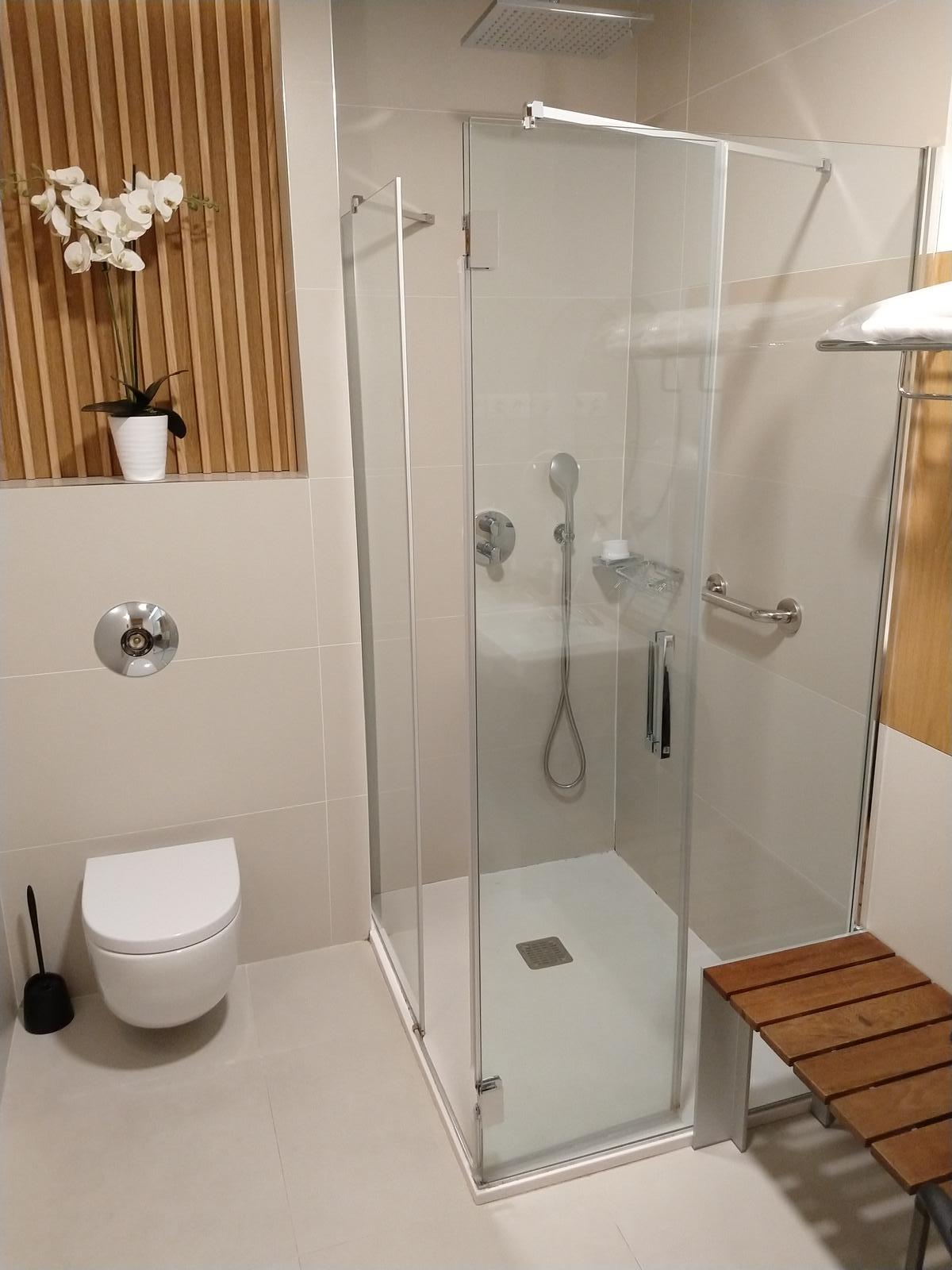 Aircraft as seen from the lounge and gate area 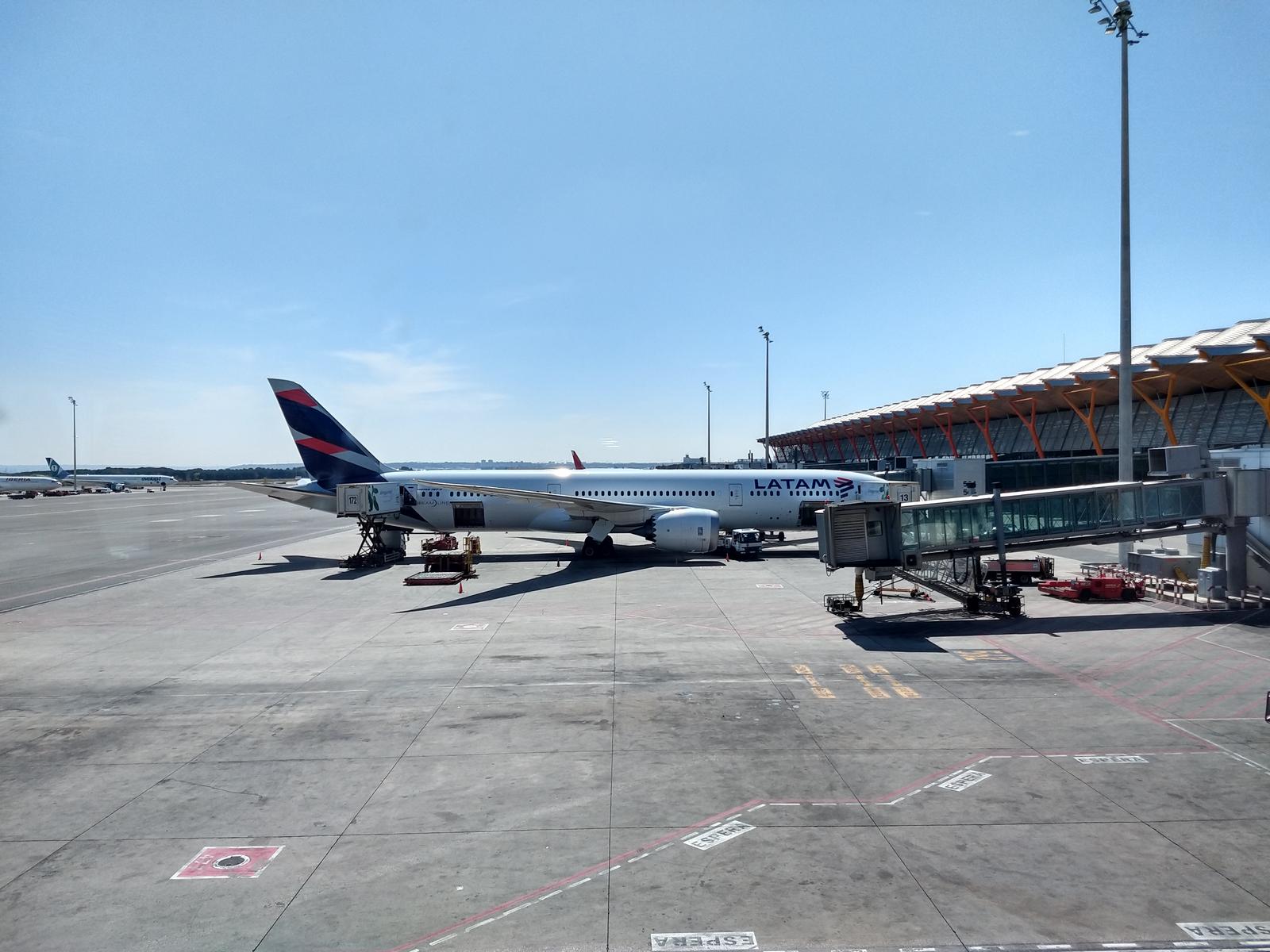 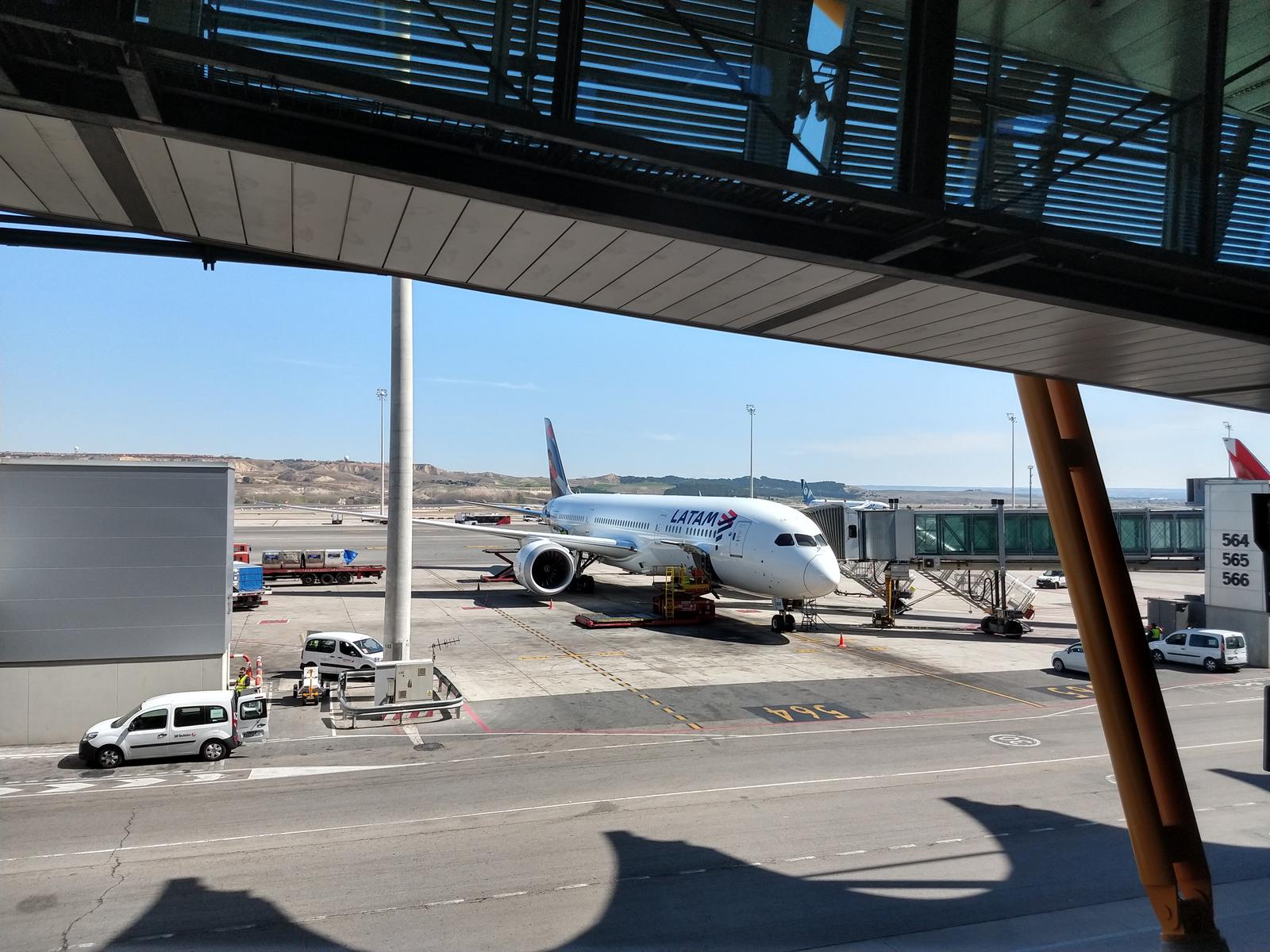 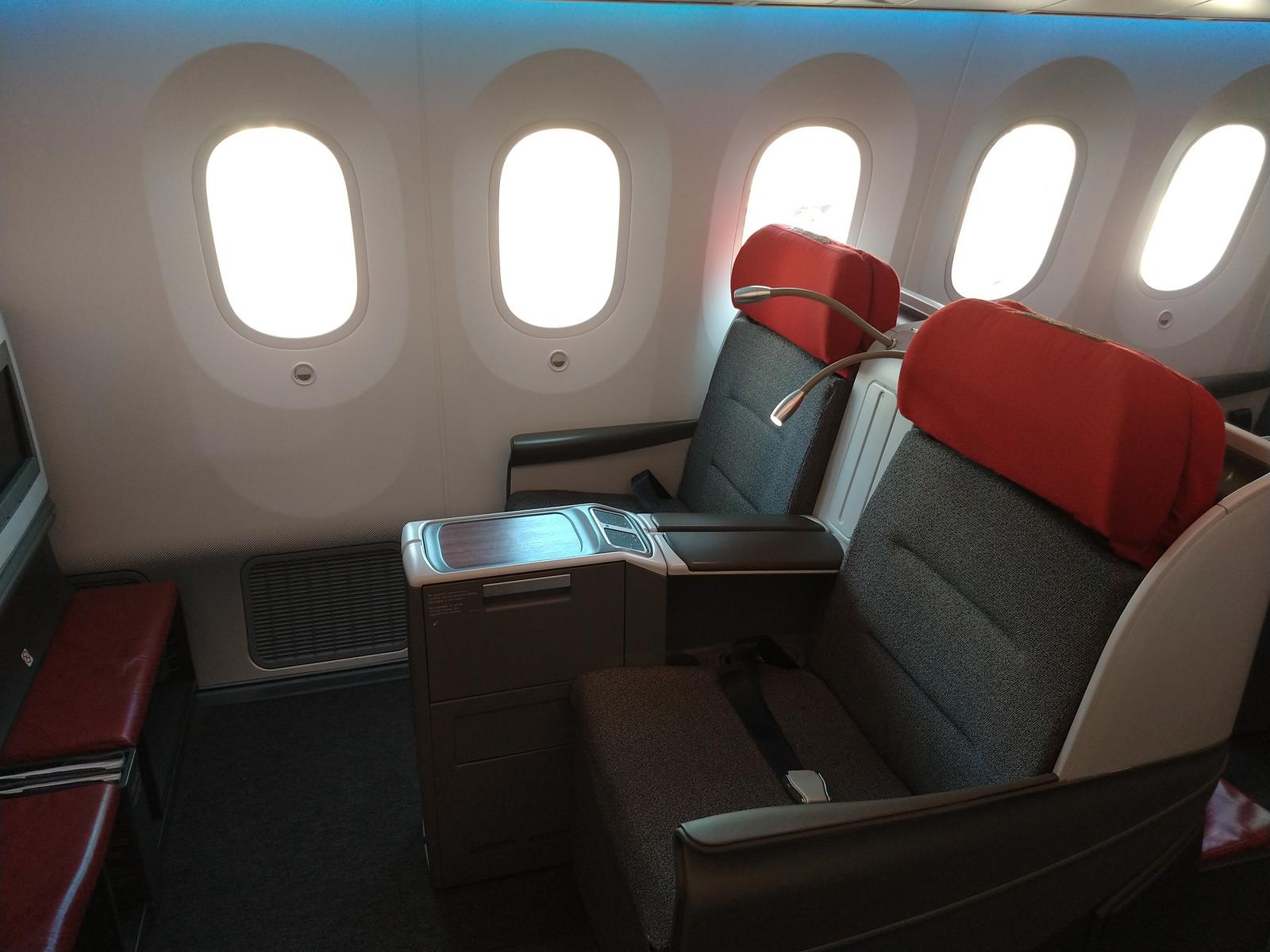 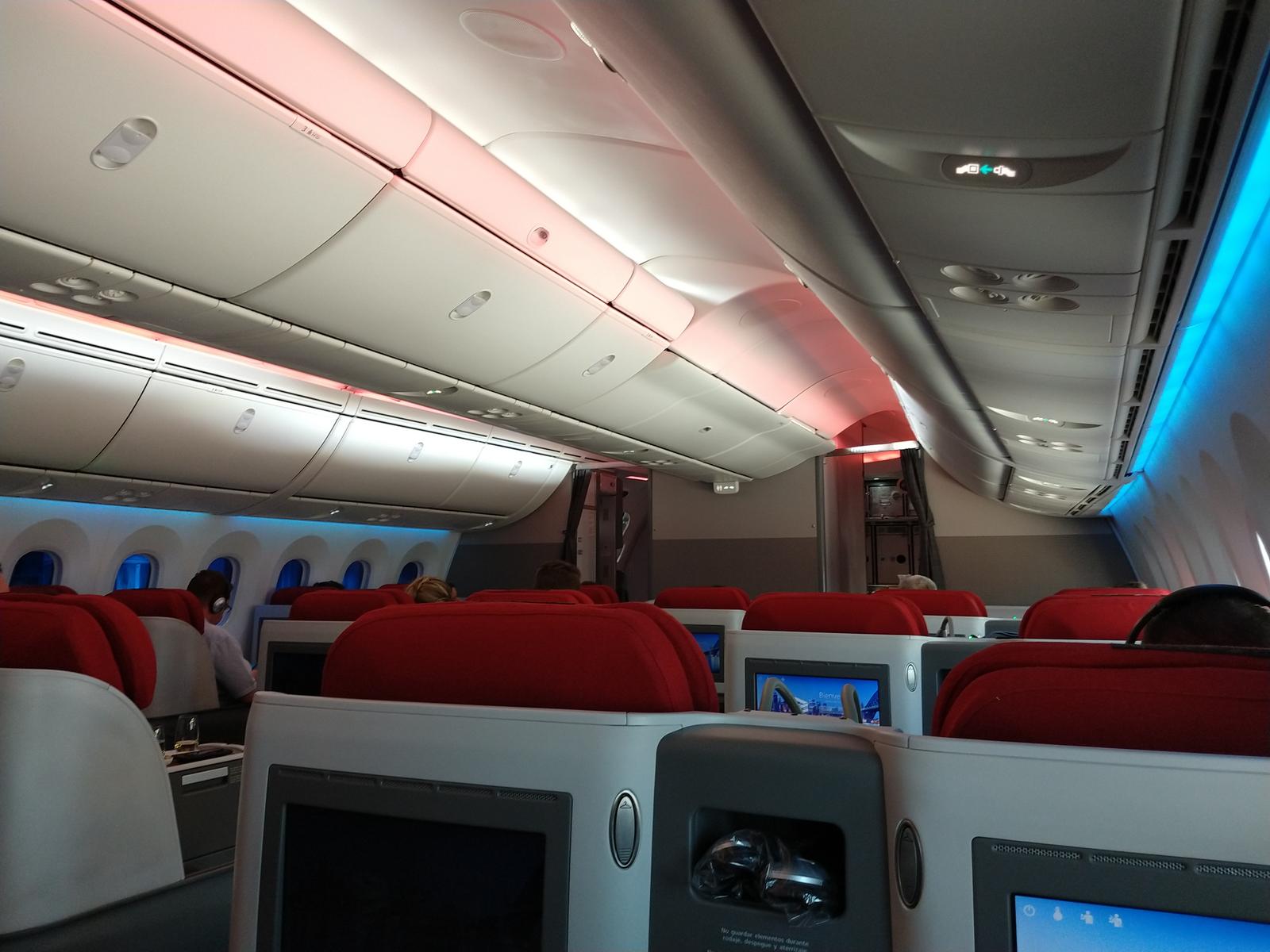 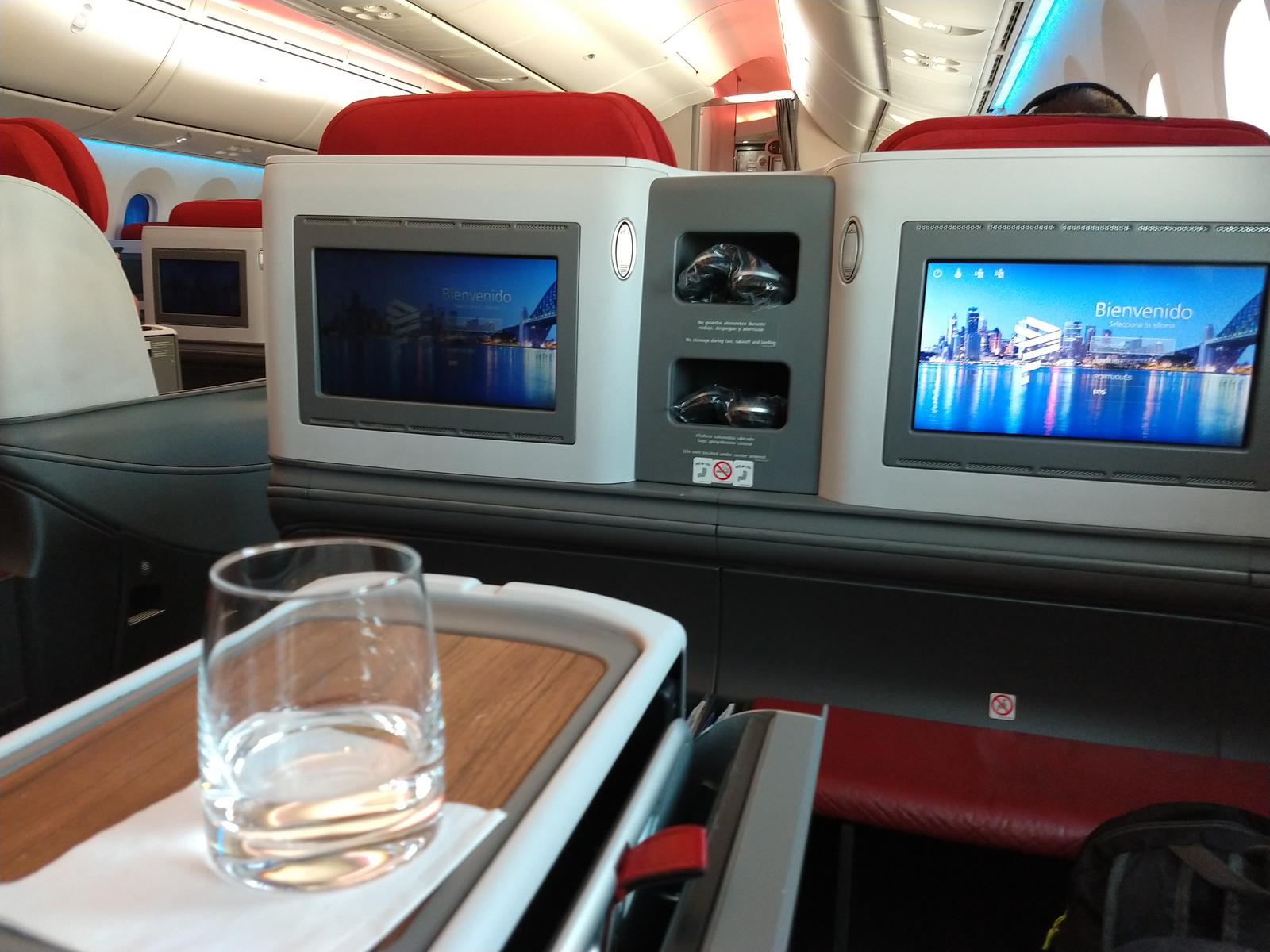 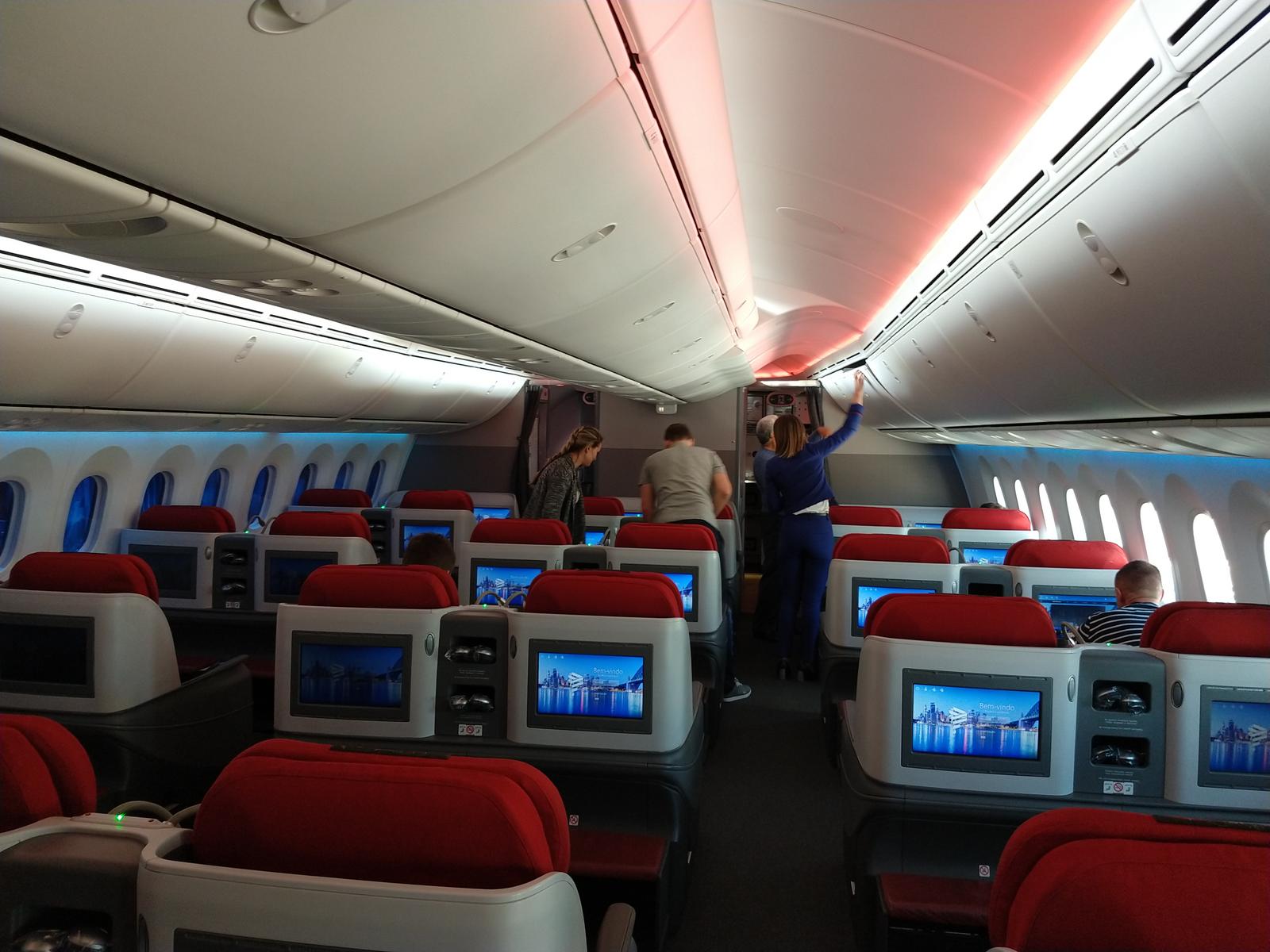 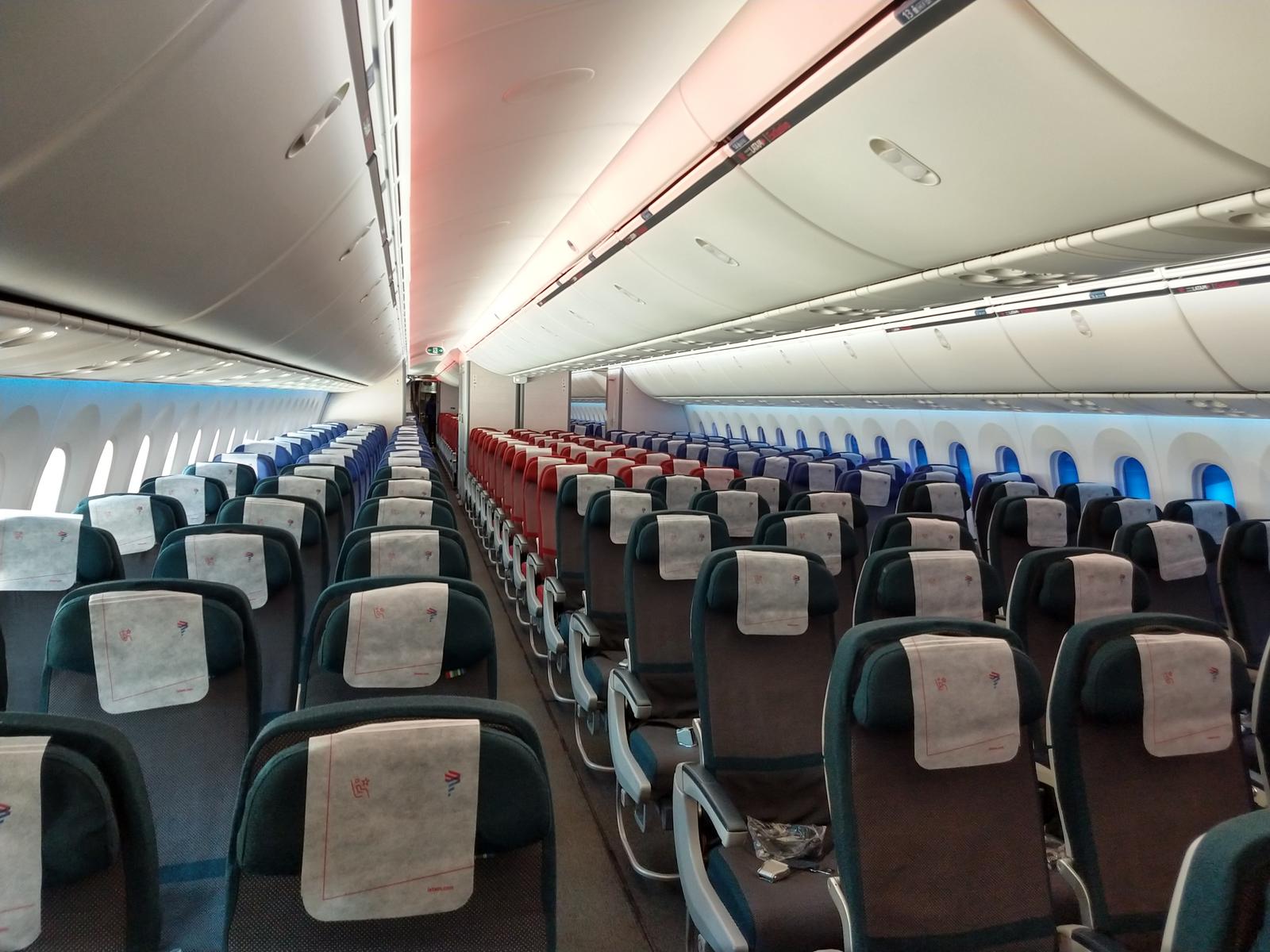 Quite a god deal of traffic on this flight 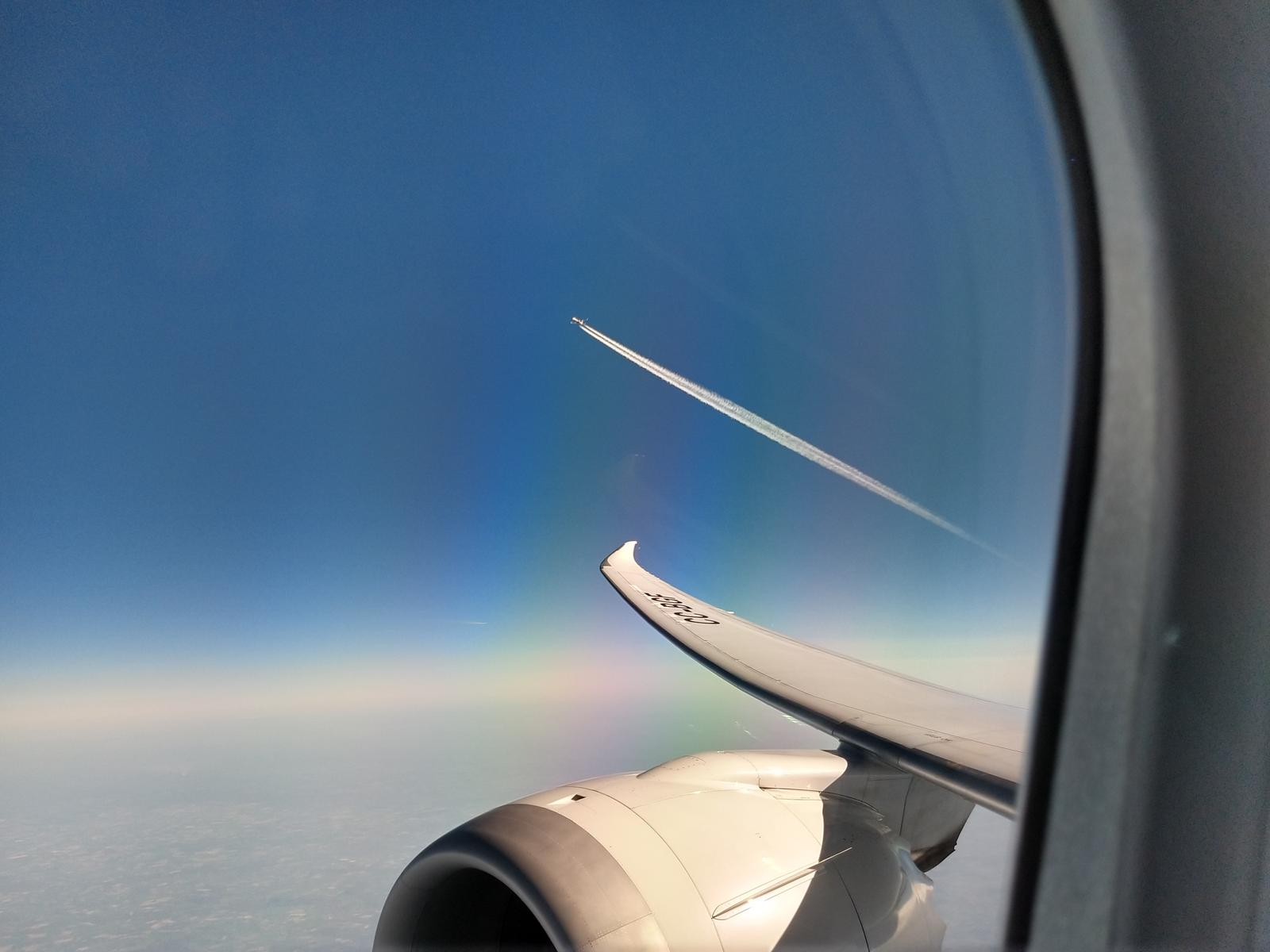 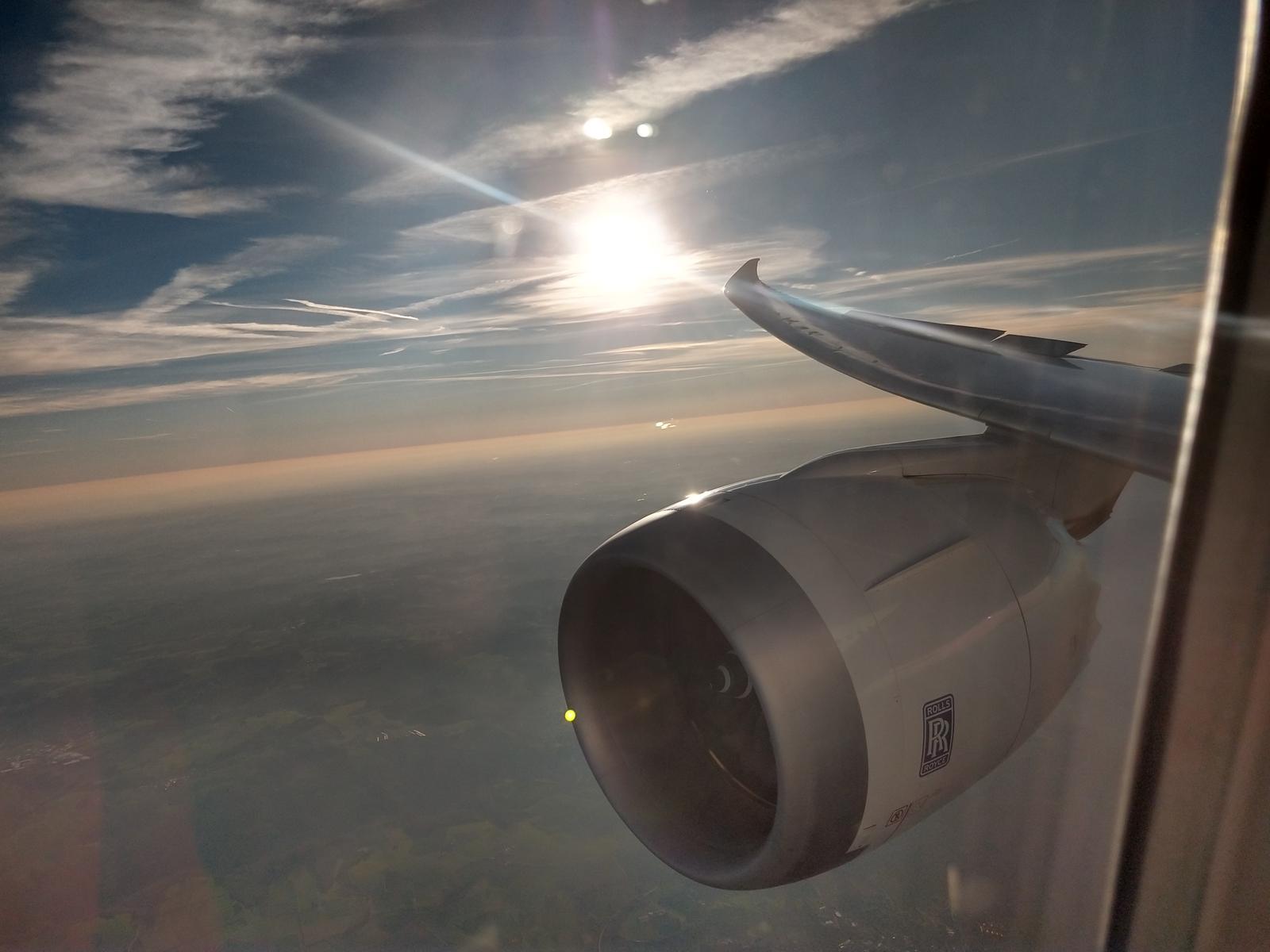 Circling around Laacher See before landing, and passing the Opel factory in Rüsselsheim just before touchdown 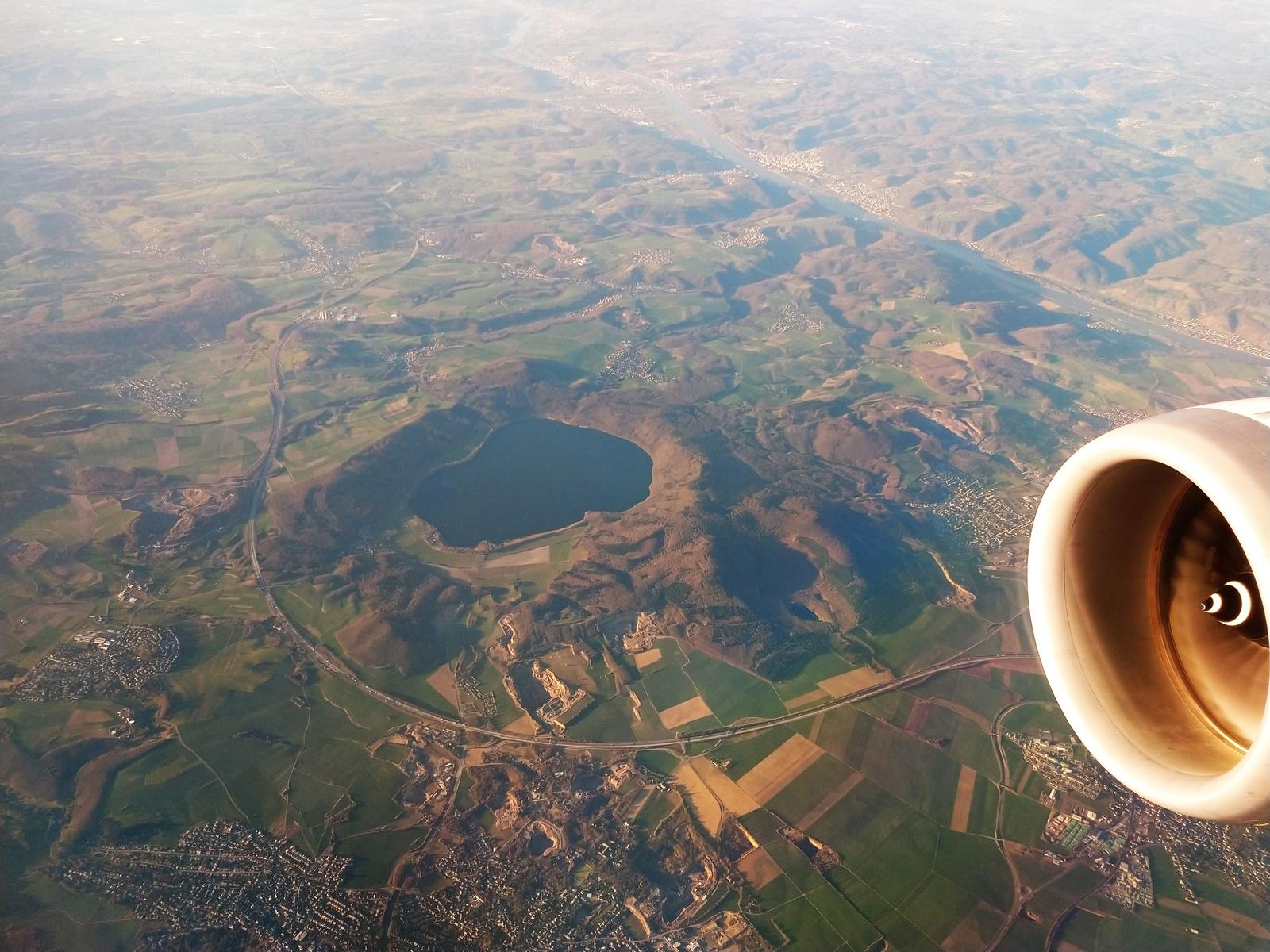 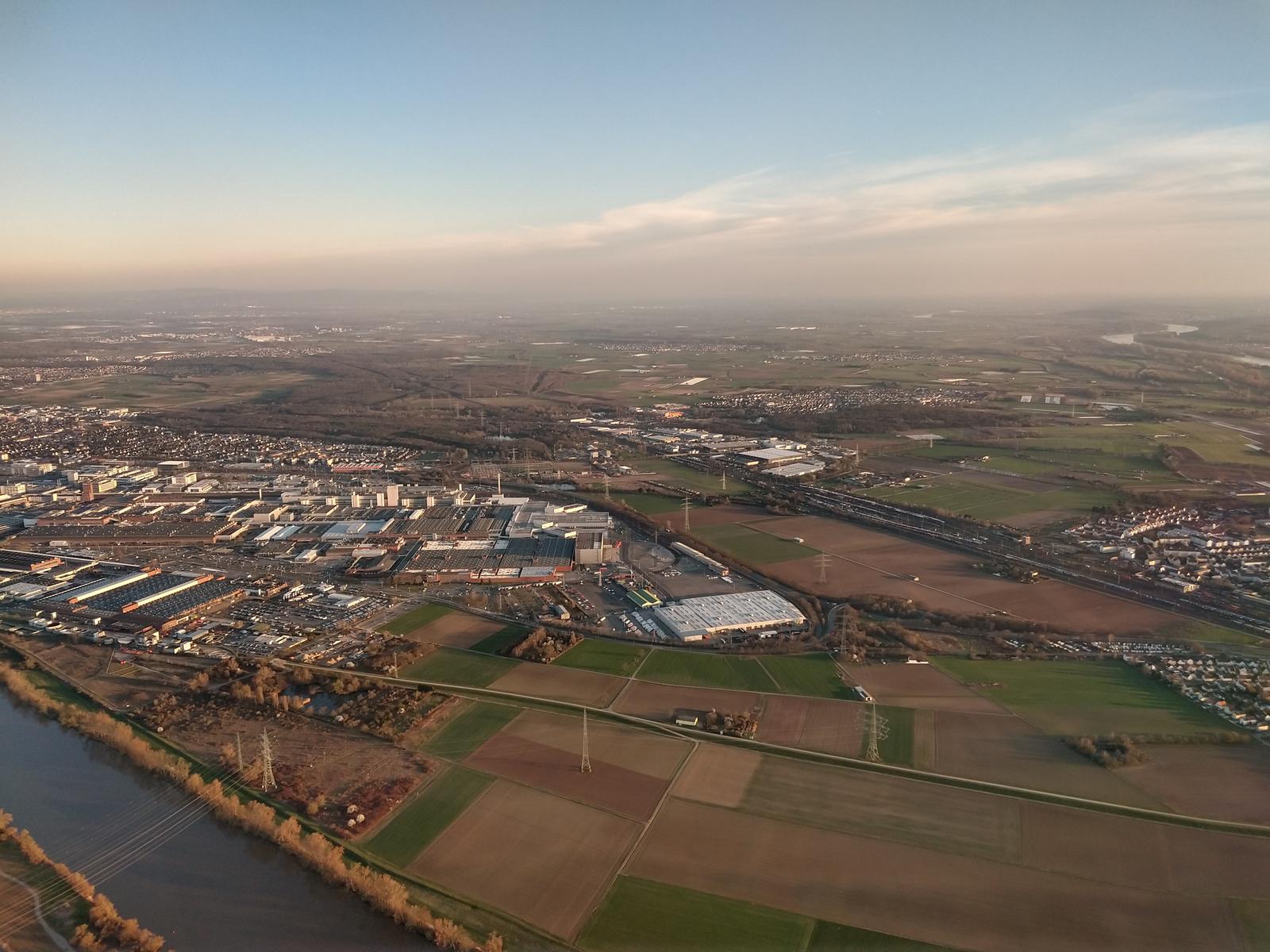 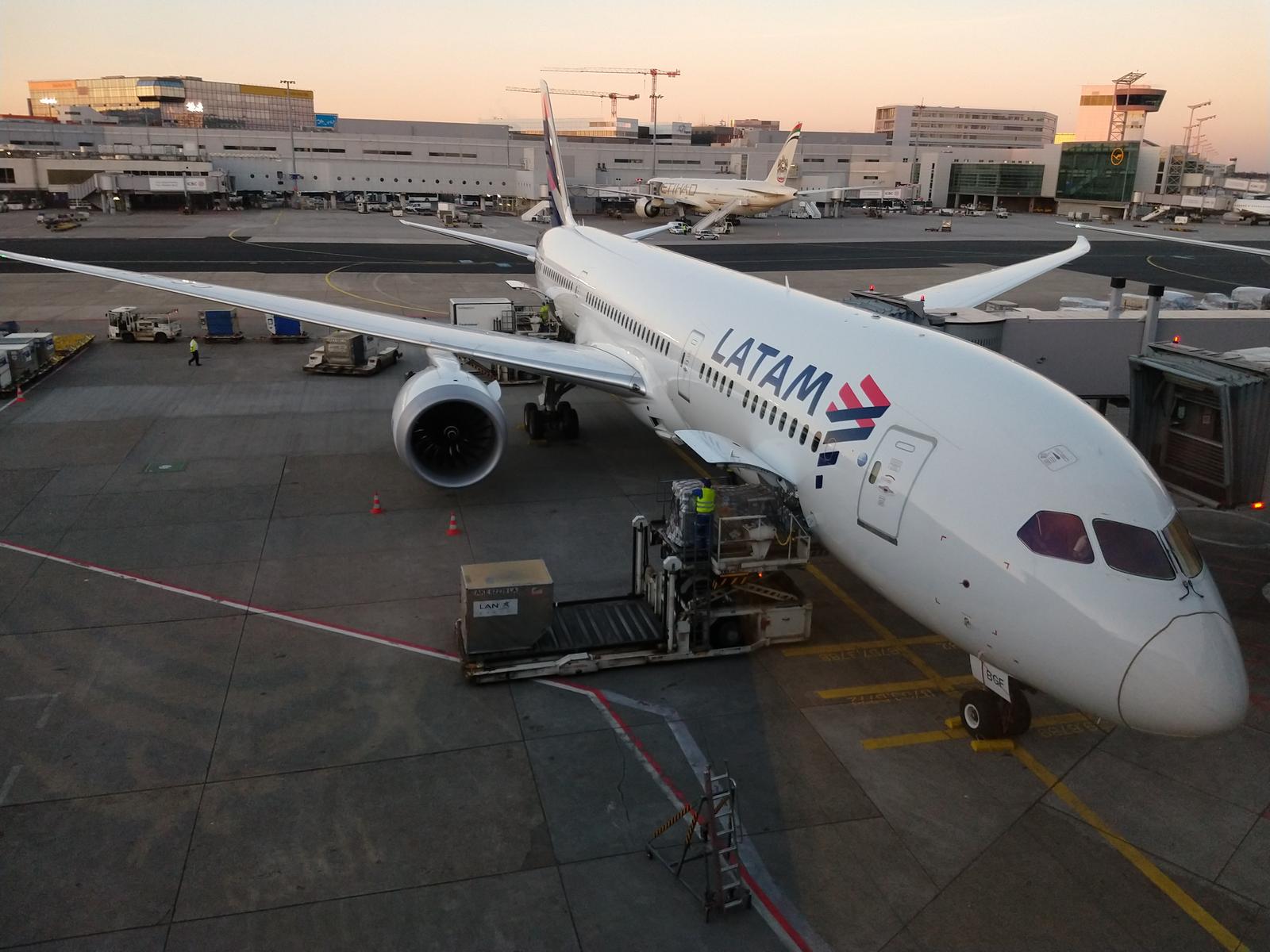 dfu wrote:
Boarding was swift, although I was a bit surprised to see that all passengers from Santiago had to leave the plane in Madrid - is that common practice?

Hmm... I would assume, pax from SCL probably clear immigration into the Schengen-area in MAD, especially when they have full traffic rights on MAD-FRA...

Thanks for the report - I loved to see the interiors of a LATAM 787.
In FRA they obviously switched into Terminal 1...???
Top

what do they offer for food and drink on this flight?
Top

No hot meal... It was more like a bit of salad with some chicken stuff IIRC. Nothing to write home about.
Don't recall the drinks particularly. I think I could have had champagne, but didn't want any.
Top

A more detailed review from another flyer can be found here: viewtopic.php?f=9&t=1412825
Top
Post Reply