Plan B: LHR-DUB-PHL on Aer Lingus | Pics + link to video

Plan B: LHR-DUB-PHL on Aer Lingus | Pics + link to video

In fall 2018, one of my school friends was studying abroad in London for the semester, so I took the opportunity to visit him. My original itinerary was PHL-LHR-PHL on the British Airways 747. I booked the flight through a cheap fare website, Vayama, as a Finnair codeshare for about 1/3 of the price BA wanted for the flight directly on their website. The outbound flight, my first 747 and my first time on British Airways, went largely without a hitch. I was looking forward to the return trip and flying the 747 in the daylight. The day before the trip, a couple hours after I checked in, I got this fateful text: 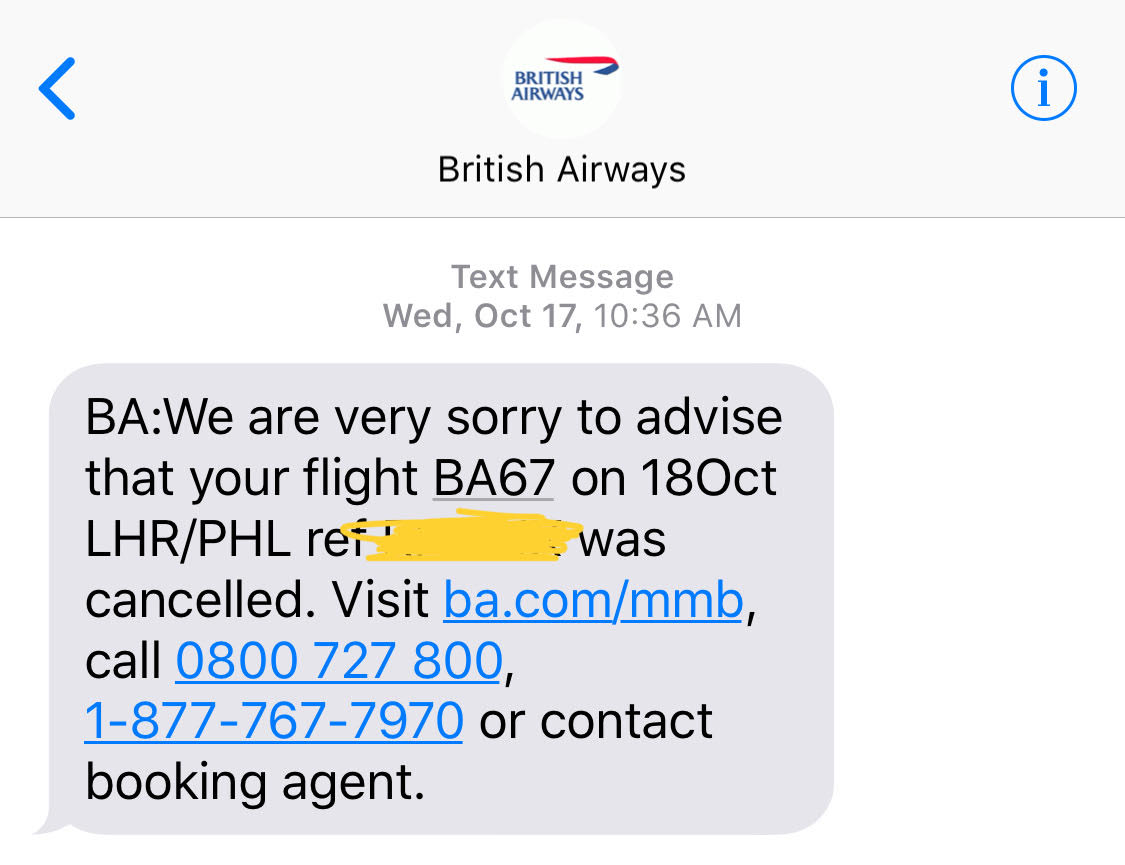 Yup. My flight was cancelled. Time to get on the phone and take care of this. It happens all the time, so it shouldn't be hard to get on another flight, right? Well, it turns out that the more parties involved with your ticket, the more hoops you have to jump through. If you want the long story, it's here: viewtopic.php?f=4&t=1406663&p=20808731&hilit=nightmare#p20808731 . Long story short, neither BA, Finnair, or Vayama thought they should help me out here. I figured I'd sort that out when I got back home, and my focus shifted to finding a flight home. My friend and I got straight to business and the most attractive option was Aer Lingus for about USD $700, which got me into Philly only 20 minutes after the BA flight would have. There was also a cheaper option on WOW Air but that would have required an overnight in Reykjavik. Plus, I figured I'd have another chance to fly WOW. Hindsight... Anyway, I booked the flight and selected my seats. Even though the flight left in about 18 hours, there were plenty of seats available.

Morning of the flight. My flight from LHR-DUB left at 9:50am, so I figured I'd catch the first Heathrow Express train back to LHR. I had bought a R/T ticket when I landed three days earlier. I arrived at an already busy train terminal around 5 in the morning. 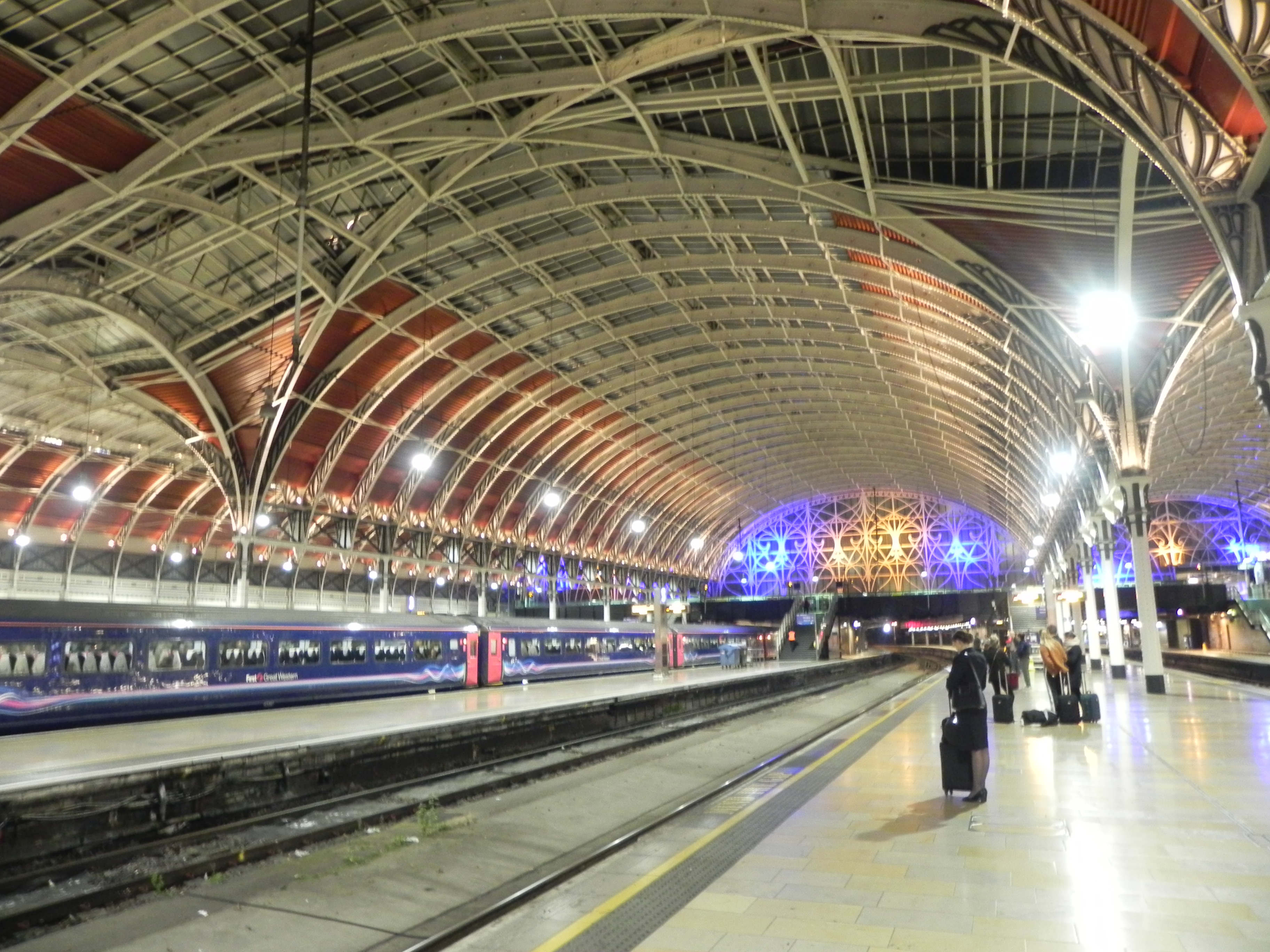 It was a short and sweet ride on the train and I got to the check-in desk around 5:45. Check-in for the EI flights opened three hours before, so 6:50am. I was offered a spot on an earlier flight (LHR-DUB flights are almost hourly) but I decided my connection was long enough (2h 25m) so I declined.
An hour passed and I checked my bag and cleared security without a hitch. T2, home to Star Alliance airlines, is the newest terminal at LHR and it showed. It was very clean on the inside with lots of light, shopping, and restaurants. I had a nice breakfast at La Salle restaurant: 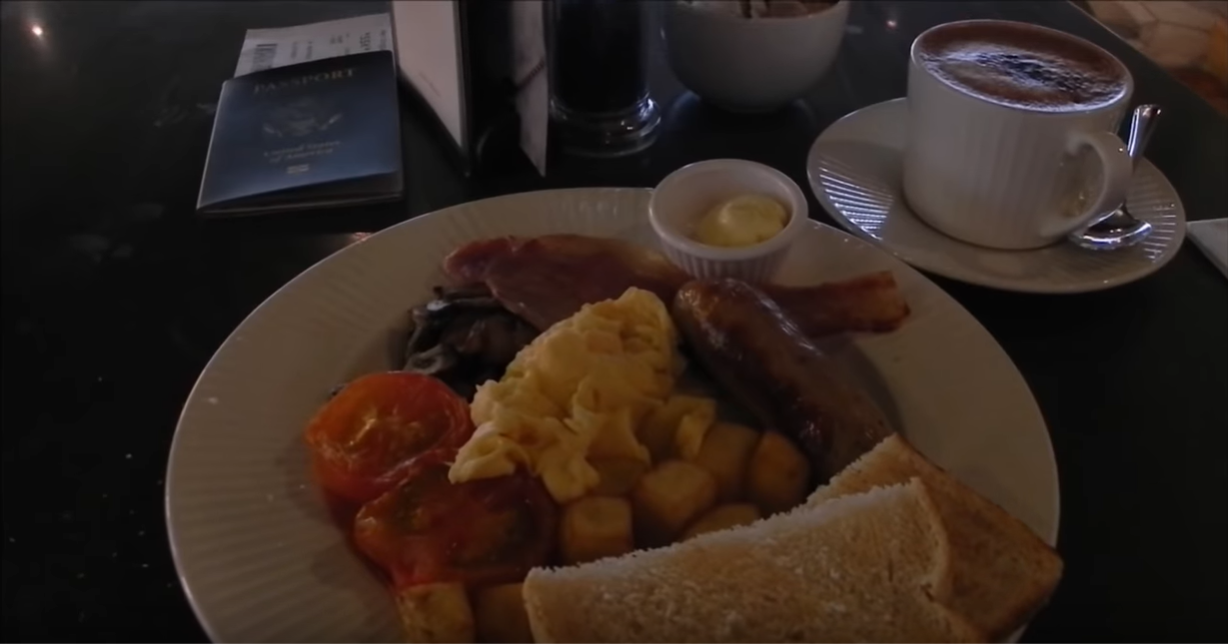 But of course, I'm glued to the window. There's a lot more than just Southwest at LHR.
First A220 I've ever seen, a couple of special liveries, and a NEO: 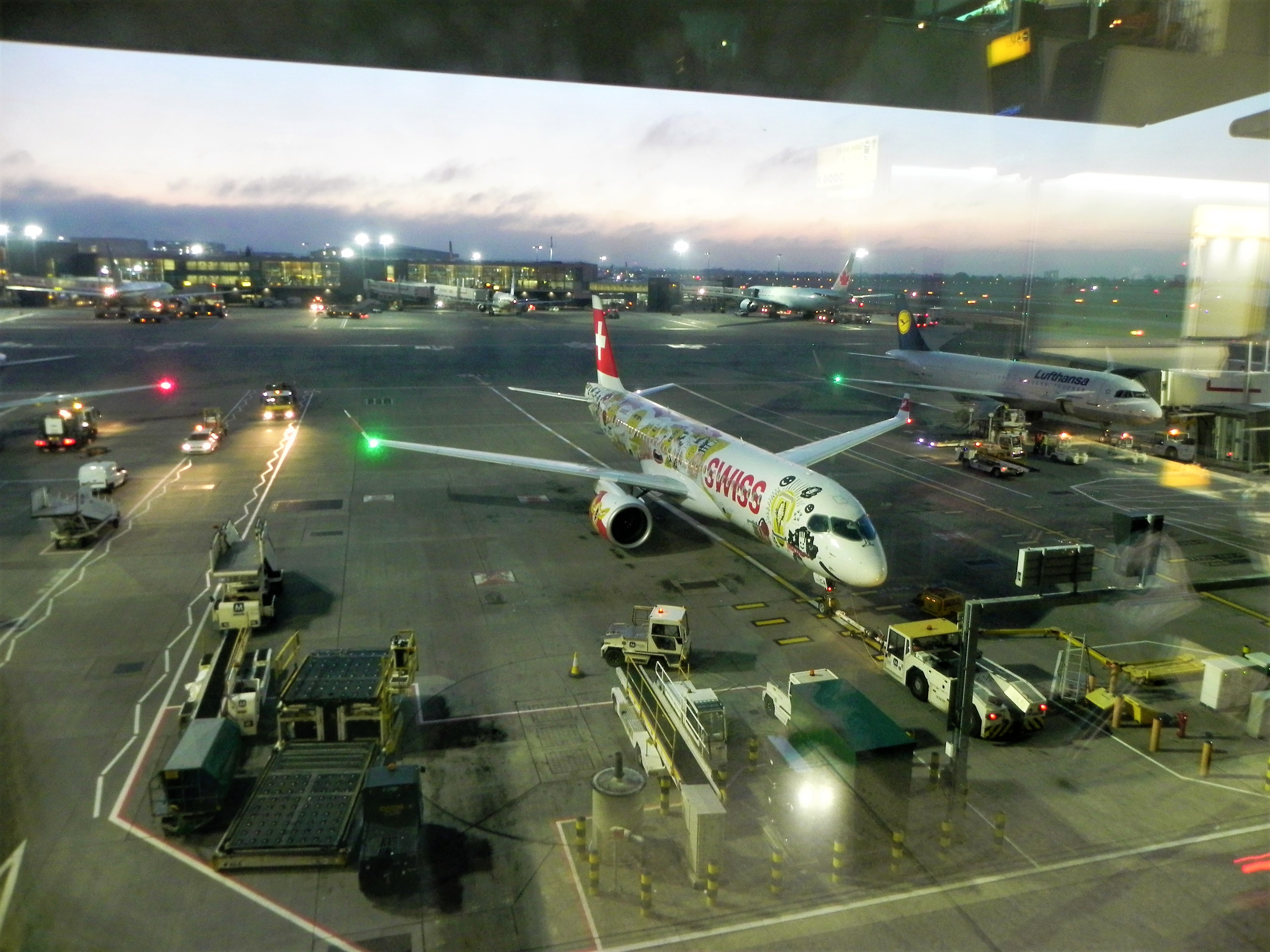 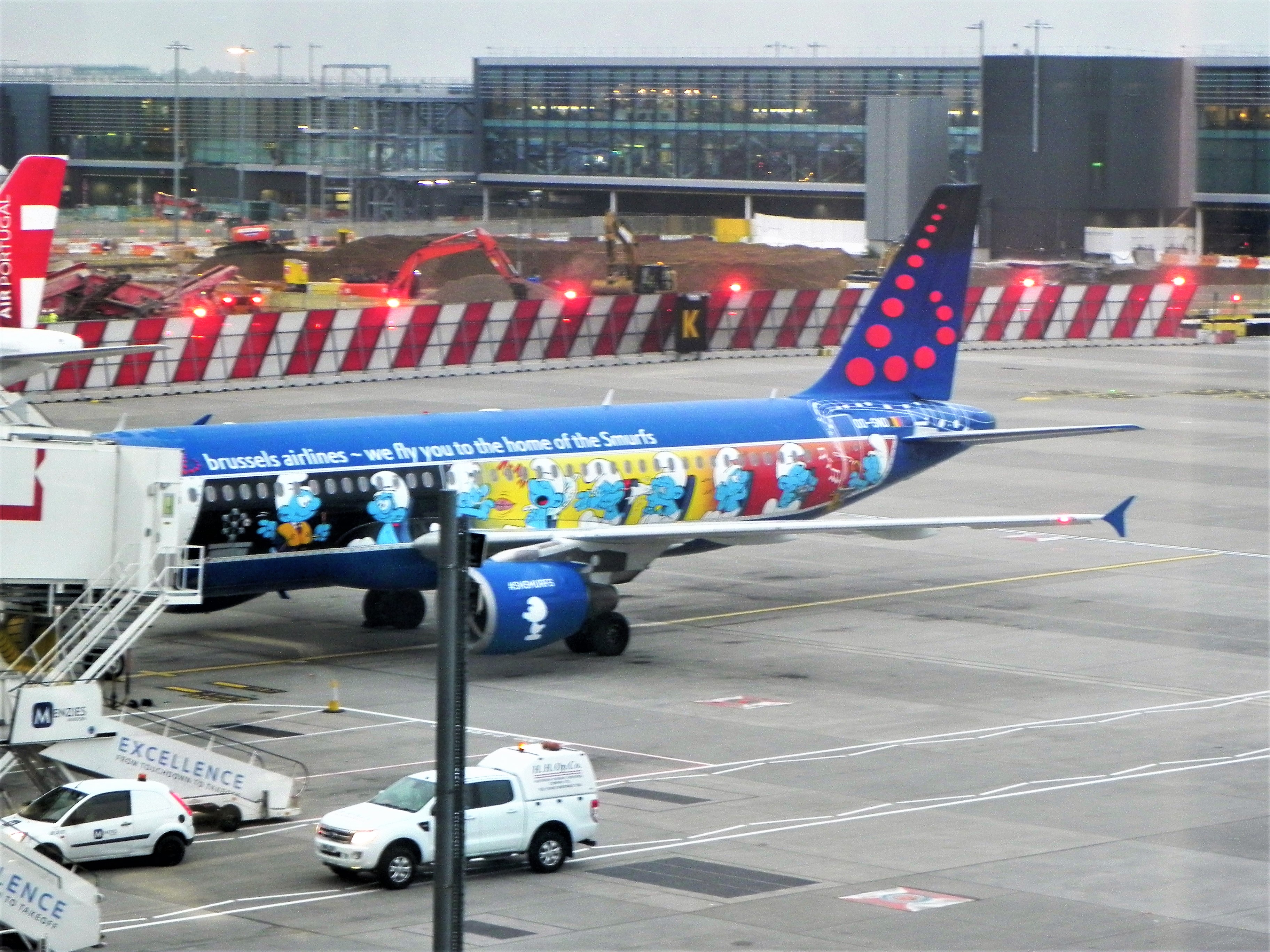 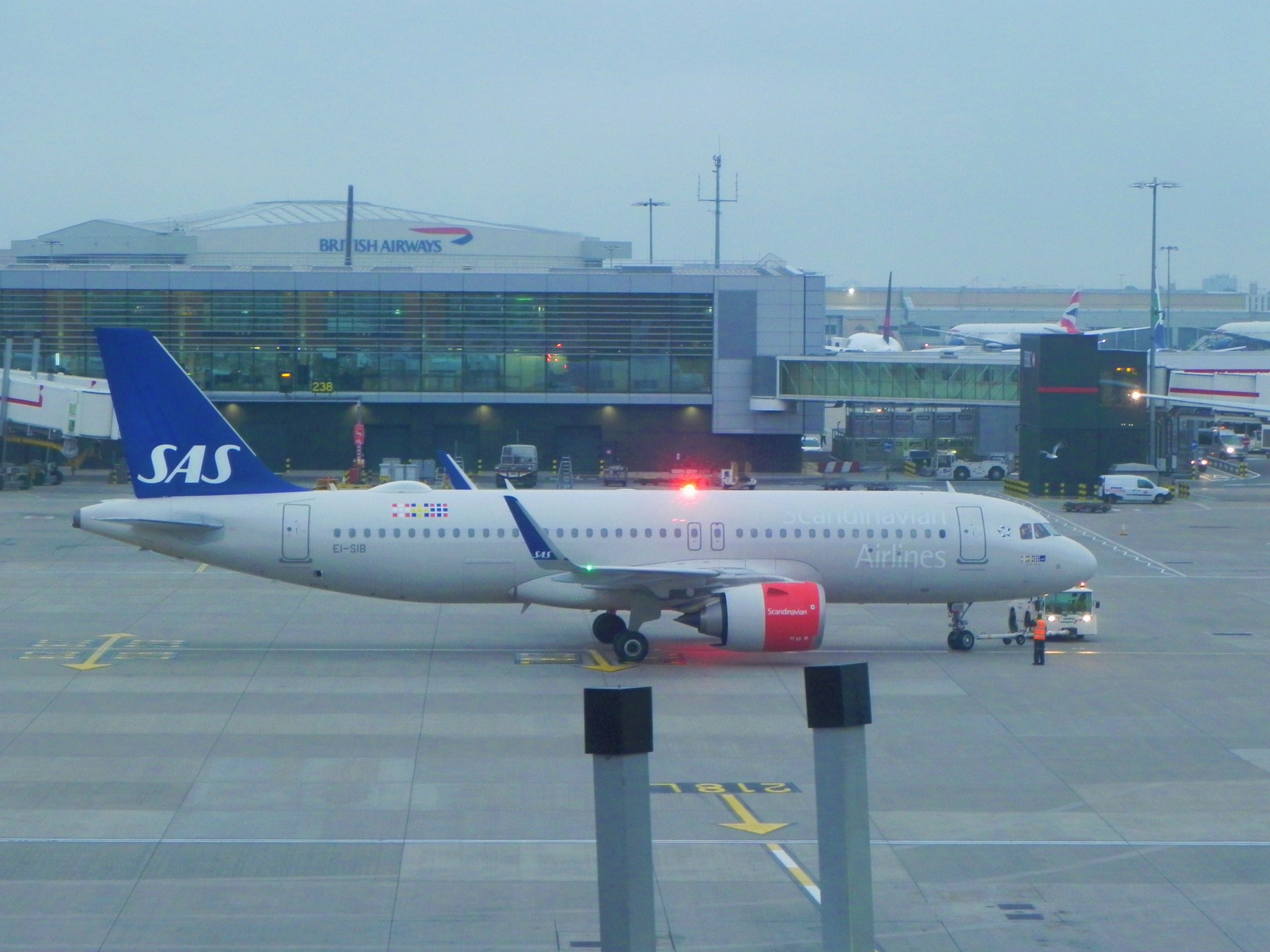 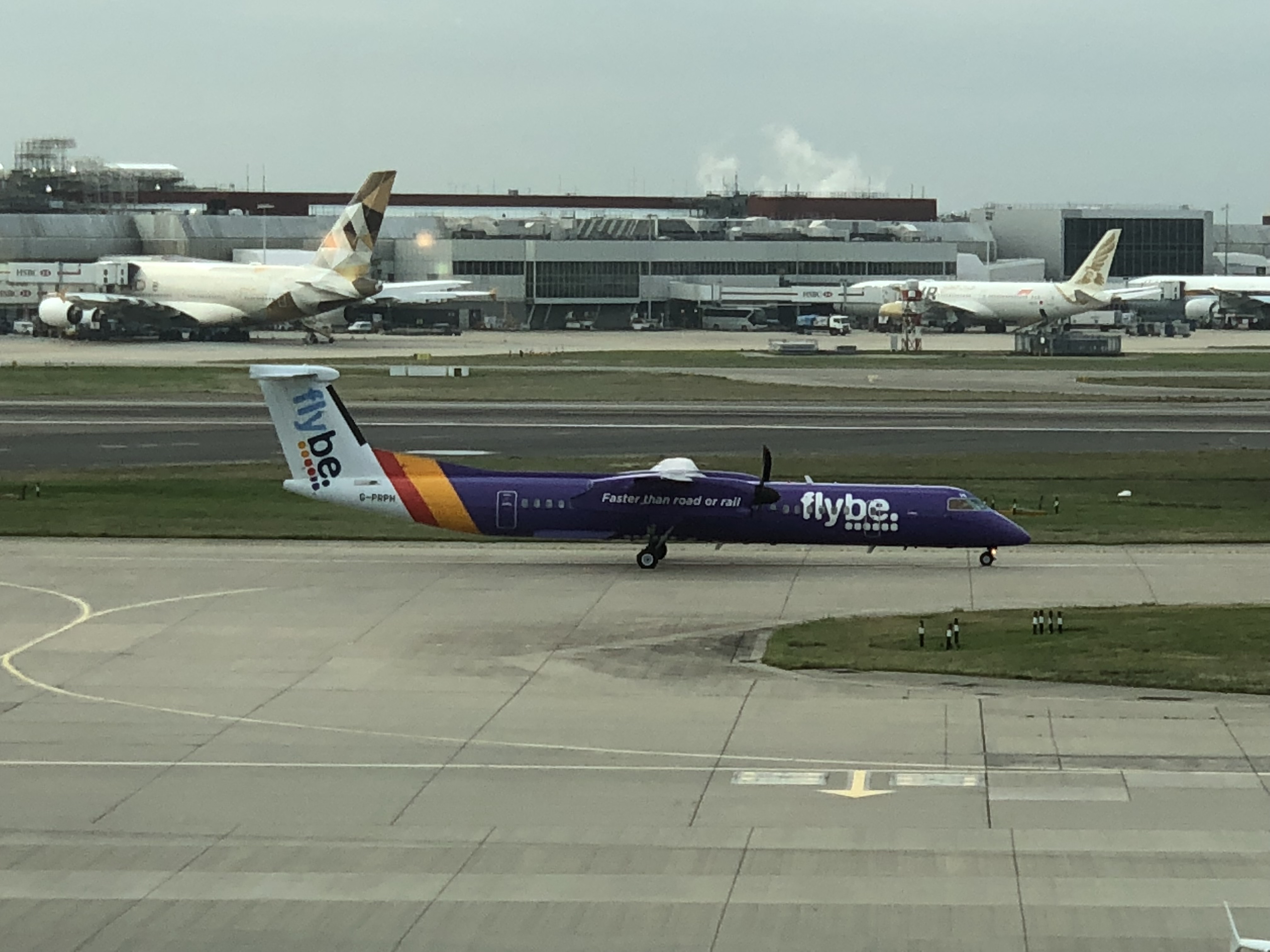 Not my plane, but pretty much identical. This is coming from Cork: 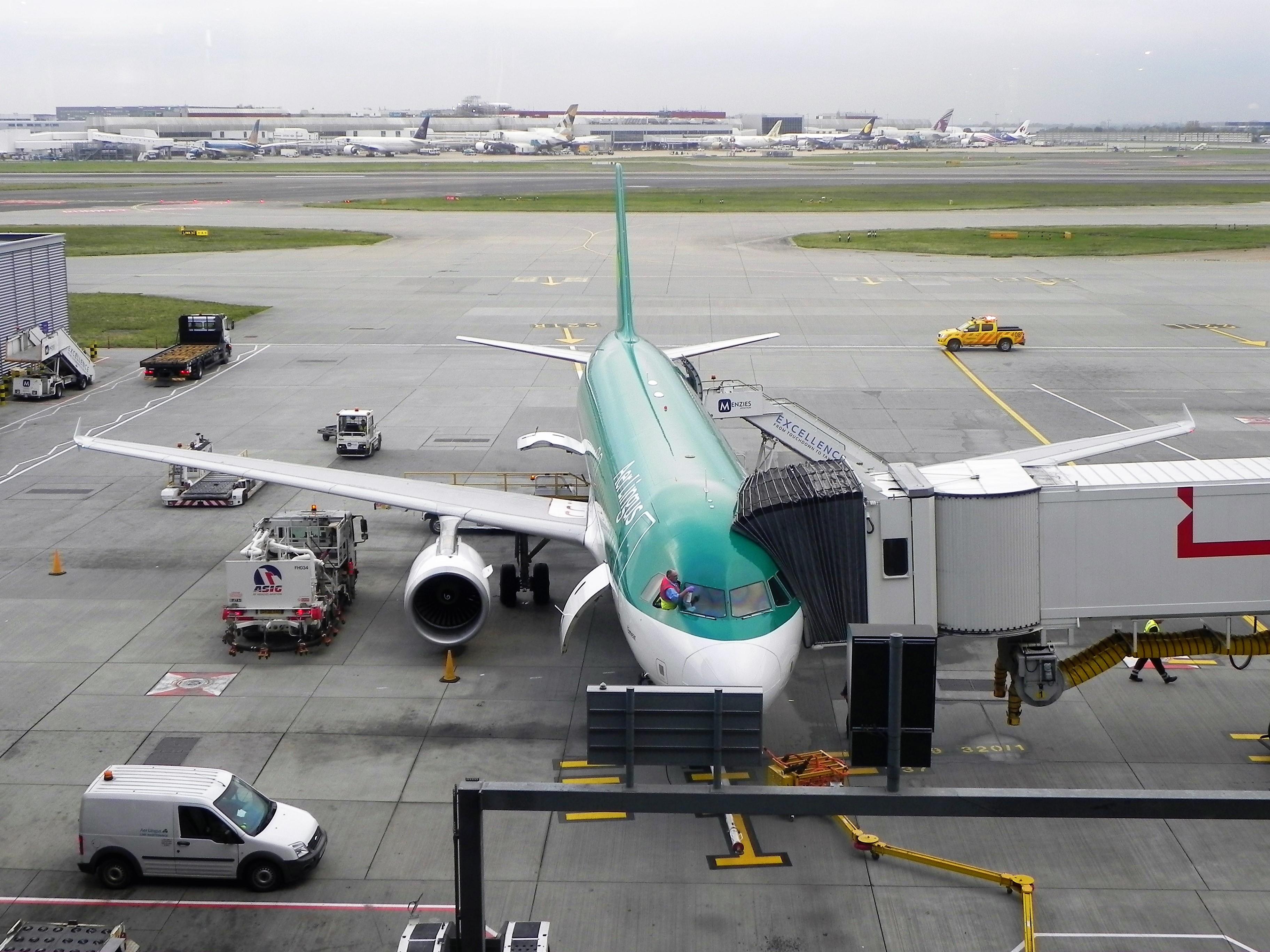 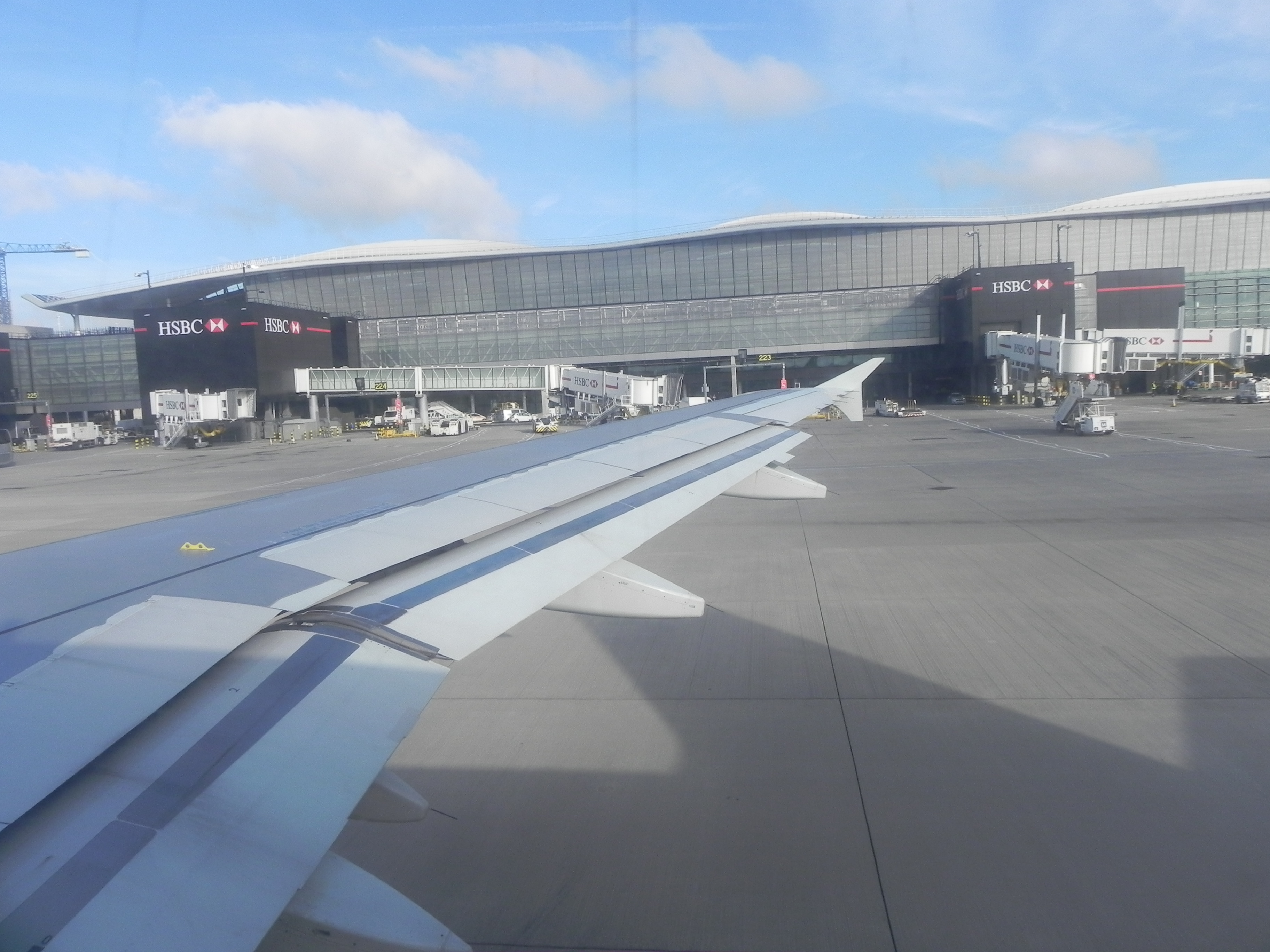 A 737-8 loading for YHZ. Aviation is simply better when these are in the sky. 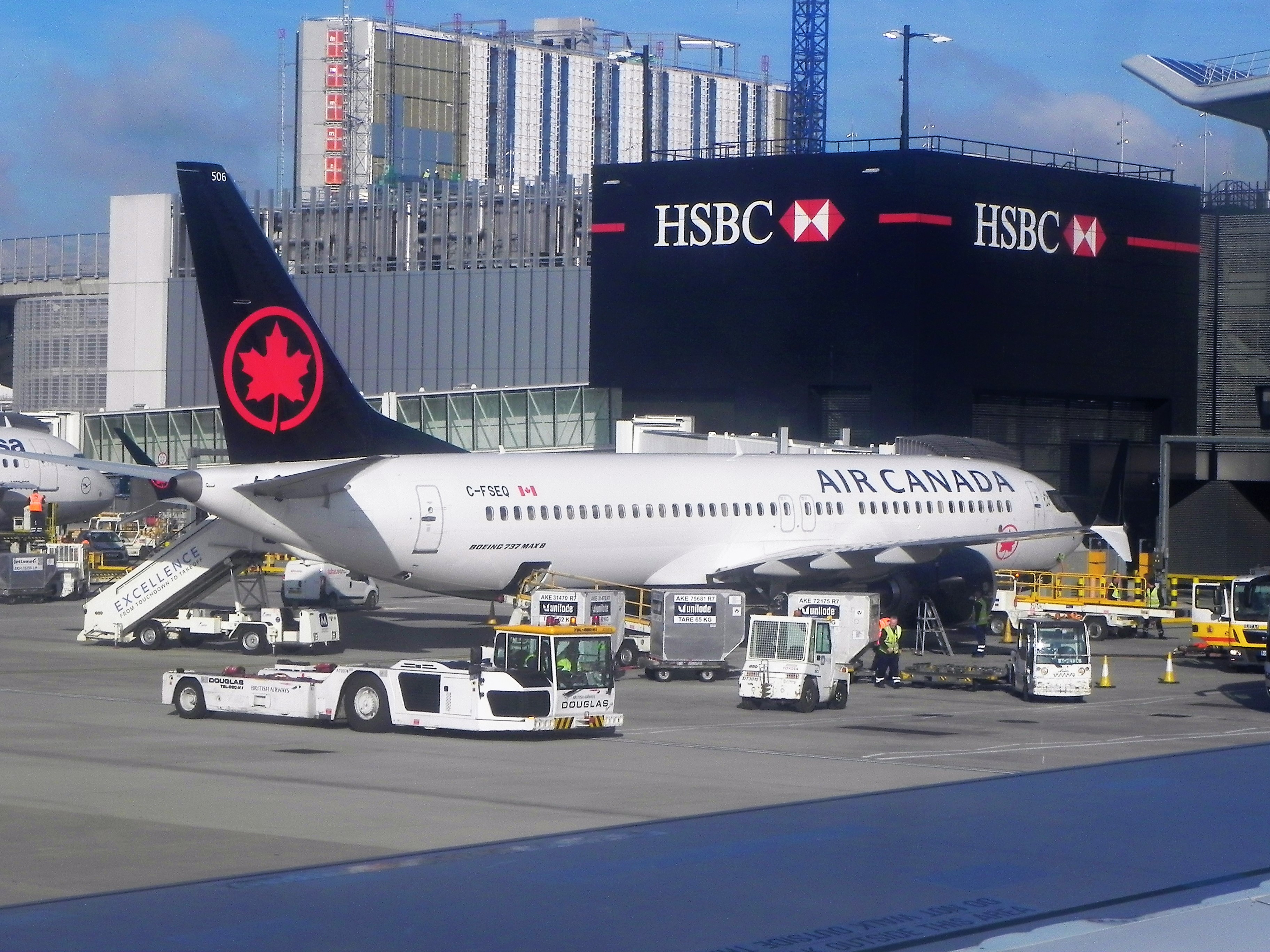 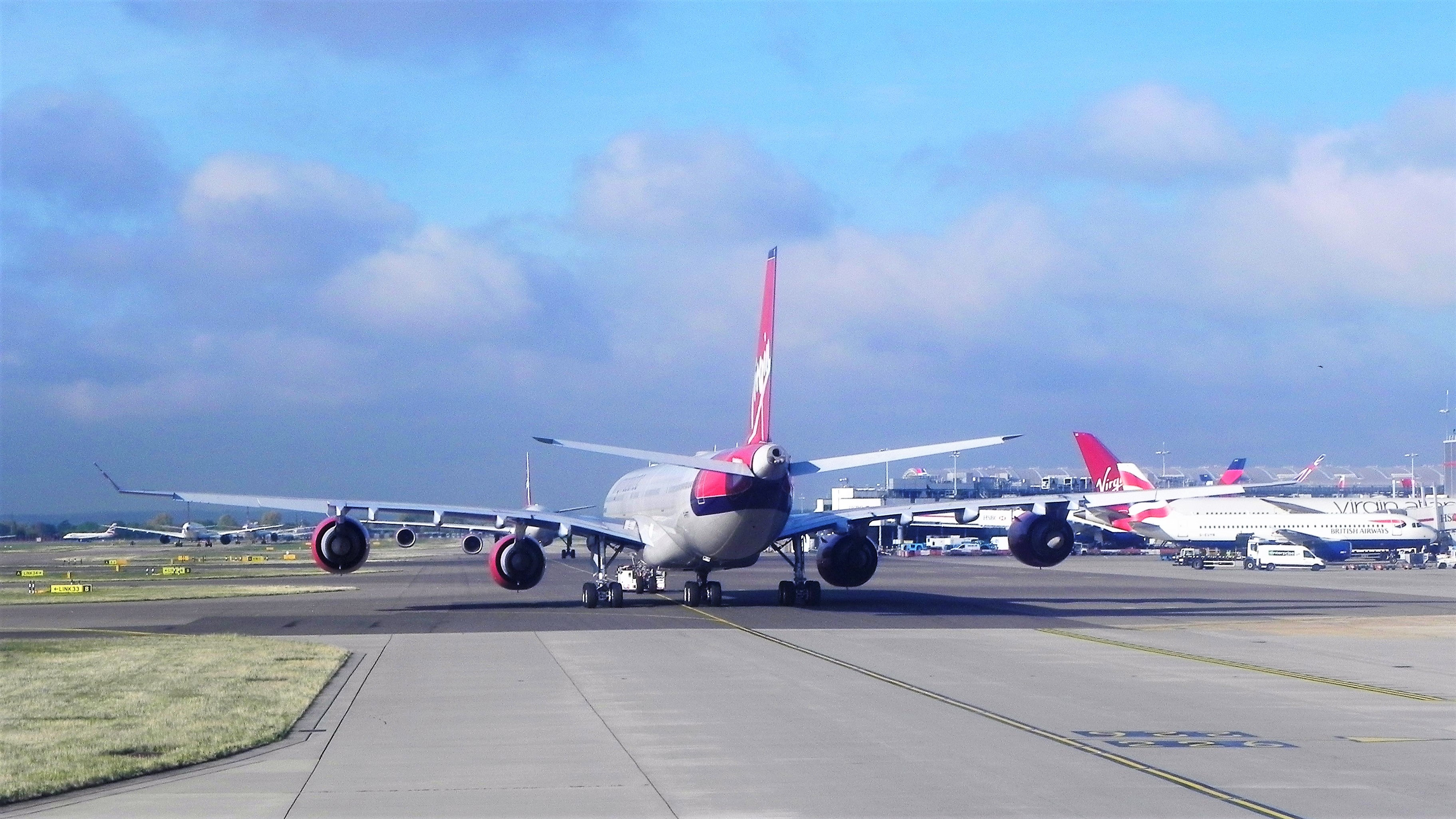 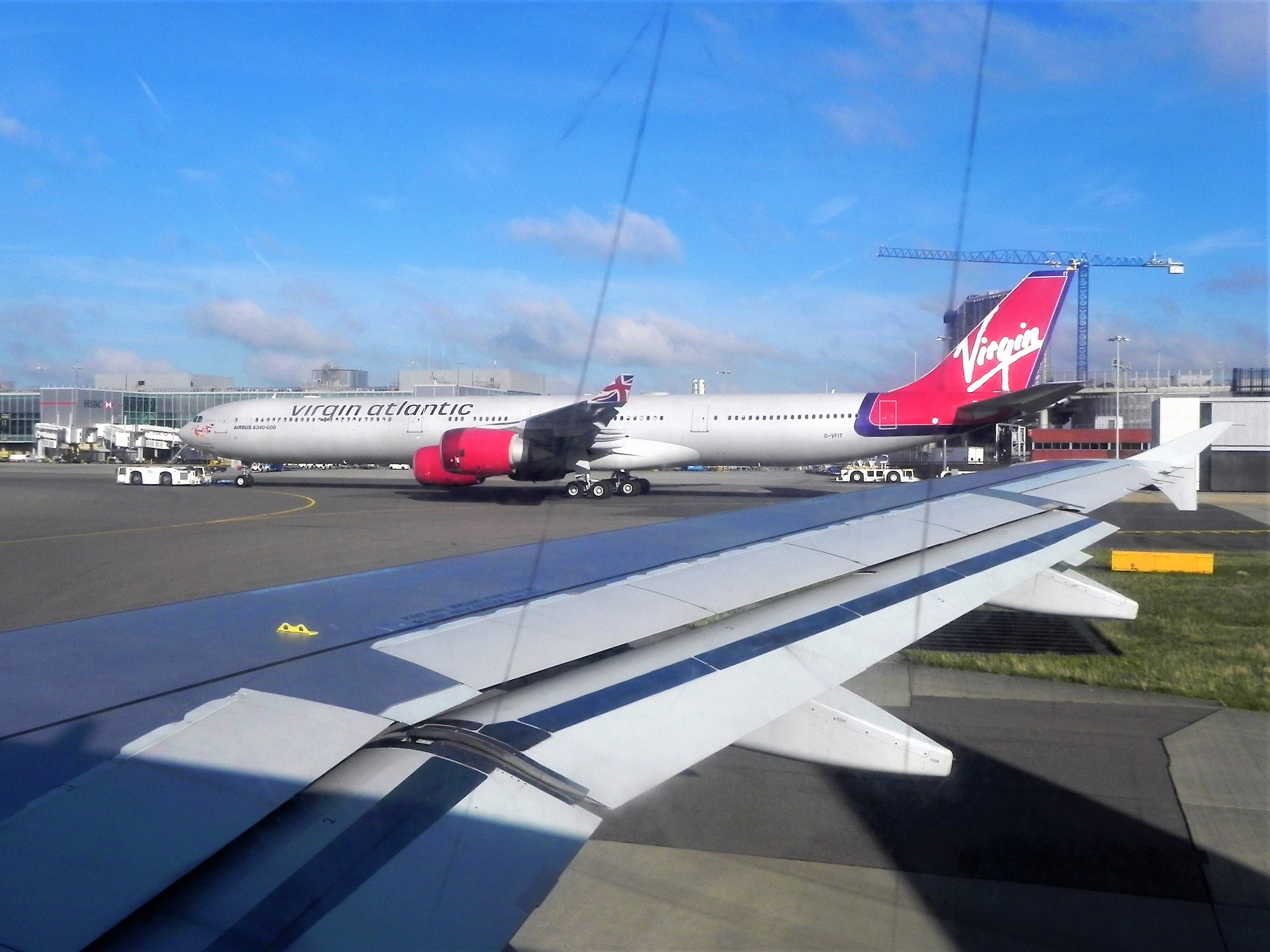 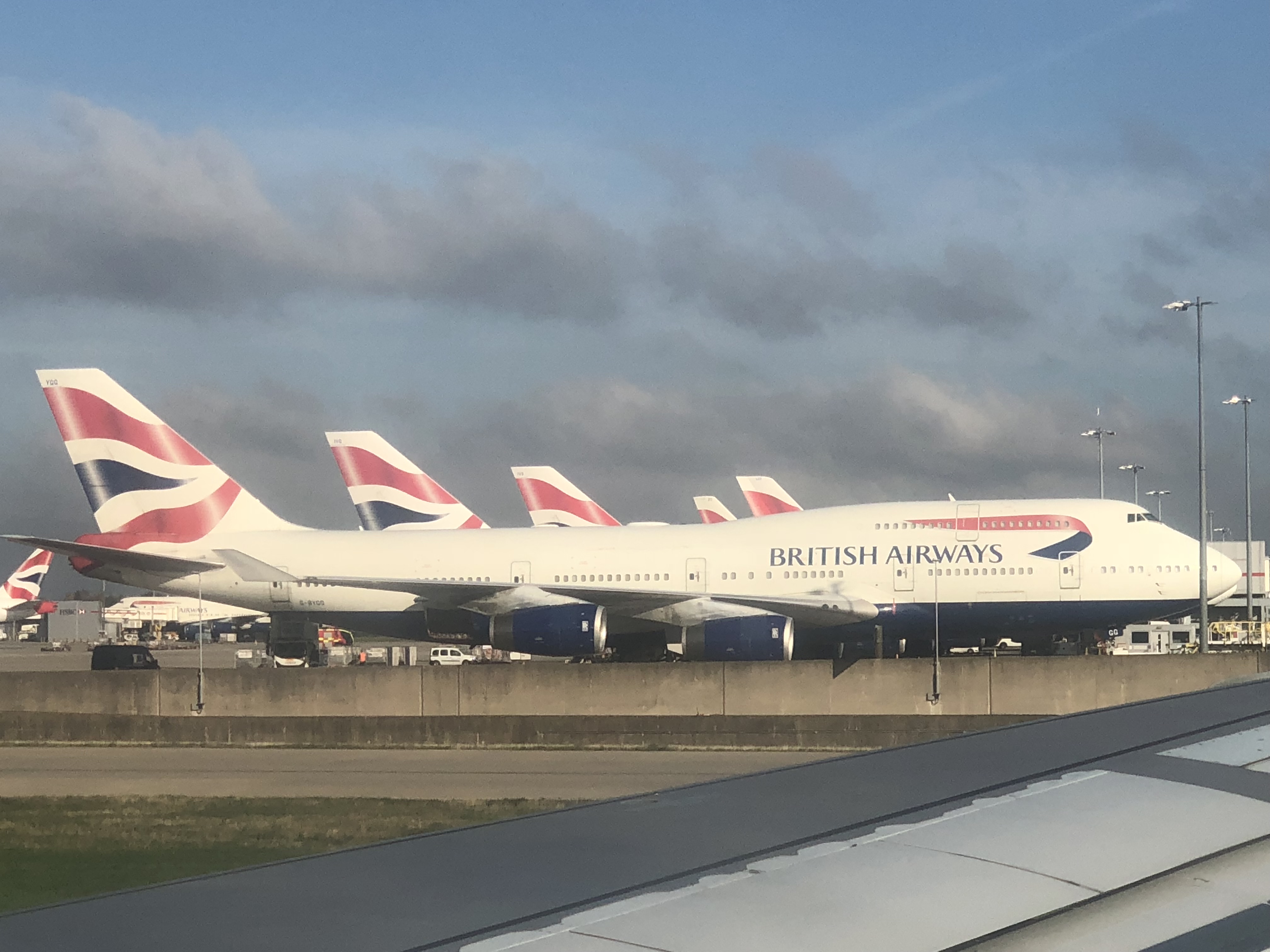 A short 52 minutes over to DUB 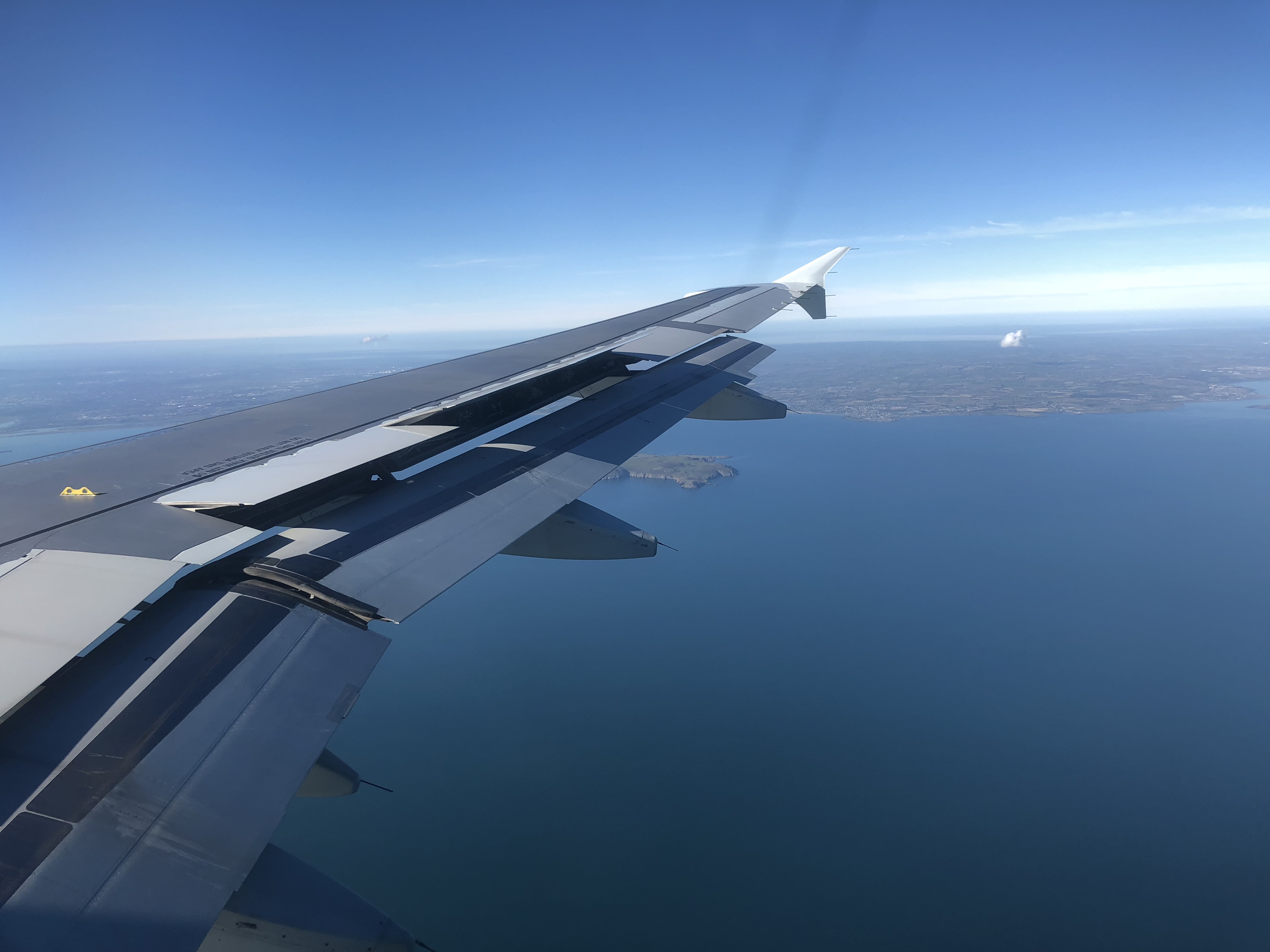 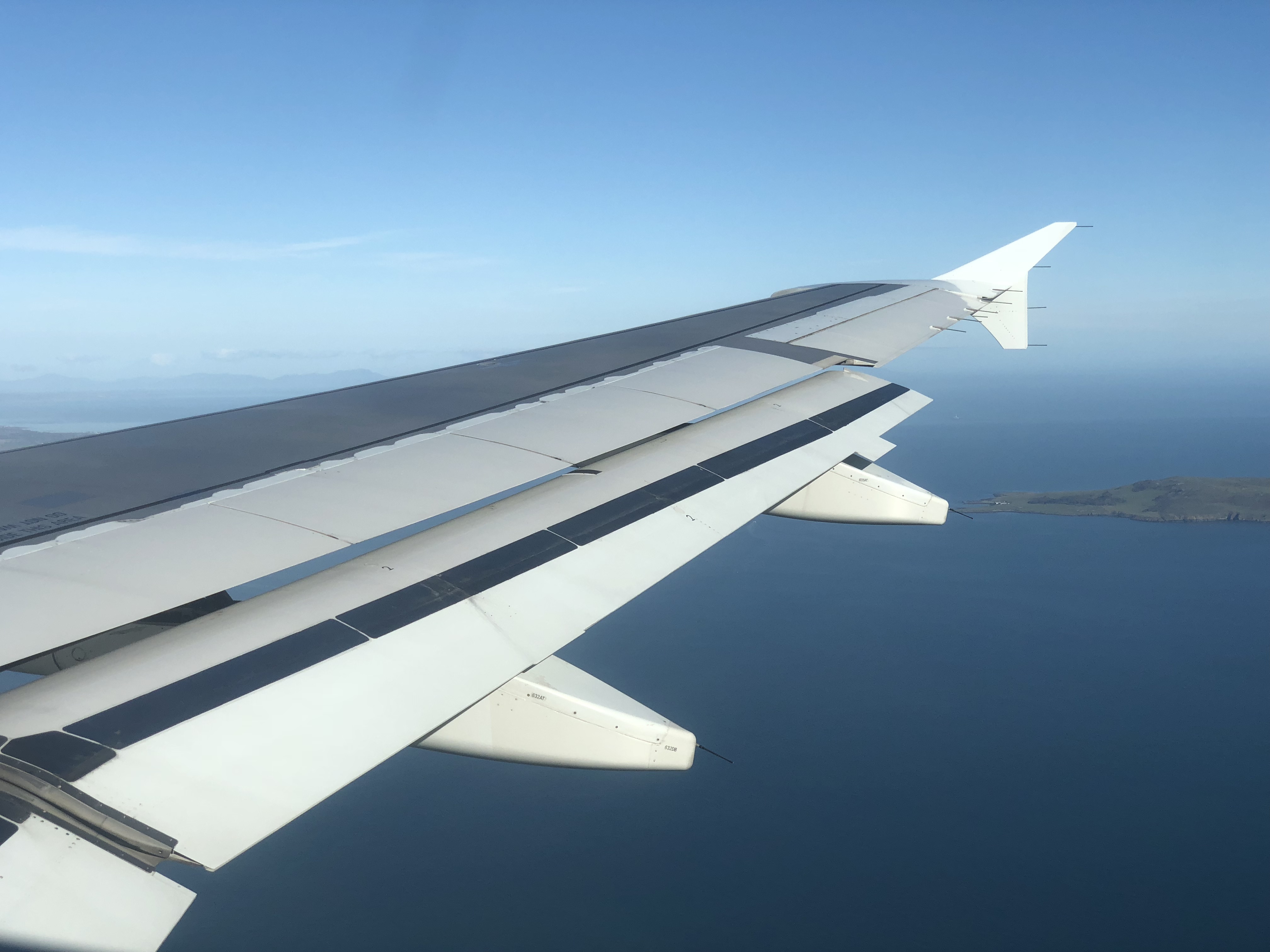 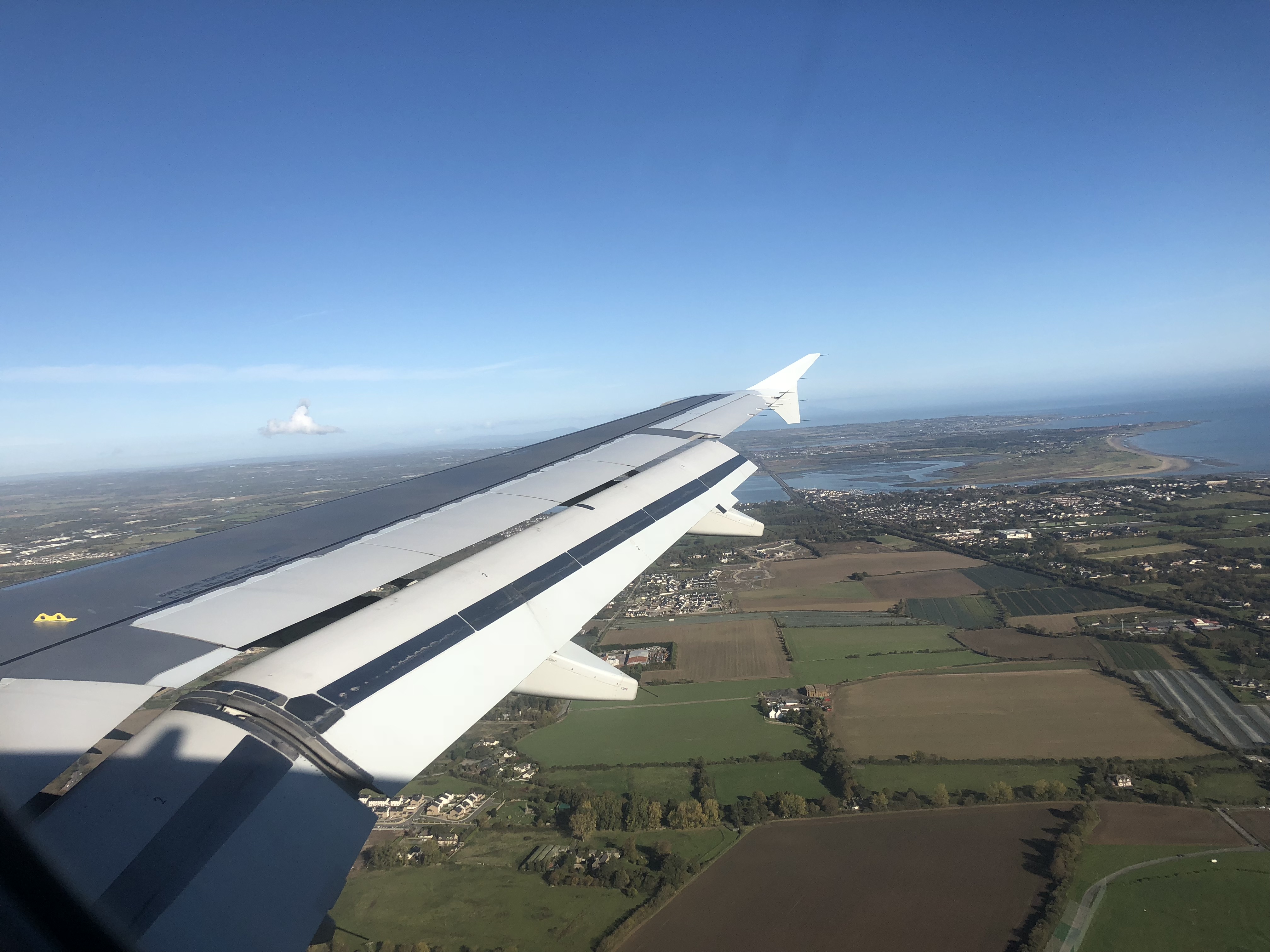 We parked at a remote stand so I deboarded by stairs for the first time since becoming an Avgeek. 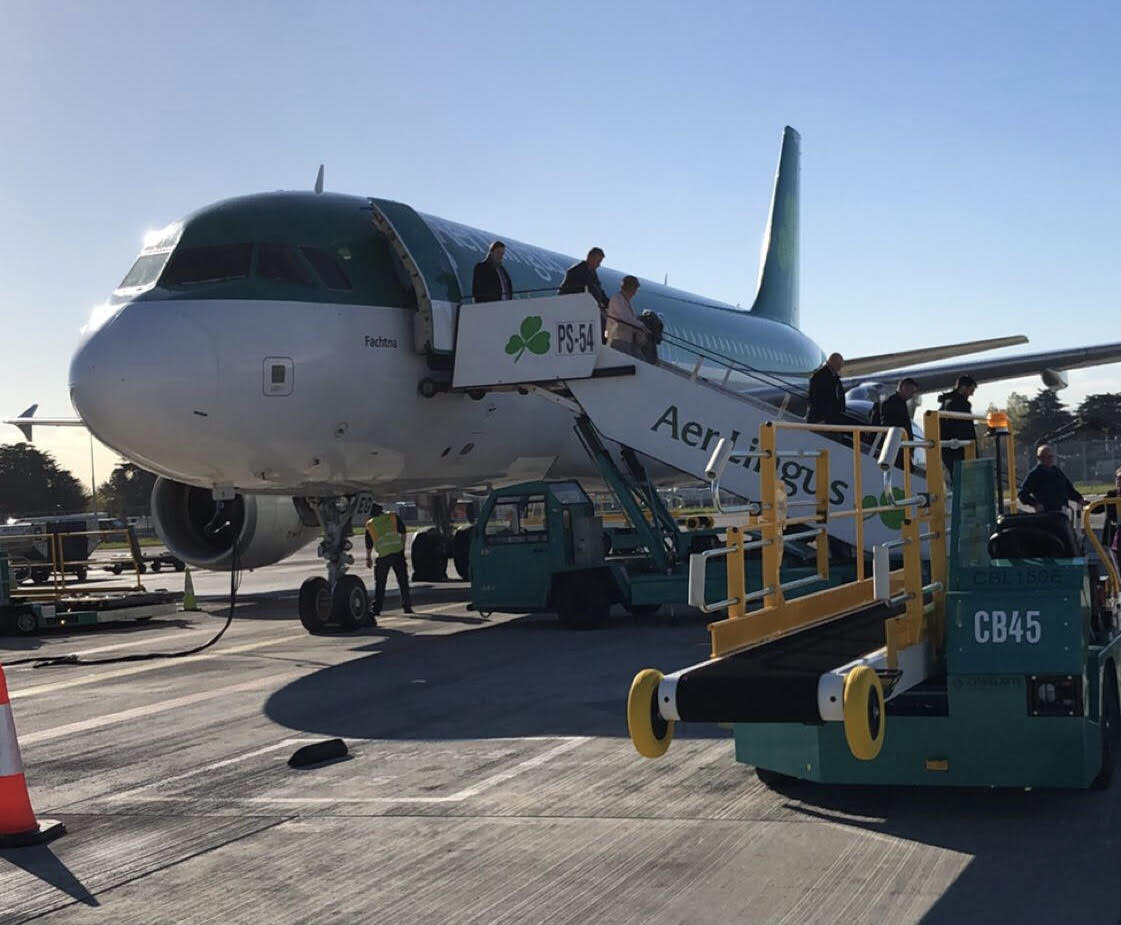 Seamless US Preclearance at DUB, then we were shuffled into a rather bland terminal before boarding our flight back to PHL. I charged my phone and laptop and before I knew it, it was time to board. 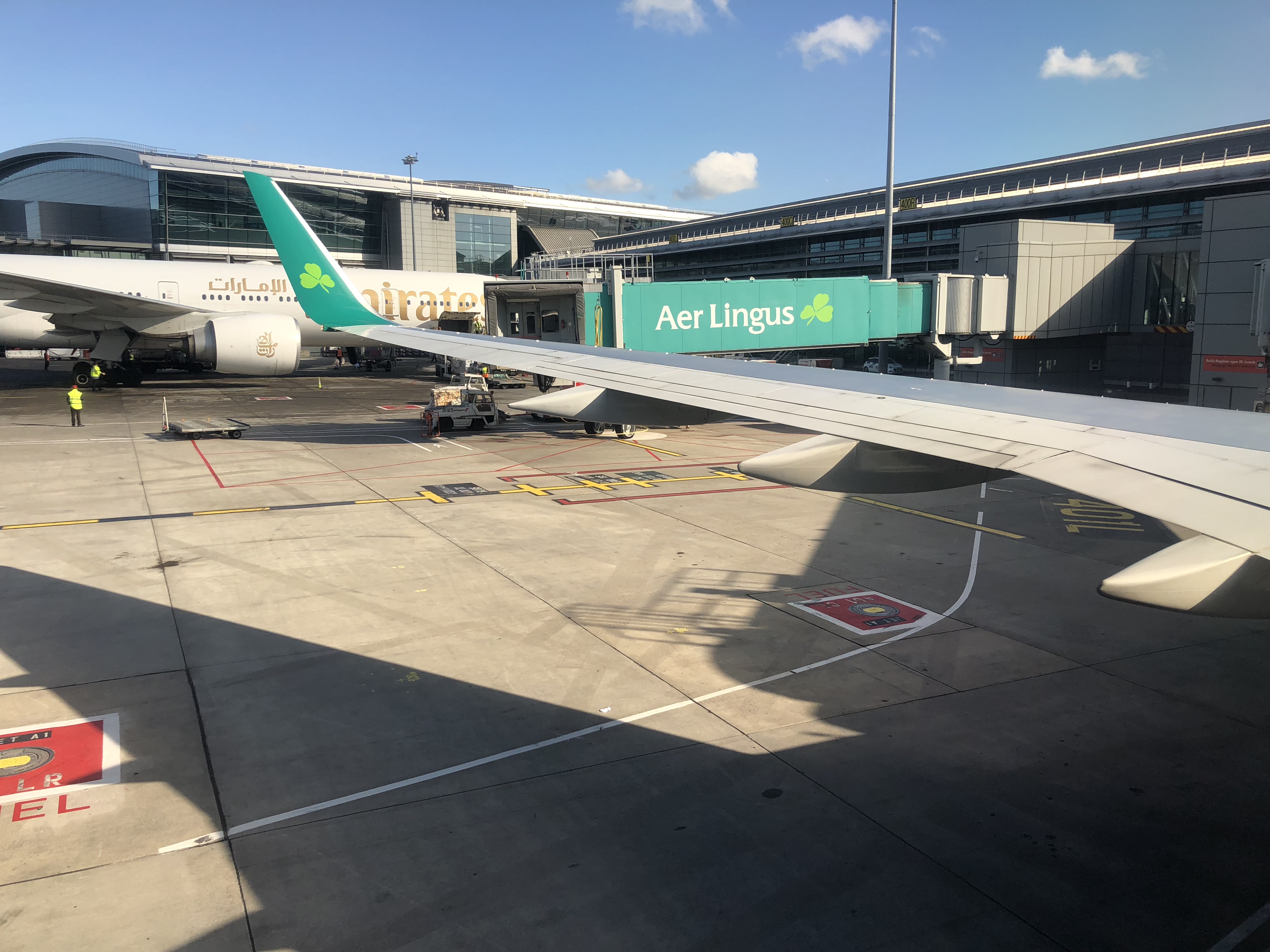 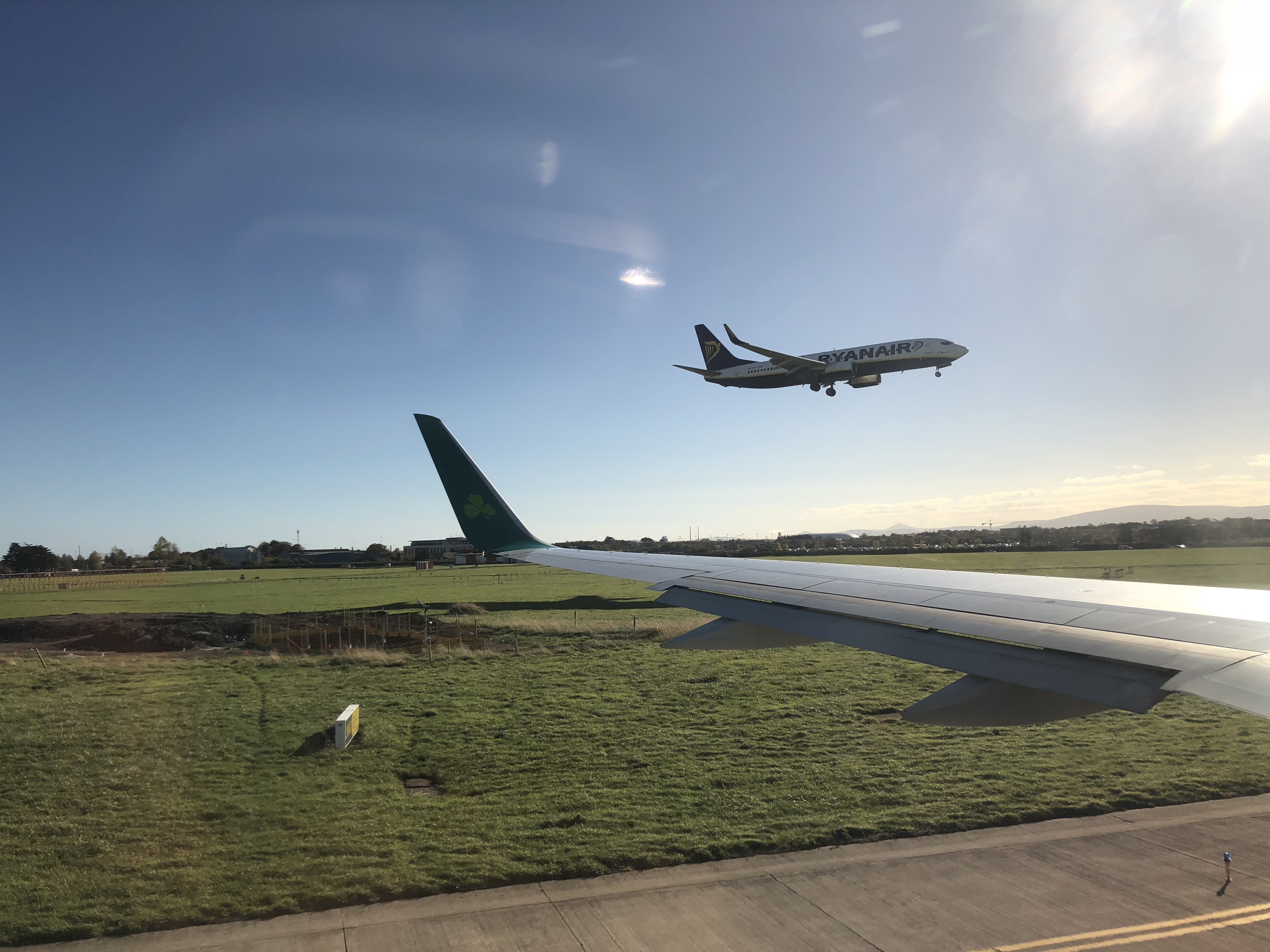 Lunch was a chicken ravioli in a mushroom cream sauce. It didn't sit very well with me, but I also wasn't feeling 100% in general. Also worth noting that, while the IFE worked fine, the map was unavailable, so I had to judge our distance from PHL by the time on my phone. Minor inconvenience but I got over it. 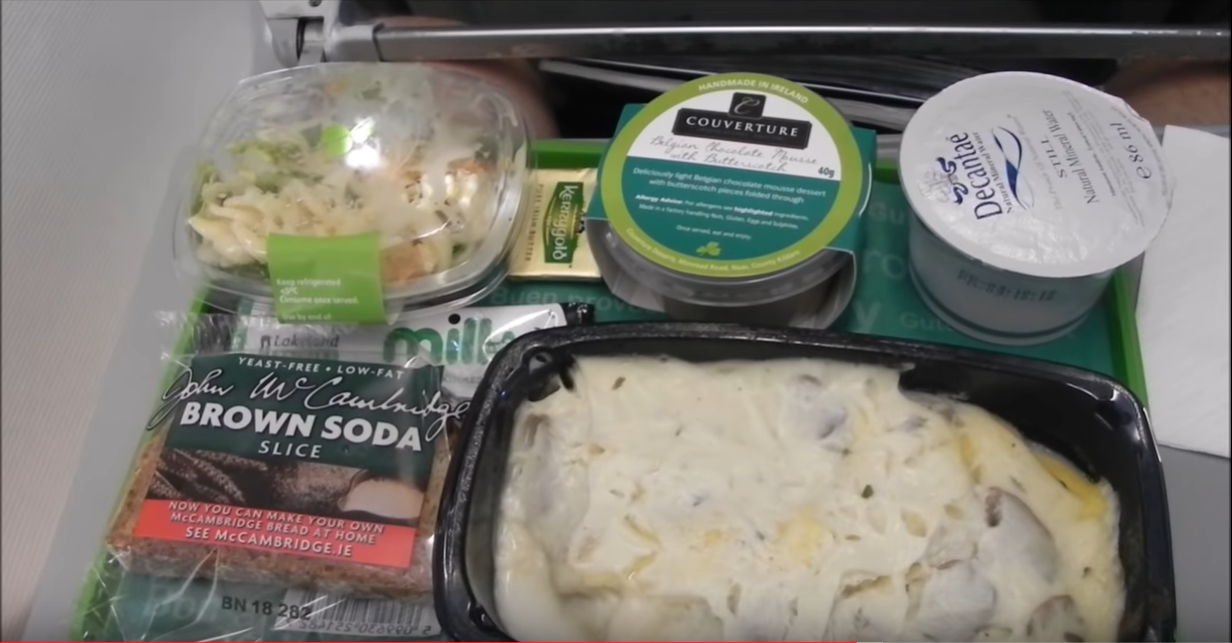 An easy 7 hours 12 minutes over the Atlantic 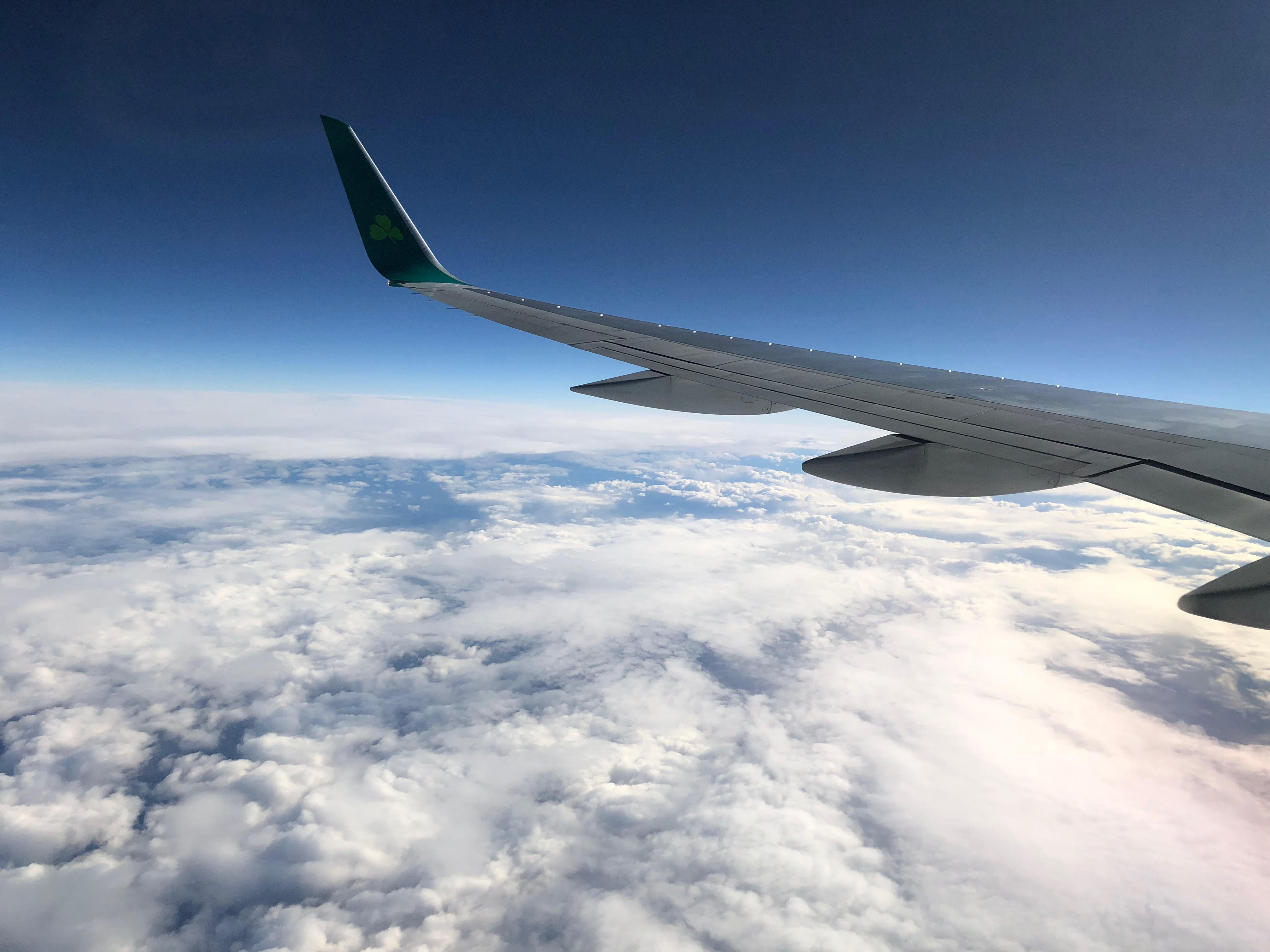 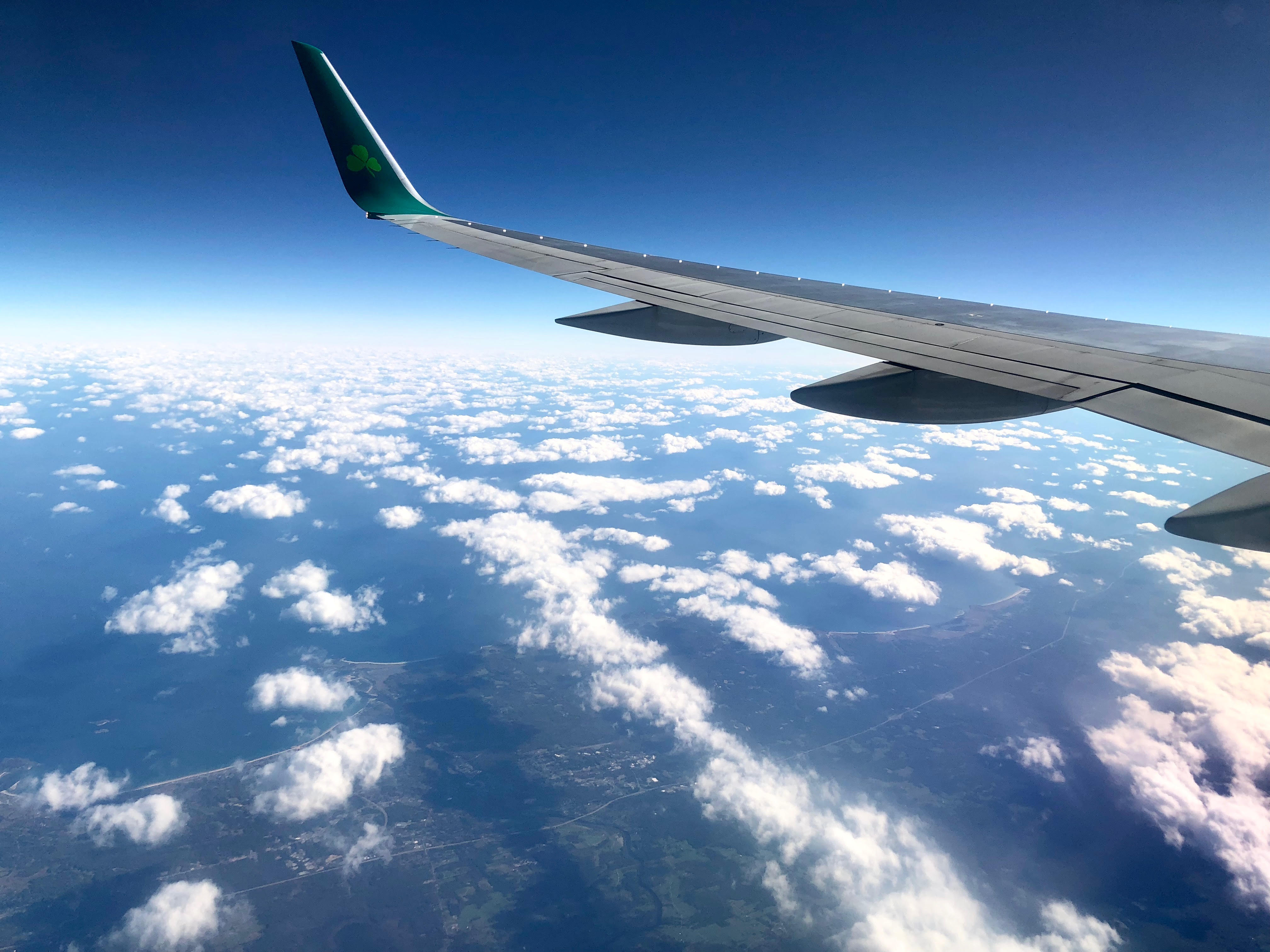 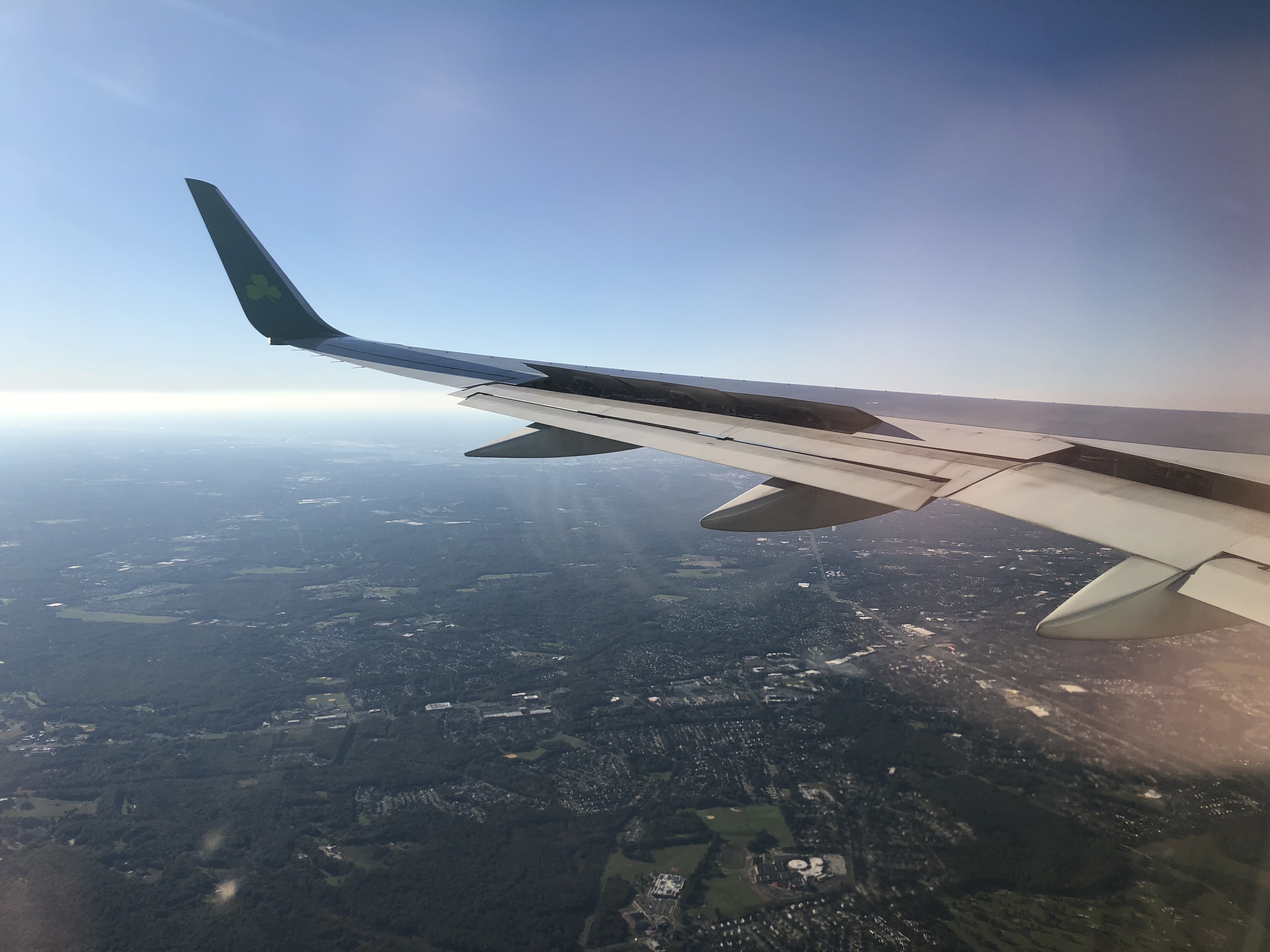 Did someone jump the gun on the flaps? 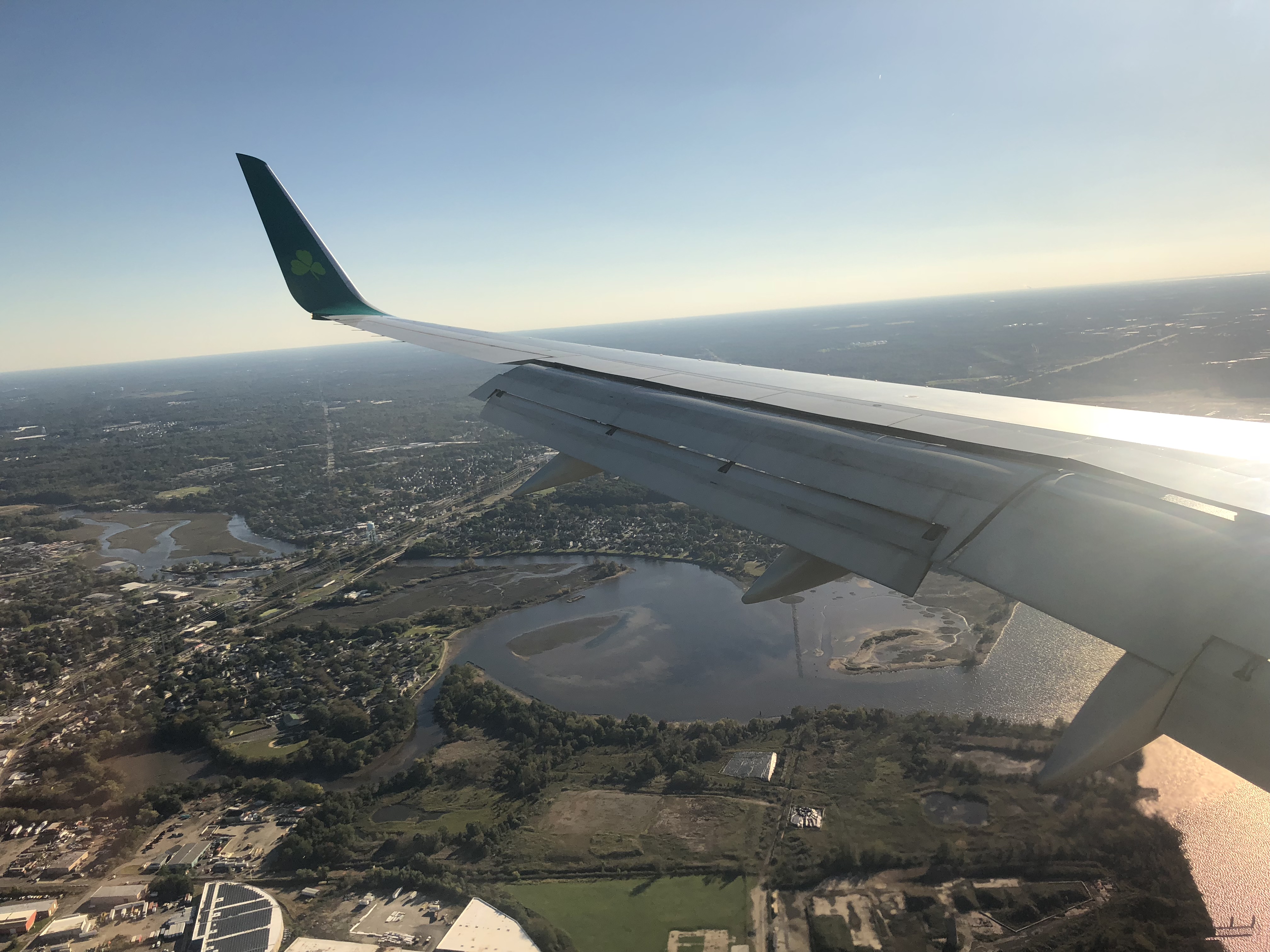 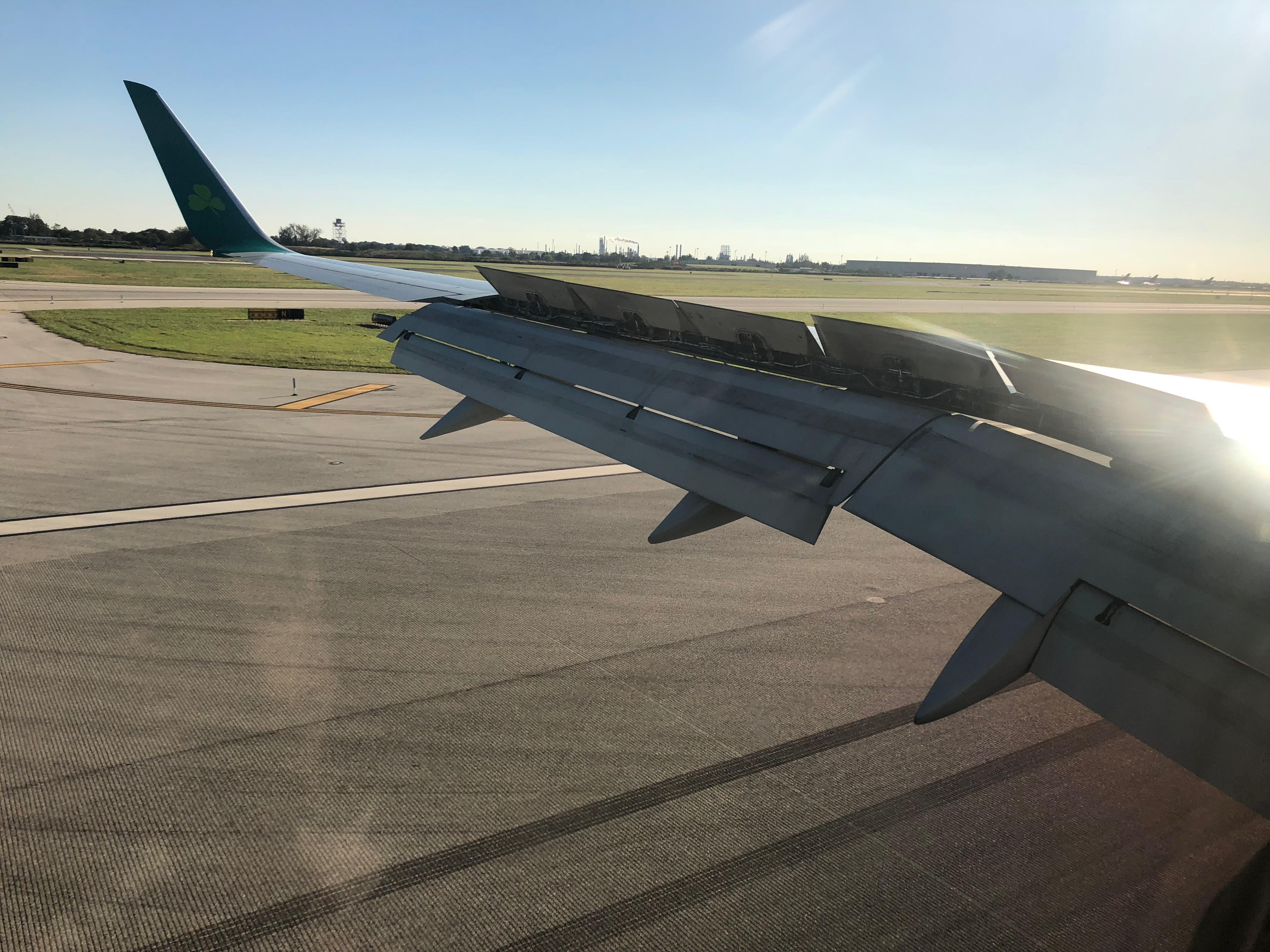 Taxiing past Lufthansa's Star Alliance A343. LH427 was my first transatlantic flight, so it always holds a special place for me. 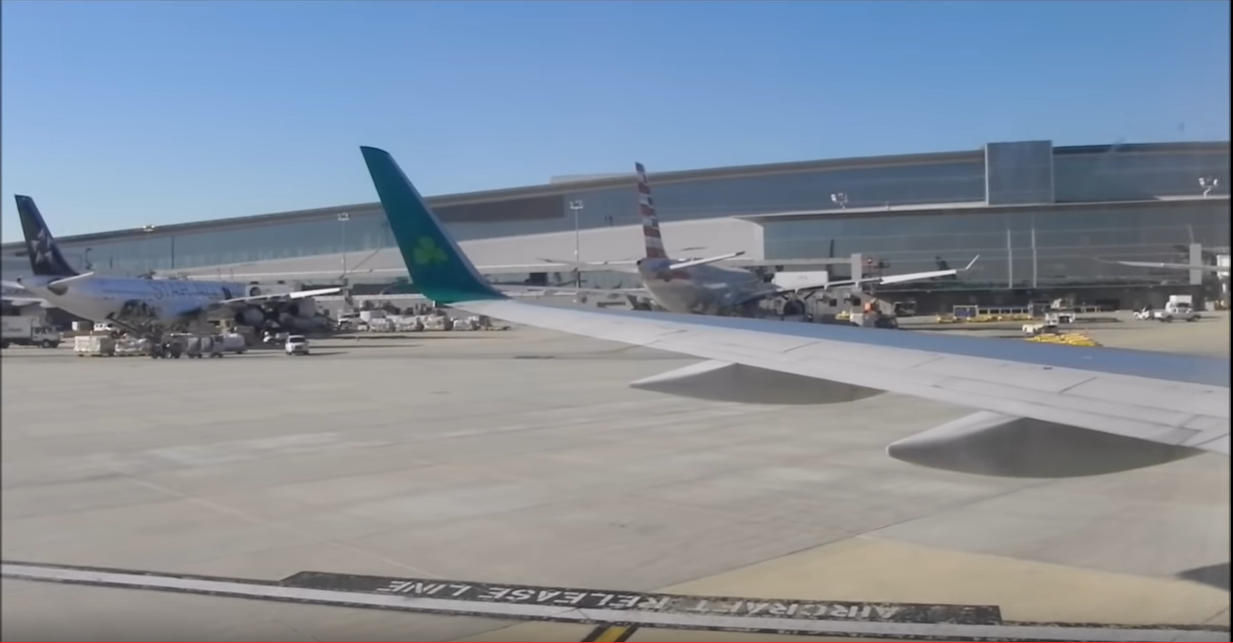 Given the circumstances, Aer Lingus stepped up and provided me a stress-free trip back home. The 752 showed its age a bit in the seats, IFE, and tray table, but that was ok with me. There were two big takeaways from this trip: Booking directly with the airline will save you a lot of stress, and don't schedule 2-night trips in Europe. I never adjusted to the time and slept 13 hours when I got back home.

Side note: I ended up being compensated about USD$400 for the cancellation. Even if I wasn't, the combined costs of both itineraries I booked (about $800 and $700 = $1500) was still half the price of what British Airways wanted for the same original itinerary (about $3000). File this trip as a "learning experience."

BWIAirport wrote:
Did someone jump the gun on the flaps?

ATC probably assigned a speed below "minimum clean" speed (minimum speed with no flaps) for sequencing, so the crew needed to deploy flaps to comply. For a 757 at standard weight, flaps would need to deployed below ~210 knots. This can happen pretty far out when it's busy!
https://my.flightradar24.com/CO764/flights
Top

BWIAirport wrote:
Did someone jump the gun on the flaps?

ATC probably assigned a speed below "minimum clean" speed (minimum speed with no flaps) for sequencing, so the crew needed to deploy flaps to comply. For a 757 at standard weight, flaps would need to deployed below ~210 knots. This can happen pretty far out when it's busy!

BWIAirport wrote:
It seemed as though they lowered the flaps before we reached our final approach speed, or maybe we had just hit the glideslope, causing the aircraft to pitch down to maintain altitude. Is that too close to the runway to use speedbrakes to bring the airspeed down?

Maybe you were too high. A combination of flaps + speedbrakes will usually make a jet drop like a rock while maintaining a constant speed. This is particularly useful when you're intercepting a final approach course and you have a lot of height to lose.

I think that speedbrakes can be extended well into the final approach, although airlines have different SOP's. On the 757, I'm pretty sure that any combination of speedbrake + flaps 1-20 is fair game. So, once you deploy landing flap (typically flap 30), the speedbrakes will be need to be retracted & armed for landing. This can occur as late as 3-4 miles from the runway. Then again, I think most airlines also prohibit speedbrake usage below 1000 feet, because the approach would be considered unstable.
https://my.flightradar24.com/CO764/flights
Top

Love the window shots from the 757 and the shamrock livery on the winglet! Looks like it was a beautiful day for flying.
I love to fly!
Top
Post Reply

Users browsing this forum: No registered users and 40 guests