Crossing the border on Silk Air: Kuala Lumpur to Singapore in Economy

Crossing the border on Silk Air: Kuala Lumpur to Singapore in Economy

This two-part trip report will be from Kuala Lumpur to Manila (via Singapore) on Silk Air and Singapore Airlines. This award ticket only cost RM65 (about $21 Canadian Dollars) and 12.5k KrisFlyer miles.

Check-In and Boarding
The flight was due to leave early morning at 7:35AM, therefore I got to Kuala Lumpur International Airport about 1.5 hours before departure. Check-in was fast and according to the agent, the flight was not even 3/4 full so I asked to move to an empty row. 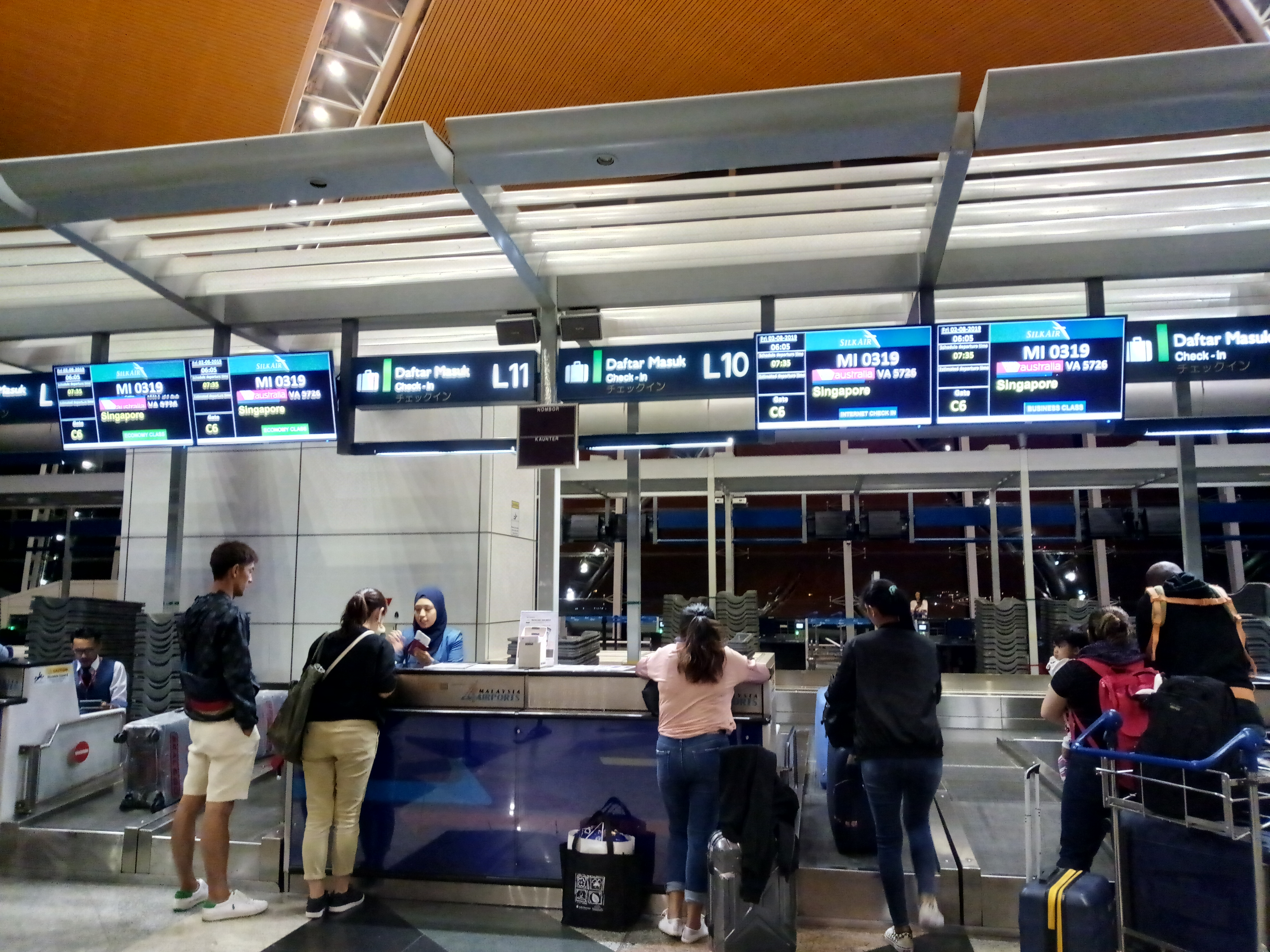 Unlike Malaysia Airlines (and other select carriers) that fly out of the Main Terminal, Silk Air operates out of the Satellite Terminal, which requires the AeroTrain to get to the gates. 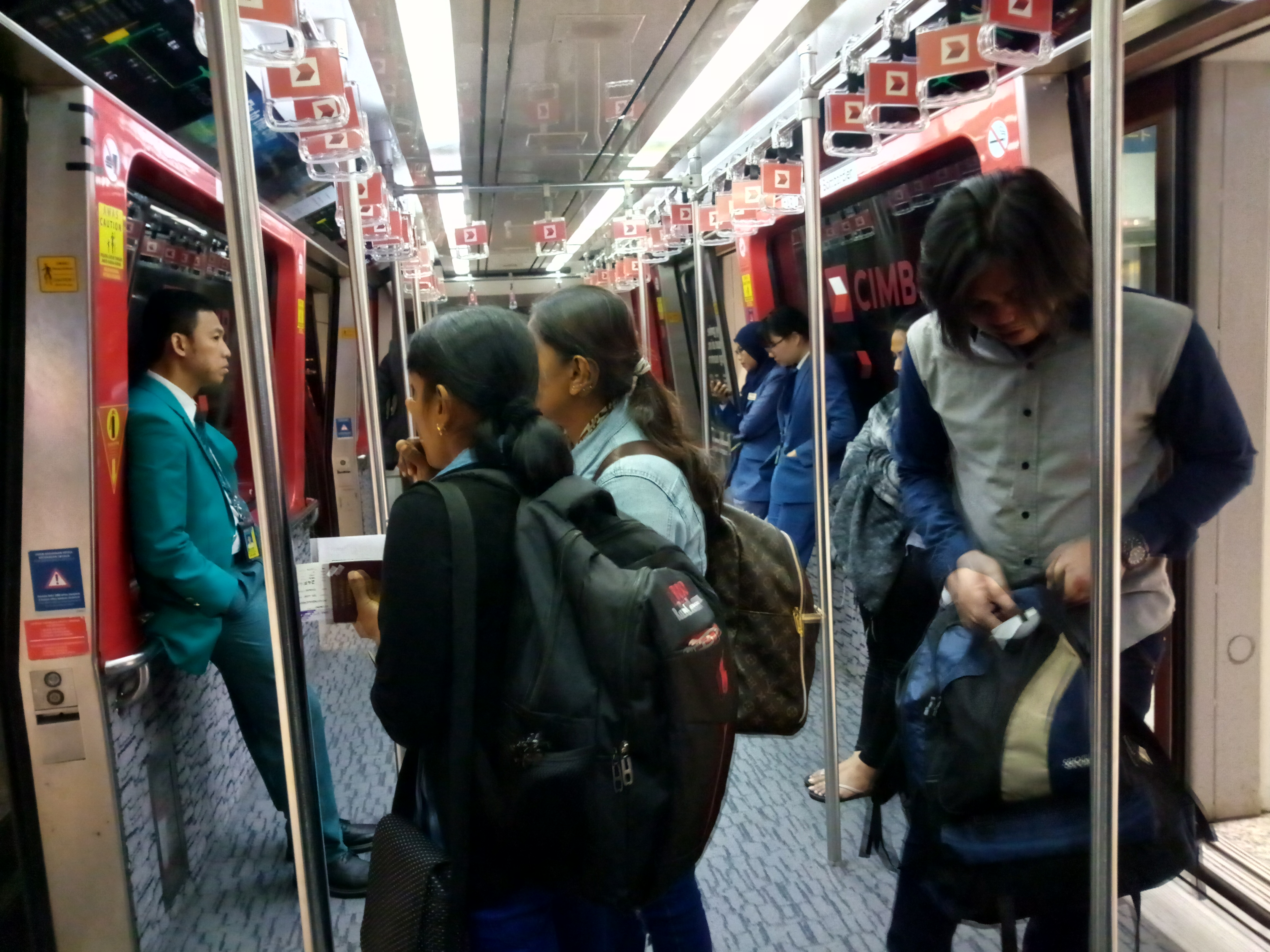 Gate C6 was the assigned gate for the flight. People were already forming a line before the security check opened. 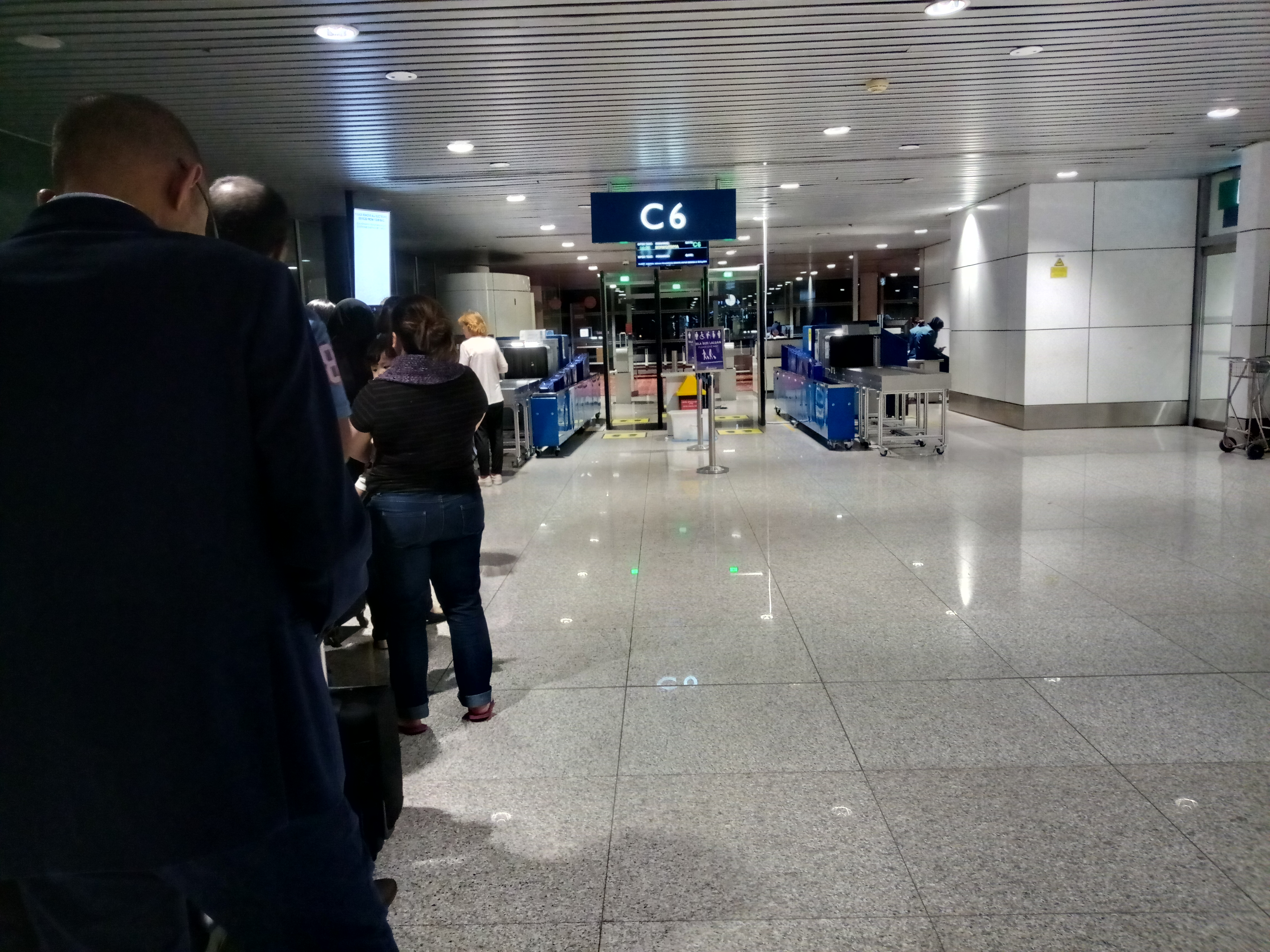 Once cleared, an announcement was made saying the inbound plane just took off from Singapore and that there will be a delay of 35 or so minutes, much to the annoyance of some passengers who had tight connections out of Changi Airport. 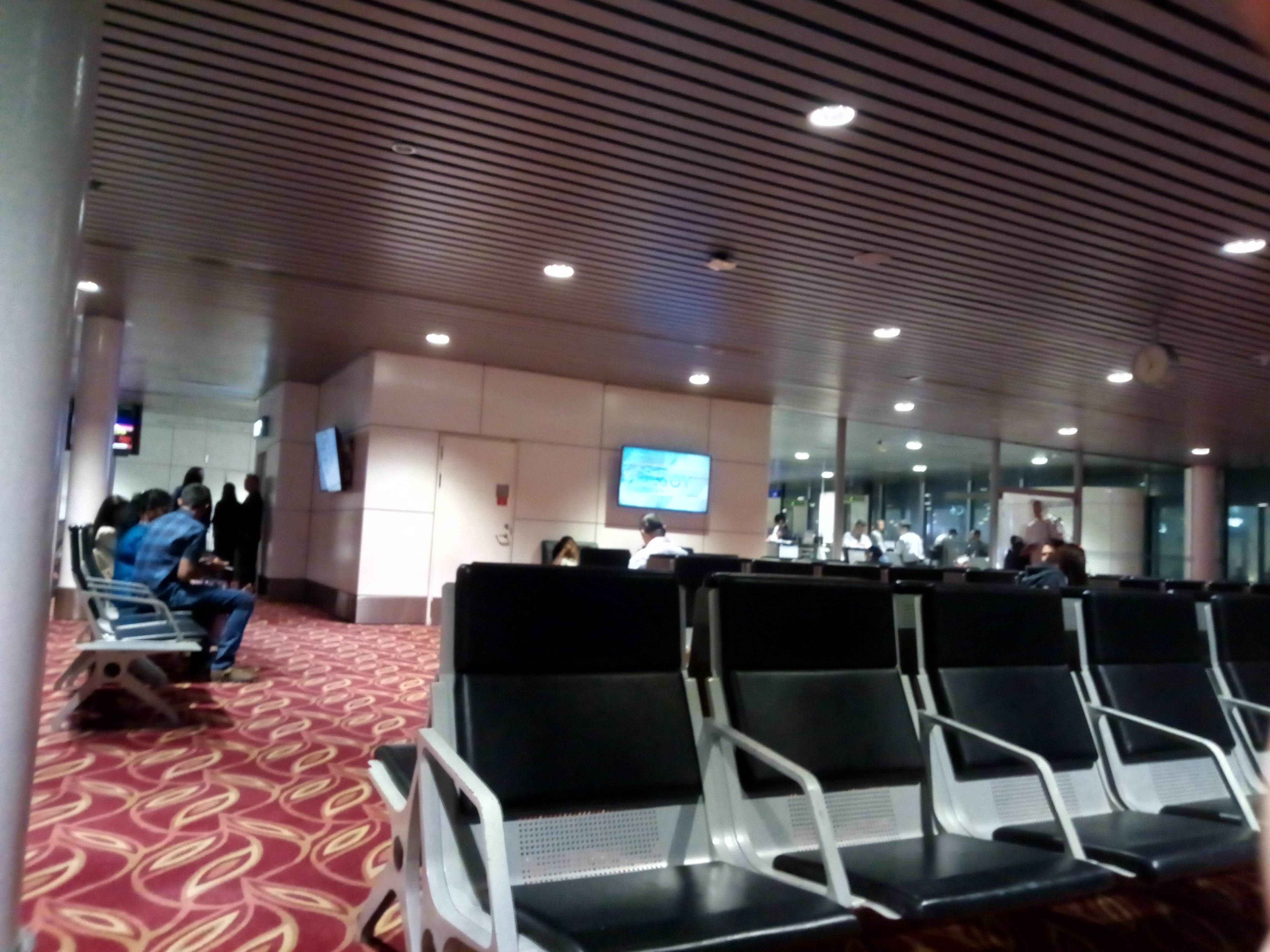 As the sun began to rise, the aircraft pulled up onto the gate. 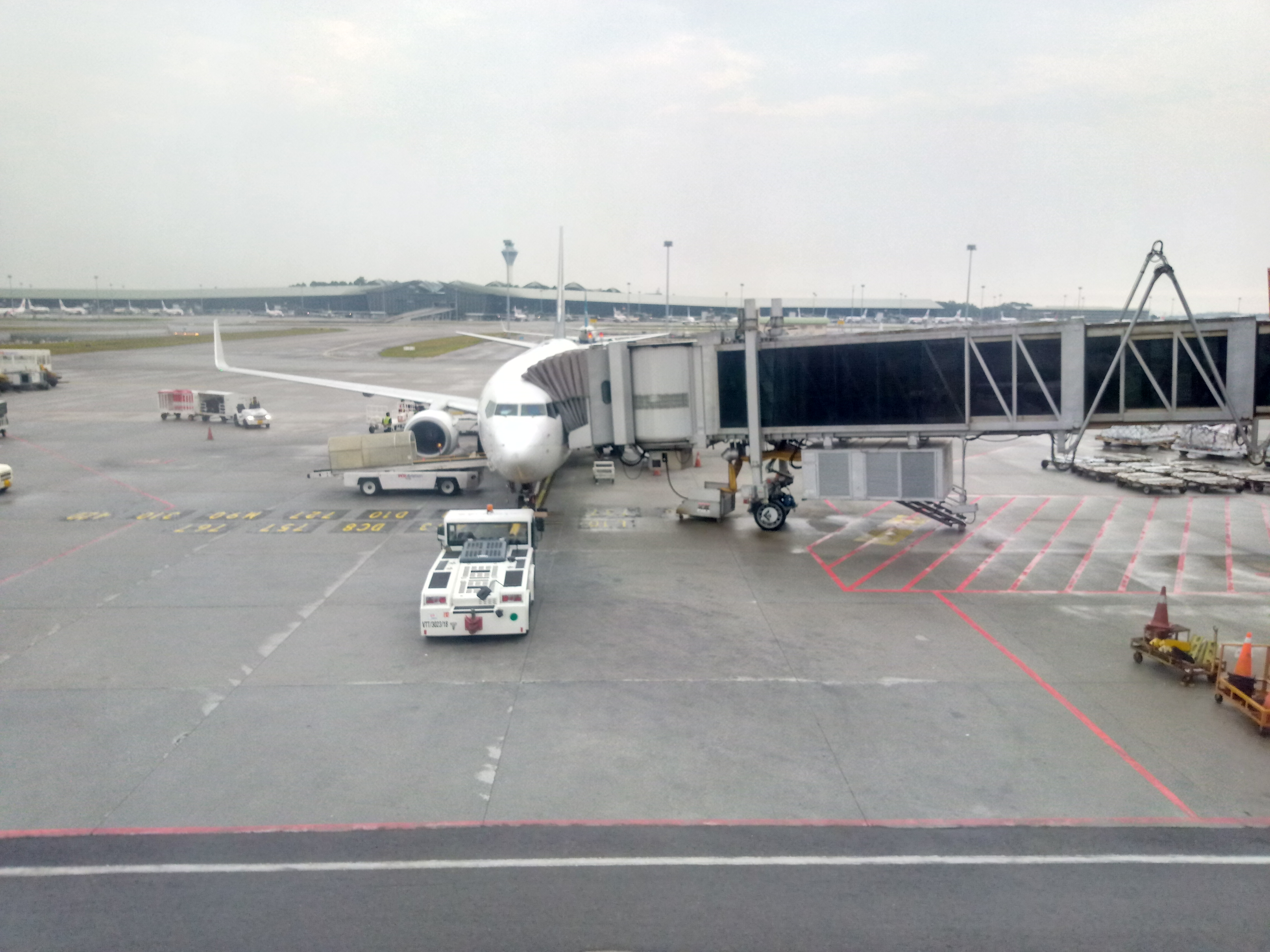 Boarding didn't take too long thanks to the not-so-high load factor. The cabin of this aircraft felt new and modern. 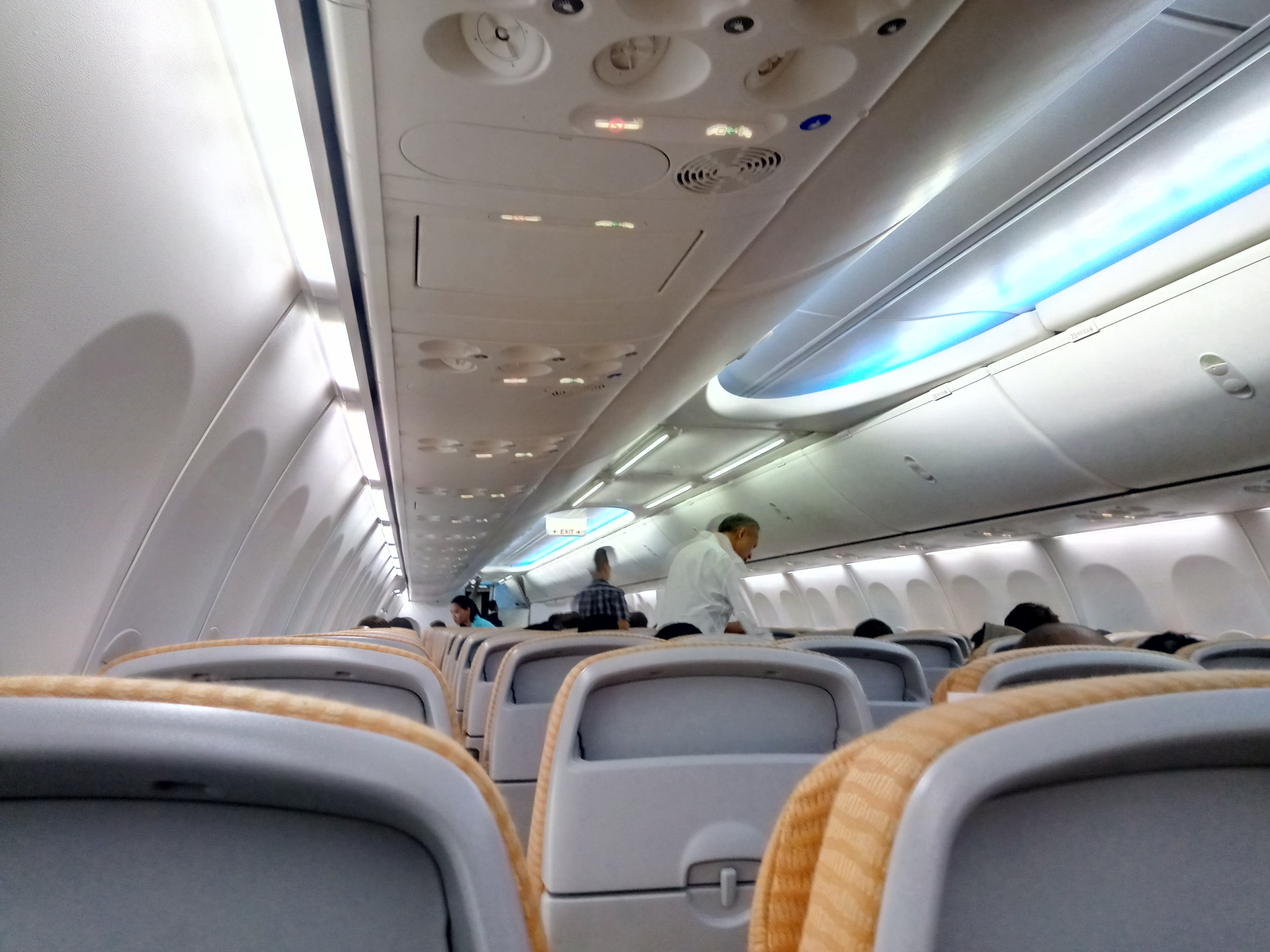 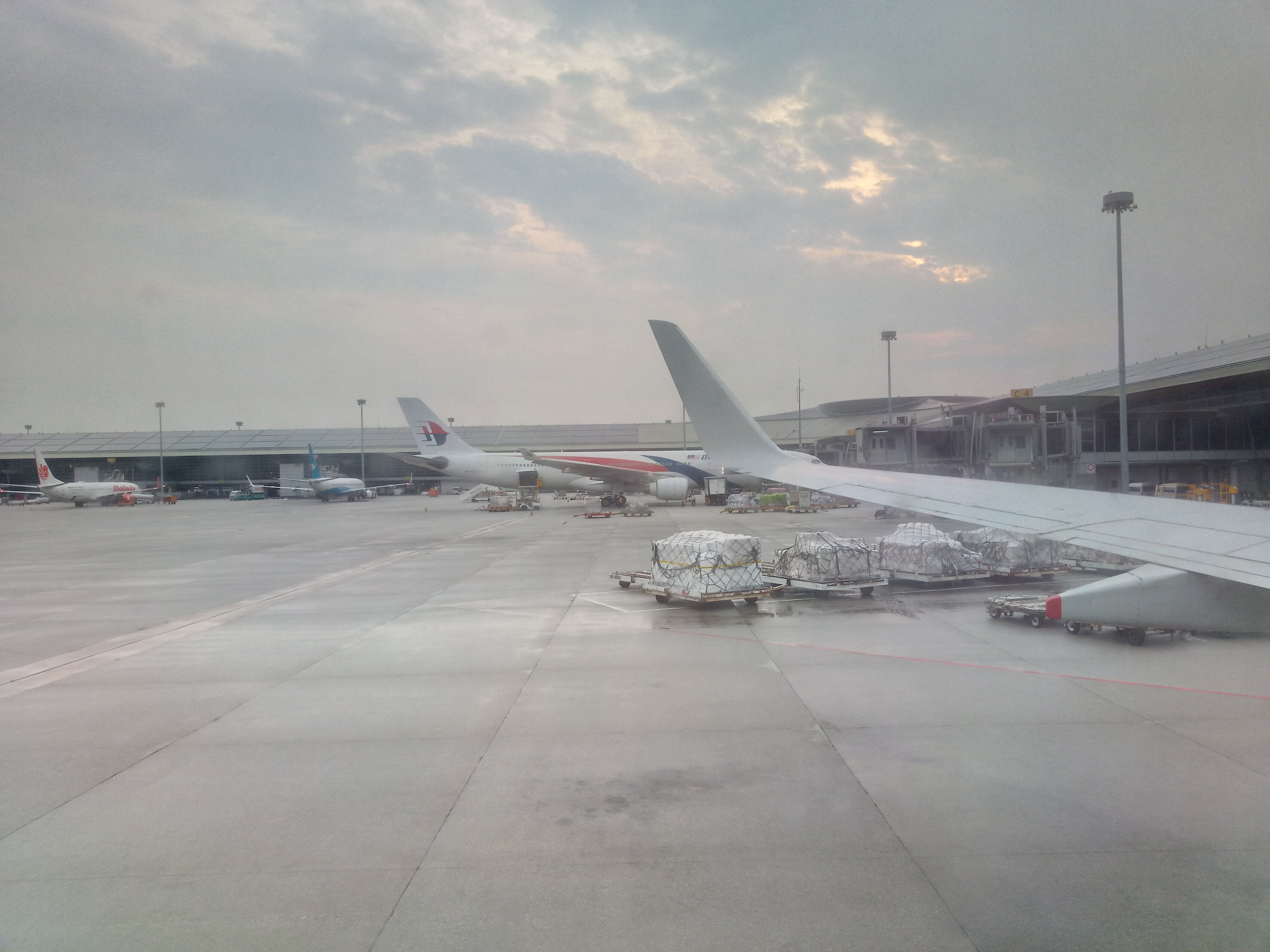 Pushback and taxi began shortly after. 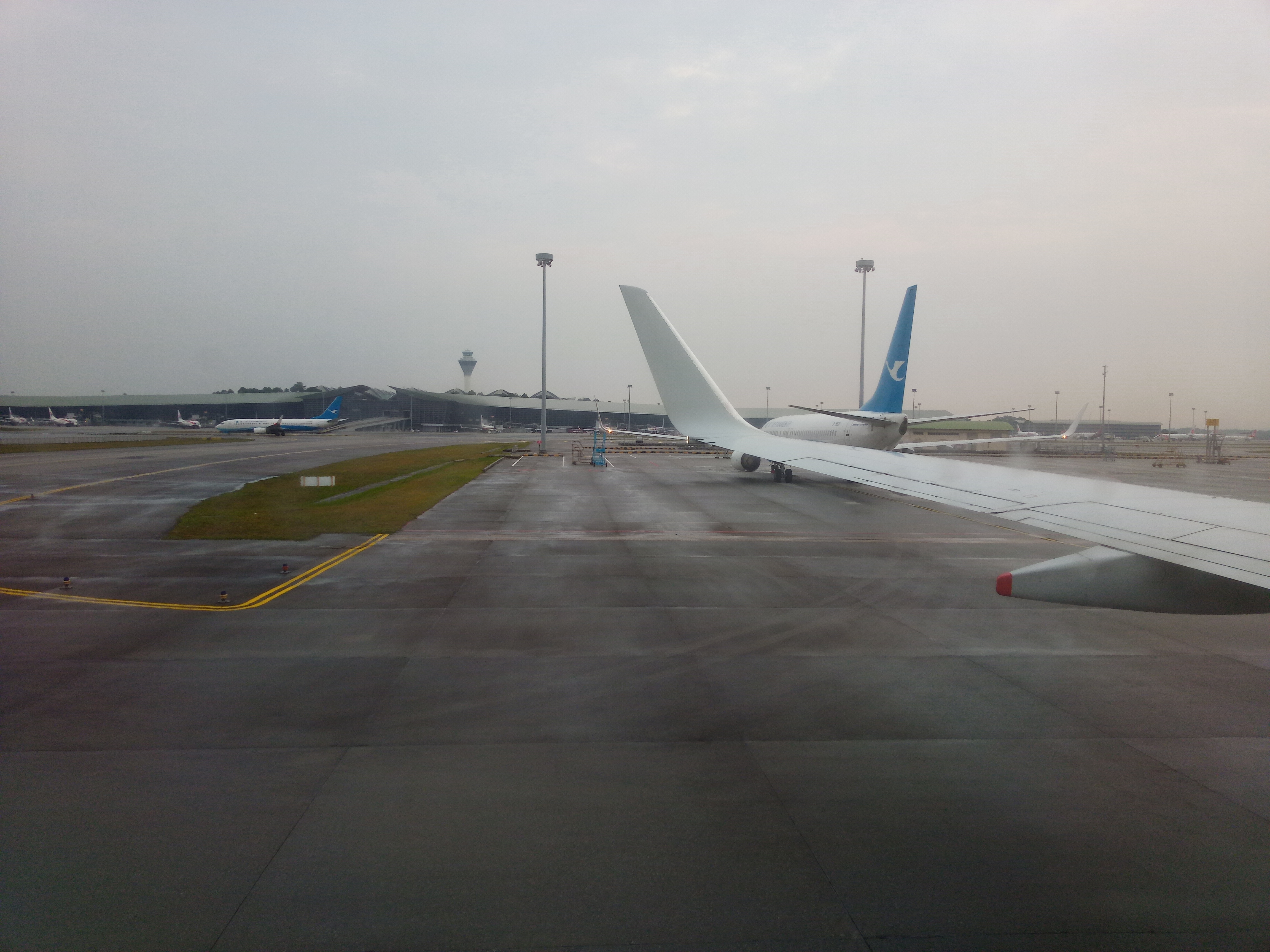 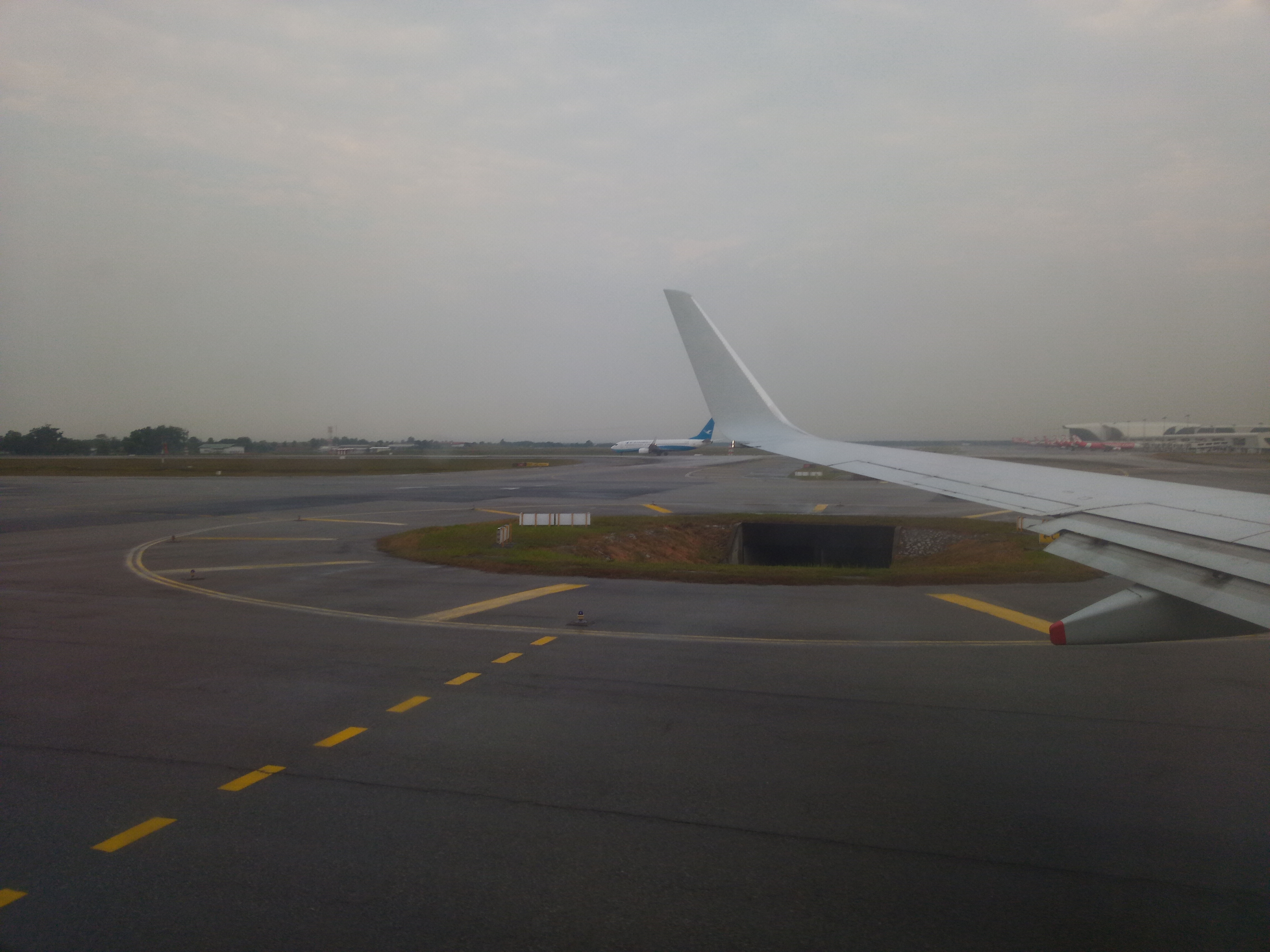 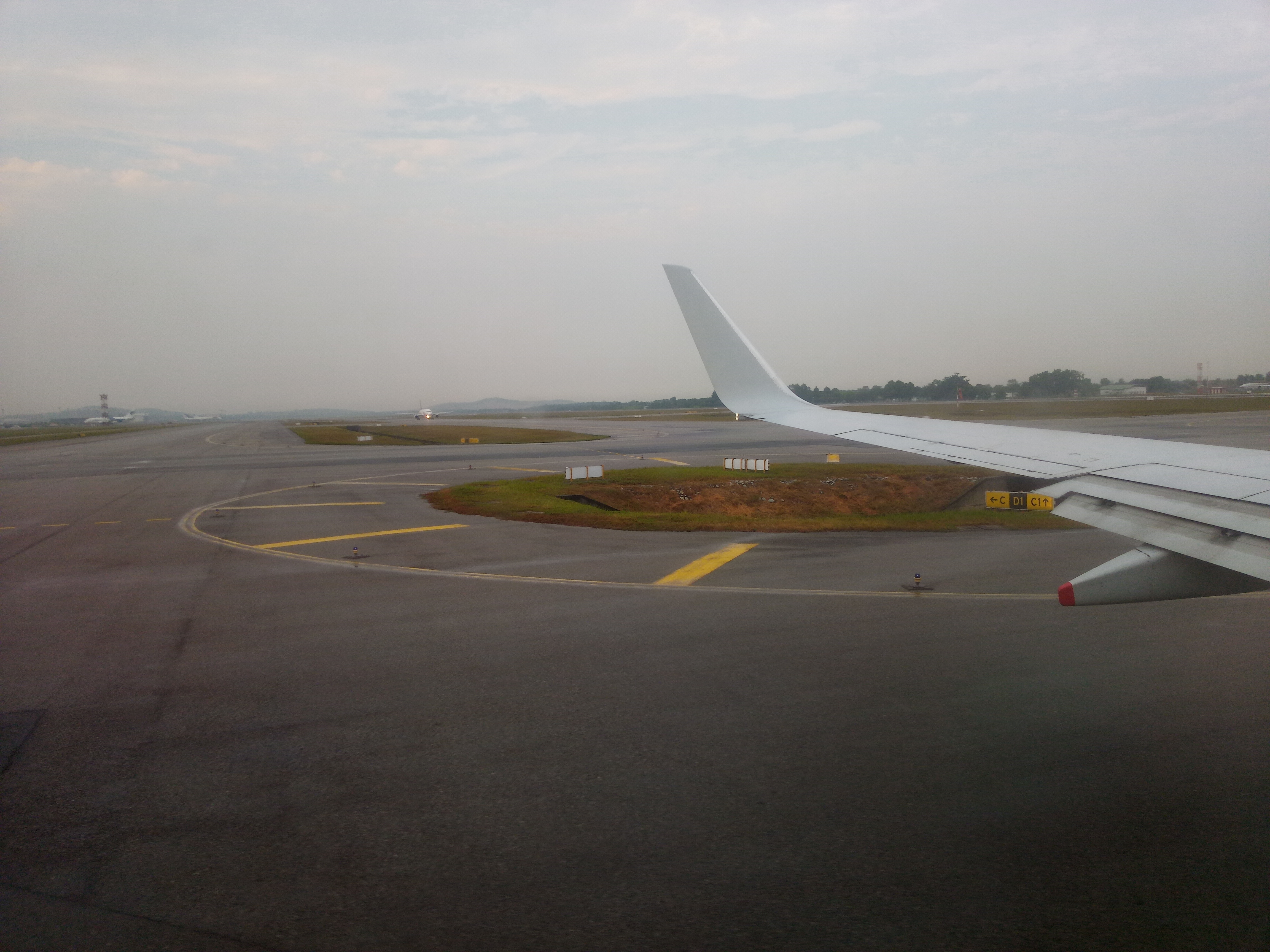 There was no aircraft before us on the runway so were immediately cleared for takeoff. 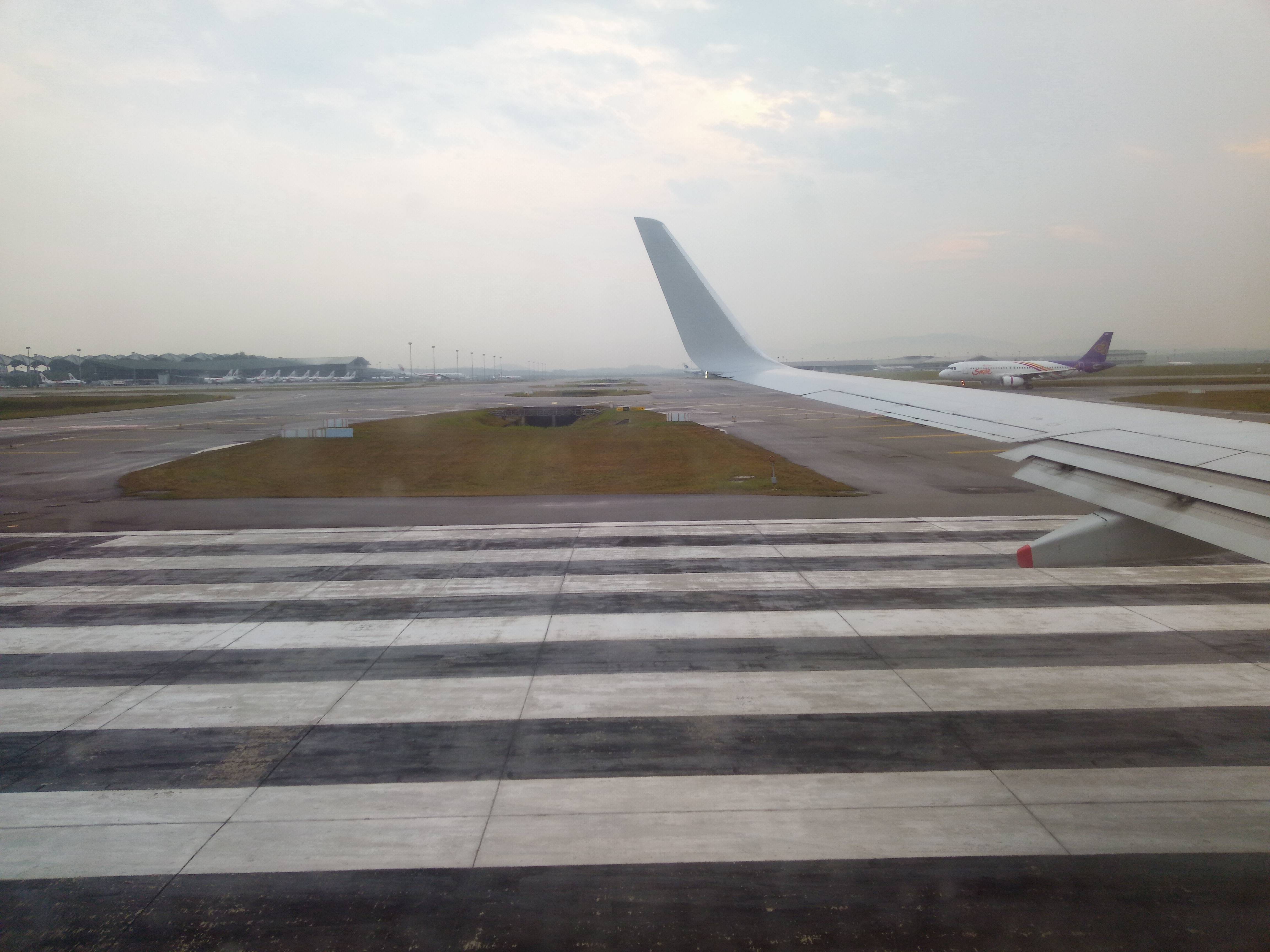 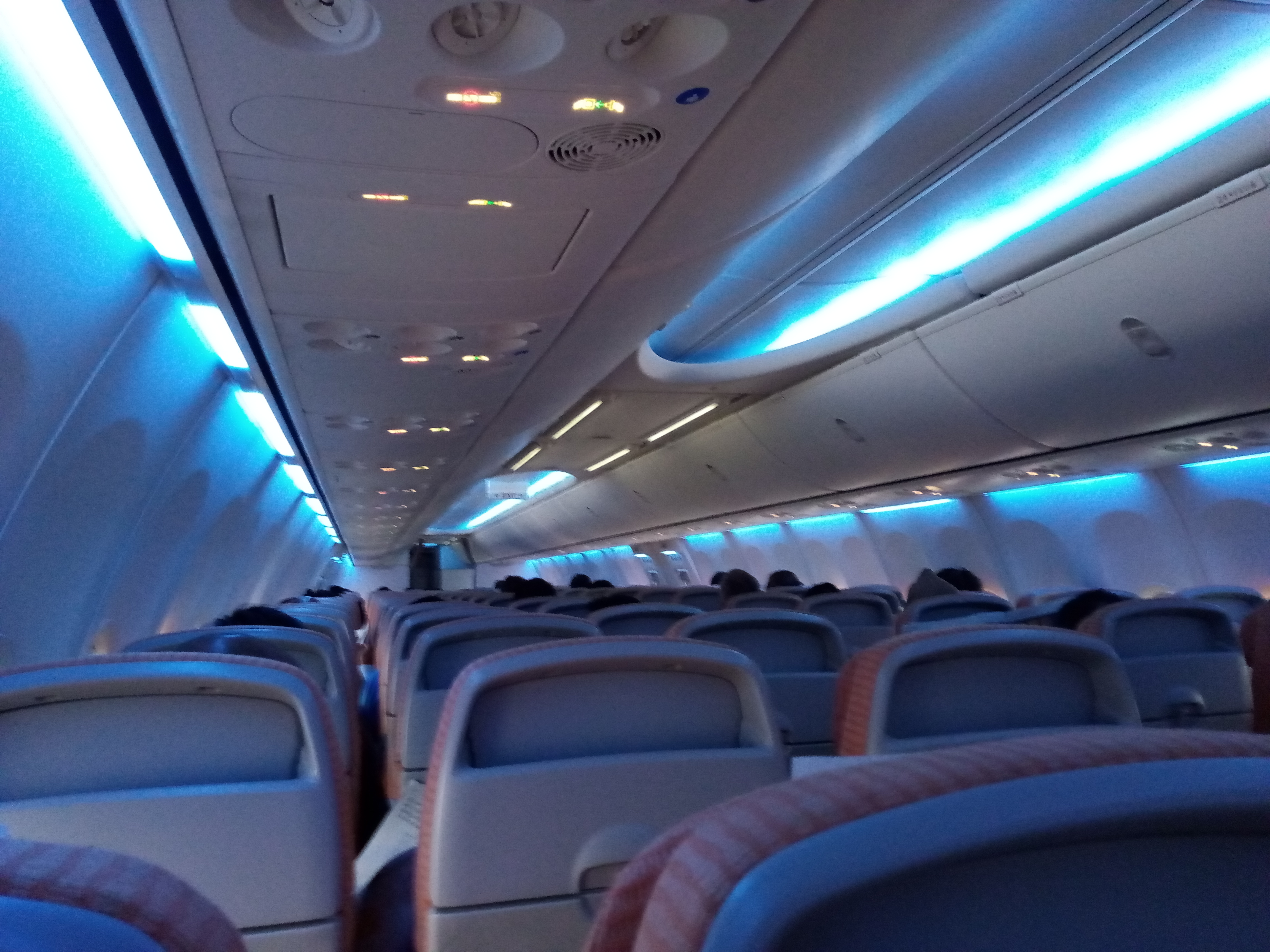 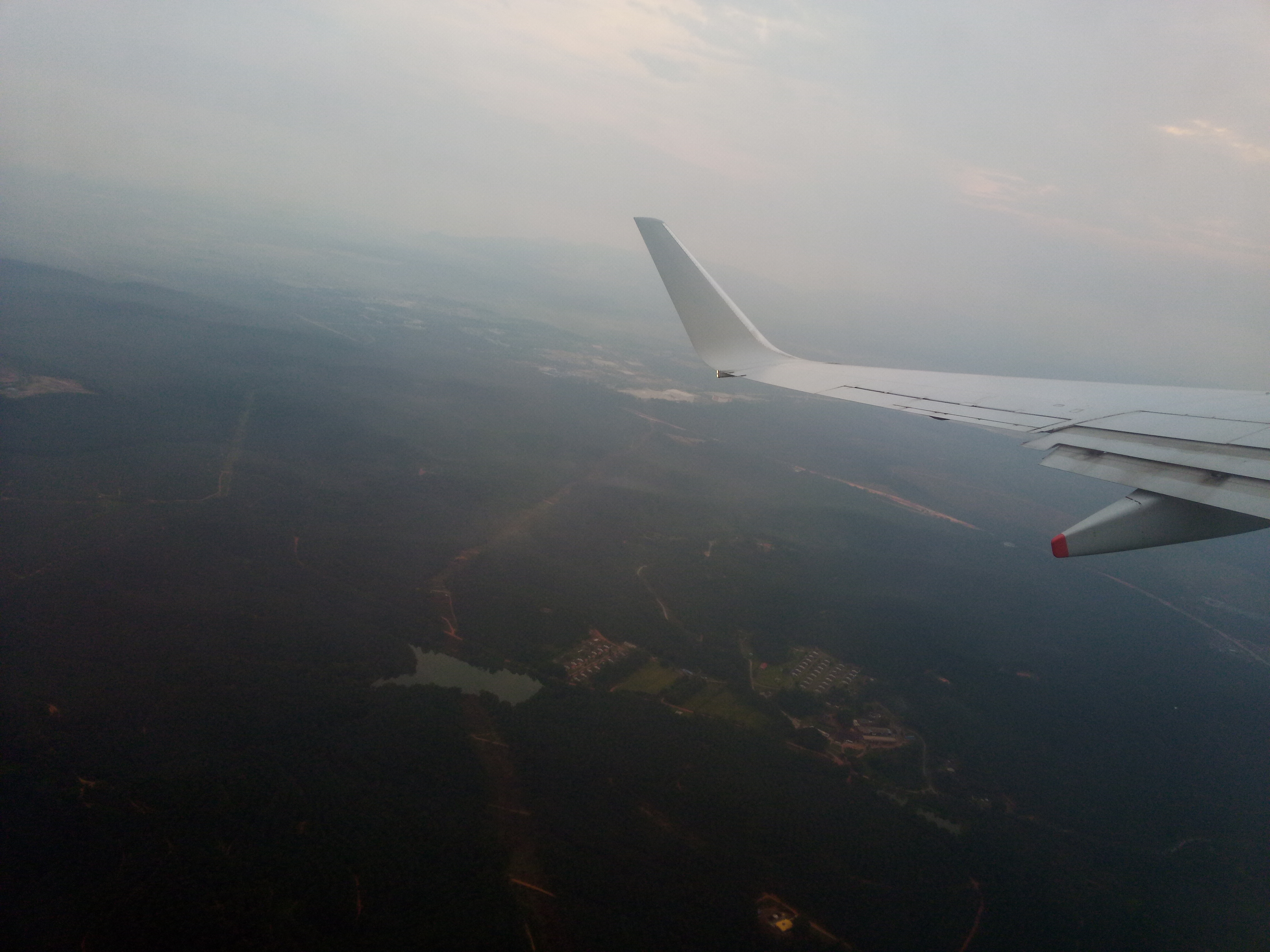 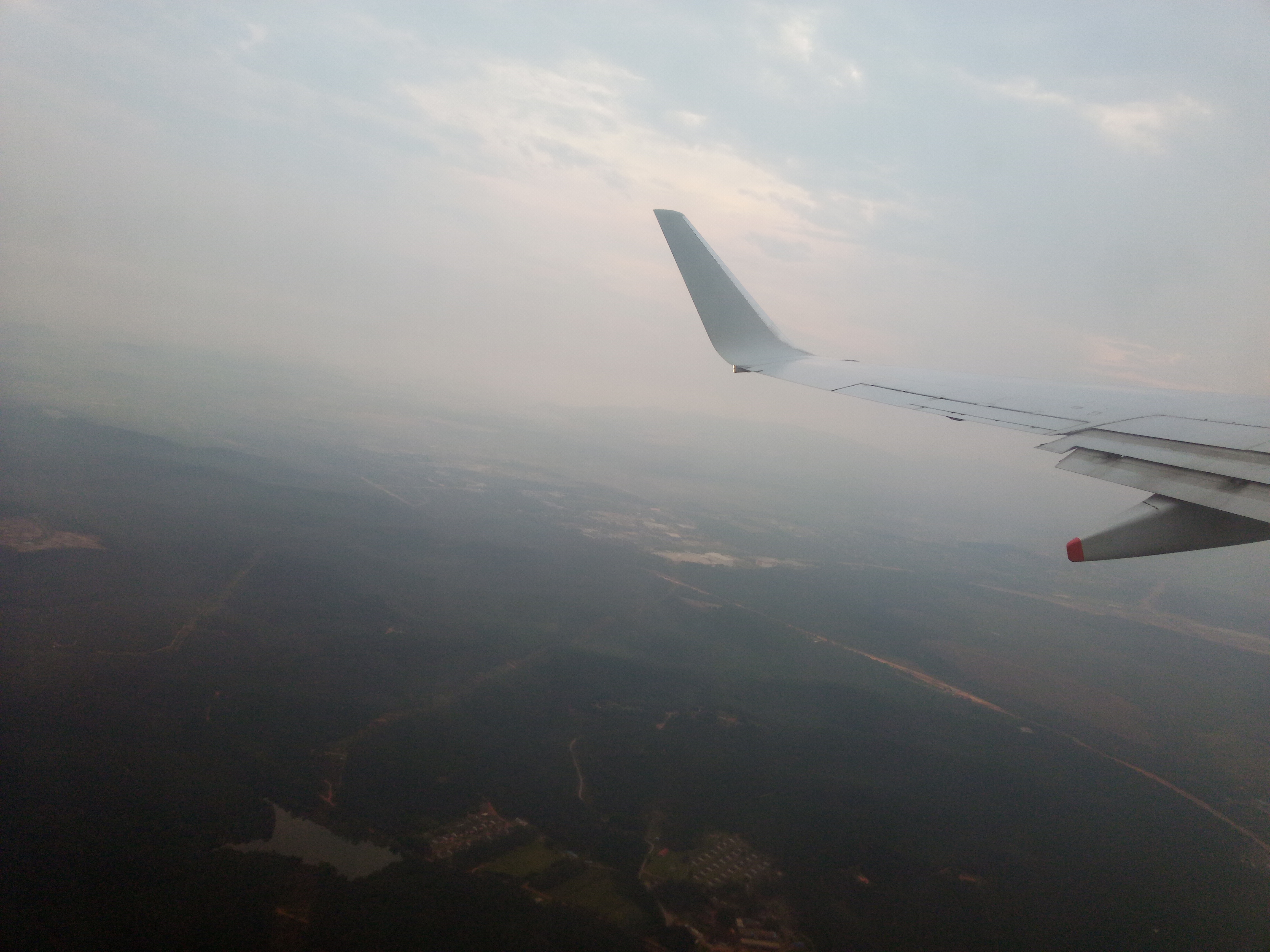 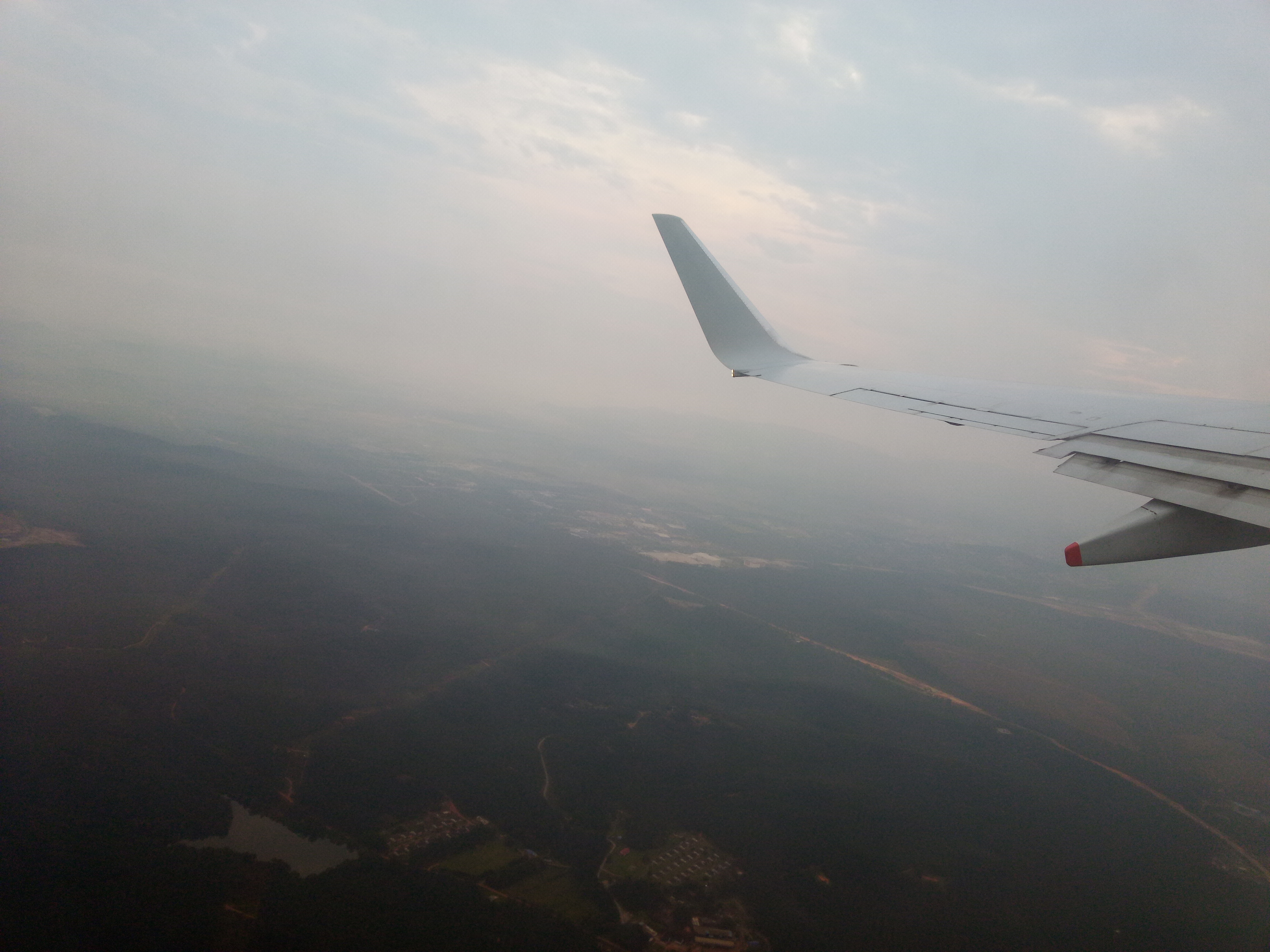 Inflight Service
The flight time was only going to be for less than an hour, therefore only drinks were served. Since I was going to have a 9.5 hour layover in Changi Airport, I opted for coffee and apple juice to wake myself up. A refreshing towel was also given. 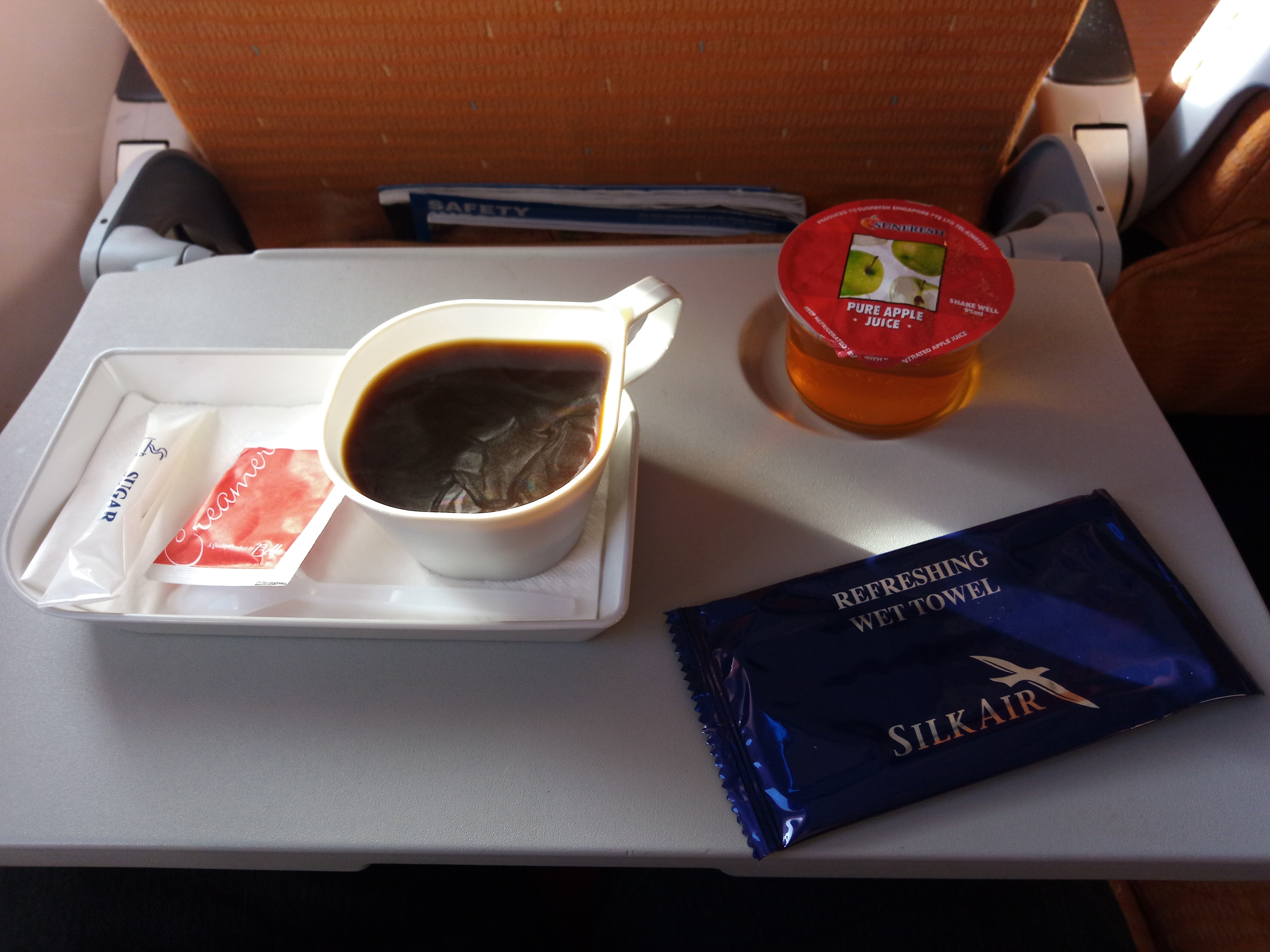 After the service, I handed my logbook to one of the crew.

Flying above the clouds. 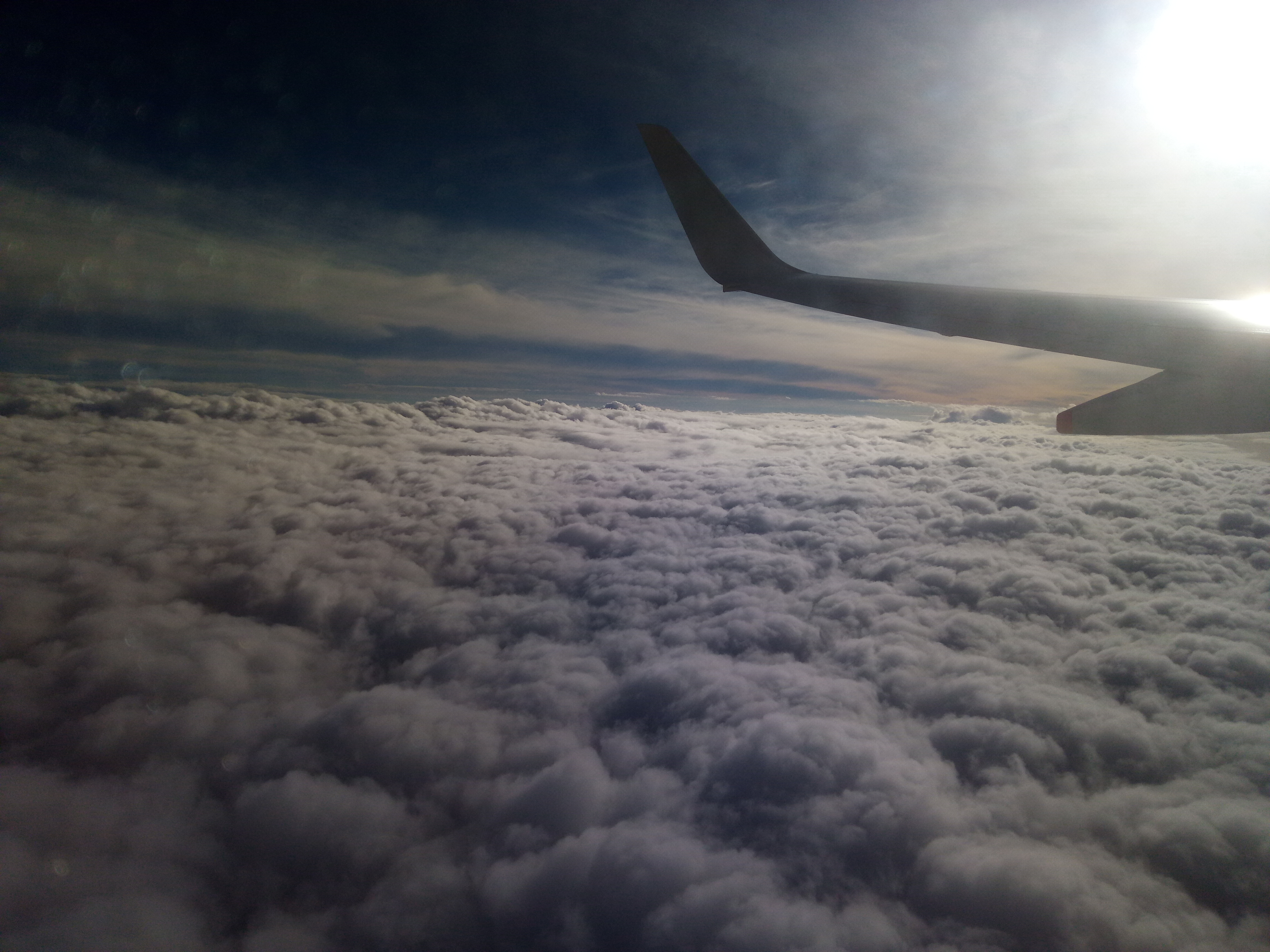 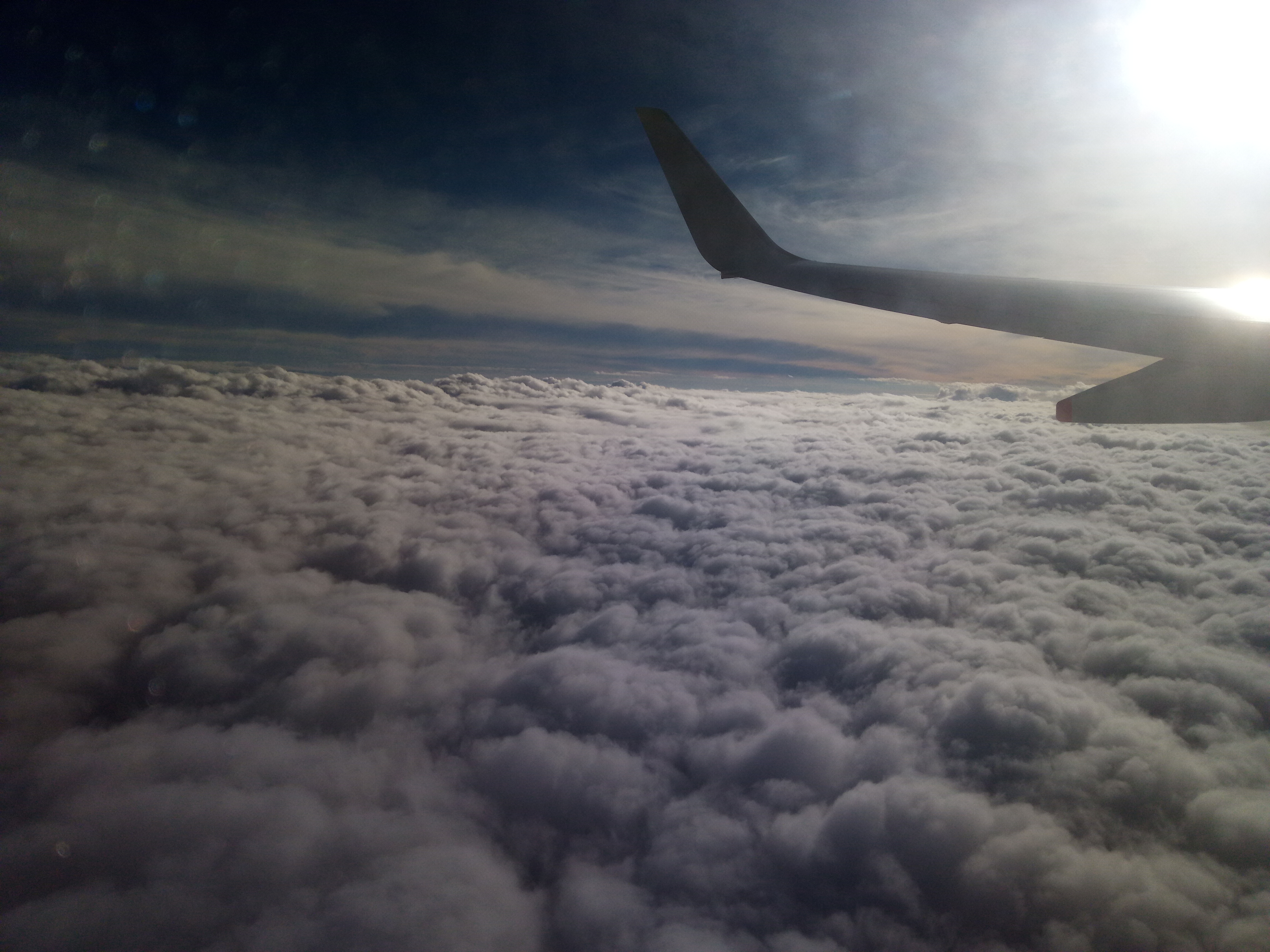 The aircraft itself does not feature PTVs like Singapore Airlines, but I downloaded the SilkAir Studio app as they offer wireless entertainment. The selection is fair and is enough for a flight time like this. 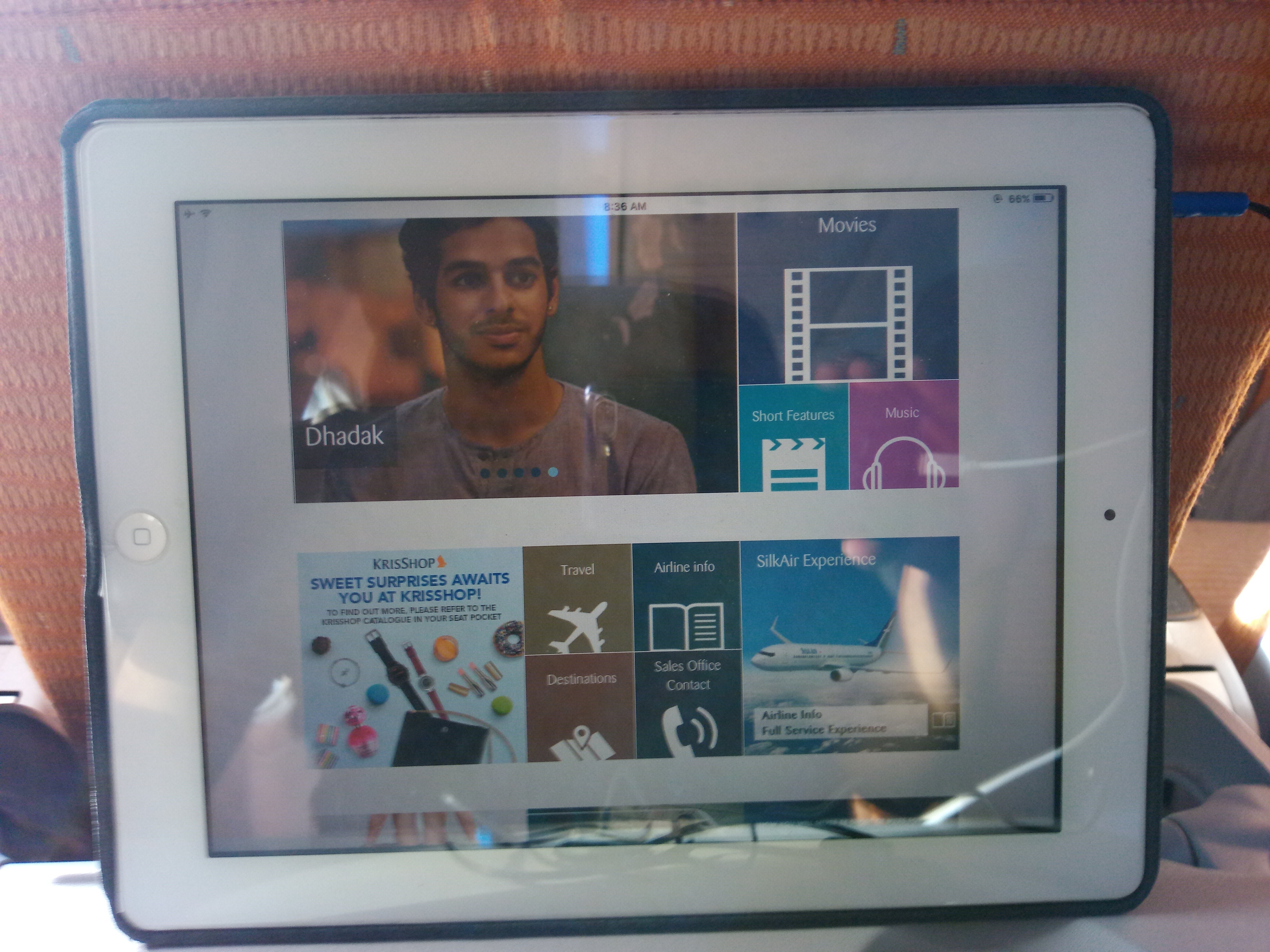 Descent and Arrival
Unlike in Kuala Lumpur, the skies over Singapore was very nice and sunny. 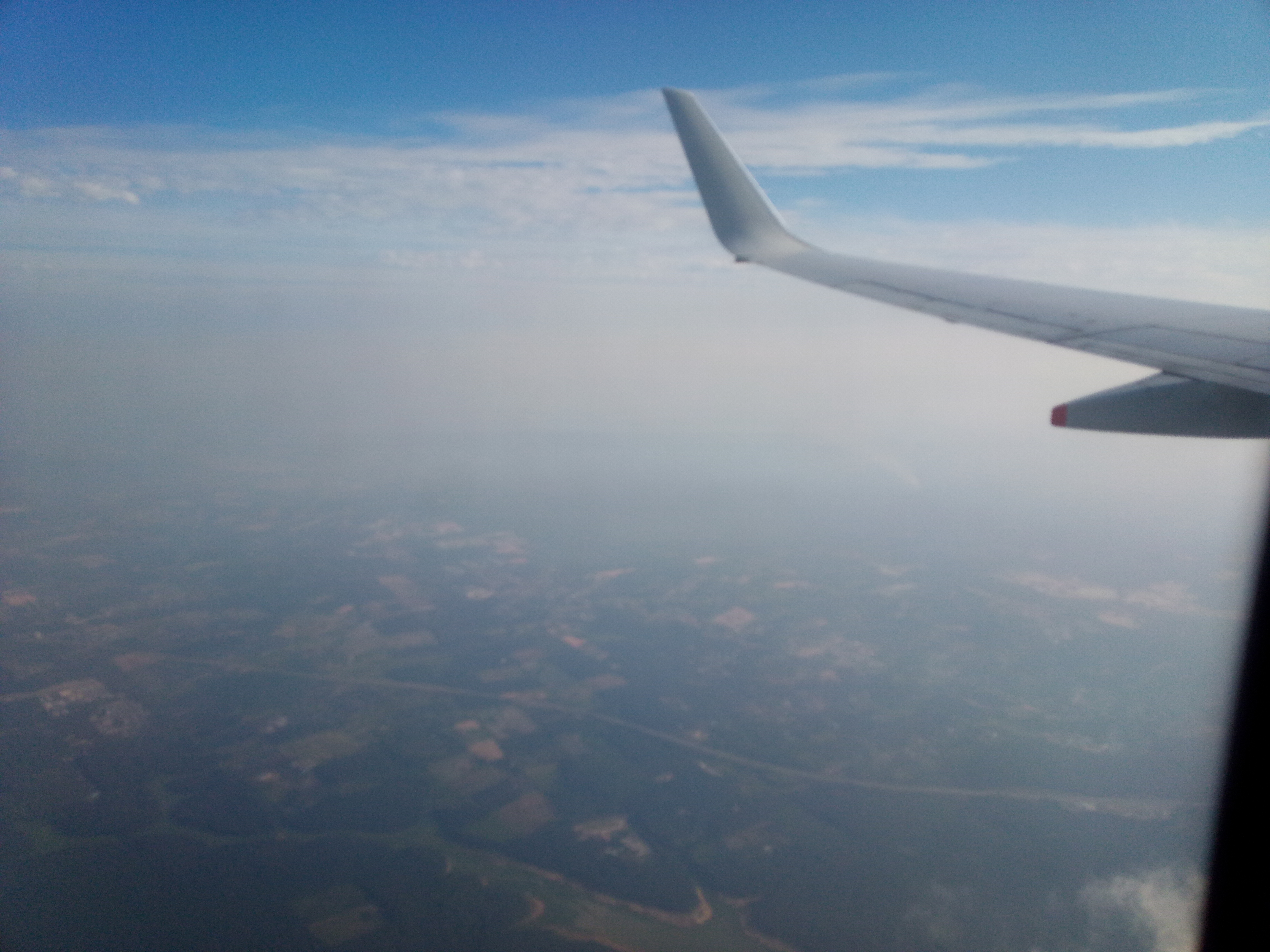 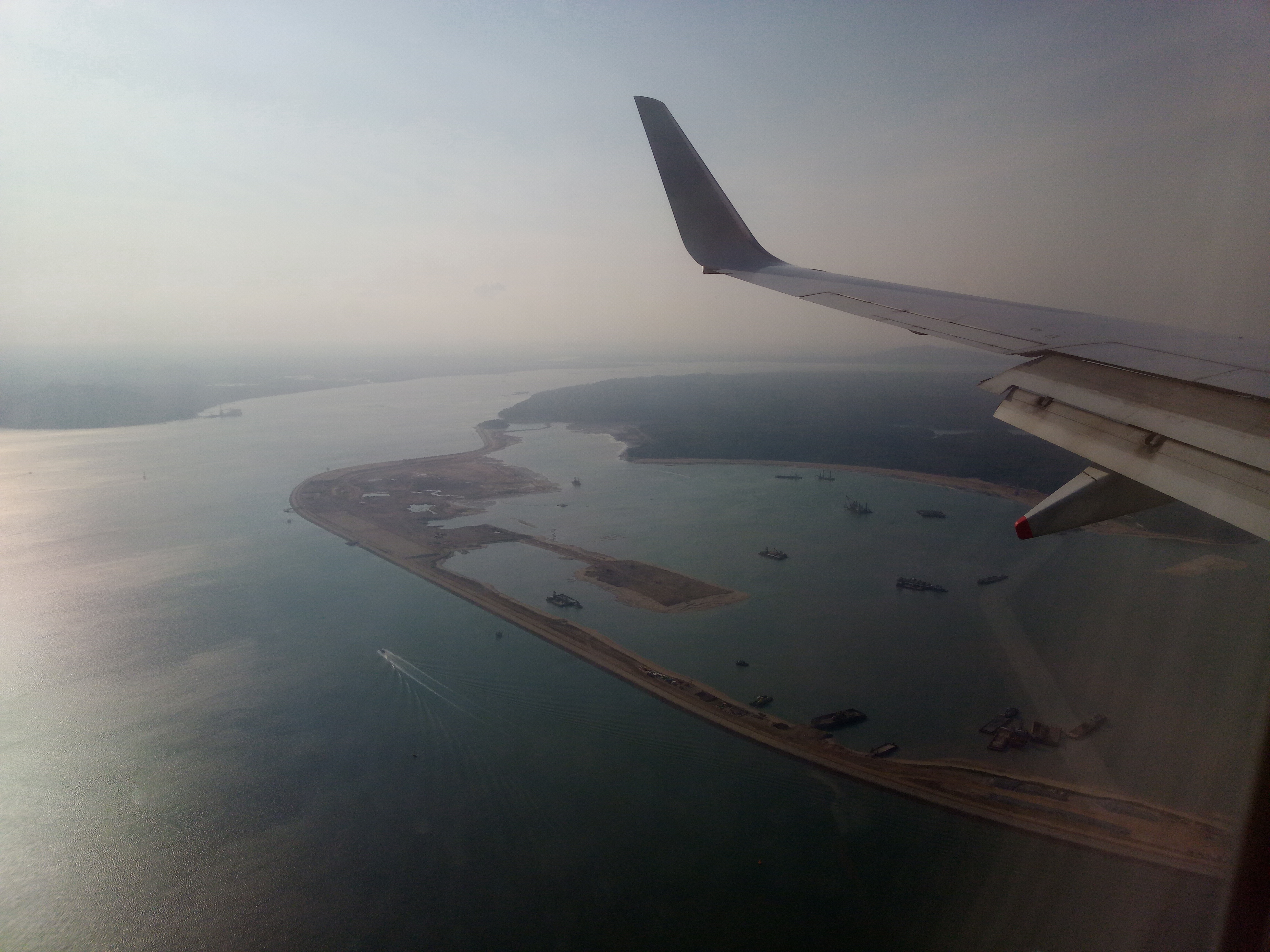 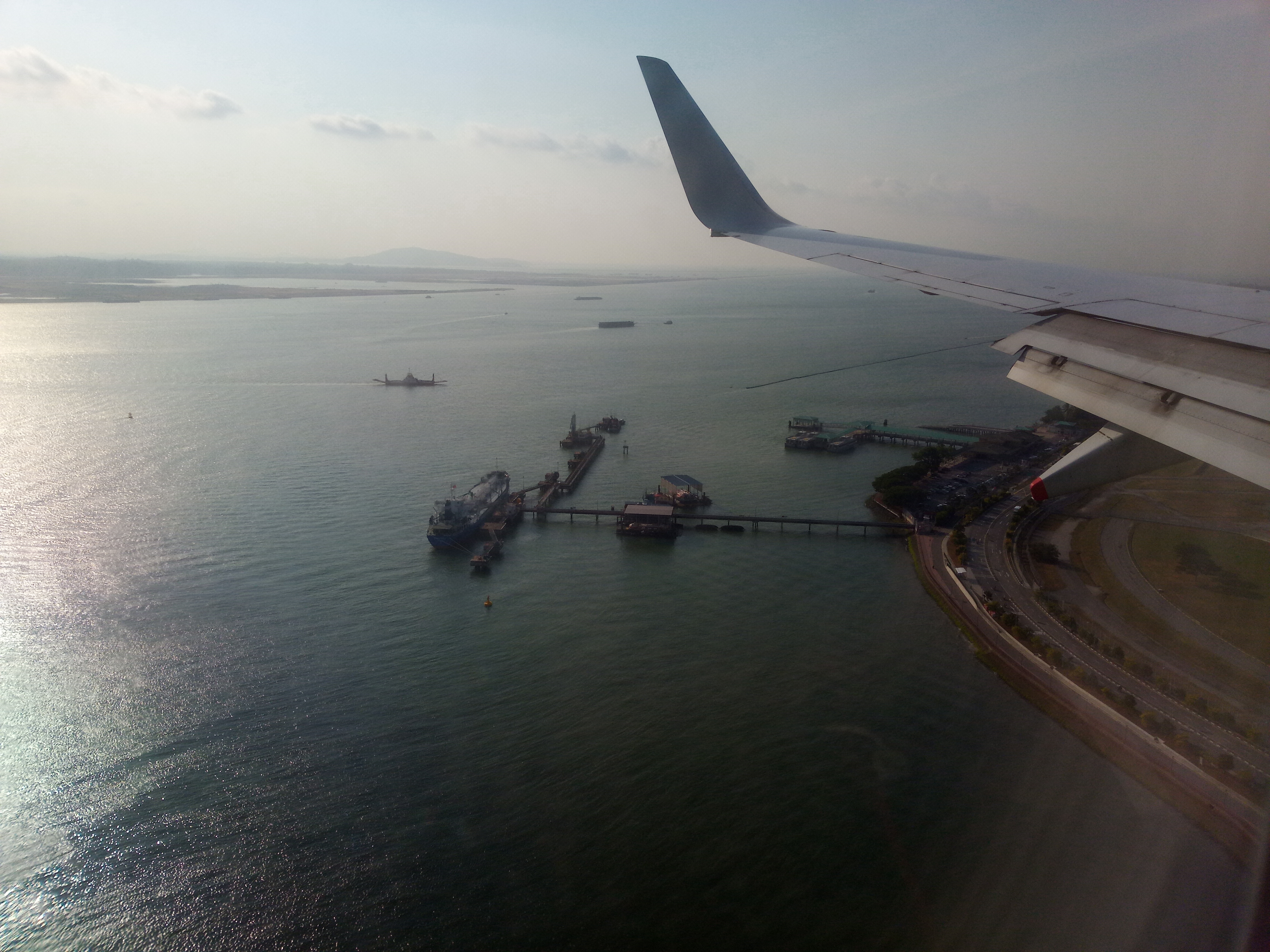 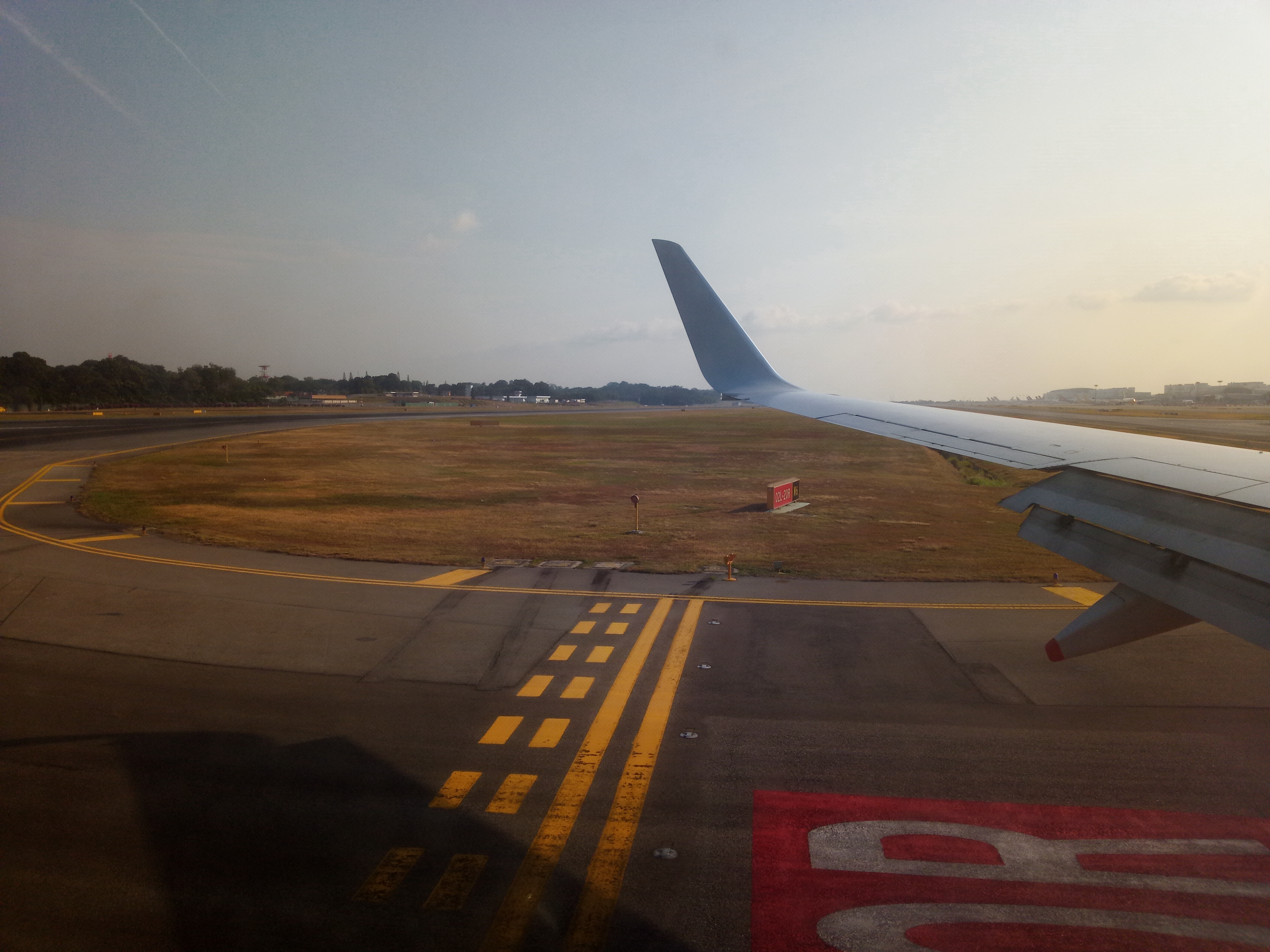 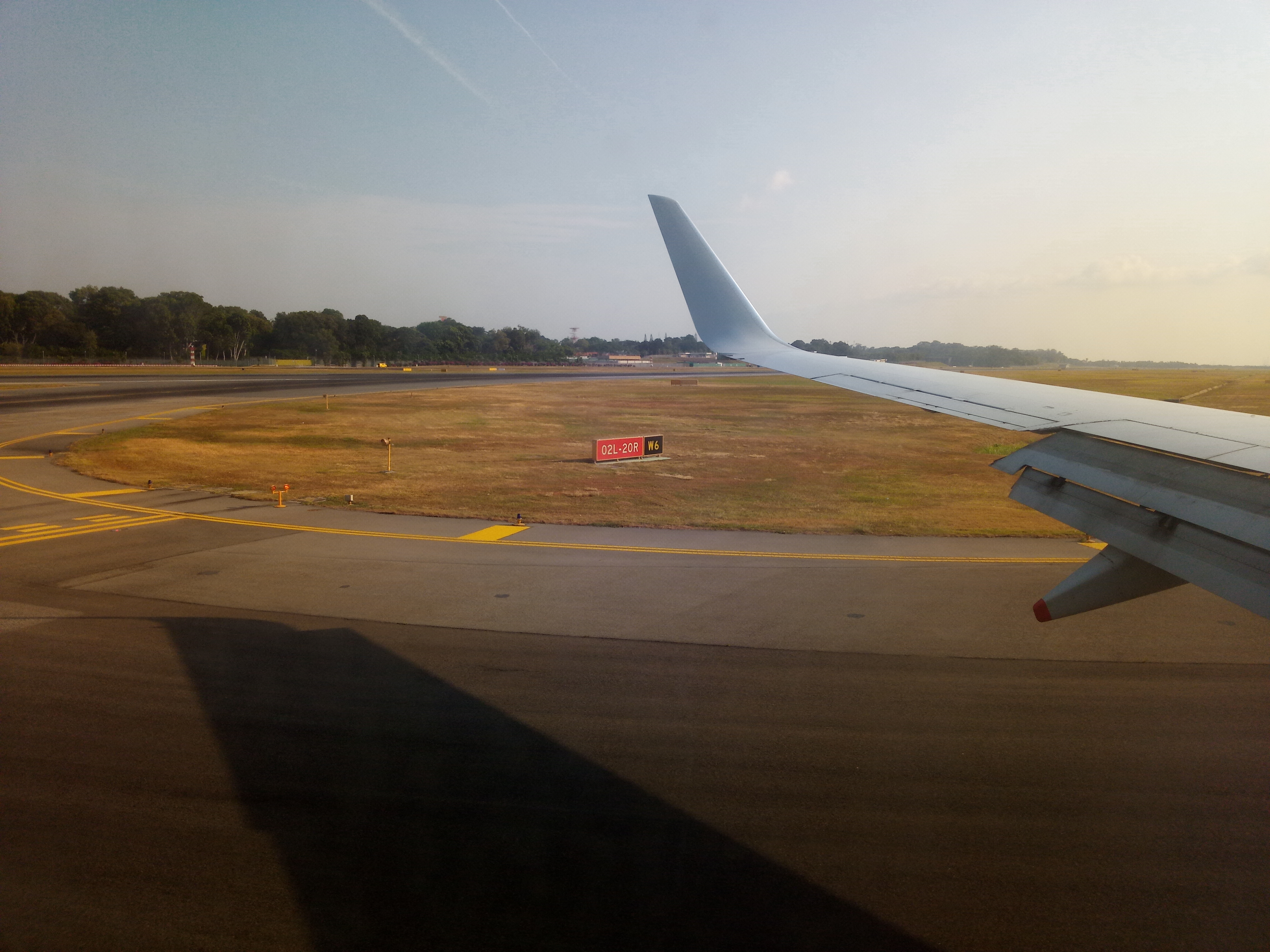 Scoot Dreamliner and SQ A350. 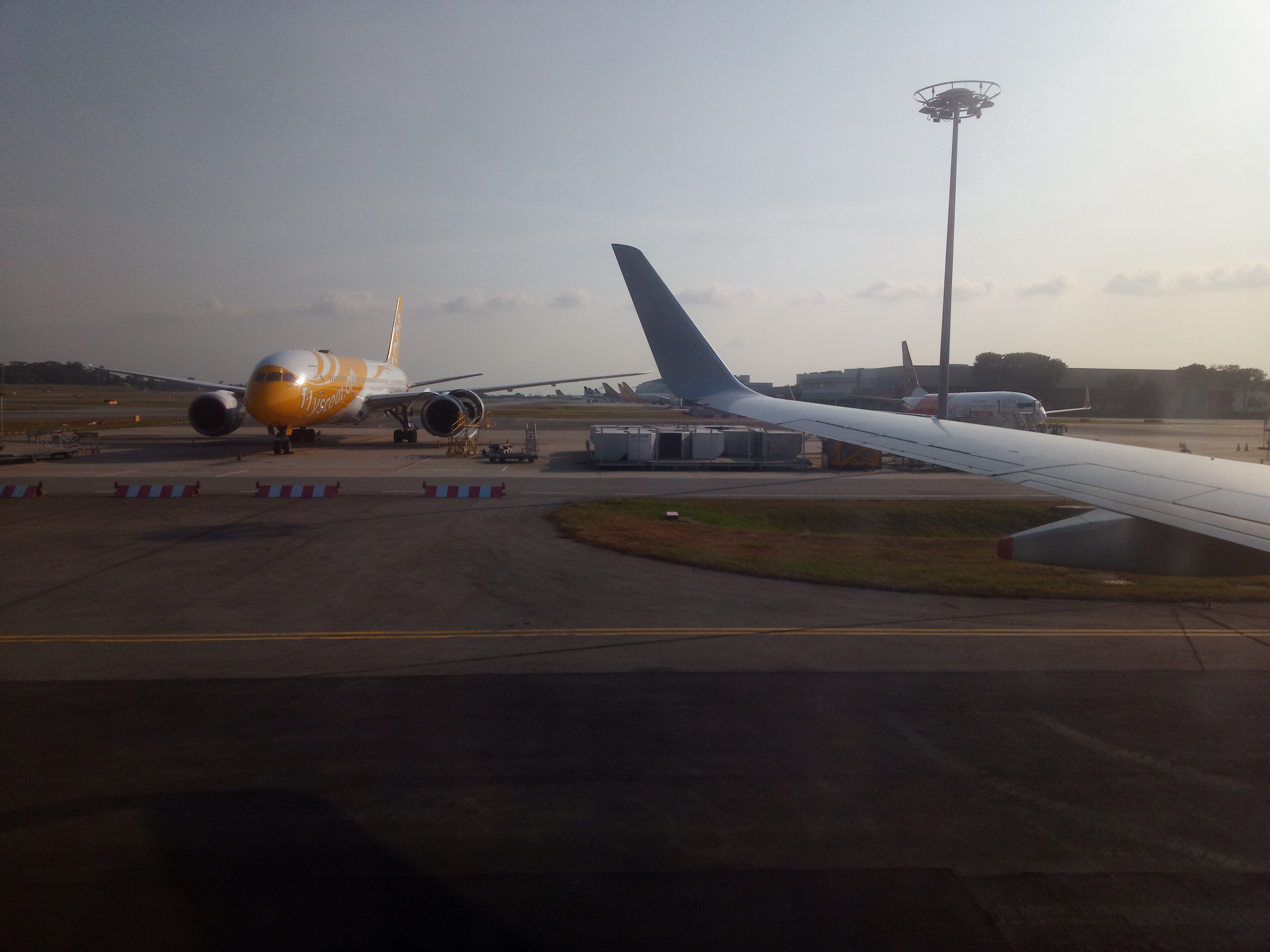 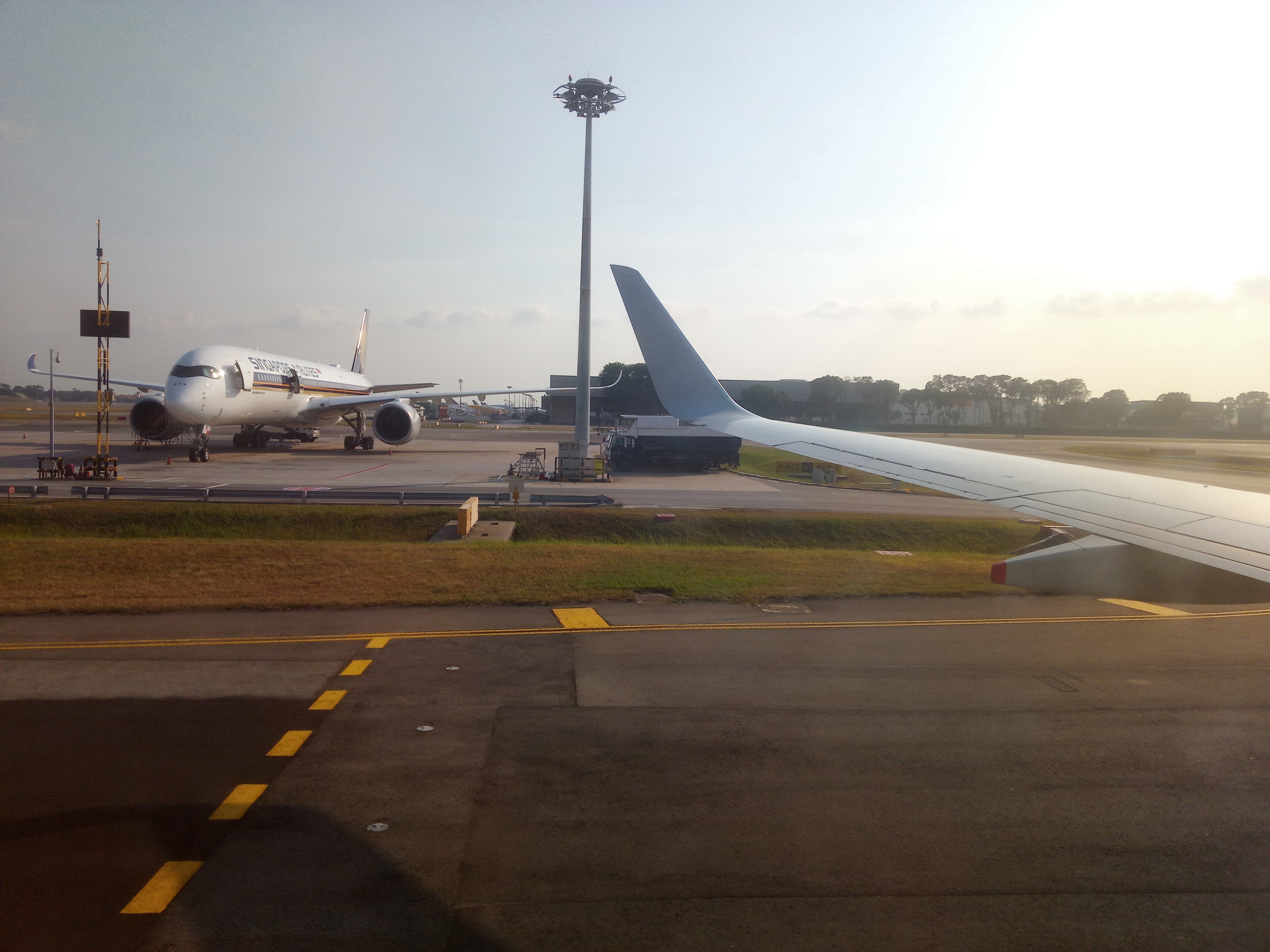 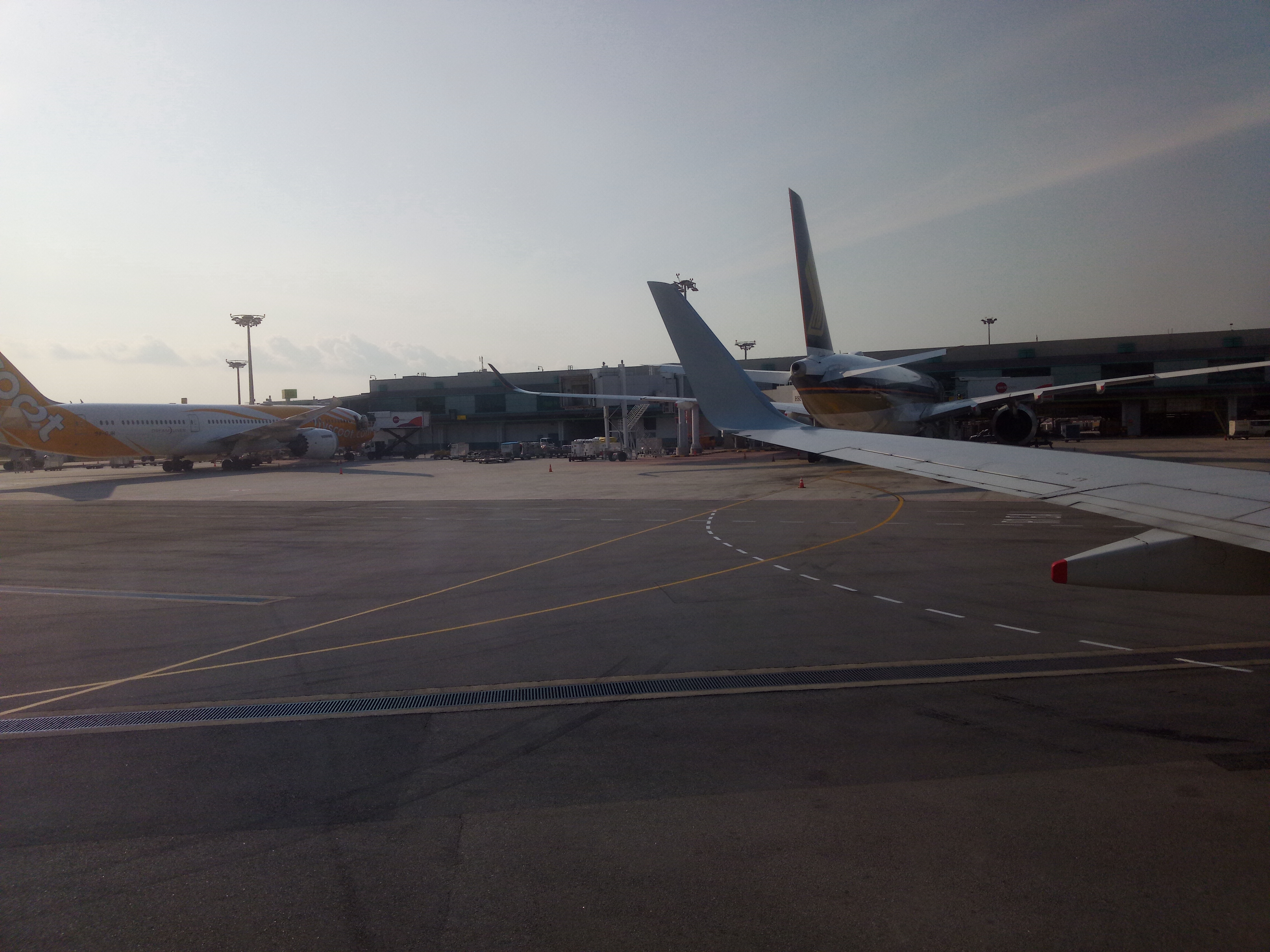 Parked at the gate. 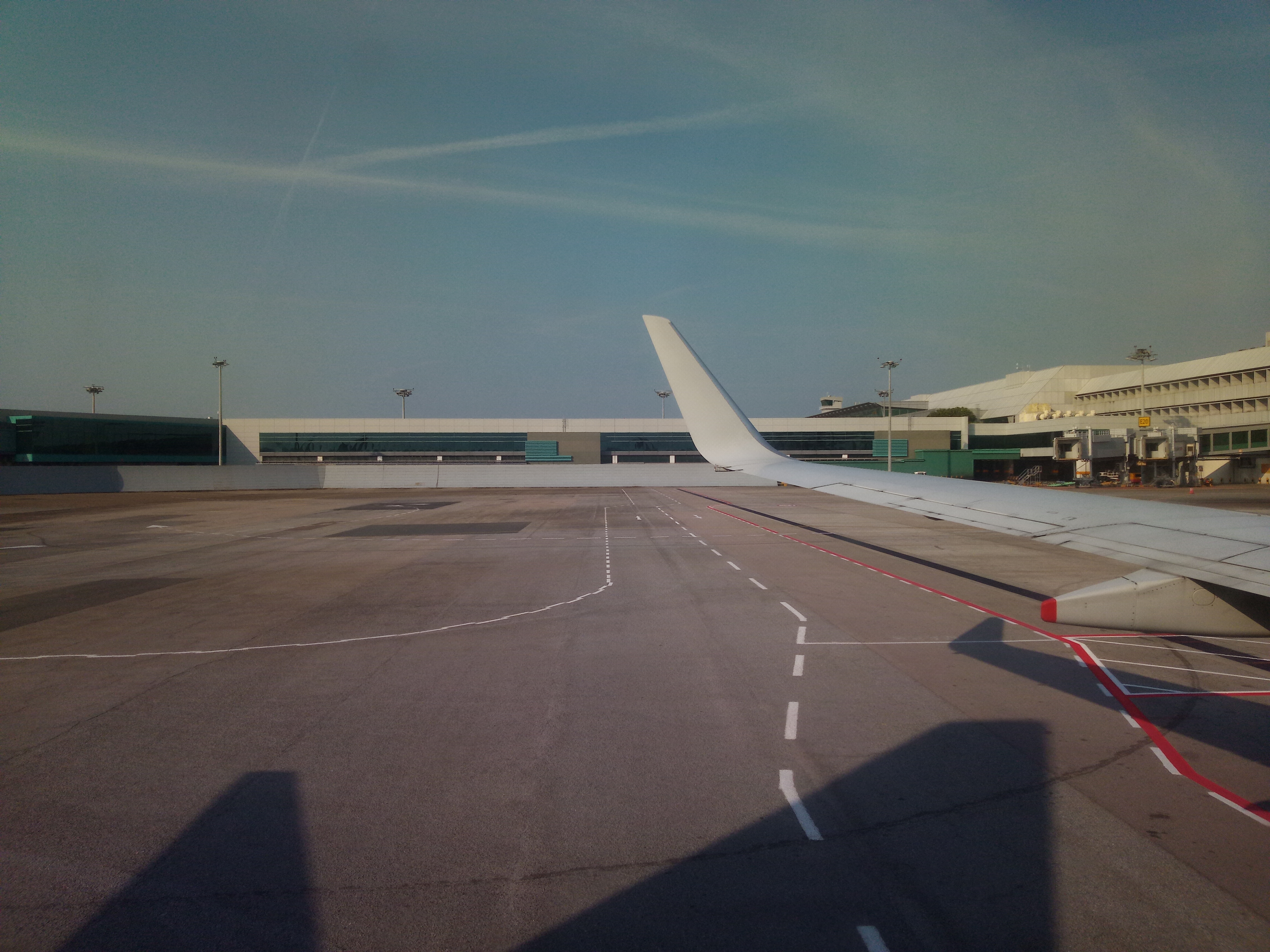 Logbook returned from the flight crew, along with a Silk Air pen to keep for souvenir. 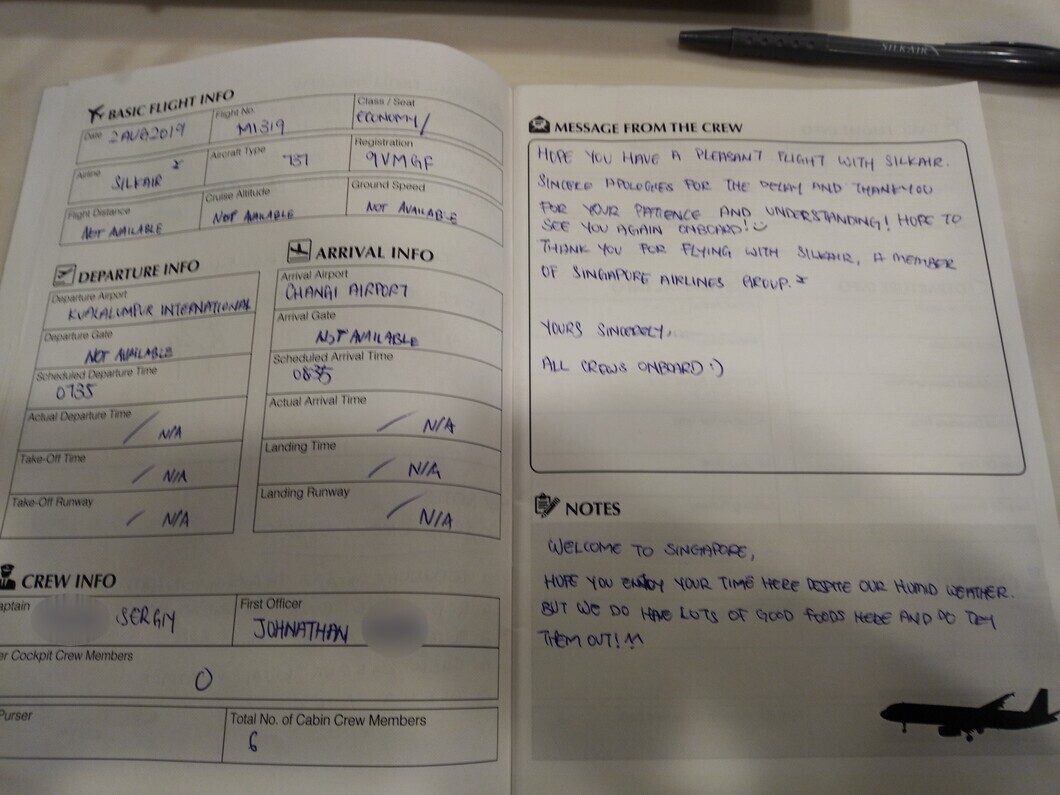 Conclusion
Overall, it was a nice flight aboard Silk Air. Up next is a 9.5-hour layover before flying onward to Manila aboard Singapore Airlines on the Dreamliner.
Top
Post Reply