What a time we live in. It has to be true that affordable air travel is a significant factor in COVID-19's spread. Therefore it is hardly a surprise that nations have worked to discourage international travel. For me, that creates a vast lingering question over aviation's future role.

Maybe this is the end of travel as we knew it?

With that fear, I ordered a Bolt. Usually, I'd end up with a Prius at best, but today a Mercedes E-Class arrived. Why? Without any corporate work, to keep food on their table, this chauffeur has signed up to rideshare. 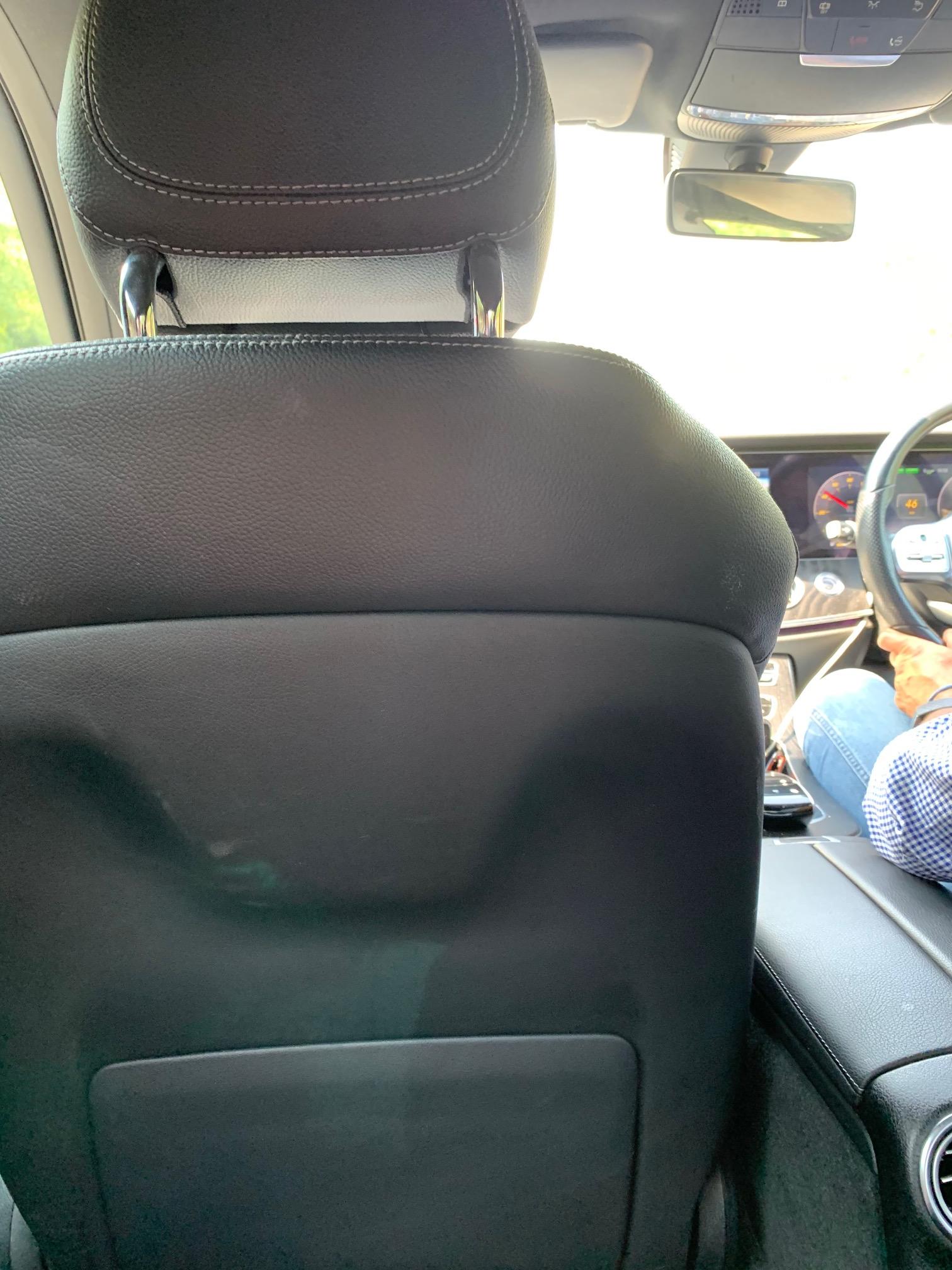 He was intrigued by somebody making an overseas trip. In three months of lockdown, he'd only had one airport job, down from roughly 3 a day before.

Entering Heathrow's Central area, it was clear he wasn't alone. However, alone is very much how we were, as the only car driving inside Heathrow. The drop off zone was surreally empty. I thanked my driver and stopped stunned at the abandonment. 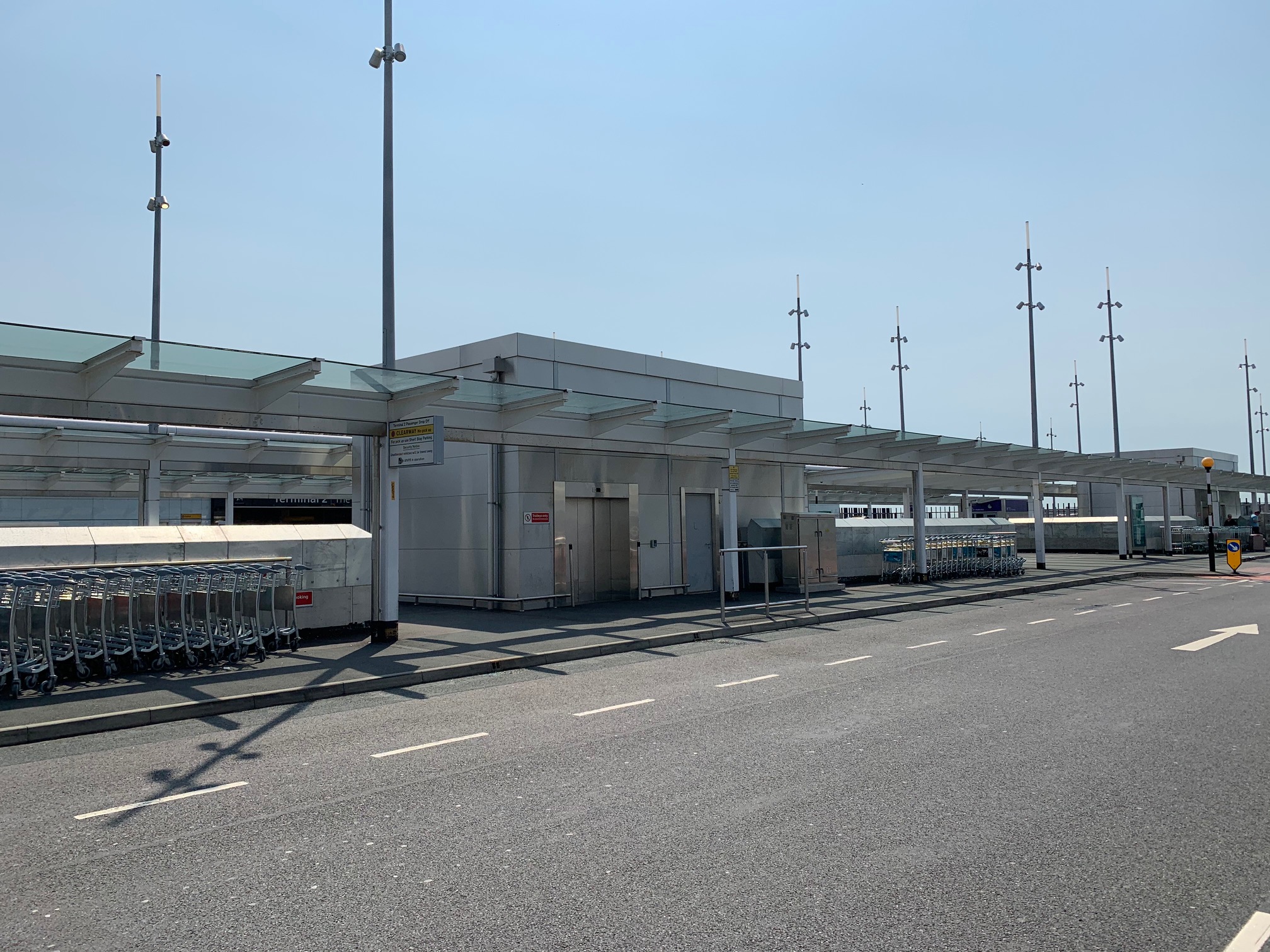 Walking over to The Queen's Terminal, people began to appear. To enter the building was a two-step process. First up, prove you are flying. I had my boarding pass, so check. Two, undergo a temperature test. Check. Inside it was reasonably active, but I didn't want to hang around. 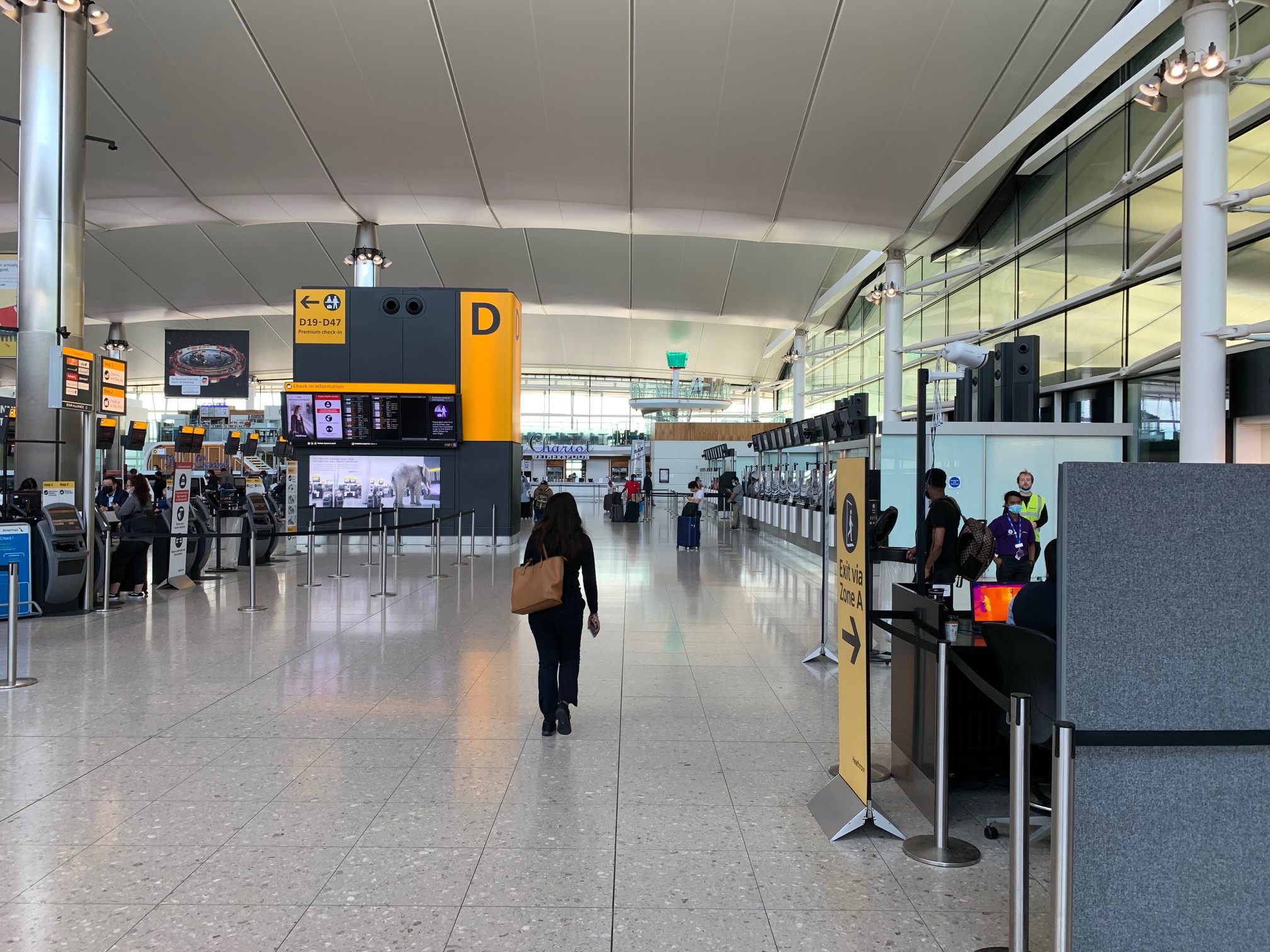 Wearing a wrap-around plastic face shield, I scanned my boarding pass and headed for security. The queue was not long but moved slowly. Only one person can unpack their case at a time, rather than the usual side by side approach. So, despite only a handful of passengers, it was slow. 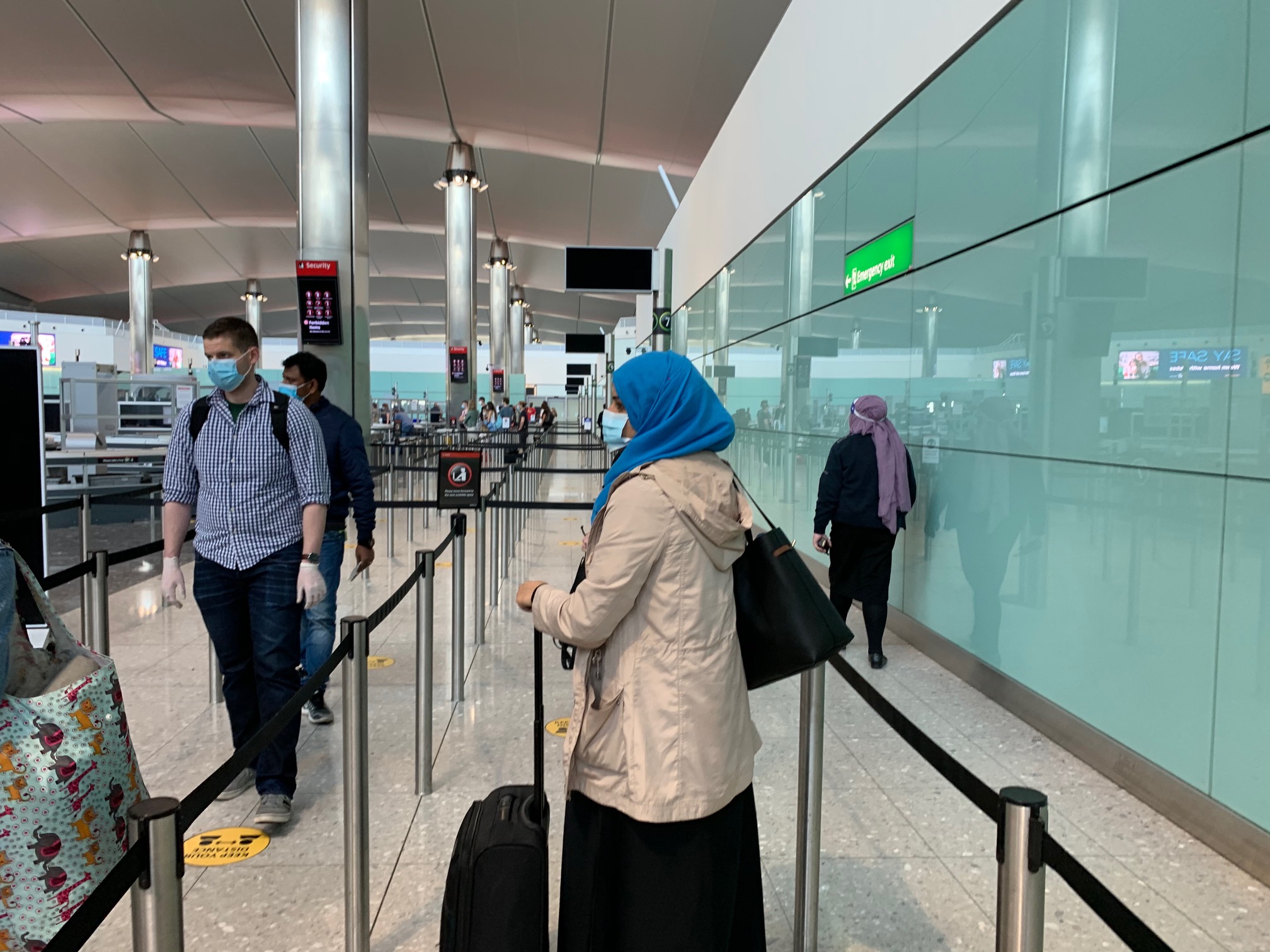 I made it through without any issues, but I can only describe myself as feeling disorientated. Such a familiar experience was different and almost a little sinister.

Airside was reasonably active. Although some of the smaller shops were closed, quite a lot was open for the most part. You could even get a burger, but the queue (for the line) was huge, I lost count at 40 people. So I simply grabbed a bottle of water and a sandwich. 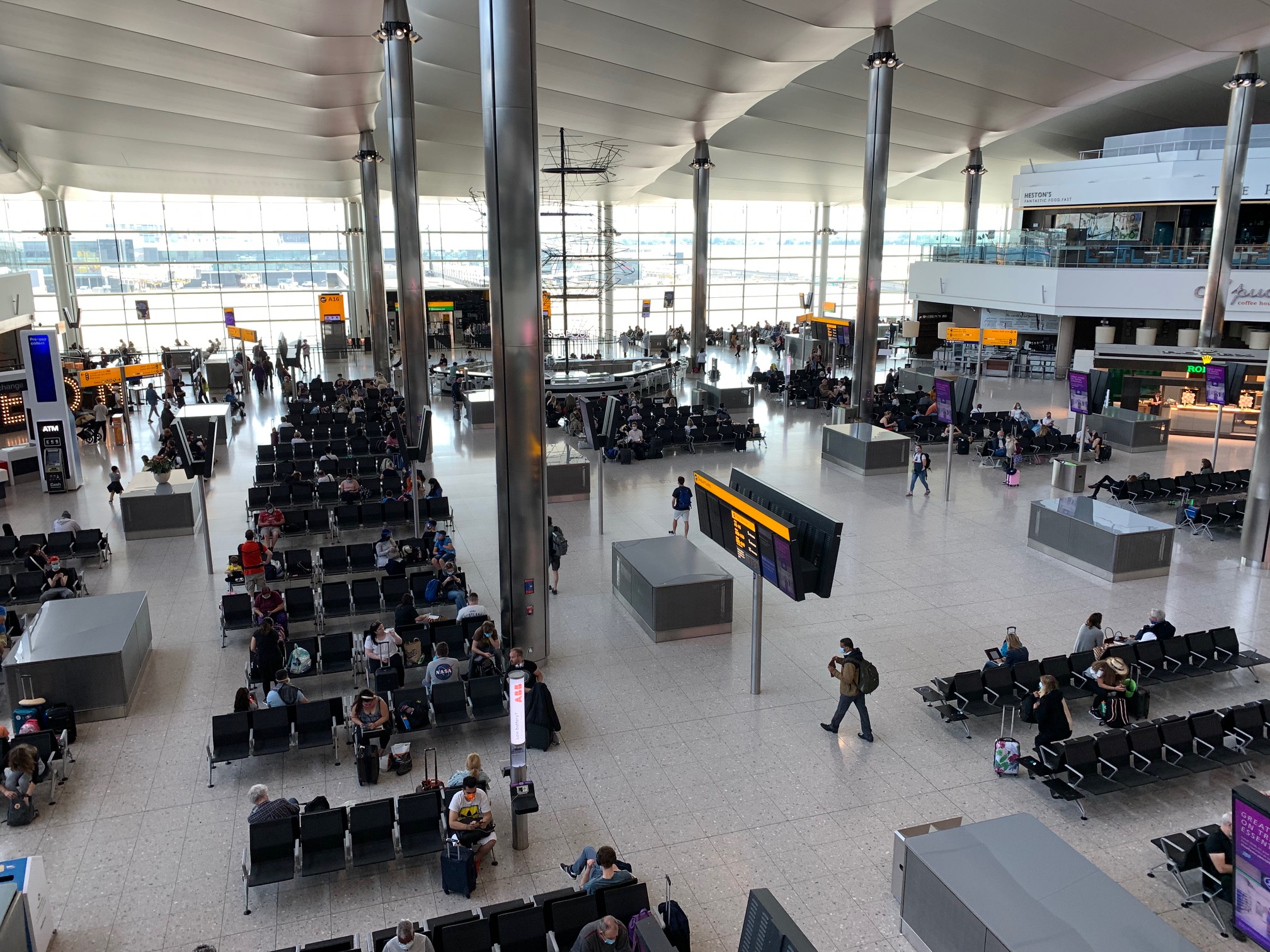 The crew tried to explain we must, "take off your face mask before putting on the aircraft's oxygen mask" in case of emergency.

Heathrow was down to one operational runway. Occasionally a plane went past. Inside was very peaceful, with none of the usual bustle and stress. Heathrow hasn't been like that for many decades. 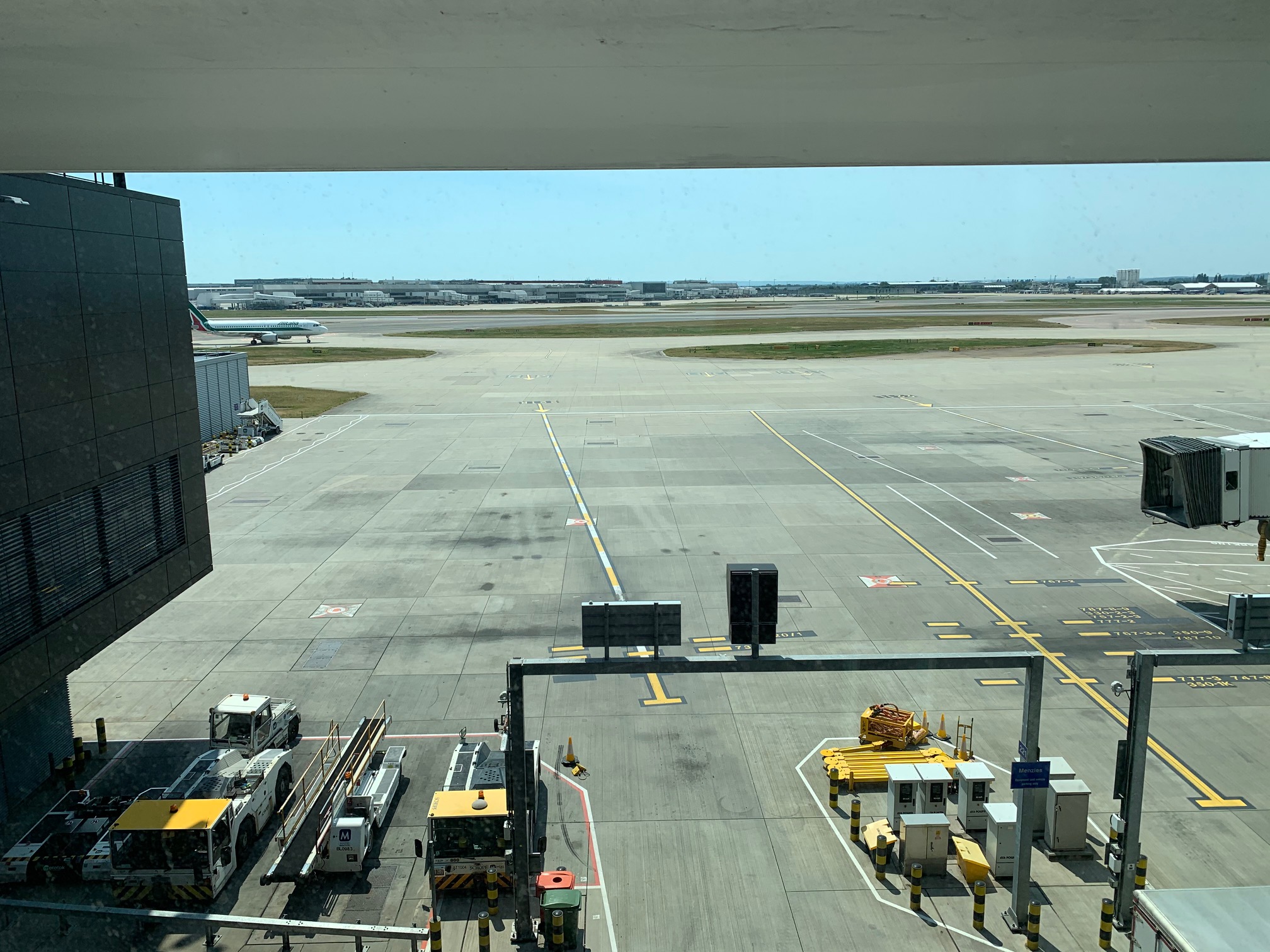 Despite the lack of planes, my flight still departed from the furthest gate. If you know Terminal Two, you might appreciate that it is easily a 20-minute walk.

Air Canada's flight to Vancouver seemed reasonably busy, while around a dozen passengers waited to board American's Miami flight. An Emirates 777 parked next to AA, but it had no passengers, only carrying cargo. Of course, these airlines don't usually fly from Terminal Two, but T3 has closed down. Across the field, T4 was also completely empty. 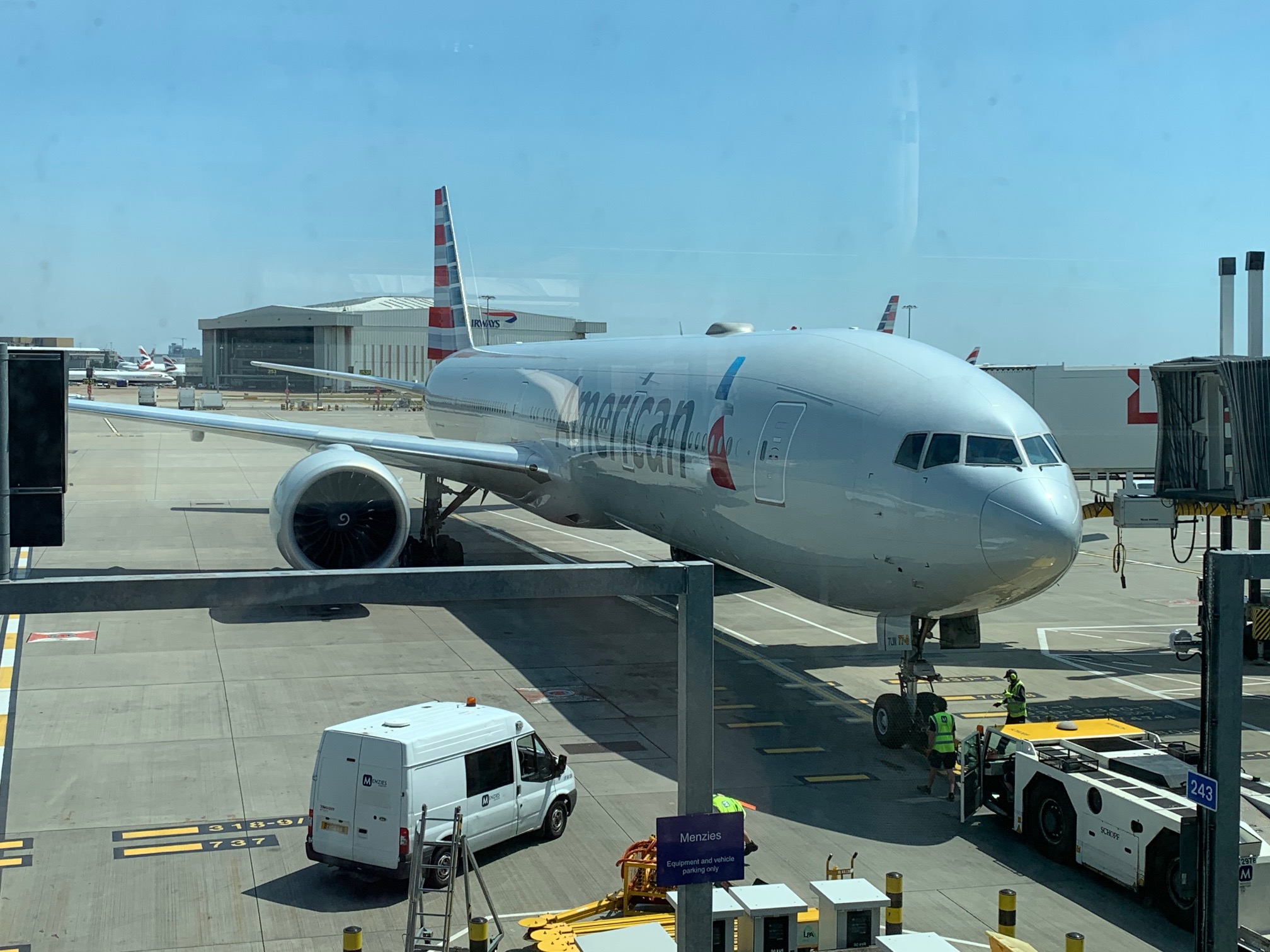 There was a small socially distanced queue to board. All roller bags were banned. I don't mind that, but it is a little late to let people know. I'd thrown away a paper bag, had I known then my medication could have gone in it. If this is a new policy, for goodness sake, have a supply of small bags for passengers. 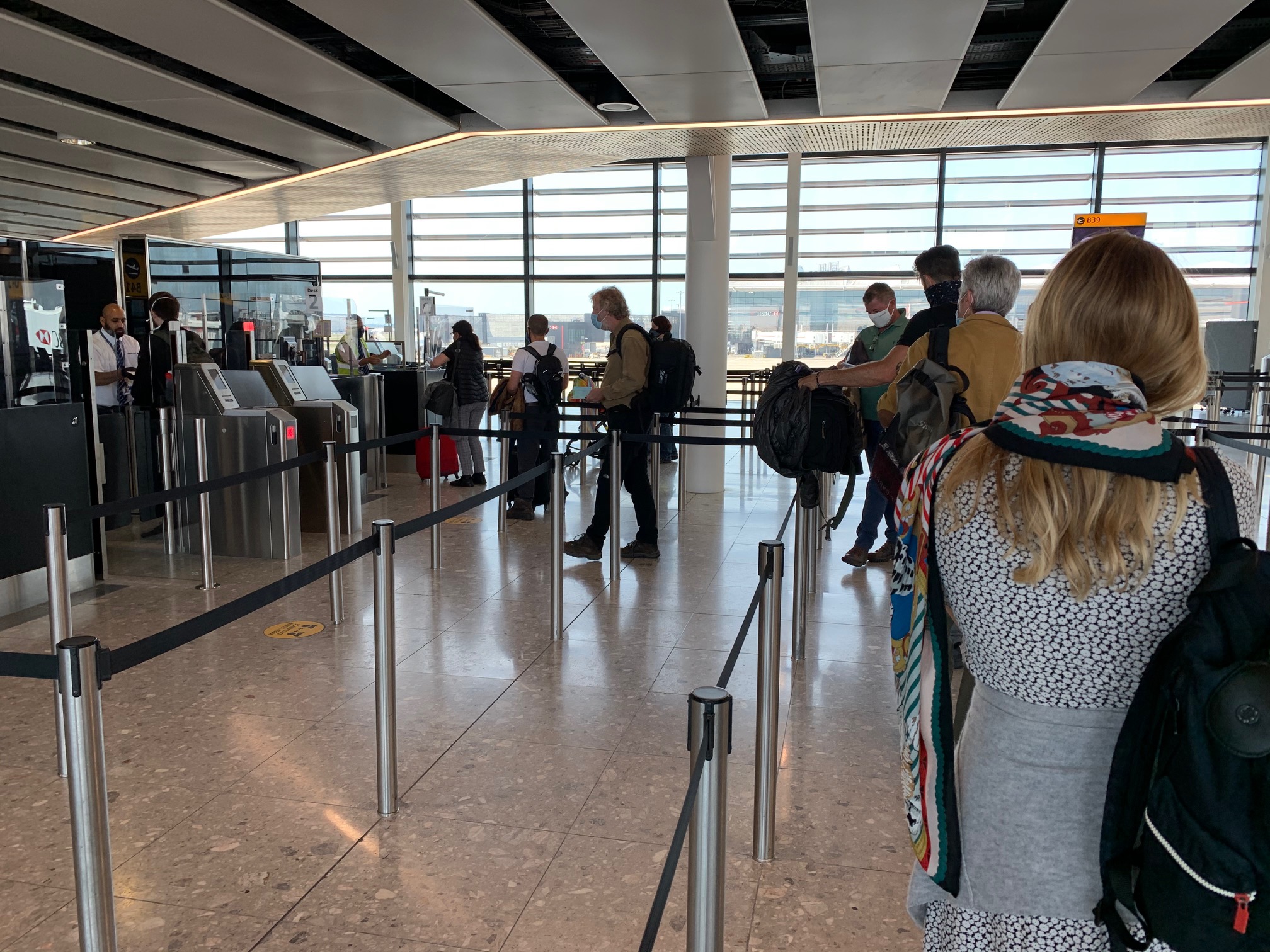 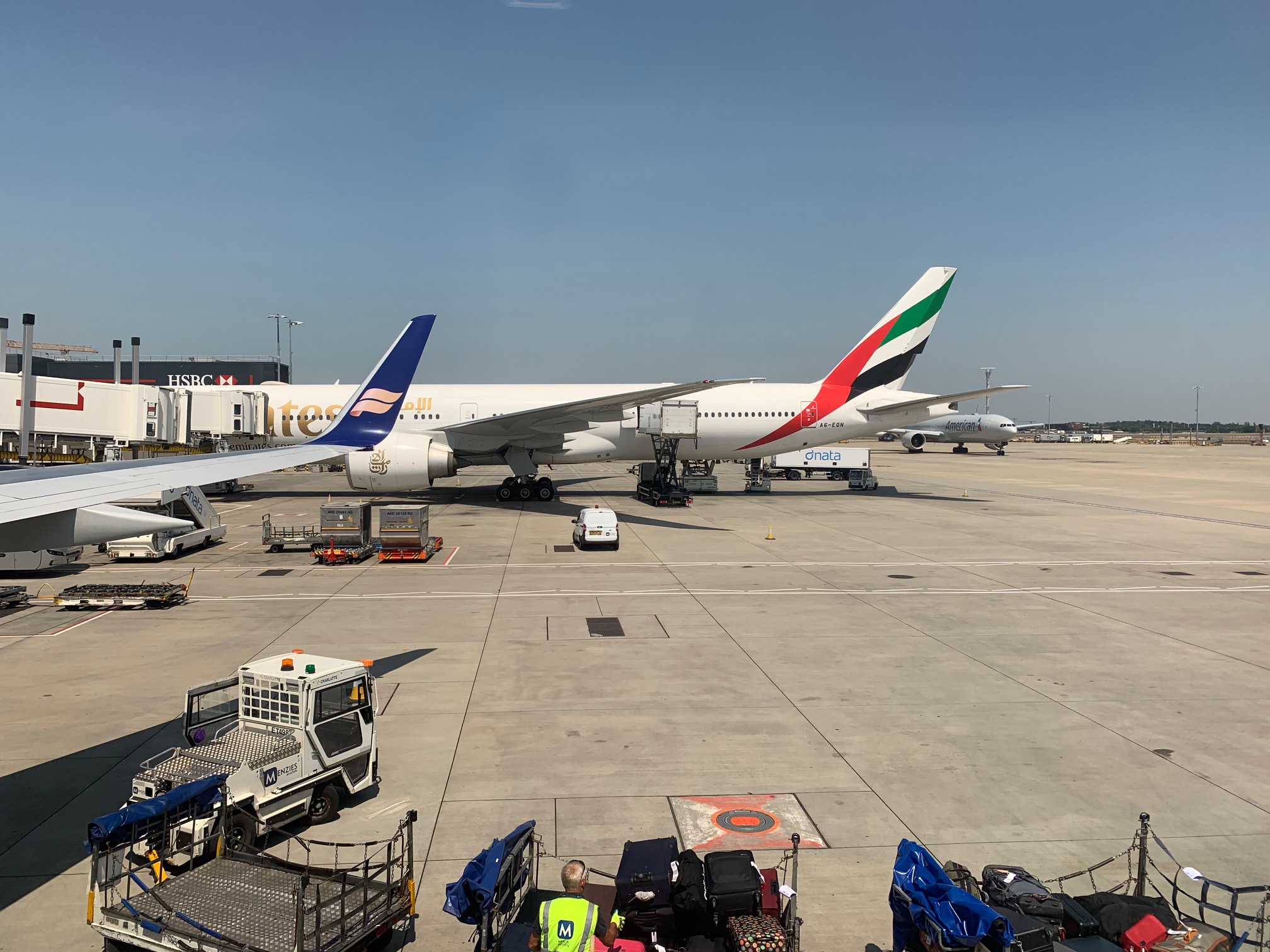 Upon boarding a trolley was sat next to the door. On it was bottled water to help yourself. Thus concludes the cabin service. All the crew were wearing masks and apologised that they had to minimise contact. That means no food, no duty-free, no magazine, and no seatback entertainment. 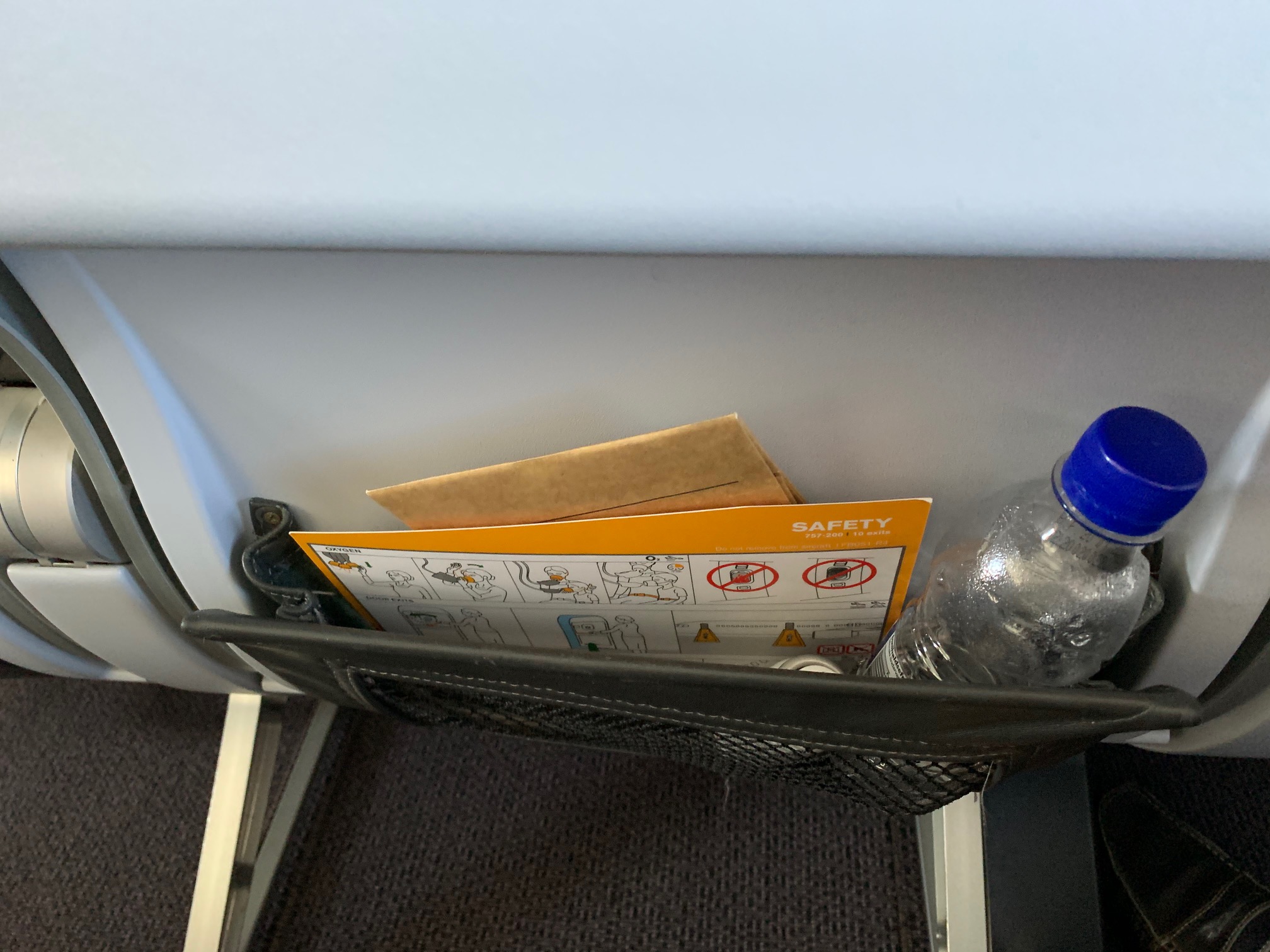 With 30 degree temperatures and still winds, our 757 took forever to take off. Sadly the smog meant no views of London.

There on after I connected to the wifi and did some work. With a 32 inch pitch and a block to myself, there was plenty of space. However, a power outlet would have been handy. 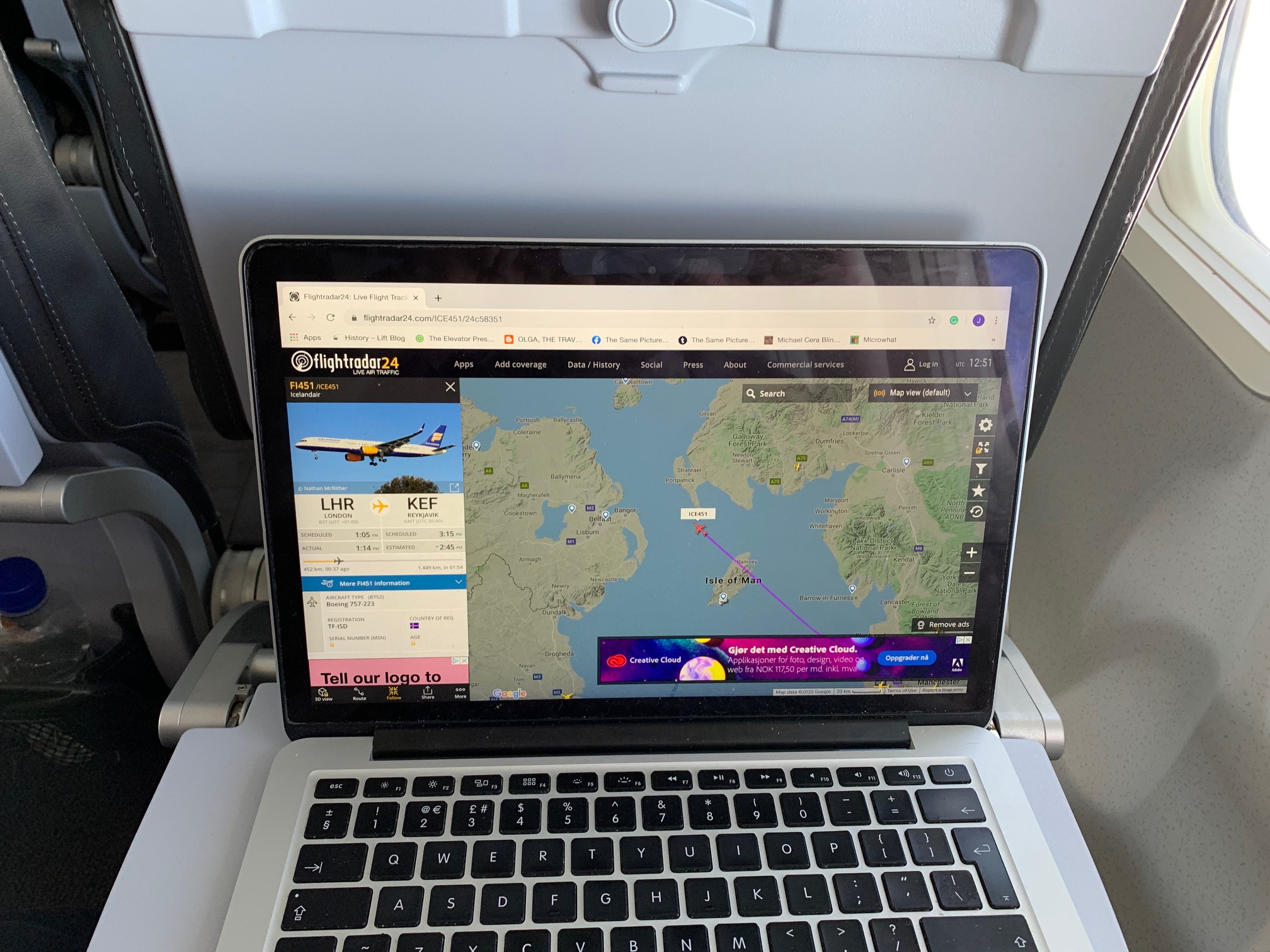 Everyone on board had a mask and kept them on. We were asked not to use the lavatory if possible and that the forward toilet was for crew only. 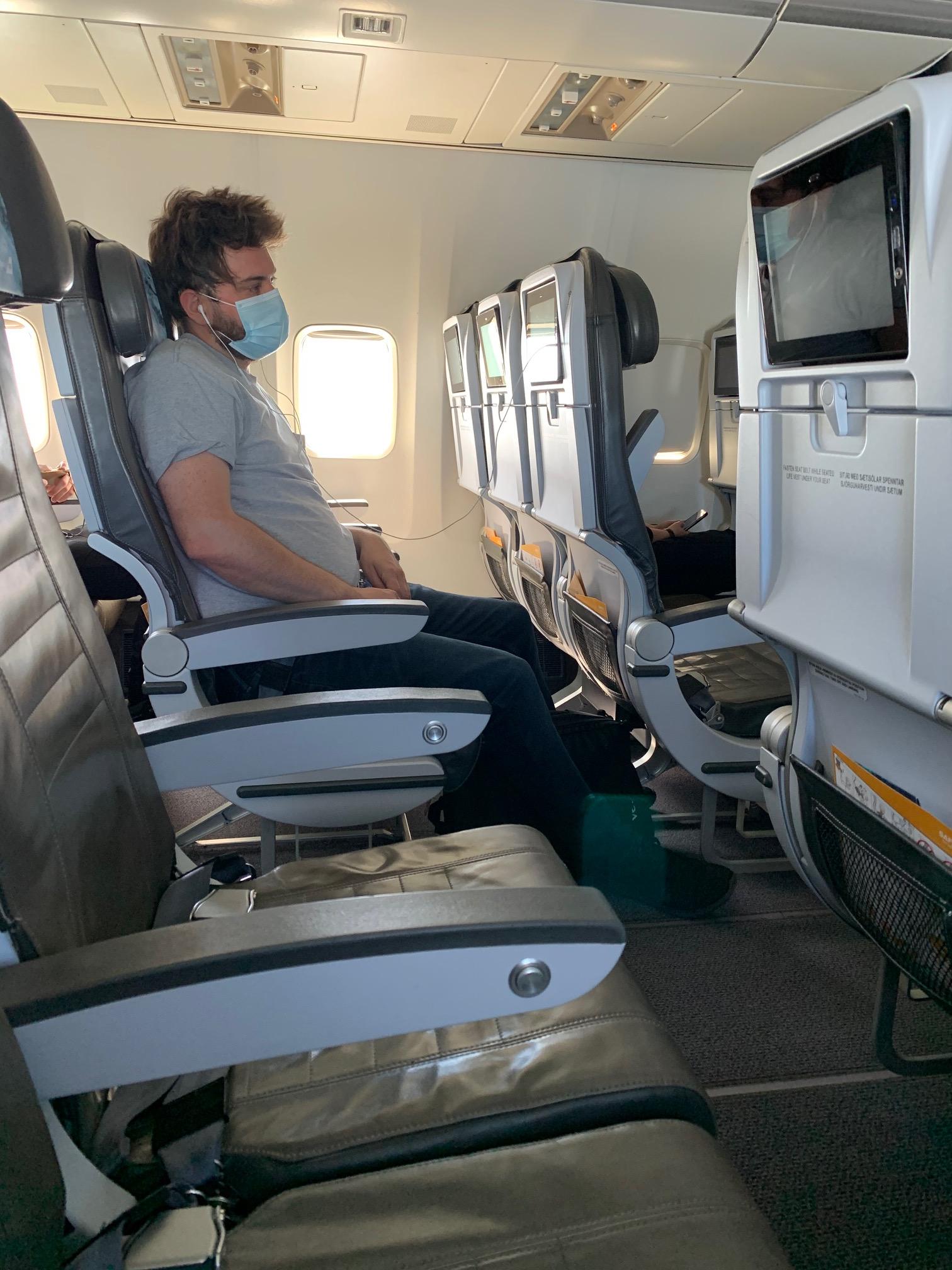 Wifi worked very well, which is not surprising, with only 1/3 of the seats filled.

The aircraft was 29 years old. Although it appeared dated, an average flyer wouldn't guess the plane's actual age. 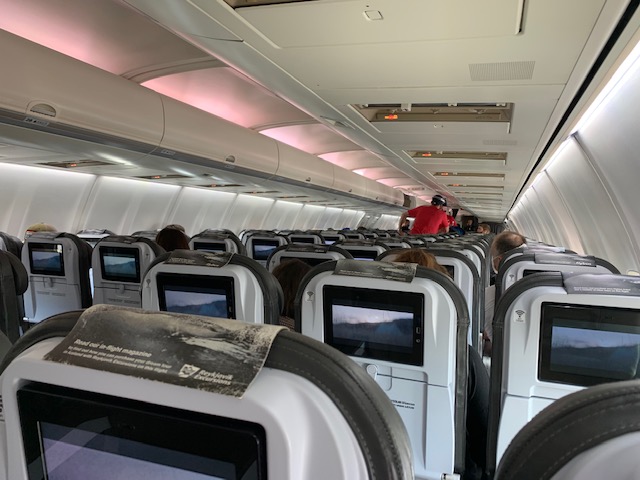 Sitting with a plastic shield around your face, surrounded by others in surgical masks, is not relaxing. Maybe it is the future of flying? 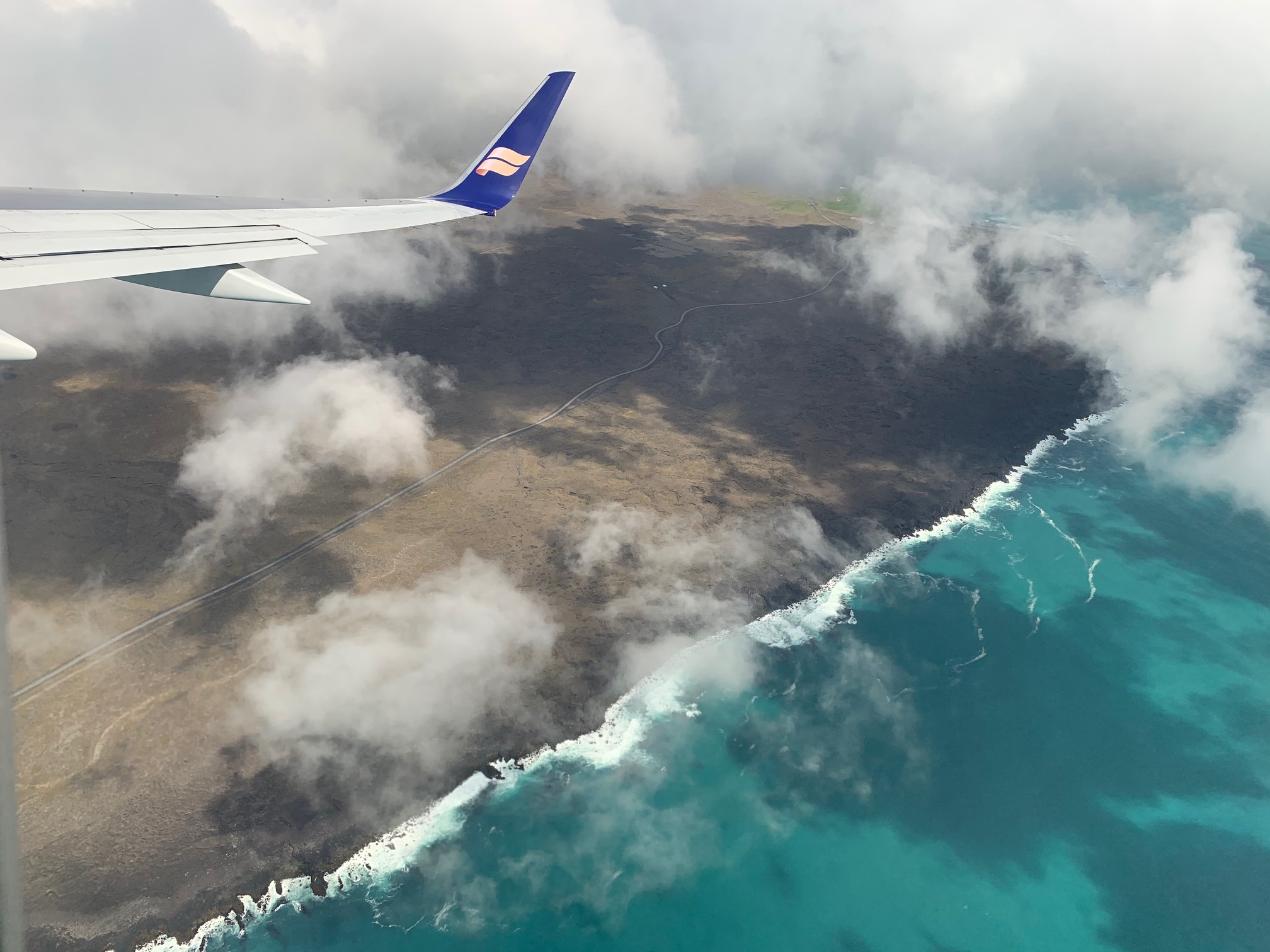 Upon landing, we were instructed to remain seated and exit by row, with so few passengers that worked reasonably well. I had lost a bottle of hand sanitizer, which the cabin crew helped me hunt around and find. I really got the impression they were pleased by the opportunity of engaging with a passenger. 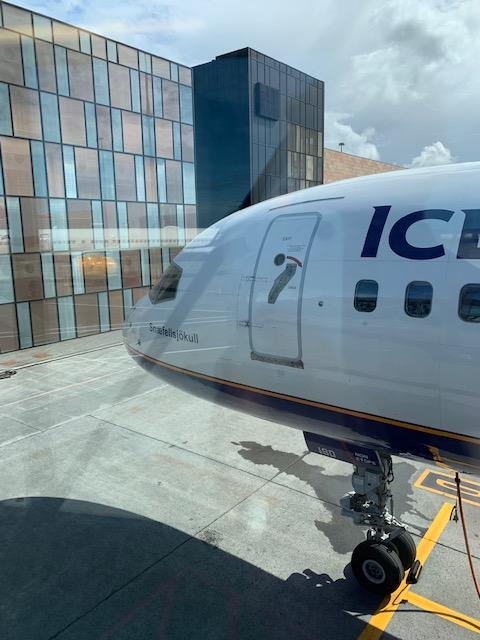 An ad-hoc passport control was set up as we exited the plane. The next stop was proving that you had registered for arrival. I had to show a barcode, but if you didn't have one, it was possible to apply via neighbouring booths. 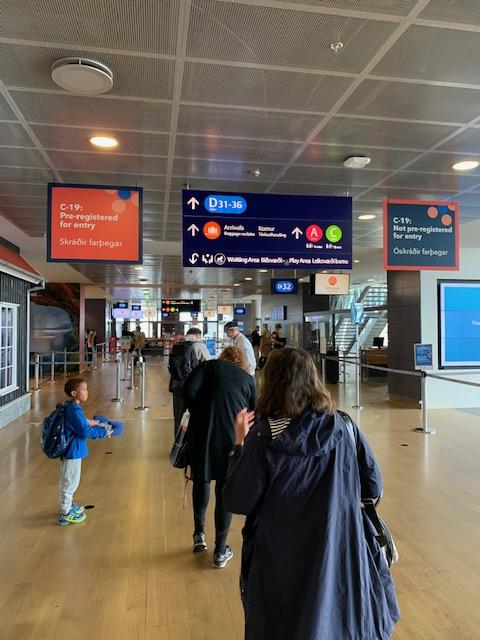 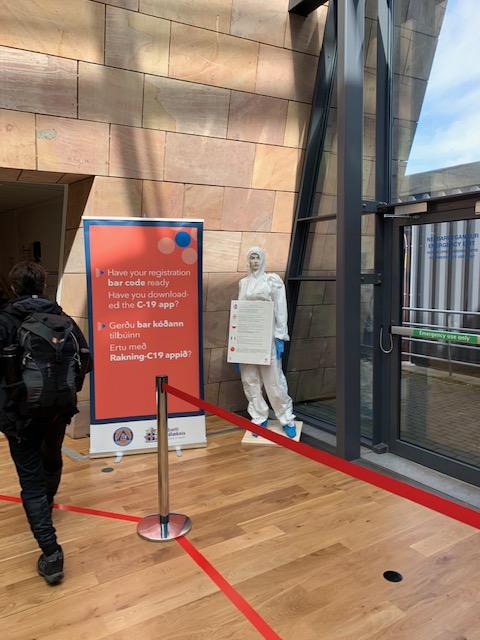 Next, it was past a particularly fetching mannequin in a hazmat suit and up to quarantine control. The process was surprisingly efficient, with a mixture of airport and Icelandair staff directing people to a numbered booth. I was shown to number eight. In number eight, a nurse and doctor wanted my barcode and some ID. They were making an effort to be extremely kind and calming.

First up, a throat swab. Then a swab up the nose. I'd been warned this was painful, but I didn't find it so.

Dazed, confused, and in need of a toilet, I went to the next booth. A very friendly border guard explained I'd get the results by text and handed me a fact sheet.

Having picked up my hire car, I headed for a supermarket. Right now, Iceland has no community COVID, so life is normal. It was so strange not having to look at surfaces with a fear of touching them — what a respite. 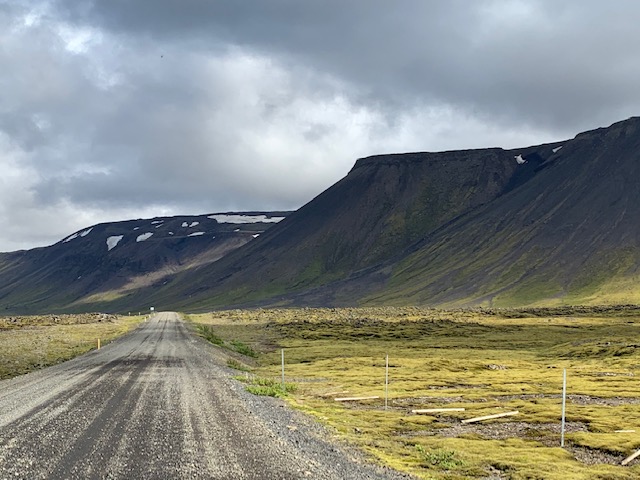 Searching for a place to hold a call, I pulled off the main highway down a side road. After five minutes of driving through nowhere, I came across a lovely little place to park. There was a small sign and pathway, so with time to spare, I headed along it. 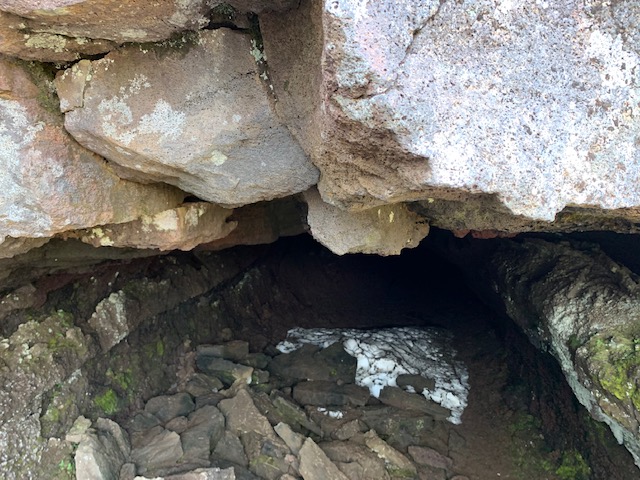 At the end was a hole, the top of a volcano. So I climbed down in my slip-on shoes. Phone torch in handed I started walking inside. Far from being hot, it was cold. 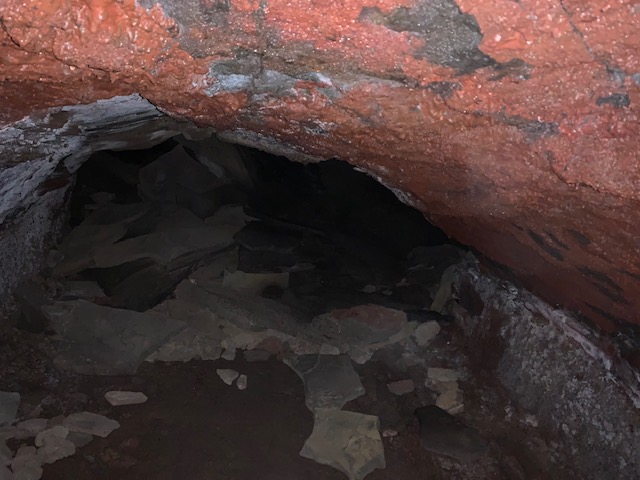 With my phone torch, the cave roof glistened. 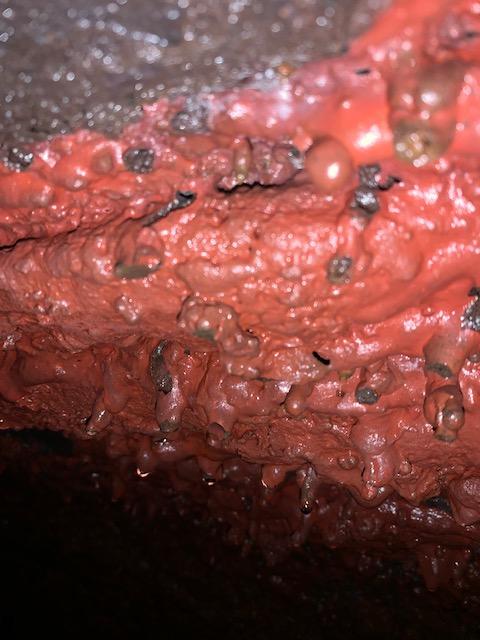 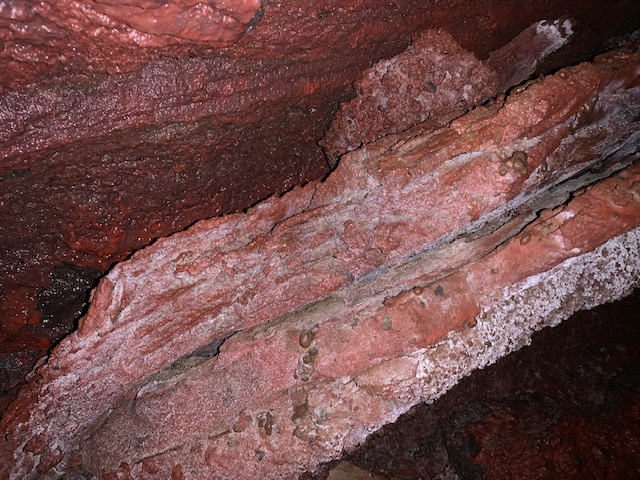 I'd accidentally ended up inside a volcano. What an adventure. Adventure and respite, we still need them both, so we still need travel. There I shall leave you. Thank you for reading.
Top

Interesting trip report and nice pictures. I flew BA LHR-ORD towards the end of May and back then the airport was completely deserted, so judging from your pictures it looks like travel may have picked back up a bit. It will be interesting to see how long the UK sticks with their 14 day quarantine policy because that obviously can't be good for air travel.
Will you watch the Cleveland Browns and the Detroit Lions on Sunday? Only if coach Eric Mangini resigned after a loss.
Top

mke717spotter wrote:
Interesting trip report and nice pictures. I flew BA LHR-ORD towards the end of May and back then the airport was completely deserted, so judging from your pictures it looks like travel may have picked back up a bit. It will be interesting to see how long the UK sticks with their 14 day quarantine policy because that obviously can't be good for air travel.

Thank you. Interestingly I've seen a video of the same flight roughly a week later and LHR looked noticeably busier. Thankfully the UK is withdrawing quarantine for arrivals from Iceland as of July 10th, hence I've delayed my return by a few days.

As life here is completely normal, with no community COVID, I'm not especially looking forward to the UK.
Top
Locked