Back in 2010 Air France was conducting crew familiarisaton flights between Paris and London. Sadly in the last few days these birds have been retired. I thought I might be nice to post a short trip report from brighter times.

It was a rather cold and blustery morning in Paris. Having enjoyed a very short but pleasant trip to the city of light, the RER dropped me at CDG2. Terminal 2E is beautiful, yet it has a sad history, dating to the roof collapsing, killing the ones below.

Flights to London were signposted one way, but my flight was departing from a satellite. That was somewhat confusing, but the Air France lounge staff were accommodating and set me in the right direction. 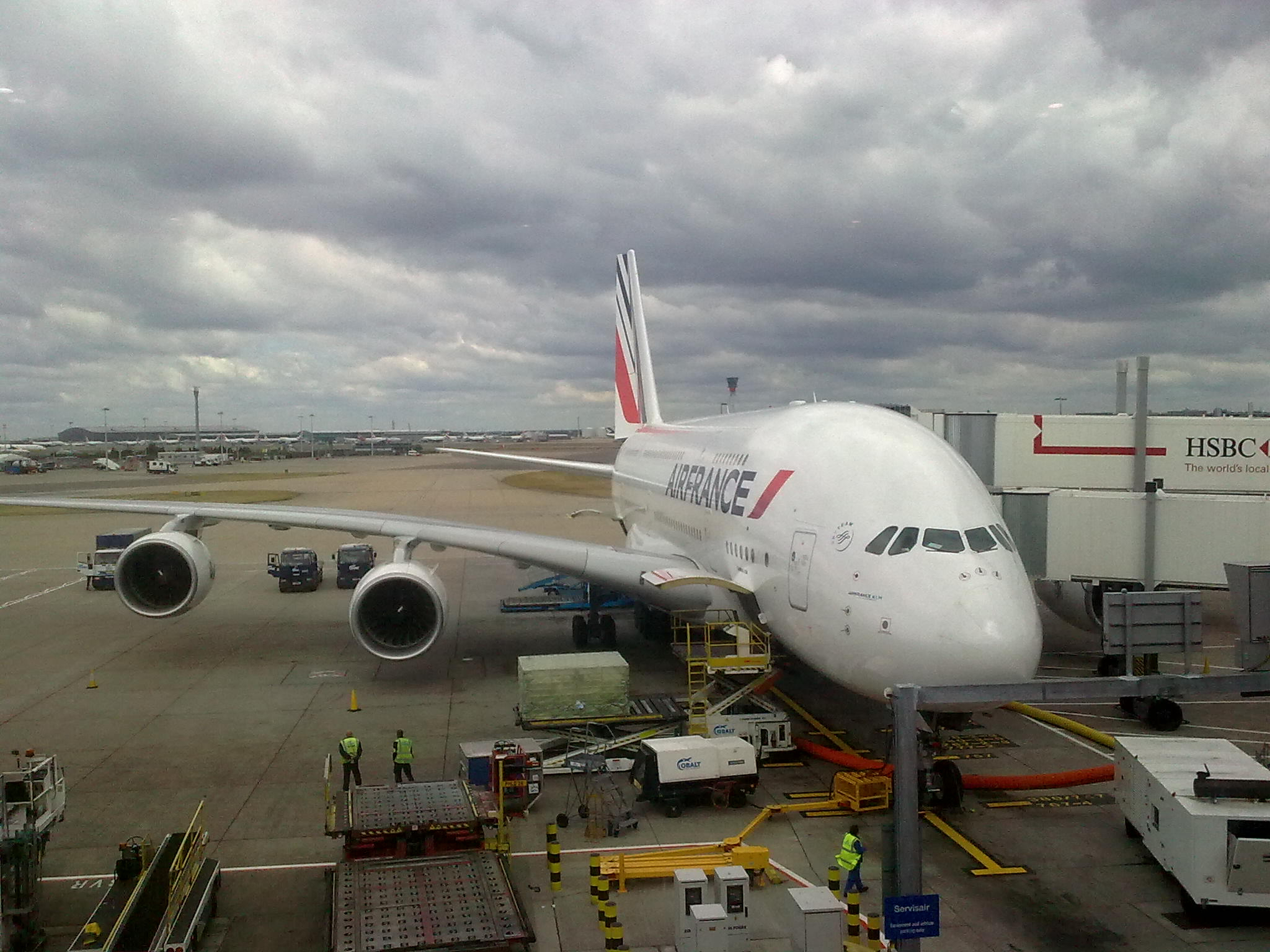 Our factory fresh Airbus A380 awaited. Air France was operating a series of staff training flights before formally launching services. That meant the A380 was causing some excitement, I distinctly remember American's on a neighbouring flight saying, "wow, they have double-decker planes here.”

After boarding, there was an announcement to tell us we'd be delayed due to bad weather. After about twenty minutes, we pushed back, and our initial flight was very rough indeed.

I had the chance to check out Air France's First Class cabin. This featured a four across cabin layout, with every seat having direct aisle access. Each seat was very wide and indeed very open. I would have preferred some greater privacy. However, there was lots of space and plenty of storage. 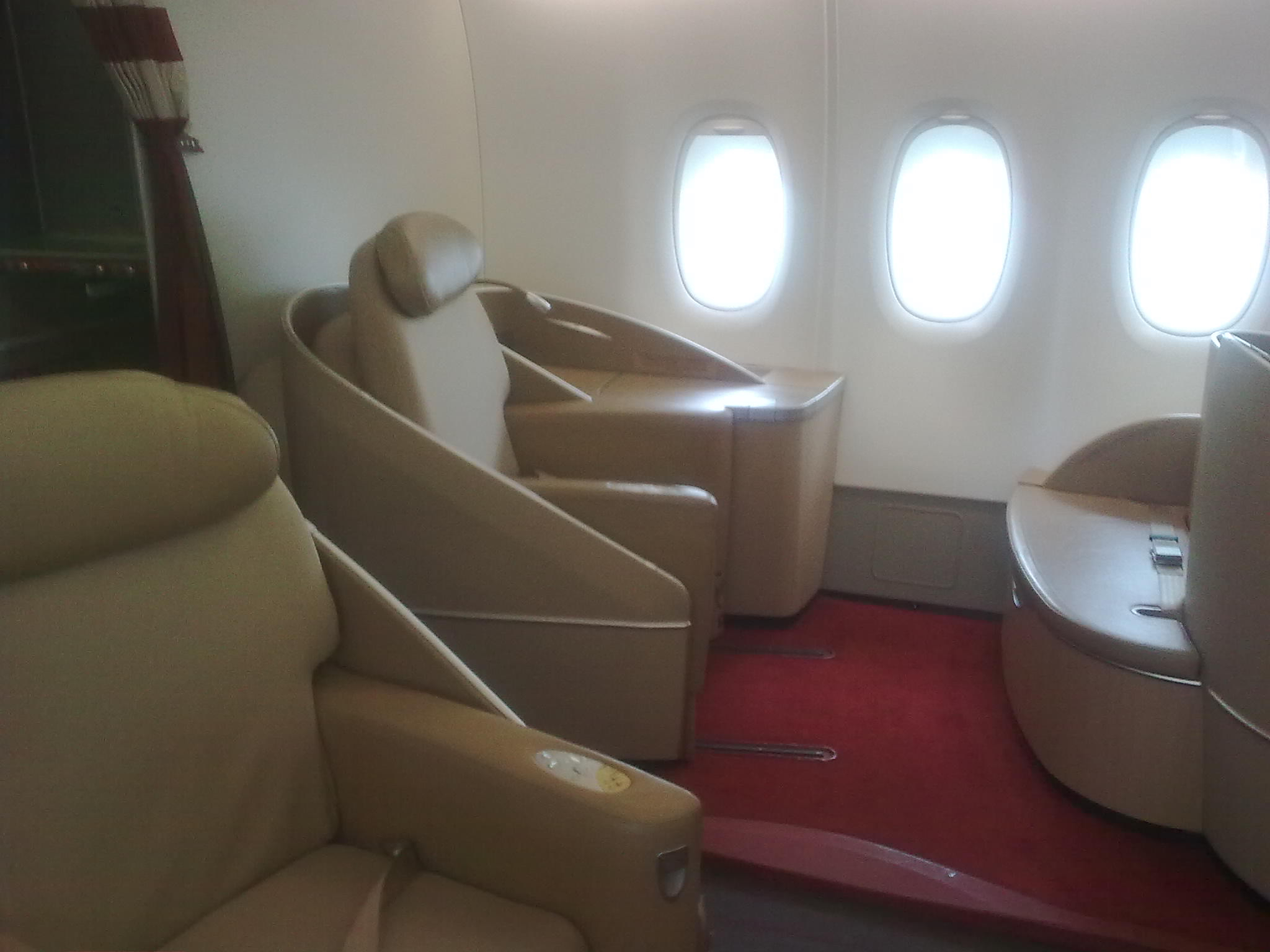 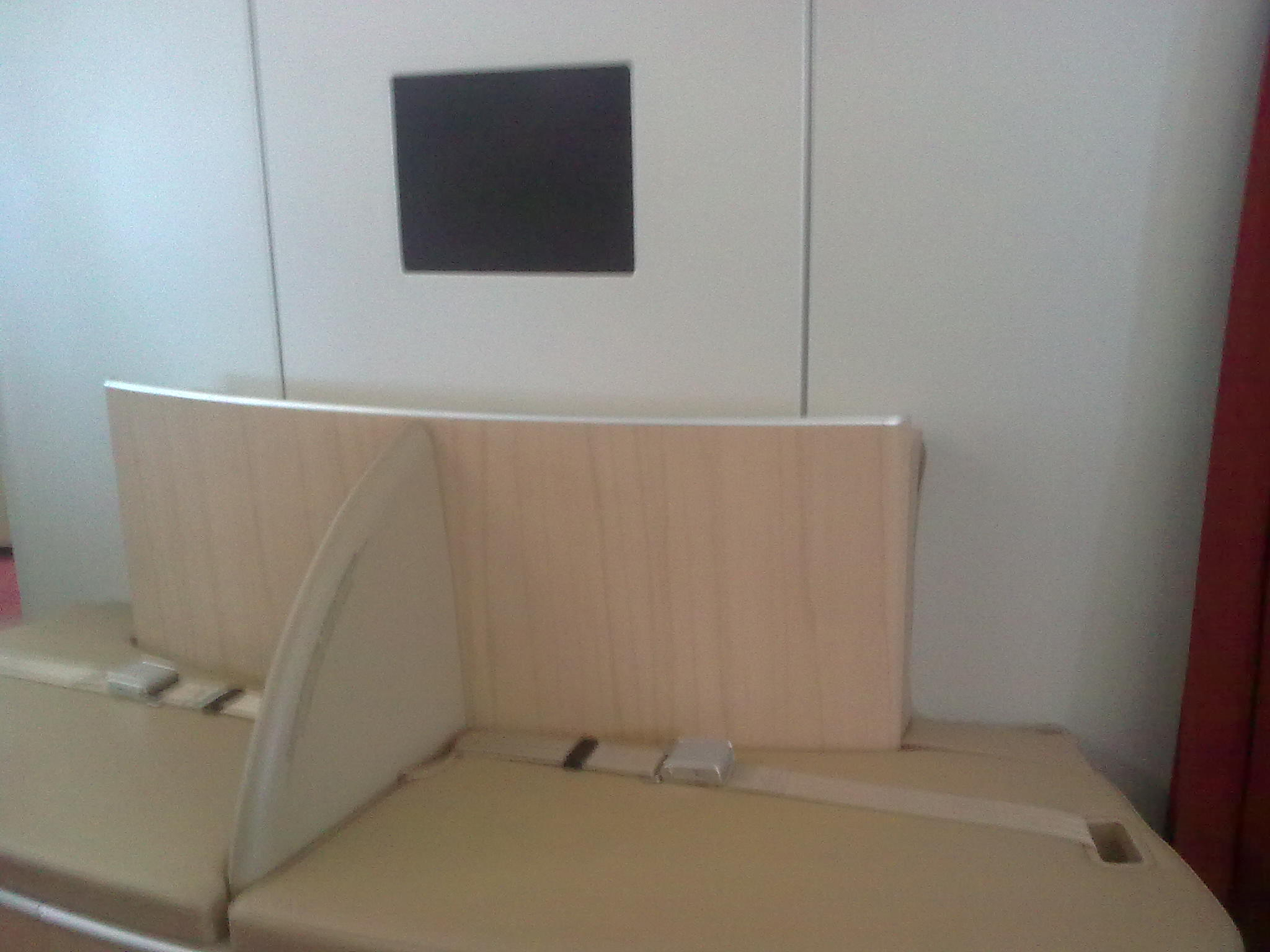 Upstairs in economy, it was also very comfortable. The seats were well padded and legroom perfectly fine. 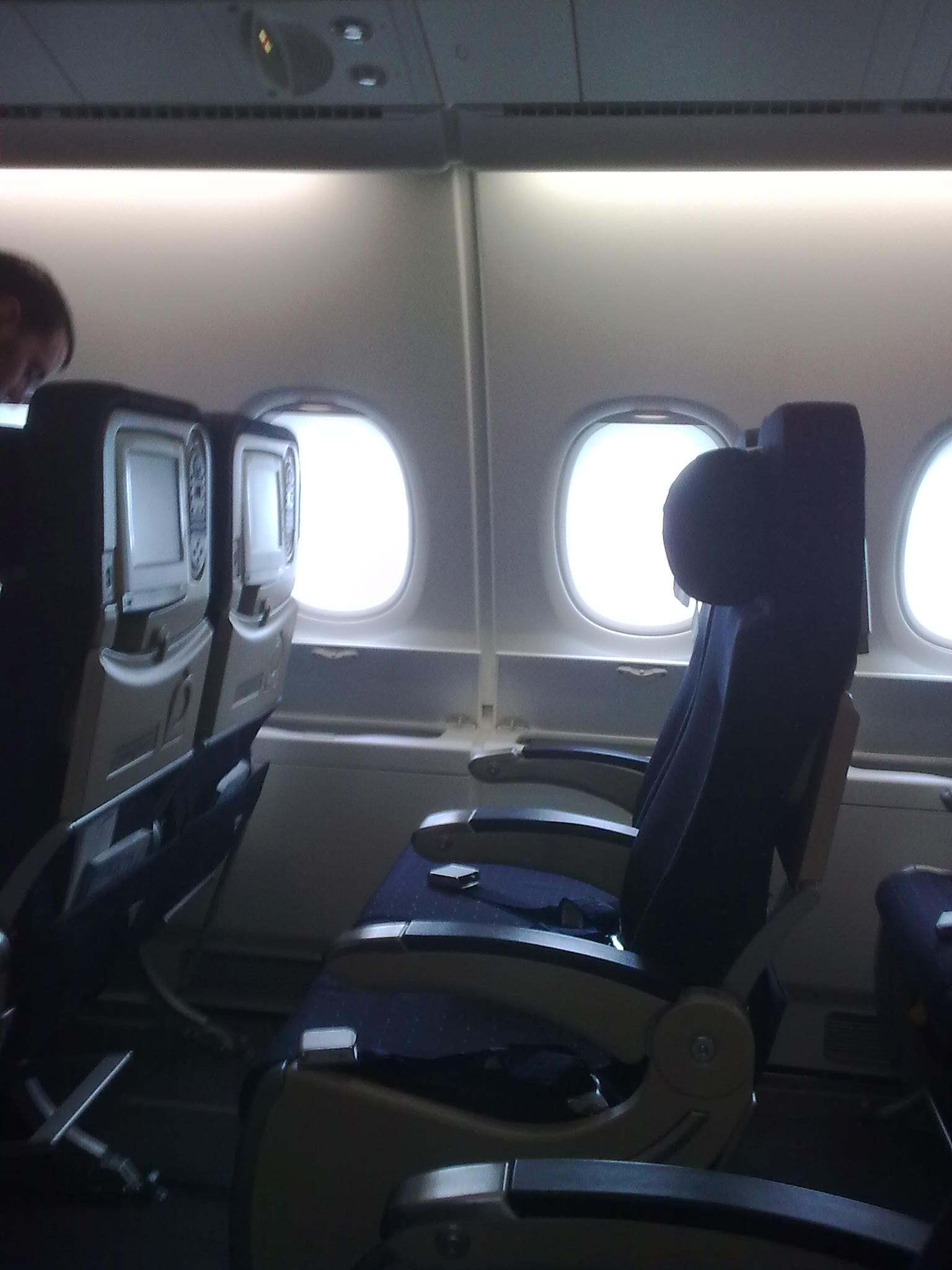 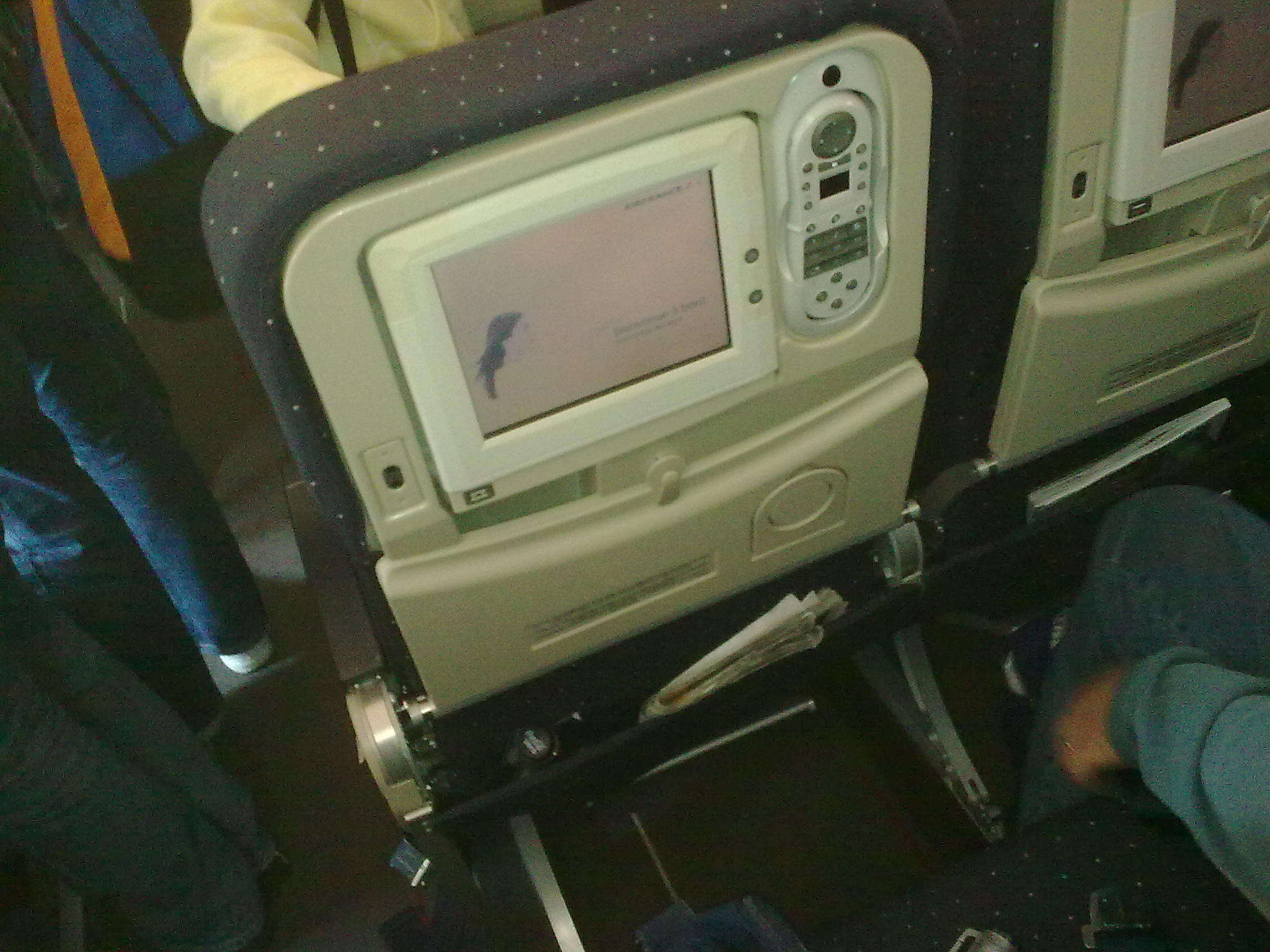 This was the cabin crew's first flight aboard the A380, and they were clearly excited. Several of them had bought cameras and were posing for photographs with each other. When it came to the trolley service, that excitement translated into three mini bottles of red wine!

The flight was really rough, bouncing in every possible direction with huge force. I decided a plastic glass was not the way ahead, so I had to drink straight from the bottle! We slammed into the runway and braked hard. Thank goodness I was relaxed by the wine!

Verdict: I would have happily travelled on the Air France A380 over a longer distance, as the seats were comfortable. The cabin crew were all in a good mood, but I guess that can't be relied upon. None the less, it made for a fun flight.

Thanks for the report
Took several these AF380 Crew Fam flights, and enjoyed them all. Have even flew CDG-SIN on them too... Champagne in Y, but grumpy crew....
Top

TUGMASTER wrote:
Thanks for the report
Took several these AF380 Crew Fam flights, and enjoyed them all. Have even flew CDG-SIN on them too... Champagne in Y, but grumpy crew....