Welcome aboard Qantas QF 12. QF12 was (during normal times) Qantas' daily flight between New York and Los Angeles. By 2019 it was flown aboard a Qantas Boeing 787 Dreamliner. 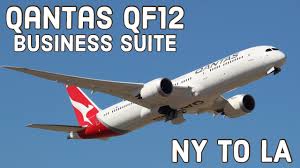 I think it might just be the best transcontinental product I’ve experienced in the United States, but it’s only available as part of a connection to onward travel with Qantas to Australia. 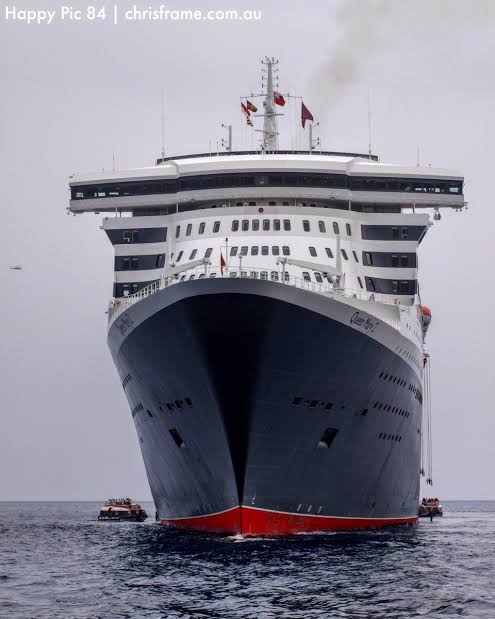 This was the first leg - a “domestic” sector - from JFK to LAX aboard the new Qantas Boeing 787-9 Dreamliner. I later transferred onto a Qantas A380 for the longer journey to Sydney, Australia.

After checking in (in person), I checked out the American Airlines (One World) lounge. I first visited the lounge that’s found just after security.

It was good. A good selection of food and drinks and it wasn’t too busy. I was flying on Thanksgiving Day 2019 which may explain why it seemed so quiet.

I later visited the smaller lounge, located closer to the Qantas aircraft’s boarding gate. This lounge was a bit tired and of an older design.

Before long I boarded Qantas flight QF12. The business class cabin on Qantas 787’s have a 1-2-1 layout. I had a left hand side window seat for this flight. 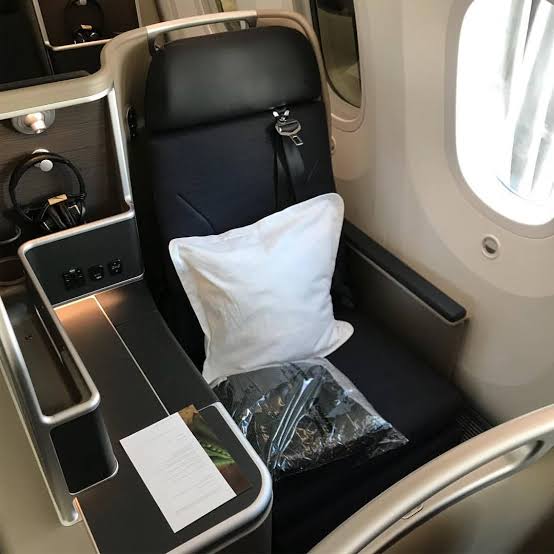 There is heaps of legroom. Each seat in Business Class has direct aisle access for all passengers. The seat has numerous functions, including a fully flat bed mode, which can also be set to a ‘take off recline’ mode. The various seat functions are all easily managed by intuitive controls on the seat.

This flight included a full dinner service. There was a drinks service, an entree (I had soup) with warm breads, a main course (I had vegetarian pasta) and a delicious dessert (panna cotta) as well as tea and coffee.

The flight was pretty smooth, with only a little bit of turbulence. It was a long journey, with a 5 hour 35 minute fight time. Though there were a few bumps mid-flight, I got some reasonable sleep in the wonderful fully flat bed that Qantas provides.

This video shows you take off from New York JFK Airport. Onboard you can check out the friendly Qantas service, drinks service, dinner service and inflight views. Later in the video check out the inflight entertainment system, and take a look at the business class bathrooms. And the chair in bed mode. We then had a nighttime landing at Los Angeles LAX Airport.
Top

Great report and a reminder of better days (and that they'll be back hopefully soon). I flew the reverse of this route on my way back to NYC from Sydney when it was still operated with a 747 that originated at BNE and had performed BNE-LAX before continuing on to JFK. What I remember the most was the chaotic transfer at LAX TBIT, where bag re-check (I came off QF11 from SYD on the A380) was to simply leave your tagged to JFK luggage in an area with sign marked QF11 JFK and attended by a QF employee. While the A380 service to LAX was a comfortable, enjoyable ride, the 747 to JFK was delayed by over an hour, as it usually was back then. The plane was old, and it showed, notably in the toilets. The cabin crew were super friendly though and hats off to them for performing a full beverage and meal service. The best part was exiting at JFK and just heading into a cab. The 787 in QF configuration is a great ride, particularly in Business Class and a very significant departure from the angled, shell seats that were found across the 747 fleet before it was retired and on most of the A380s. I really like QF and have always had good flights with them, including more recently, SFO-SYD on the 747 before it was swapped for the 787.

The lounge you accessed was not a oneworld lounge but rather the Flagship Lounge in the T8 head house just past security. This is AA's premium lounge for international first and business class passengers (premium economy passengers with specific status are also allowed in) as are the same traveling to LAX/SFO. T8 is rapidly becoming the OneWorld hub at JFK, with CX, QF, RJ, Finnair, and Qatar Airways all operating from there, with BA and IB slated to move in 2022. It's the largest and the best terminal at JFK at the moment.
Top
Post Reply