For those who watch the videos, https://youtu.be/e-SPuDWQFT8

Hi everyone, I didn’t intend to produce a trip report for this journey. However, it unexpectedly was my first flight on a Boeing 737-MAX, and I haven’t seen a trip report for the new 737-8-200 high-density aircraft launched by Ryanair. As this is the newest narrow-body type in the world, here you go.

So far there are only six 737-8-200s flying, making it a pretty rare aircraft. It hadn't crossed my mind that I might catch one, Ryanair Group fly 467 aircraft (says Wikipedia), so flying one of those six seemed really unlikely.

Back to today’s trip. Unfortunately, there was a problem with Ryanair’s app, which meant people’s uploaded COVID documents couldn’t be viewed. For the poor ground crew that was a nightmare. Every single person had to find their documents from some other place. So what's normally very quick, took nearly one hour.

The MAX’s extra high nose wheel was rather noticeable upon boarding. I was surprised that quite a few people seemed to realize we were flying on a MAX. Ryanair has completely removed any mention of that brand name, but somehow people knew. Interestingly, at Stansted passengers were remarking how pleased they were to land and get off a MAX. I’d always thought nobody would care.

Onboard unless you are sat to the rear, there is nothing to give away that this isn’t another Ryanair plane. I was pleasantly surprised that the knee crunchingly tight 28-inch pitch was, well, actually pretty OK. The seats are designed to maximize space and they do it well. Not quite as well as Wizz Air’s A321Neo, but none the less it’s OK.

The boarding delays meant a 1720 departure became a 1746 one. Looking on the bright side that meant a late arrival and no cheesy “you’ve flown on another on time Ryanair flight” jingle. Small mercies! Who thought that jingle is a good idea???

Taxiing to the runway, Air Greenland’s big red A330 was parked in the maintenance area, plus a Norwegian 737 landed. So they gave some unusual metal to spy.

My first impressions of the MAX were that it’s a little noisier than the A321NEO but quieter than the 737-800. I find the 737-800 to be a very smooth plane that's far more stable than the Airbuses. So I was disappointed that the MAX gave quite sharp reactions to flight inputs. I was also surprised that the aircraft seemed to flutter consistently at cruise altitude, not severely, but noticeably. On a day with clear skies and almost no wind, that was rather odd.

I was pleased that my one bugbear with the 737-800 seemed to be fixed. My ears and sinuses always become painful on 737-NGs, but not at all on the MAX. Great stuff.

The service pattern was unchanged, first hot food orders, then drinks and snacks, then scratch cards, and finally duty-free. One change is that smaller carts are used, I imagine because of the reduced galley space.

Landing at Stansted was very smooth, which the 737-800 often isn't.

Overall, 28 inches of pitch with the Boeing's narrower seat, can only be so pleasant. My real surprise was the flutter. I don't know if that's a typical characteristic, but I really disliked it. If you've flown the MAX have you experienced the same thing, or do you think it was a one off? Let me know.

Thanks for reading.
Top

Video is set as private on YT, thus, it can't be watched.
Top

dcajet wrote:
Video is set as private on YT, thus, it can't be watched.

Thanks for letting me know. I've reset it so it can be viewed.
Top

Thanks for the report!

beachroad wrote:
Ryanair has completely removed any mention of that brand name, but somehow people knew.

It can be easily noticed by the split winglets. But interestingly there is no "8-200" written on it, which was shown on photos previously.

beachroad wrote:
Interestingly, at Stansted passengers were remarking how pleased they were to land and get off a MAX. I’d always thought nobody would care.

I flew with a Boeing 737 of another airline with split winglets recently. I thought it was the MAX and asked a flight attendant. She replied "oh no. luckily it's a 737 NG". Hm I would have wanted to check the MAX out.

The seats look pretty the same as in the 737NG. Is there more knee space as MOL promised?

I did read that at least one flight attendant must sit on a seat near an emergency door during take-off and landing. Is that true?

If somebody does a new Ryanair/Buzz/Malta Air trip report:
Please show
- the gallery that is left for kitchen storage
- the size of the bathrooms
- how the automatic steps unfold would be also nice to see if Boeing improved the mechanism.
- the seat row numbers 12 and 14 next to each other as Ryanair should still leave out seat row number 13
- the seat row number 35! Almost unbelievable to put so many rows into a plane that's as big as the 737-800 ^^
- the rows where there are not 3 seats next to each other: 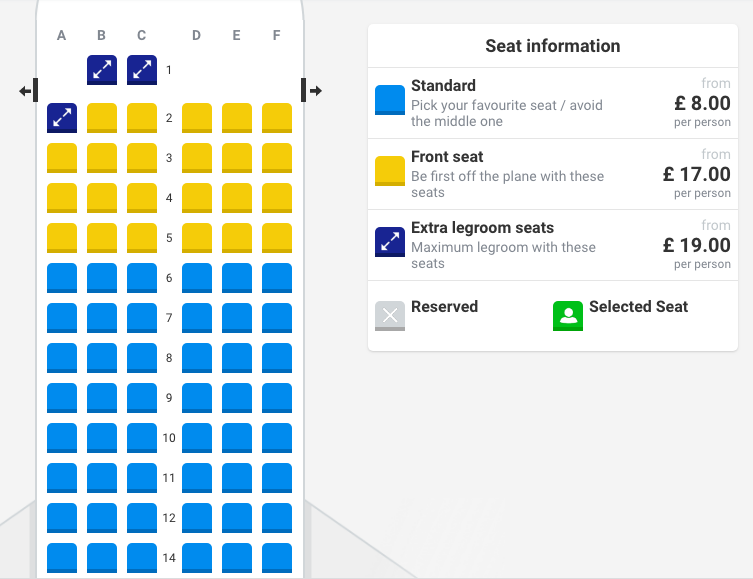 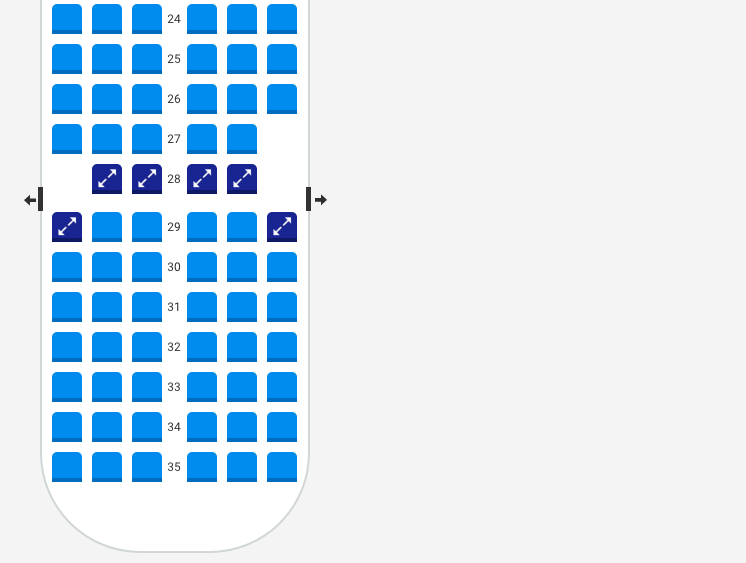 how were the rear lavs? i am pretty curious to take a glimpse of those!
Top

airlinenavigato wrote:
The seats look pretty the same as in the 737NG. Is there more knee space as MOL promised?

I watched the video now several times... At 0:41 you can see the seats, which not only looks like from a B737NG, but also very torn and used. Having recently retired some B737-800, are these seats just "recycled/re-used"? Any idea?!

debonair wrote:
I watched the video now several times... At 0:41 you can see the seats, which not only looks like from a B737NG, but also very torn and used. Having recently retired some B737-800, are these seats just "recycled/re-used"? Any idea?!

But indeed they seem to be the new seats.

These are the former slim seats:

And this is the new one: