This is part 2 continuation of my first thread which can be seen here:

A little more background. This trip was very last minute. Originally, I had fully booked a trip to North Korea and made a reservation with Juche Travel Services to fly on some classic Soviet era planes. However, the tour was cancelled and I was stuck with a return trip ticket to Beijing. Thankfully, I used airline miles and was able to get them redeemed and used them to fly to London for the first leg of this Kuwait excursion. I had about a 3 week time frame for vacation and needed to make something work during that time.

Unfortunately, as seen in Part 1, the A300, the main reason for me going on this trip, was subbed for an A340-300 last minute. I still had a chance at getting the A300 on the return leg though, having booked the same flight back to London.

Movie I made in-flight, watch in HD, can be seen here:

Originally, I booked a window seat, but I then changed my mind the day before and opted for an aisle seat. I have really long legs so sitting confined would drive me crazy. So I changed it online to an aisle seat.

Check in was pretty empty and I soon was given my boarding pass:

After take-off, I went for a "Stroll" around the cabin. To my surprise, the last row was completely empty and had a window. I got my stuff and quickly moved back there and got the row to myself with a window. I was thrilled.

Not the best view, haha!:

The seats were the most comfortable economy seats ever. Quite big and outdated with a nice foot rest proved for a very pleasant flight:

The IFE system is a joke. The screen in front of me was only on a constant loop with a moving map and flight info and my controller actually worked for the other seats PTV! I have no idea what is going on with their IFE. Click the thumbnail below to see video:

Meal was delicious. I ordered the Vegan meal on their website beforehand. Potatoes with curried veggies:

The route took us along the Iraq-Iran border and just East of Baghdad.

Northern Iraq. I apologize, the windows were absolutely filthy: 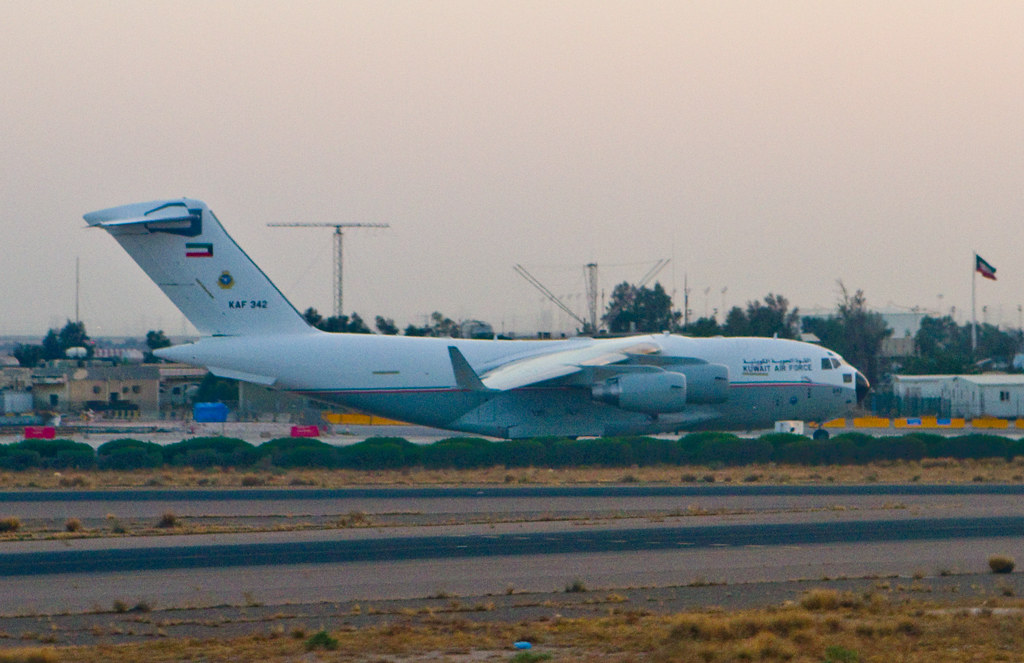 I was kind of shocked and disappointed at the same time when we pulled into the gate next to this. Fly all the way to Kuwait to see a United 777...lol. Had no idea they flew this route. IAD-KWI via Bahrain.


US Citizens among practically every European passport are allowed to be issued visas upon arrival. I found the desk, took a number and within 3 minutes I had a 3-month visitors visa for Kuwait. After mulling around the airport a bit before wanting to go to the hotel, it started to hit me that I would be in Kuwait for 6 days with no real plan of anything to do. So I made my way to the Kuwait Airways reservations desk. Since I wanted to ensure I flew on an A300 during this trip, I asked about day trips I could make that were operated by the A300/A310. He thought I was crazy, but was very helpful and so I booked a very cheap fare return-ticket to Dubai and back. To be covered in another trip report...

Arrived to the hotel around 10 PM after a horrendous taxi fee. The airport authority does not allow any taxi service other than the airport taxi to take people from the airport. They have a fixed fare and if you try and haggle, they will tell you to get lost. Went for a walkabout downtown until 1AM or so:


Called my Kuwaiti friend and we spent the next couple of days doing some photography and showing me around local Kuwaiti tradition: 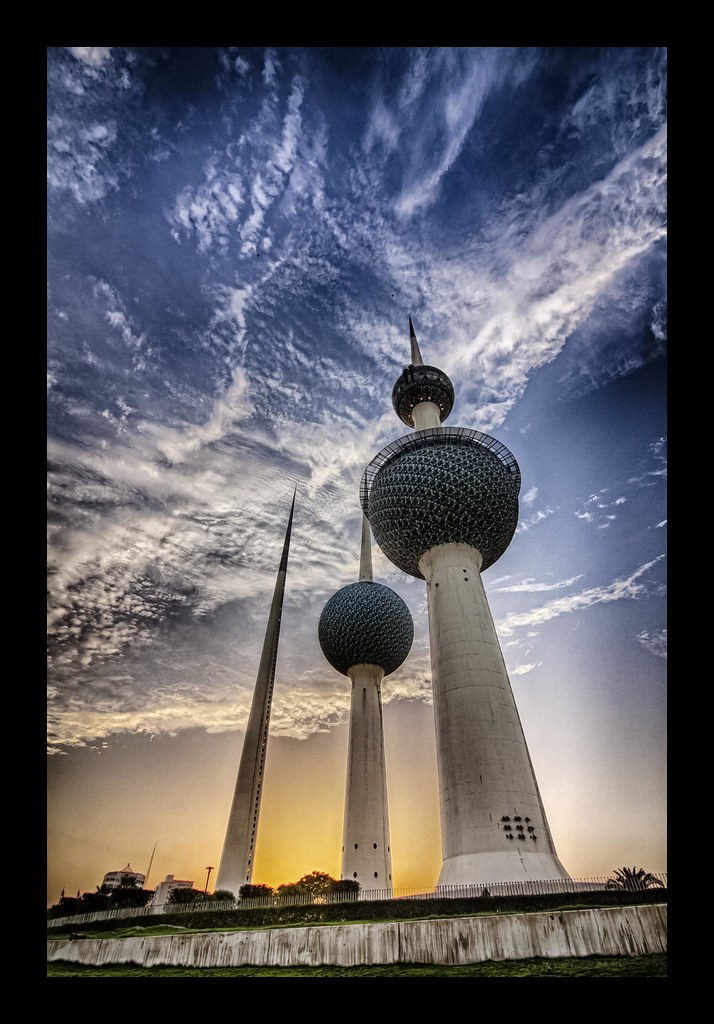 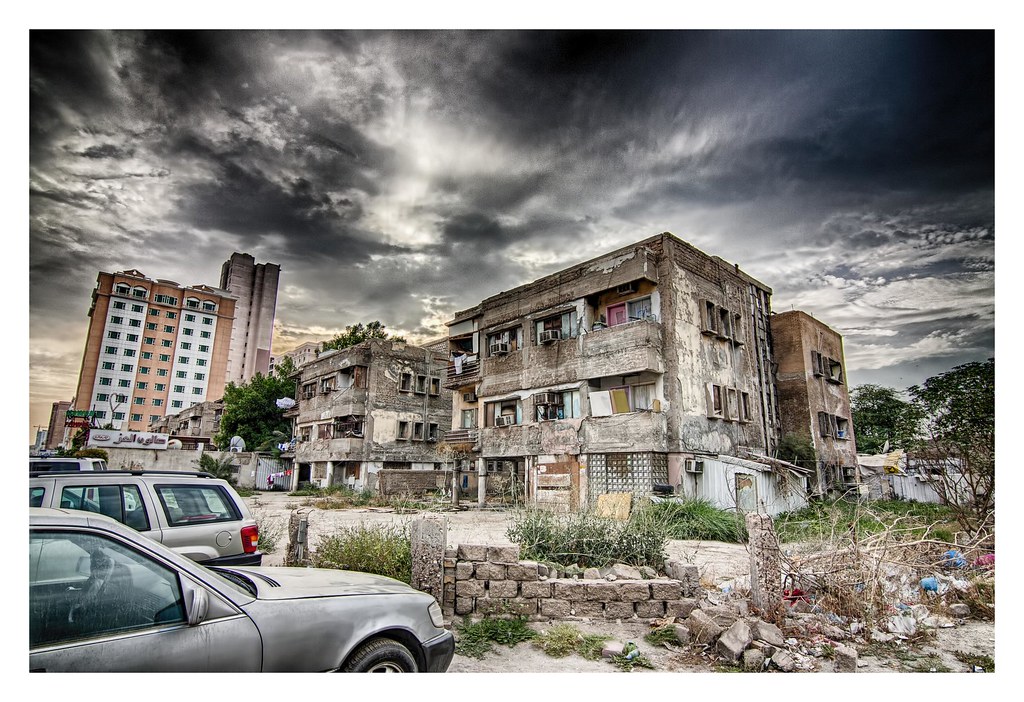 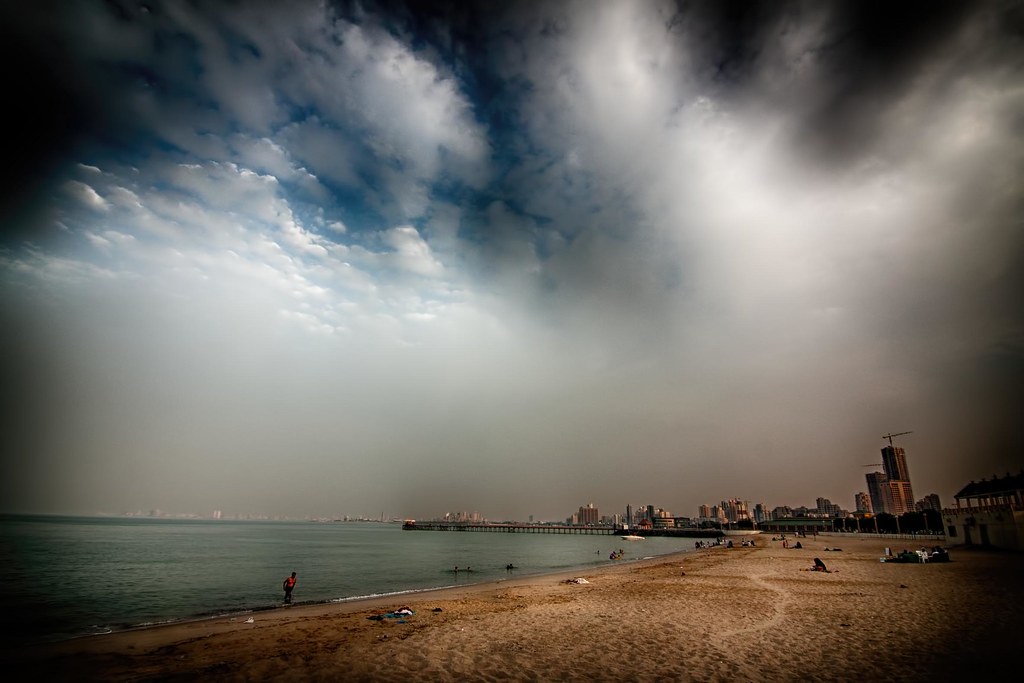 Nice again! Meal def looked a lot better! KU looks pretty comfortable compared to many airlines Ive flown on lol.. And it least you had the moving map

I flew on ME once to visit Beirut and had an amazing flight with them. Flight crew was very talkative and friendly. It was on an ex-SQ A310-200..know that cuz of the ashtrays and the seats were kept as well. How was the crew?
Top

The crew were, for the most part, seemingly Kuwaiti national. There were some very attractive young women flight attendants matched by young men stewards. The guys were a lot more friendly. The girls mostly sat in the galley the whole time and gossiped non-stop.
Top

Is it worth visiting Kuwait?

I was advised that it's not worth it.
Top

The service with KU A340 looks pretty good actually albeit an outdated cabin, the meal looked pretty good too.
Top

Better next time you fly IRAN AIR - only A300/A310 of them are still allowed to fly into Europe!
Top


If you're looking for a cushy, lavish, relaxing vacation, Kuwait is probably not for you. If you want to immerse yourself in a relatively un-known culture and local customs, than Kuwait is just great. Kuwait is often overlooked, but you do NOT need visa upon arrival which makes traveling there quite easy. Doha and Dubai are usually the "go to" locations for westerners traveling to the mid east it seems. Whatever floats your taste.


Cheers. Yeah, it is outdated but as a passenger it was an added benefit because the seats are so big and comfy

HAHA yeah, noticed they've been using the 747 on that route lately. Funny.
Top

I really enjoy to read your report!


Good move! I find flights - as awful their IFE may be - so relaxing when you have a row for you, especially in the back where you can recline your seat without bothering anyone, go back to the galley if need something etc.


Agree, but for me it took rather 45 minutes or so. First of all signage is bad. The airport is really old and signage at least 20 years old. Departing and arriving passengers are mixed. Signage for arrival tell you to go down, but actually for visas you need to remain in the departure area. There are a couple of desks but no one really tells you what to do. First of all you need to collect some local money to pay for the fee. Ok, not a big issue with an ATM there, so you get some money and go back to the counters.They tell you to get lost and go to some kind of dispenser machines and most are broken. Then you realize they do not take bills you got at the ATM, you need coins. So you get a coffee a the nearby Coffee store in order to have some change. Back to the machine you are trying to figure out to get a fiscal stamp, but not sure what amount you need. Once you have the right stamp you go to a counter which will photocopy your passport and give you the copy together with a visa form. You also get a number. You fill out the form and after a few minutes (or hours if there is a lot of people waiting) you are called and a lady at a desk will process your visa registration. Once this is done she sends you to another counter at the end of the row. There they will stamp your visa and passport.
Then they actually send you down to arrivals where there is passport control. You stay in line there until at some point you realize that the guy upstairs have already stamped you in and all you need to do is walk past the row, waive your visa sheet in the air and you're good

Once understood it's easy, but honestly for first timers this is completely unclear and ineffecient...


Great!!!! And you get another country, too.


I had my hotel driver pick me up. It was pretty reasonable and easy...


Looks so great. I ate exactly the same, but there was also some rice and wonderful salad with pomegrenate seeds. Their fish is really good!
Top

Great report on your trip to Kuwait on the KU A343s. Coincidentially I flew on the same KU A343 (9K-ANC) on a flight between KUL and CGK, which the report are also on this forum. Glad to hear that friendly staff in Kuwait managed to arrange you day trips on A300/A310 despite the equipment swap you had in LHR. Also thanks for the nice pictures of Kuwait, seems like an interesting place that was hidden by Mid east tourist spots like DXB and DOH.

Thanks very much for sharing this report. Looking forward for the next part


Wow, that was quite an ordeal for your experience with the customs/visa. I had to apply for a visa twice, since I left the country one day into my stay and was not informed that in order for the visa to take effect, you must stay in Kuwait for at least 3 days in a row before exiting the country. The second time going through the visa issuing office was even shorter and they were rushing me to fill out the forms. No wait whatsoever. I guess it did help that I had brought Kuwaiti Dinars with me prior to entering Kuwait so I didn't have to exchange any money.

What hotel did you stay at? I found a good rate on booking.com and paid around $600 USD for 6 nights in the middle of downtown. The hotel was nice, but its so new that the rooms were still incomplete (no door on the shower) and the staff hardly spoke English.

I enjoyed your trip report on -ANC. I encourage you to visit Kuwait sometime if you get the chance, I think you will enjoy it very much.
Top

Superb TR. Nostalgic for me, having spent close to 16 years of my childhood in Kuwait.

Abu Dhabi Int. also has instituted an airport taxi service with the same non-haggle price and attitude. If I recall correctly, the meter started at 35 AED, which is about $10.
Top


- Looks pretty clean to me.


- Yikes, is there that much to do there?


Thanks. There is plenty to do if you don't mind doing non-touristy things.


I realized hotels were actually pretty expensive and often of un unclear standard (no well known chains etc).
Also I wanted to be closeby to everything. In the end I booked a hotel called "Oasis Hotel" right next to a big roundabout located next to the Souq and the Mosque. Like the Tripadvisor reviews told: Extremely average, but not really bad... Everything was pretty old, window was not closing well, a lot of nice etc...
Top


Interesting. That seems to be the norm in Kuwait...everything is average in terms of amenities, unless you wish to pay exorbitant fees for royal-like treatment which, as a tourist, we can not afford.
Top
Post Reply