During the Summer 2016 schedule, BA are using a number of their midhaul configured A321 aircraft to operate selected shorthaul flights to ARN, NCE, OSL, ATH and FCO. I found myself on one of these aircraft to Rome this weekend, so thought I would share my photos and a few thoughts on the product.

Arriving at T5, I picked up my boarding pass from a self-service check-in machine in Zone H (Club check-in), which now has little barrier all the way around it and two staffed entrances to ward off ineligible passengers. As it was Easter Sunday, it was nice to see some small chocolate eggs at the entrance, and again at the entrance to the lounge.

I used the relatively new North Fast Track to get airside within 6 minutes, despite a few people in front and me having to go through the body scanner. North Fast Track is laid out much better than South, with the flexibility to use multiple lanes, although only two were operating as Fast Track today. The route from landside to the search area is also much quicker using the new cut-through next to Boots, and the fit-out of the cut-through is pretty swish.

Galleries Club South has recently been refurbished with new carpets, sanded oak floors (although this is still ongoing) and almost all furniture having been replaced. Gone are most of the ‘bench’ type seats, instead replaced by comfortable armchairs, wing-back chairs and sofas, all in different shades of leather. These are much more comfortable than the previous types of seating, and more akin to what is available in the Galleries First lounge, just with a denser seating configuration. Having said that, the seating layout has been improved, and most areas now feel more private than before. I particularly like the new dual tables and chairs to the left of the Chef’s Theatre. Incidentally, I’ve always thought that a dubious name for the area where the buffet gloop is! 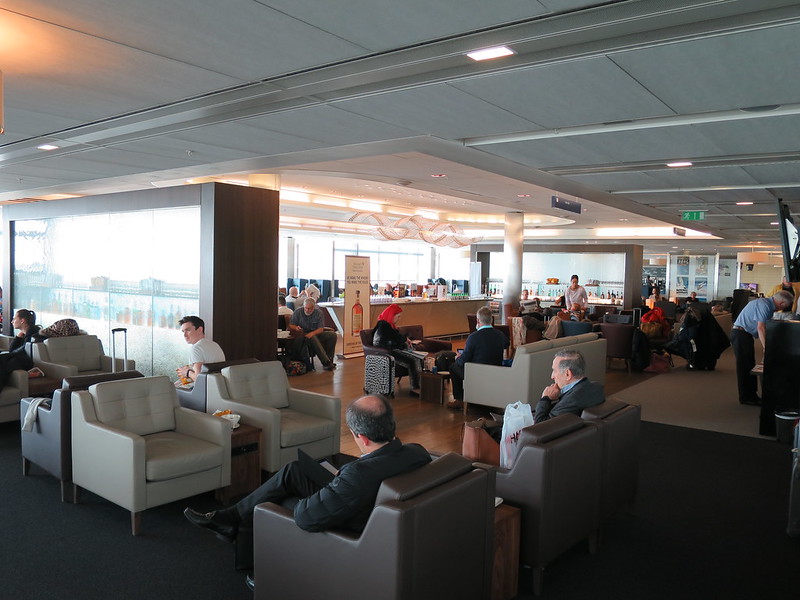 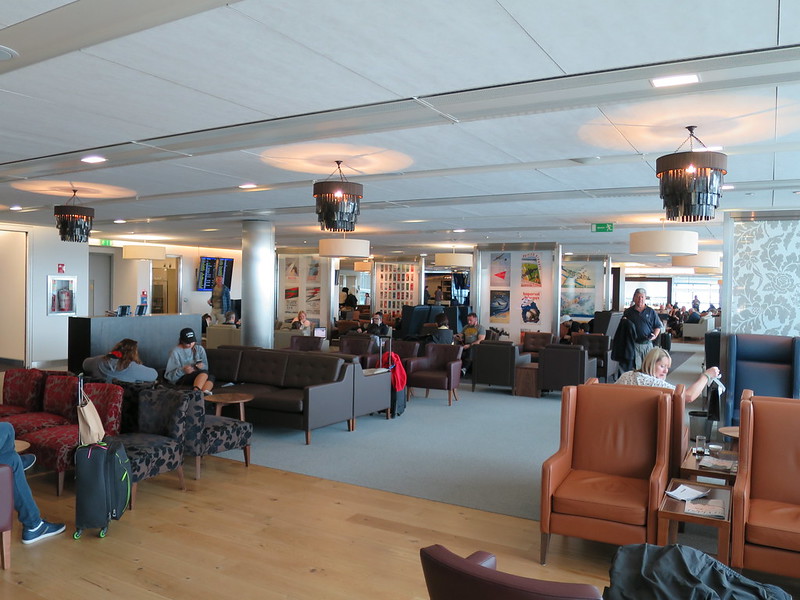 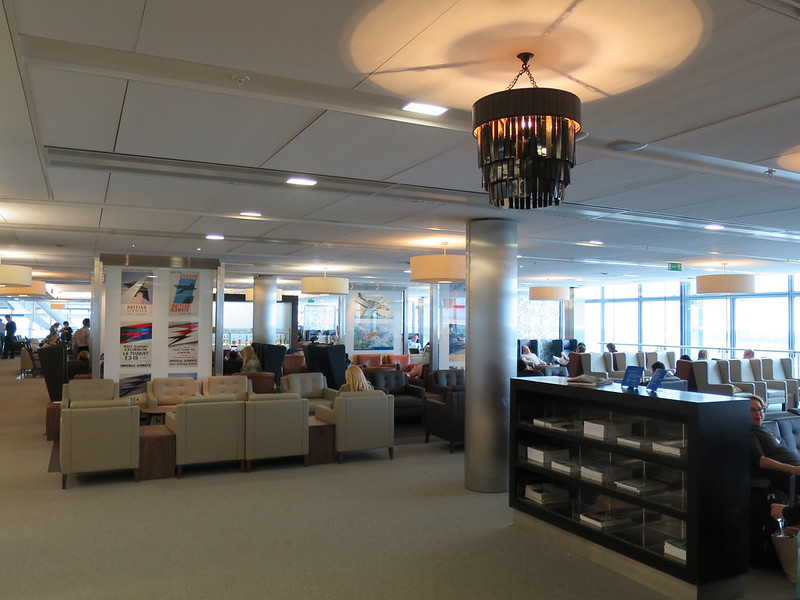 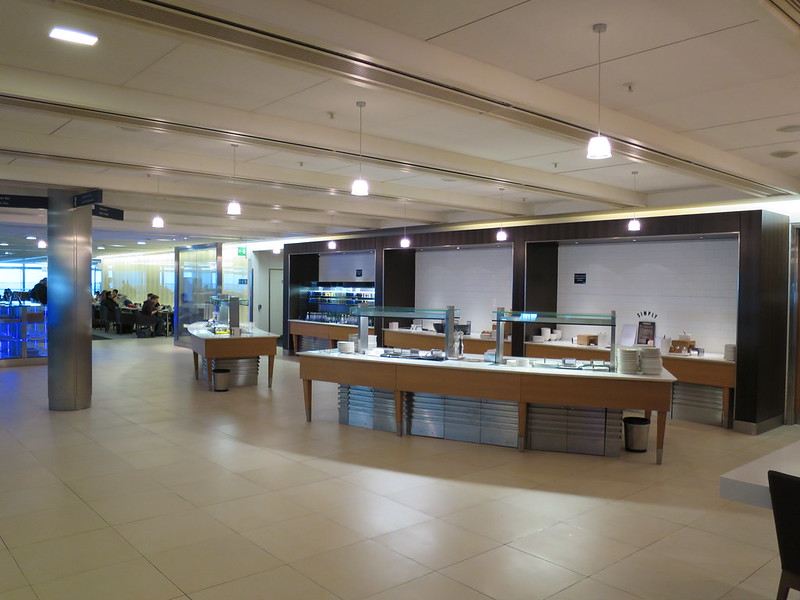 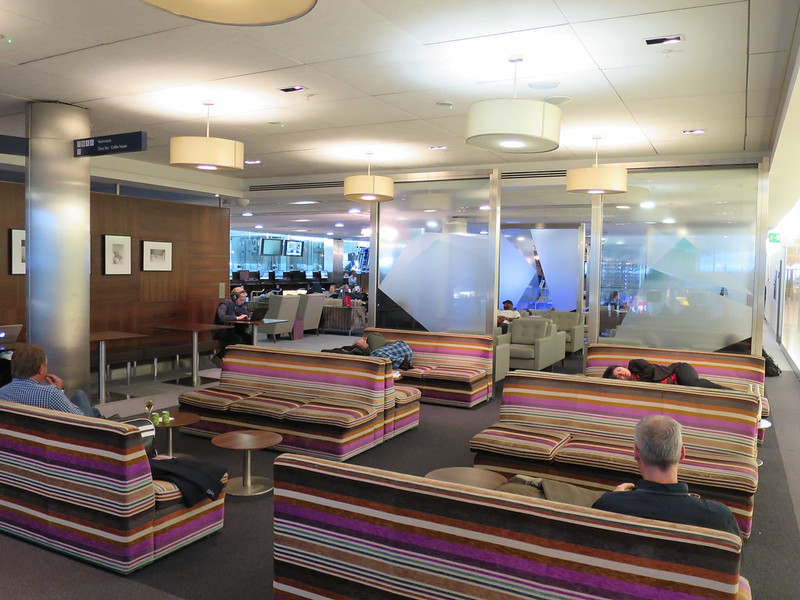 I had no issues with wifi today and was able to pass the time catching up on some YouTube videos. With a refurb of the washrooms and showers and some upgraded catering, Galleries Club South would be a better lounge than it is today, but the refurbishment has gone a long way to improve what was a tired space. On another recent visit I noted that carpets and furniture have also been replaced in the Galleries Club North lounge, but I’ve never liked the shape of that lounge and it always feels much more crowded and less private. The Galleries Club T5B lounge has yet to be refurbished, and is even boasting some of the former LGW First lounge’s furniture in the interim period. 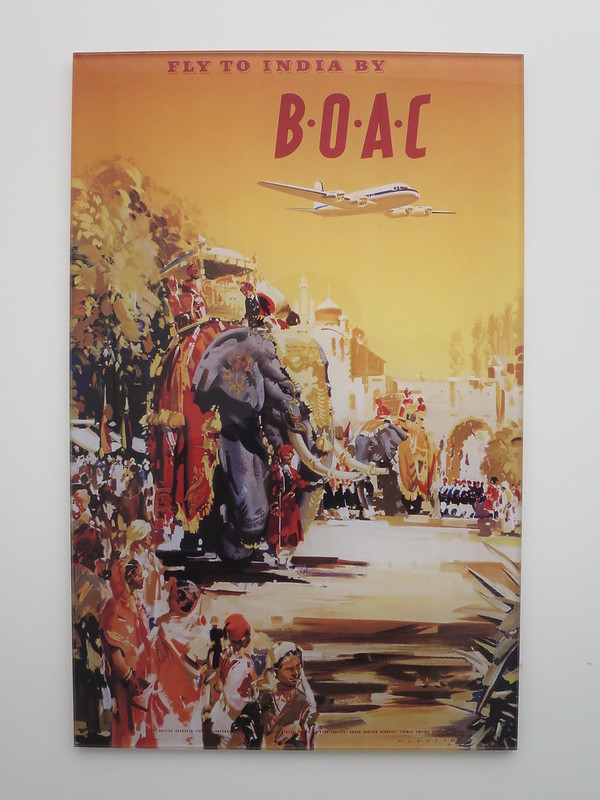 Boarding from A8 was quick, with the new boarding process (CE/Gold only first) being announced but not enforced. BA’s seven midhaul A321s were inherited from BD (bmi) as part of their takeover in 2012. Today I was travelling on G-MEDN, delivered new to BD in 2008, but refurbished in 2012 with a new two class interior featuring flat beds in business. Today, BA operate these aircraft with Club World (in 1-2/2-1 config) and World Traveller (in 3-3 config) cabins, including Thales IFE throughout offering the same options as this system on the longhaul fleet. 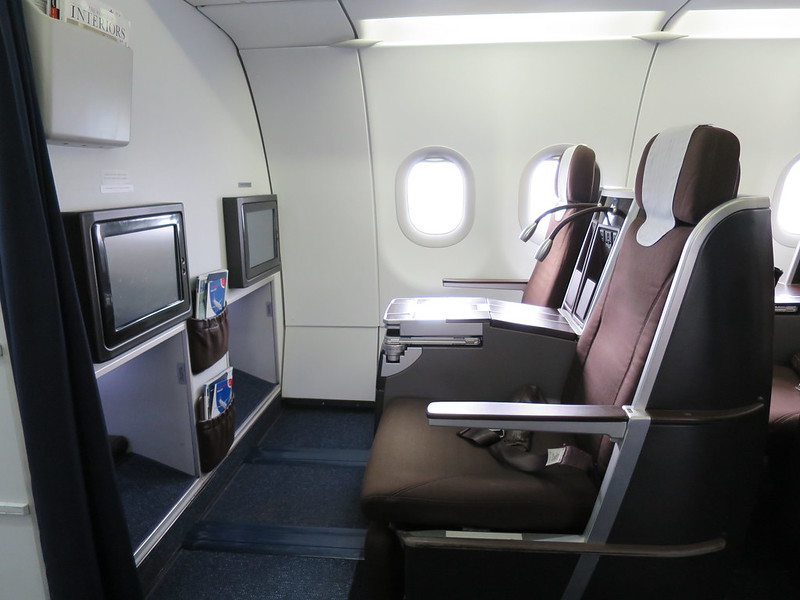 I found the Thompson Vantage seats in Club World to be very comfortable for the two hour flight down to Rome, particularly in the single seat 1A. I’m not sure I’d want to be seated in one of the pairs of seats if travelling alone, as these aren’t private in the slightest. Privacy all round is not as good as window or middle seats in the standard CW cabins, but the single seats on the A321 offer oodles of space to place items either side of the seat on the two ledges, albeit seemingly lacking in actual storage compartments. There was a small pouch for a water bottle to the left of the seat, and a pocket for headphones in the right hand ledge, but other than that I couldn’t find a drawer as is present in standard CW seats. Seat width felt a little more than usual, and legroom was perfectly adequate if a little more restricted than on longhaul aircraft due to the cut-out in the bulkhead in Row 1. The table felt spectacularly over-engineered with multiple moving parts and complicated operating instructions, but once deployed it was sturdy and spacious. 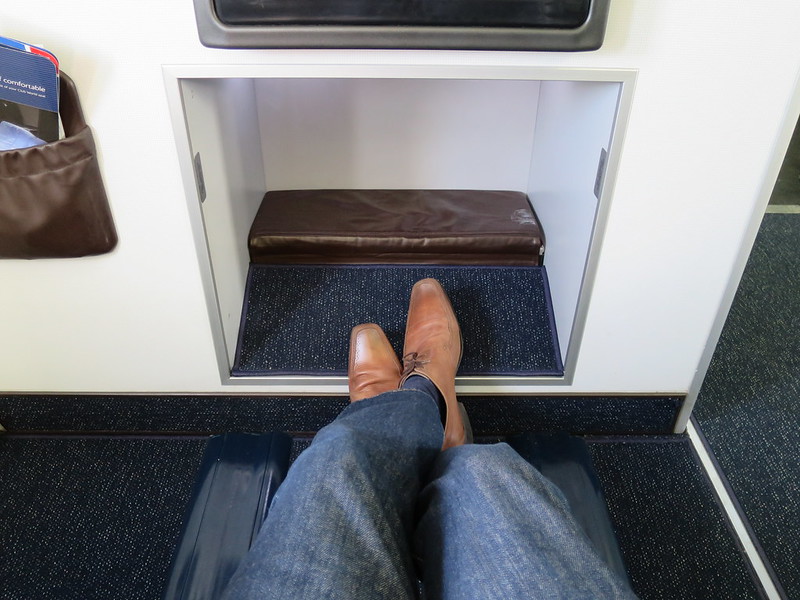 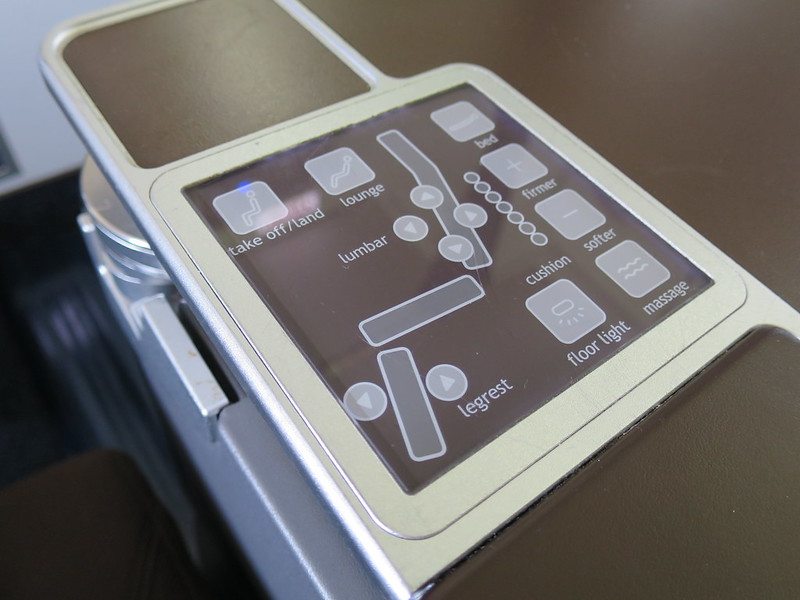 As the standard Club Europe service was offered, there was no pillow, blanket or headphones at the seat as is the norm in CW, but the crew kindly brought me a standard CE cushion on request, and I did see a few CW blankets in the overhead bins above Row 1. The Eurofleet crew were clearly unfamiliar with the aircraft as they had difficulty in working the IFE system, but did enable this along with the power/USB sockets, meaning I enjoyed an episode each of Top Gear and Fatty Towels on BBC Brit (using my own headphones for the audio). Screen quality was acceptable, and the interface functioned without fault and only a slight lag. The handheld controller to the left of the seat worked well in conjunction with the touch screen of the main screen. 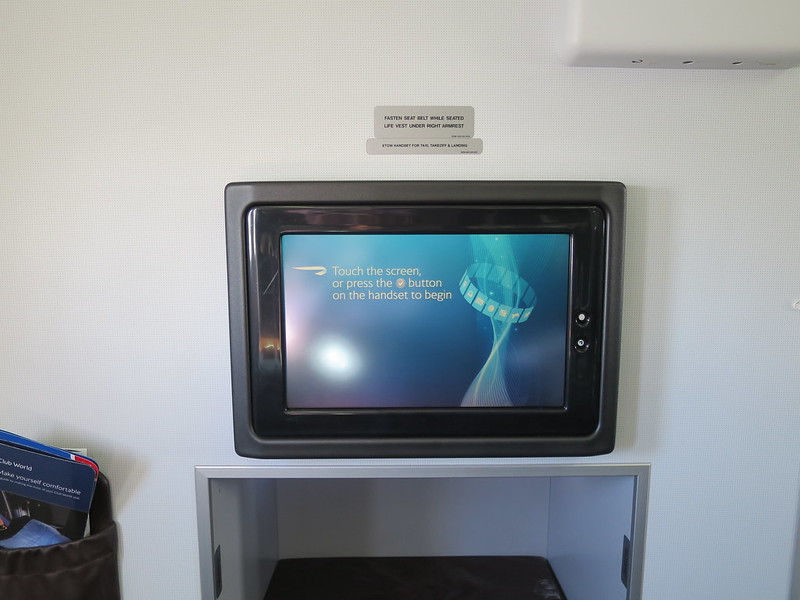 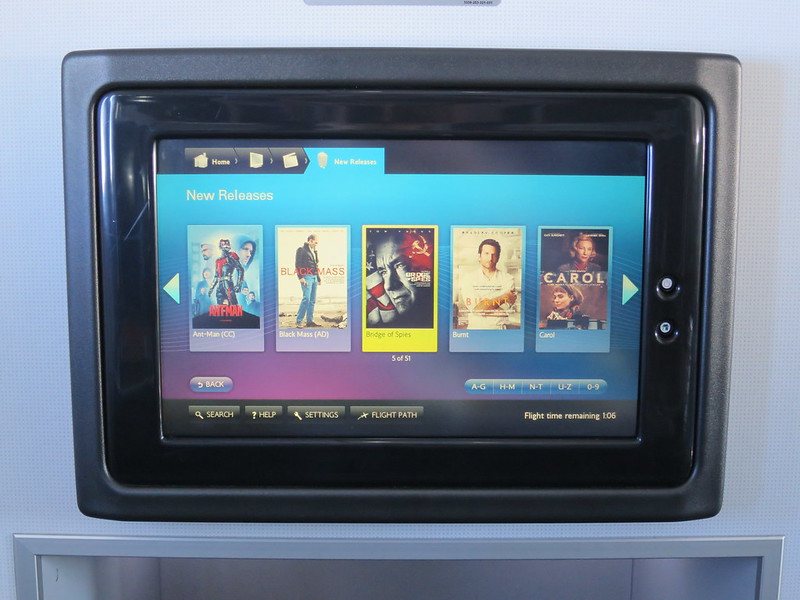 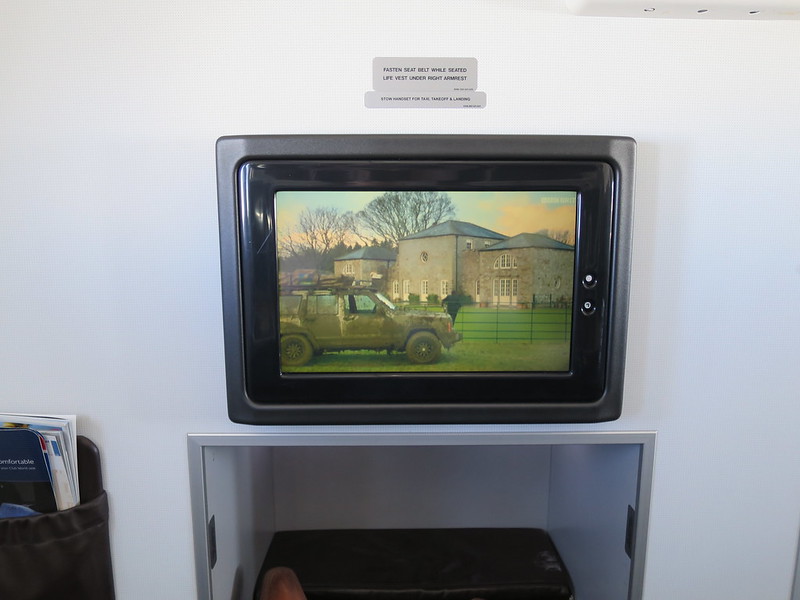 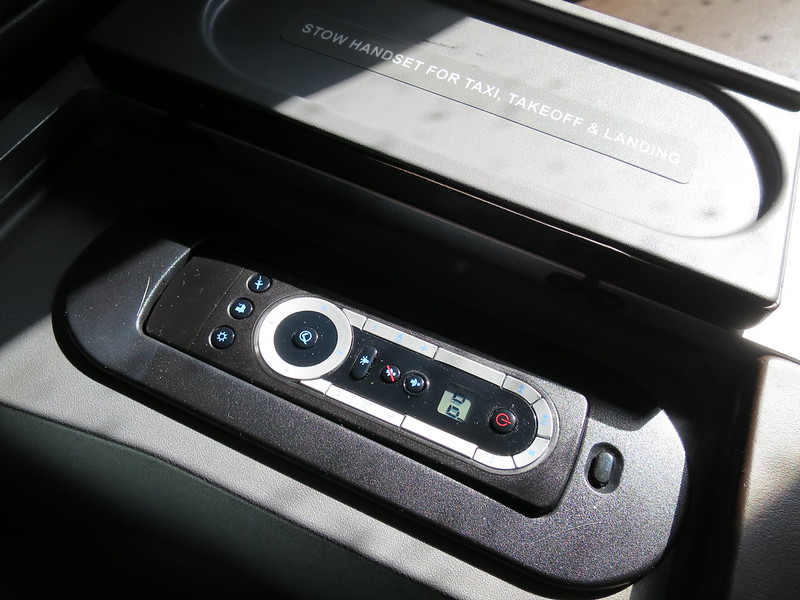 Afternoon tea was served around 30 minutes into the flight, consisting of three finger sandwiches, a carrot and banana cake, and warm scones from the basket (yes, I asked the crew for a second scone). BA have recently changed the champagne in CE to Castlenau, which really isn’t to my taste. Sadly the crew on this sector weren’t particularly proactive, and I had to request top-ups of water via the call bell, as they spent the whole time after the drinks run chatting in the galley. I also had to request a saucer for my tea bag as this wasn’t offered - it’s the little things that make service great rather than average! 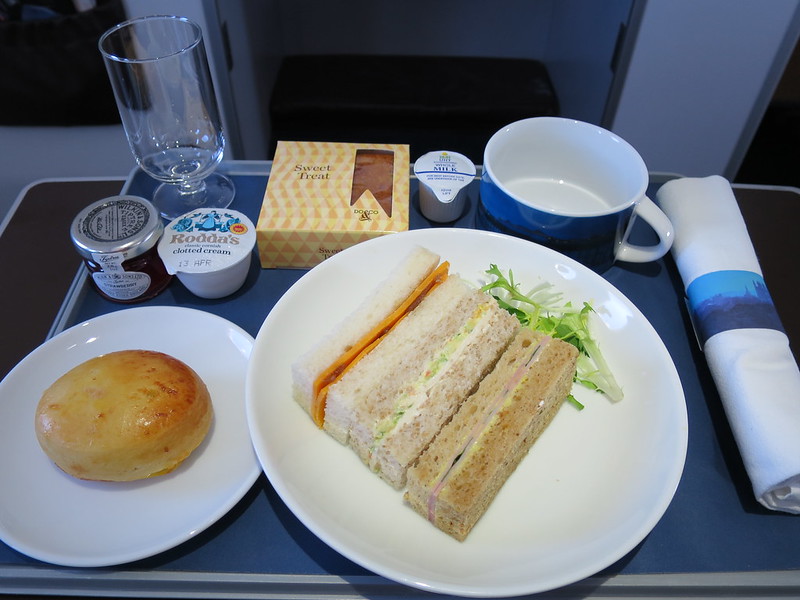 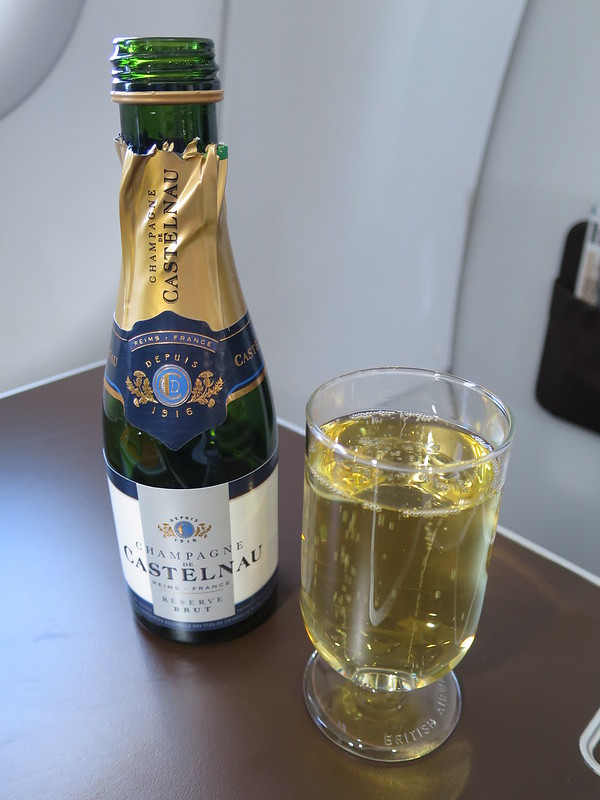 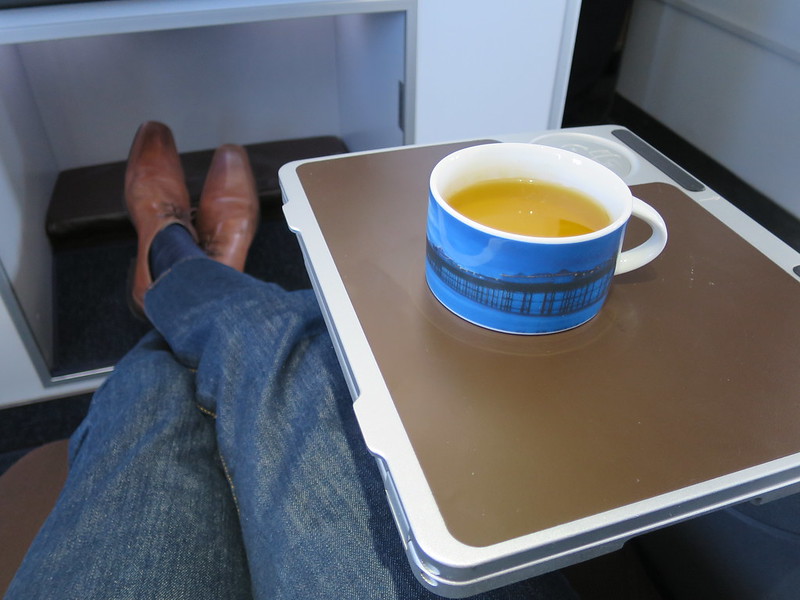 On arrival at FCO it was clear to see the damage and consequential building work caused by the fire last year. We deplaned by an airbridge, but once inside the building had to walk downstairs to buses for a transfer to the terminal - presumably due to damage inside the building. The buses took a good 10 minutes to depart from the aircraft side which was rather annoying. Inside the terminal, the picture is pretty bleak - construction hoarding everywhere, ceilings missing and a distinct lack of lighting. This airport is not going to win any awards any time soon.

I was on a same day turnaround for this trip (banking some tier points to retain status for another year), and so headed back through the quite fast Fast Track security to the BA Galleries lounge, located immediately to the right after security and up one level. The lounge at FCO has only recently reopened since the fire, but has not itself been damaged or indeed refurbished. Whilst it’s a reasonably large space with ample semi-private seating areas, the lounge is very dated and in dire need of a refurbishment to align its look with the current BA brand. As a minimum, new furniture is needed and the washrooms need to be entirely re-fitted. The small selection of meat, cheese, salad and sandwiches looked underwhelming and wasn’t chilled, so I gave everything a fairly wide berth, settling for some (chilled) water and nuts. 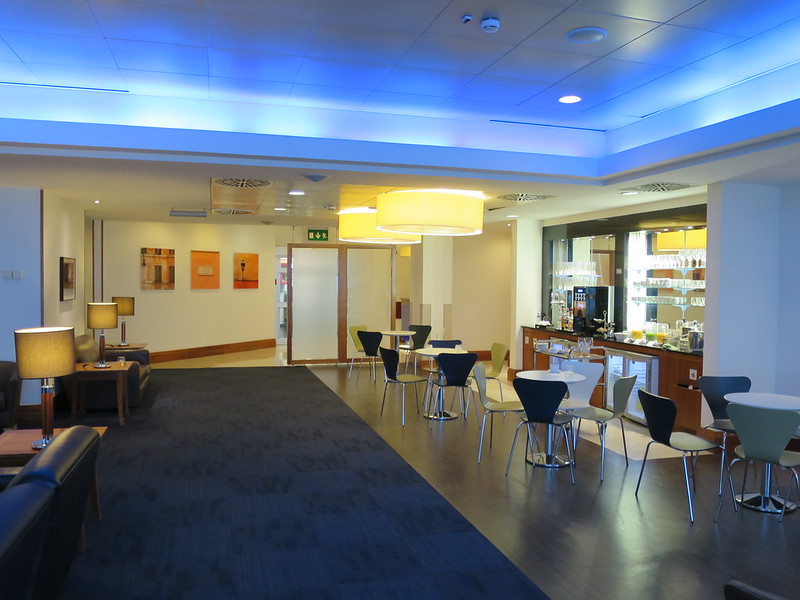 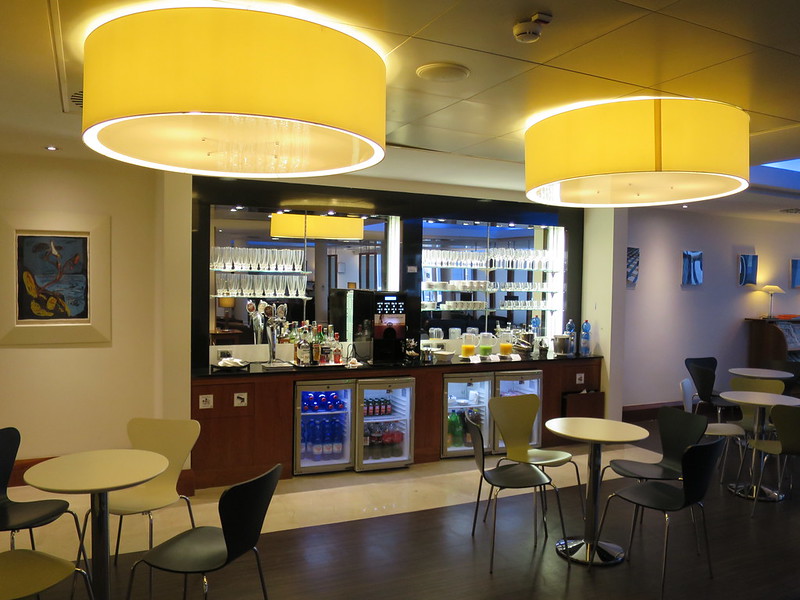 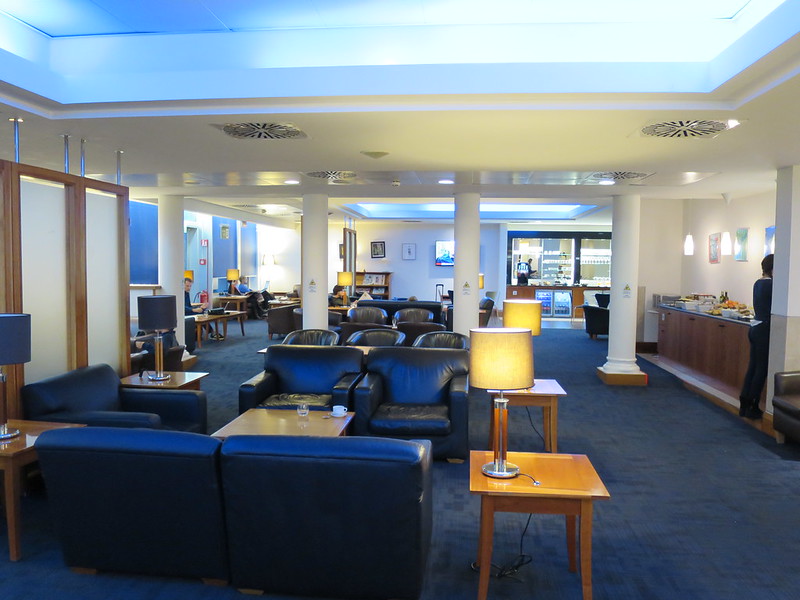 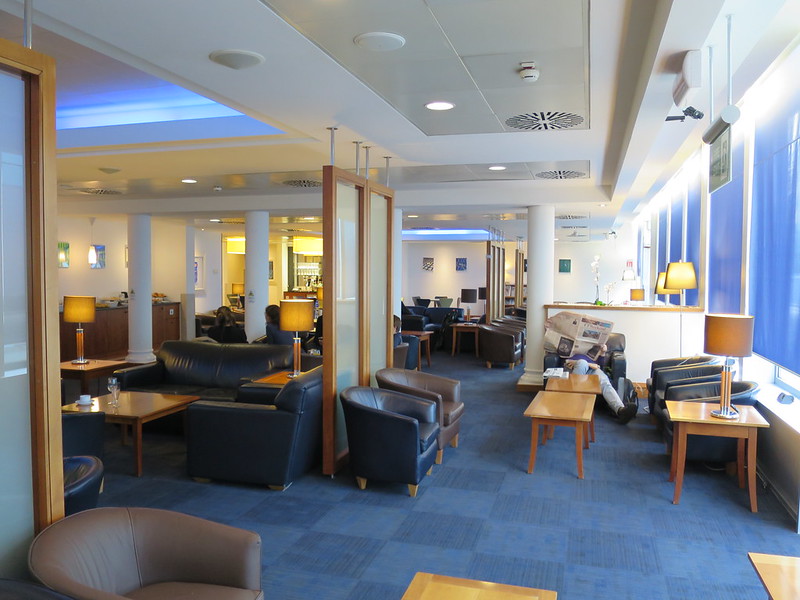 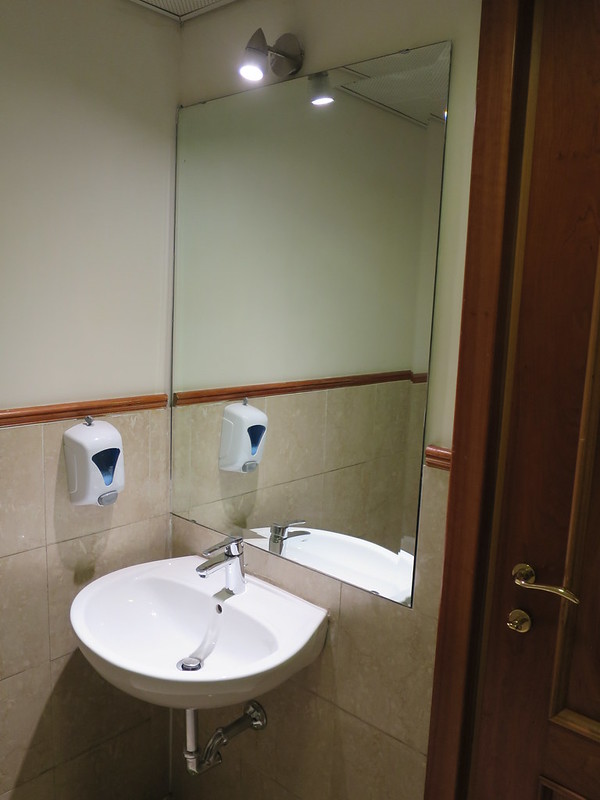 Boarding at Gate H2 was shambolic, with no signed priority lane. A perfunctory announcement for CE and Gold only to board first (followed separately by Silver) was completely ignored, and in the ensuing chaos I self-priority boarded using the lane that should’ve been marked with the priority boarding sign. This is the second time this month I’ve had chaotic boarding at a BA outstation. It amazes me how something so simple and cheap to implement can’t be done successfully and consistently by BA. A slight silver lining came in the form of an airbridge with no need for a bus transfer for the departure.

The return flight in Euro Traveller on an A320 (G-EUUT, delivered in 2007) was wholly unremarkable. 11A afforded ample legroom in the exit row. My preference of the vegetarian (salad) alternative to the turkey and bacon sandwich ran out in the fourth row of ET (one ahead of me), and so the crew offered me a packet containing a cereal bar and some shortbread biscuits. We arrived into Heathrow just slightly behind schedule due the late arrival of the inbound aircraft earlier at Rome, parking at an airbridge-equipped stand at T5B. 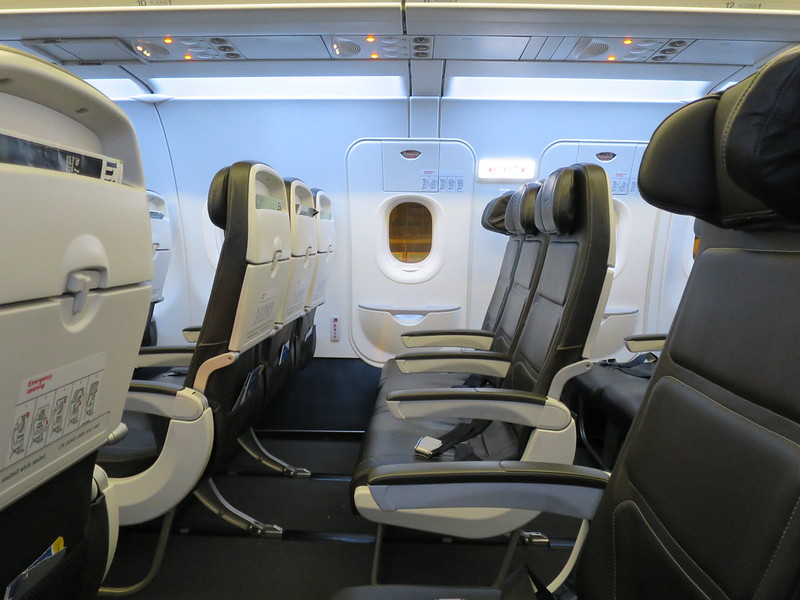 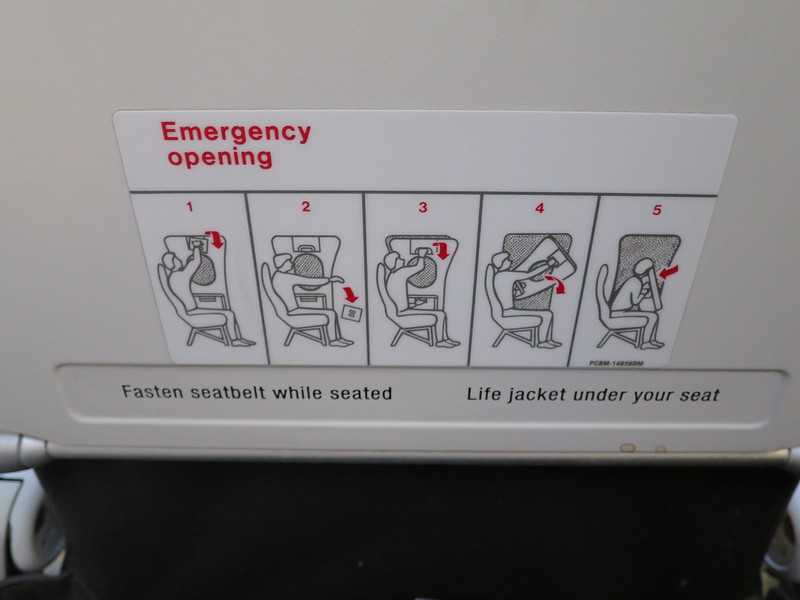 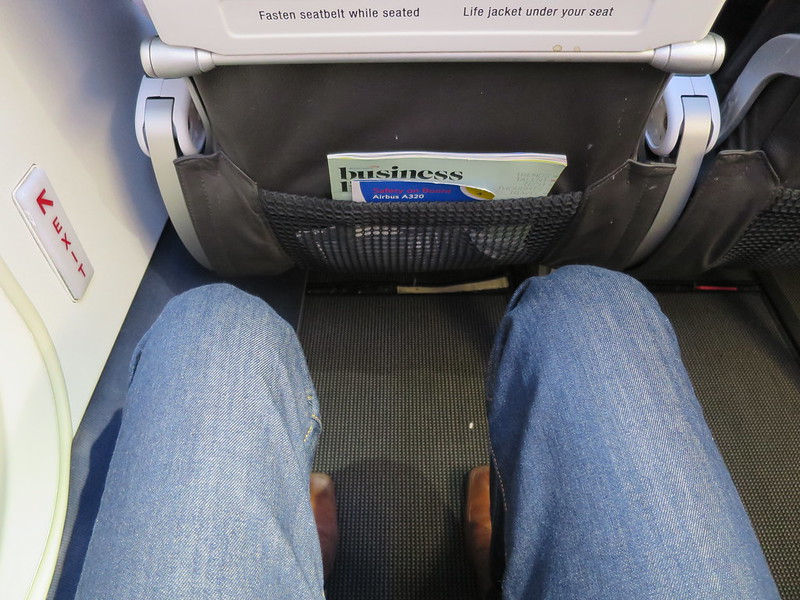 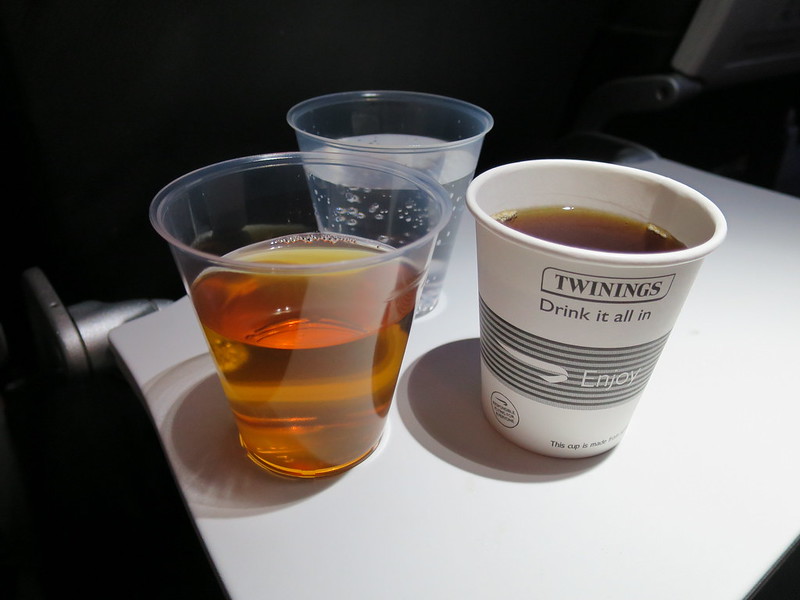 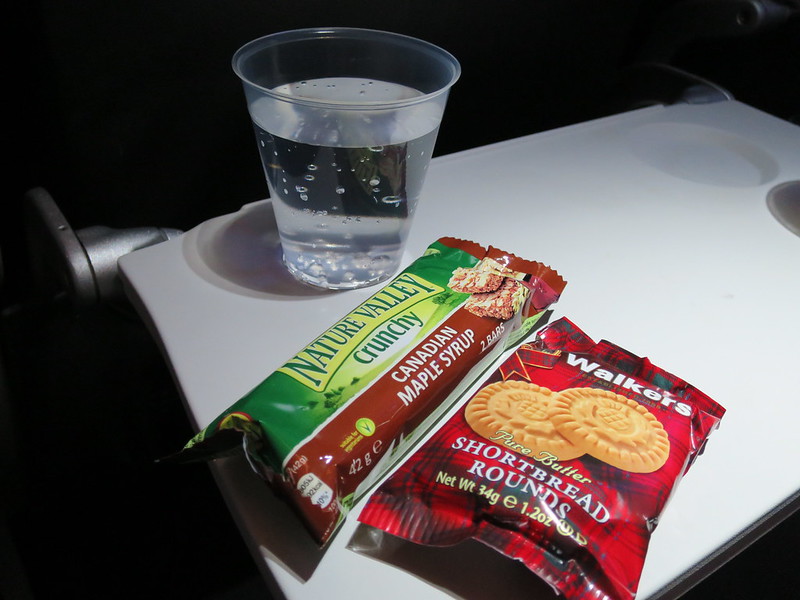 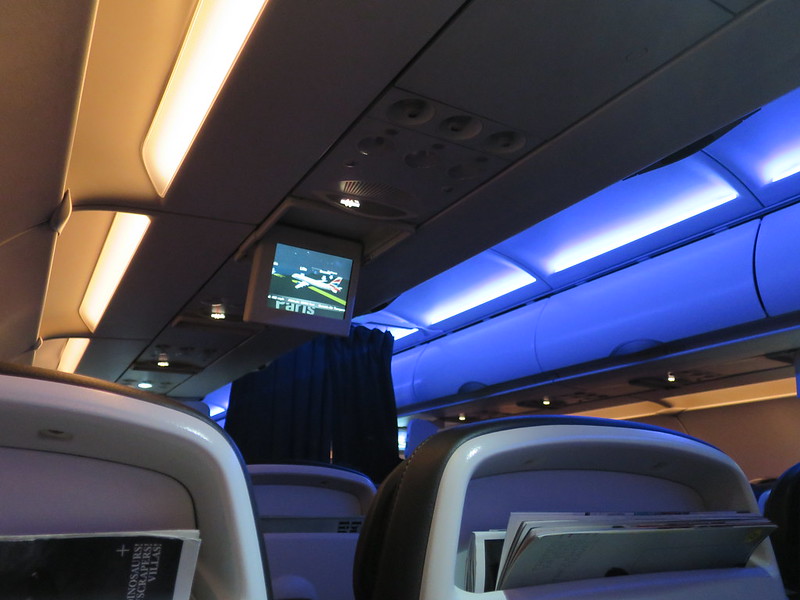 That’s it for this short report - thanks for reading, and comments and questions are welcomed.