Yes you are right, it seems like the E195 will be used ones from an undisclosed source. I got misled by an interview with the CEO who mentioned "new e195" jets, but he meant new as in additional and for growth. As soon as I have found out the source of the jets ill post it here.

Unlike E-190s, there aren't tons of E-195s. IIRC Azul recently announced selling some E-195s (or an intention to sell), that would be my best bet. Perhaps, although, LOT could pick up some from Austrian, which is getting A320 series from Air Berlin. Great news for LOT regardless!

You mean the ones they recently acquired from Lufthansa as a replacement for the F70 and F100? I seriously doubt that Austrian will get rid of planes they just received as replacement for its regional fleet. Austrian's own A320 fleet is quite old so I would expect the Air Berlin frames to either be a replacement for existing A320 or fleet growth.

Yes, those are the frames I referenced. Another posted indicated those frames were under debate in the LH group with the mass influx of A320 series from Air Berlin.
Top

LOT's first 737 MAX 8 has taken to the skies a couple days ago and is scheduled to enter service on the LHR route on the 4th of December. LOT will become the first airline to operate the new MAX into LHR.

Not likely, both the MAX 8 and 789 will feature wifi capability as per lessor requirement but LOT has no plans so far to provide Wi-Fi on board.
Top

I'm surprised they're not doing it in a single leg. There must be a lot of "rabbit's family & friends" on board... xD

Not that much impressive.
The queen of the skies is dead.
Top

Not that much impressive.

You must have been seeing too many United flight attendants lately. 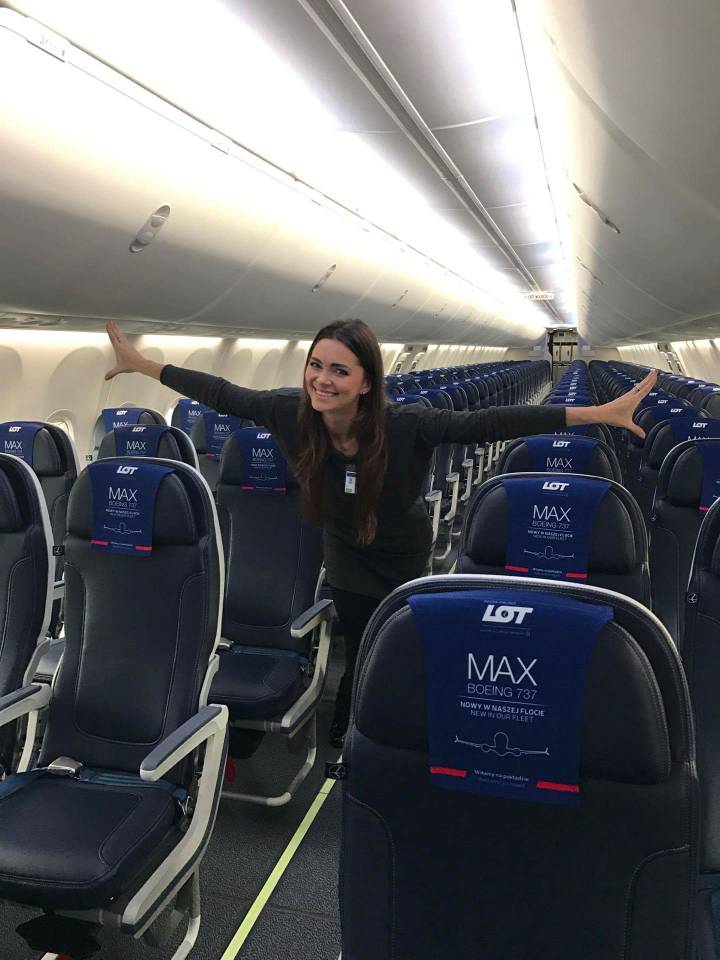 Here's a movie of a low- low-pass upon arrival of the delivery flight to EPWA:

LOT's first boeing 737 MAX 8 has entered service today on the LHR route and is currently returning from Heathrow to Warsaw after being the first commercial MAX flight into LHR.

The second 738M for LOT, registration SP-LVB has entered service today on the CDG route. LOT has 4 more MAX aircraft on order with the first 789 arriving next spring.
Top

Thanks for the updates Milka, it’s good to get updates regarding airlines that don’t feature as heavily on these forums as others.
Top

Obzerva wrote:
Thanks for the updates Milka, it’s good to get updates regarding airlines that don’t feature as heavily on these forums as others.

I was looking for some flights and I noticed LOT will serve some cities op by 0B (Blue Air) with B738.
E.g. DUS-WAW and some domestic routes. But I have not found anything "official" about that.

I was looking for August, but I have found some dates in April as well.
Since DUS is my base I kinda wonder why they will operate B738. I won't believe it's because of AB.
Most of the flights (I think up to three daily) nowadays are E170/175/195 flights, mostly 75ers.
Same with some domestic routes, on which the B738 will double the capacity.
Top

The Blue Air planes haven been wet-leased to help alleviate capacity problems after LOT launched many new routes in 2017. As the current LO407 to DUS often gets up gauged to a 737, you might see a Blue Air 737 in DUS soon.

Milka wrote:
The Blue Air planes haven been wet-leased to help alleviate capacity problems after LOT launched many new routes in 2017. As the current LO407 to DUS often gets up gauged to a 737, you might see a Blue Air 737 in DUS soon.

EW cancelled DUS-WRO, startin 04/2018, so there will be three LOT flights. 2X Blue B738 and night stop is sheduled with E-Jet.
Overall a smart move from LH/EW and LO.
Top

Thread will be locked.
Top
Locked