So over the summer and part of the fall I took a lengthy trip to the UK to deal with a complicated problem that required a lot of intervention. (There's a real chance I'll be going back, but I'm hoping it's stable for now.) Long story, but . . . plenty of planes. 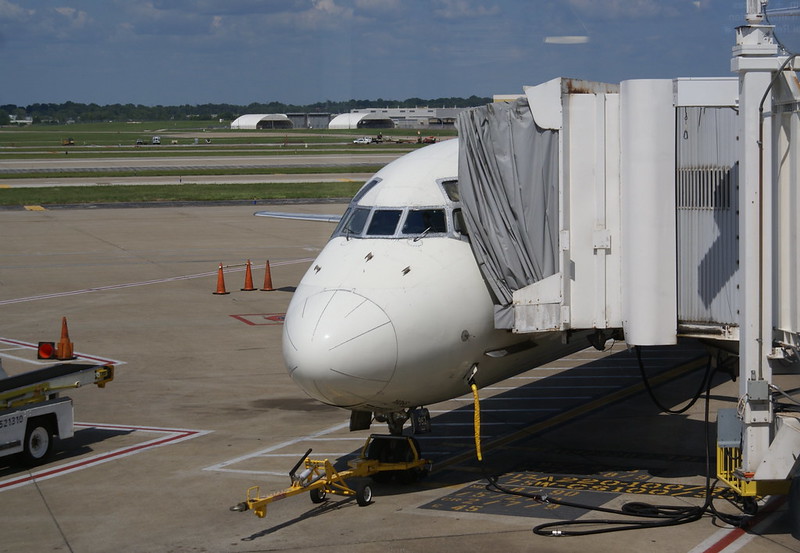 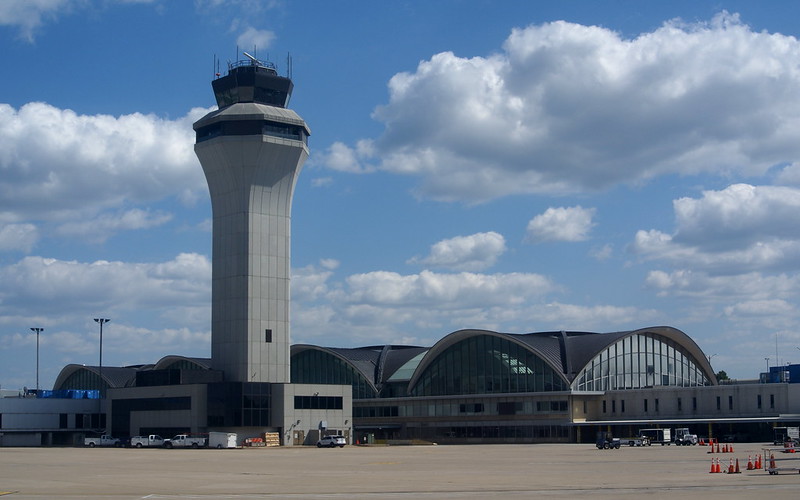 I halfway wondered if we would take off on runway 29, the newest runway, as it's convenient to DL's gates, but they were using it for arrivals so we took off 30L. (30R was then and might still be closed for subsurface restoration and maybe widening.) 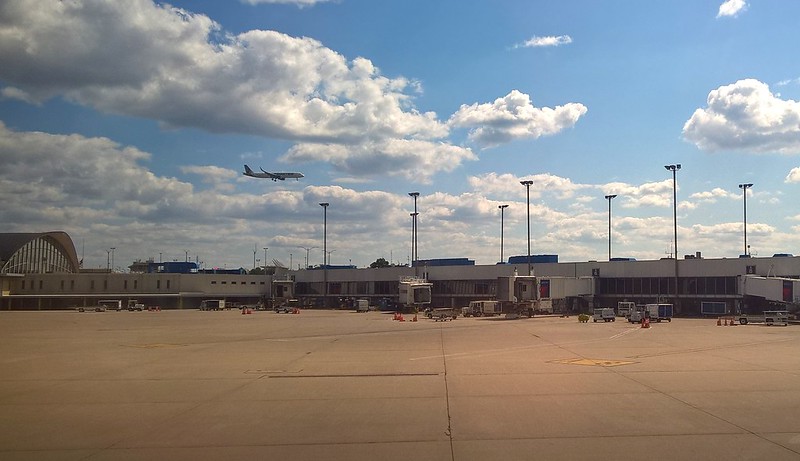 It was, as always, a fun flight. The Super 88 gave a snappy liftoff. The flight to Atlanta was uneventful, but pleasant with some decent views along the way. 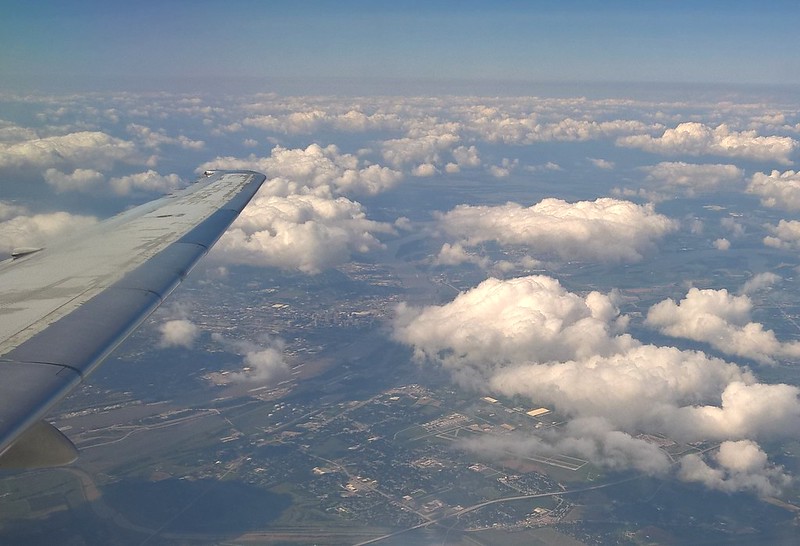 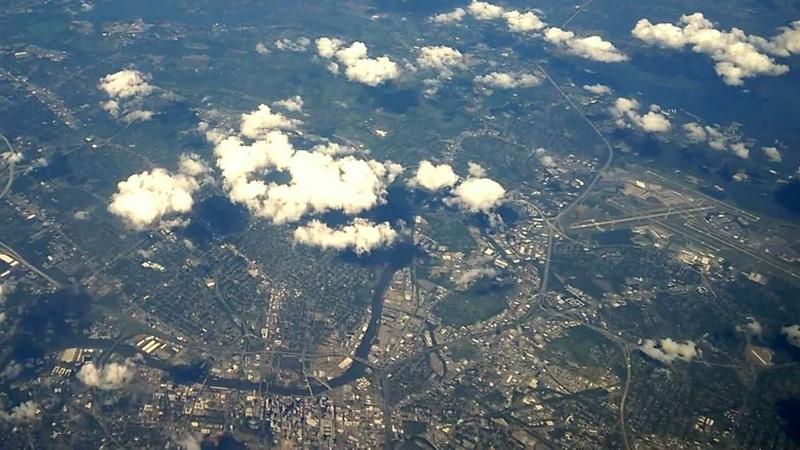 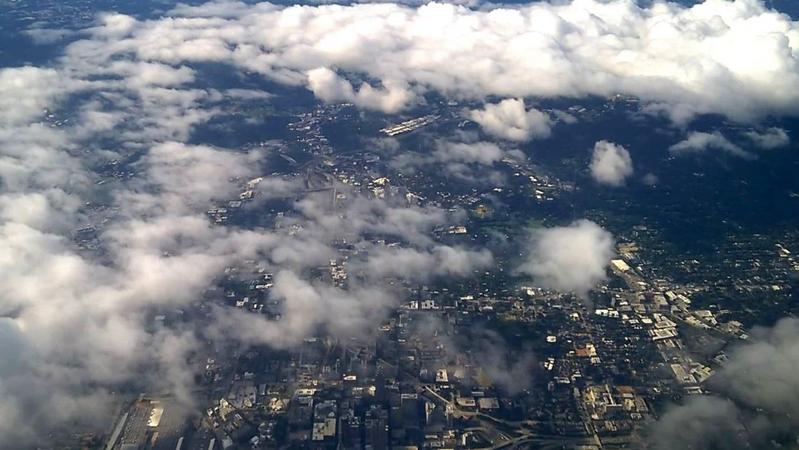 Atlanta is, of course, still a great place to catch Mad Dogs. Get 'em while they're hot as sadly they won't last much longer.

The second flight was not the flight I originally booked. Missed a connection due to my own foolishness, but Delta rebooked me quickly and without any fuss at all. (Great customer service there. My thanks to the desk agents in Atlanta.) I ended up on DL32 in the care of A330-300 N801NW. Never had the chance to fly Northwest in its original guise, so it was nice to catch their iron, even if the paint was different.

The flight itself was comfortable and unremarkable. The food was actually pretty good and the crew was polite and professional. Not so much of a view. Mostly wing and water with a lot of darkness added to the mix. 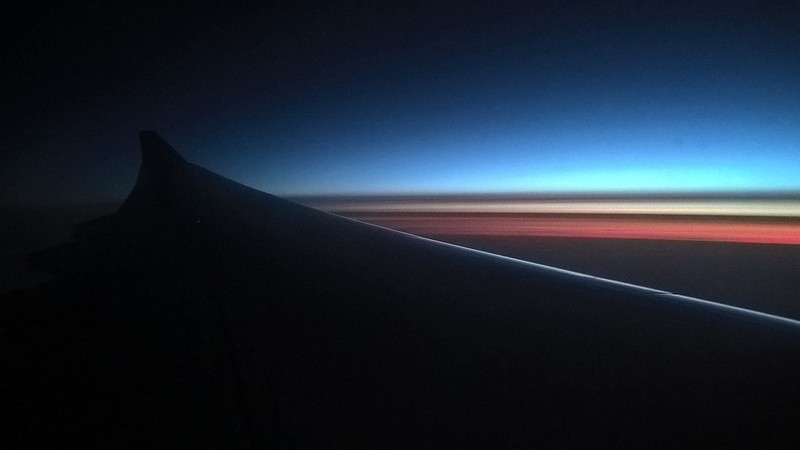 Heathrow, however, was not at all the airport I expected. We're filled with tales of glamour when in reality T3, at least, is more weathered than LaGuardia and stuffier than Tan Sohn Nhat in Ho Chi Minh City. Dated. Worn. And not in any way particularly remarkable. It was not an inspiring entrance to the UK, but . . . when you're the main airport in London I suppose you don't need to be. (But fly to Frankfurt if you can. Or Paris. Or Zurich or Geneva or or or . . . )

While I was there for, oh, nearly three months, I had less time to "tourist" than you might expect, but I did get in a visit to the airliner collection squirreled away at the Imperial War Museum in Duxford. 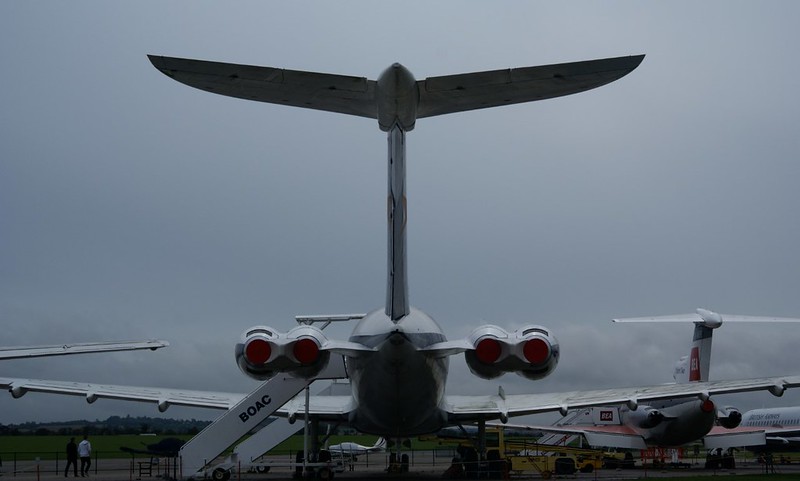 (Feel free to click through for the rest of the taxidermied exhibits.)

But I did go home eventually. For all Heathrow's many many failings, there is no shortage of interesting aircraft. My vantage point was . . . not the best. I'm told some of the clubs do better. But I simply found a quiet check in lobby. (Another Heathrow oddity, they scan your boarding pass and basically check you onto the plane before they even let you in to the actual holding area. Decidedly unpleasant. It's rather like going through security again after you're already airside.) 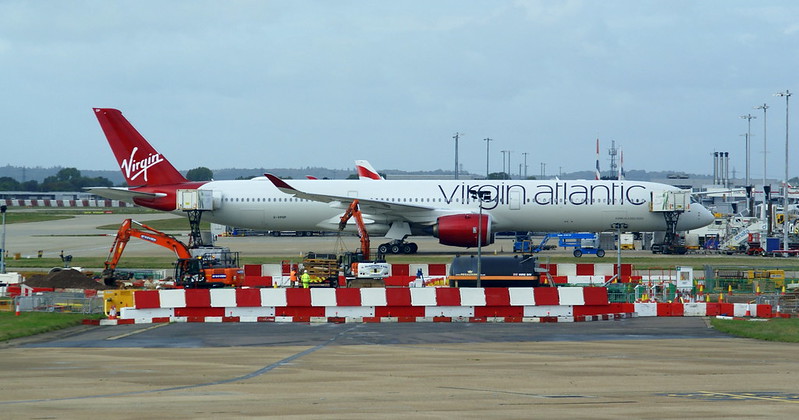 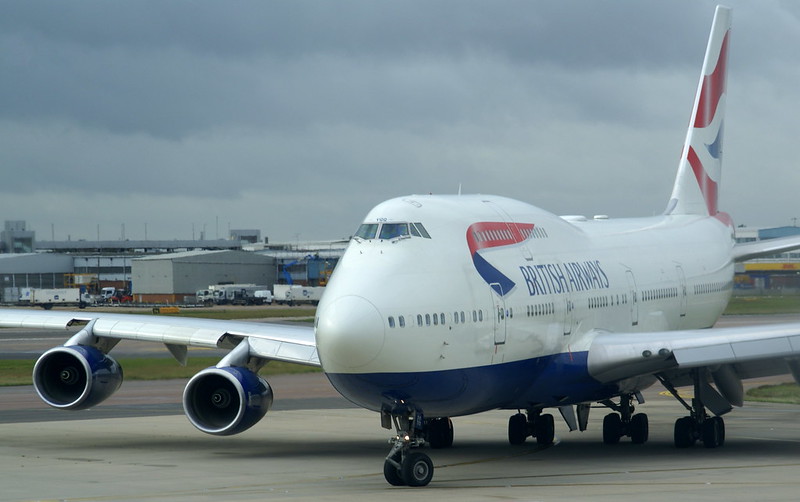 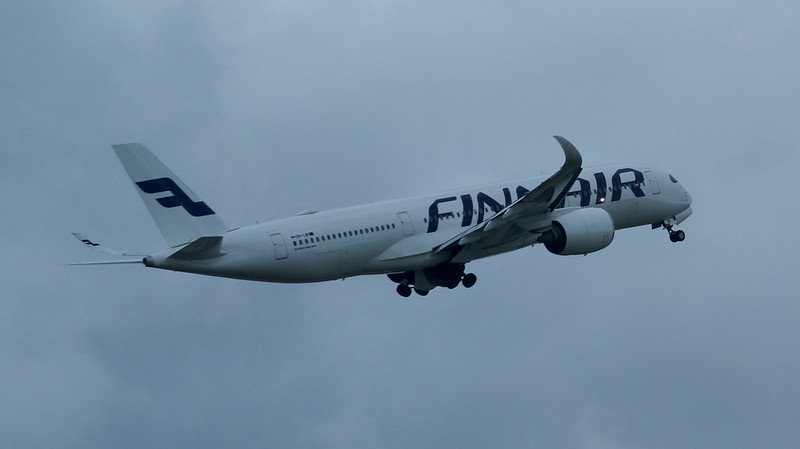 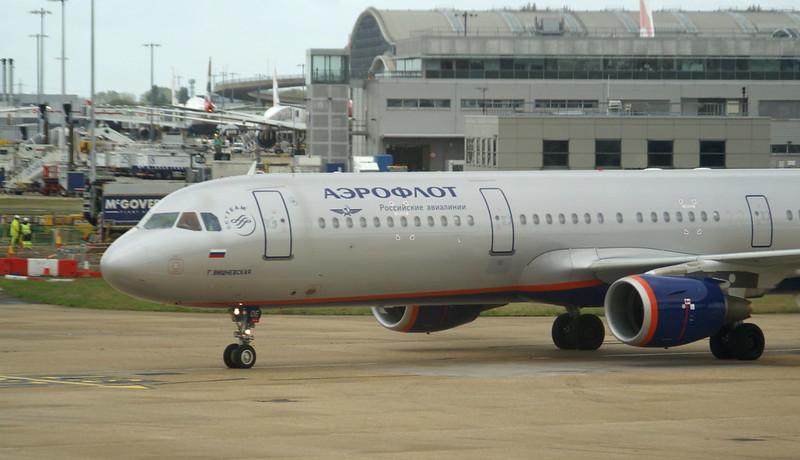 Total respect to an airline that names their aircraft. 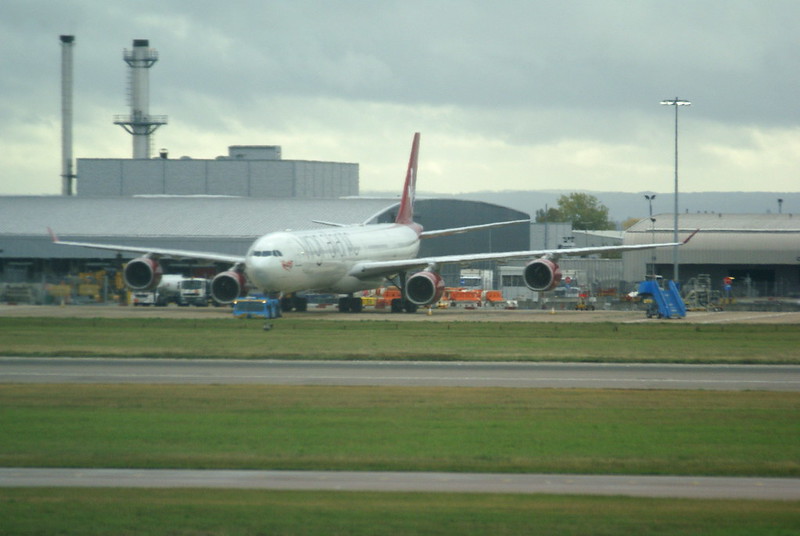 Couldn't make this one out, it was just too far away to capture clearly with my gear, but it's my first A340. 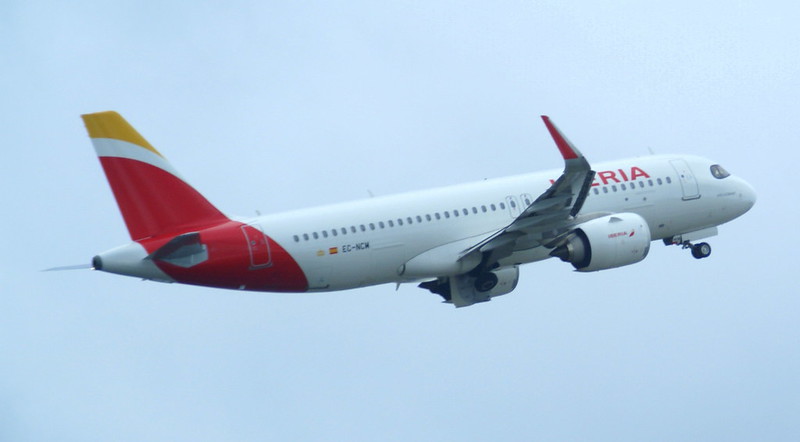 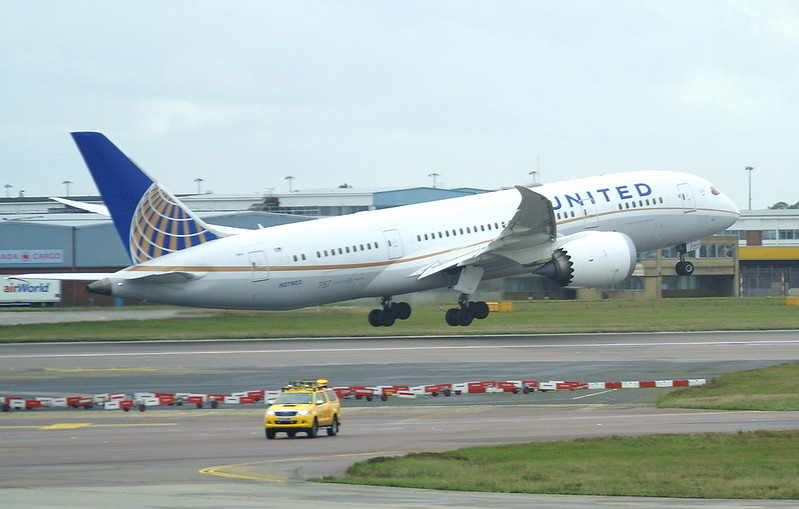 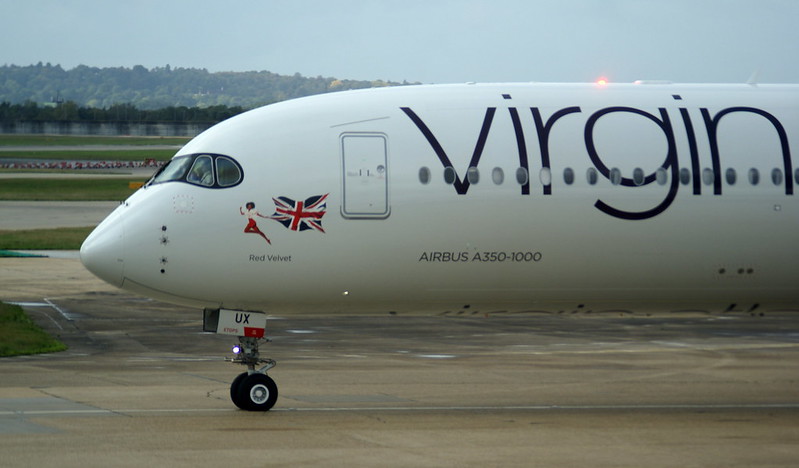 Yeah, yeah, yeah. And that's not even all of 'em. Lots of planes at Heathrow, so who cares how crummy the concourses are.

DL19 took me back home aboard a venerable B763 N394DL with the updated cabin and the improved legroom in the "Comfort+" section. The legroom was quite nice, for the record. 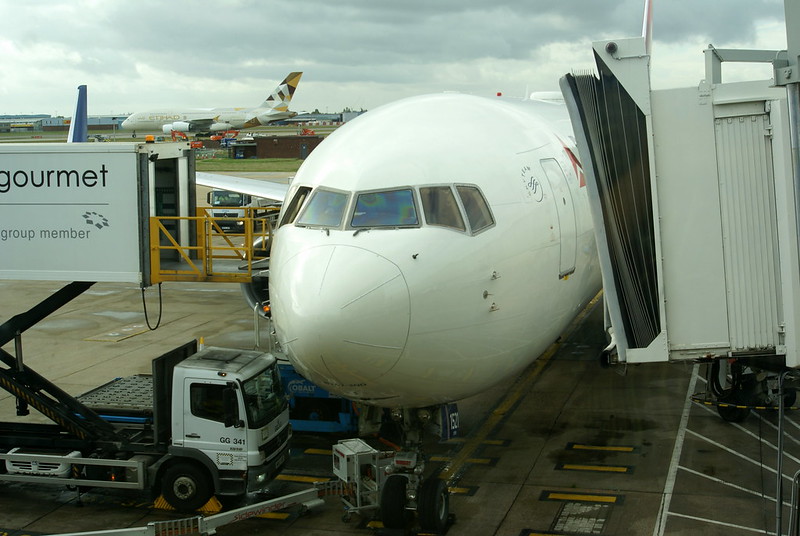 Of course, I managed to bag one of the dreaded "no window-window" seats. (Should have checked SeatGuru!) Even so, I managed to shoot pictures out the window mostly behind me.

You know, those things don't look quite so absurdly strange from behind . . .

Oh, and here's the Aer Lingus Football plane: St. Cornelius. (Did I mention I love the whole plane naming tradition? Hey Delta, get a piece of that action.) 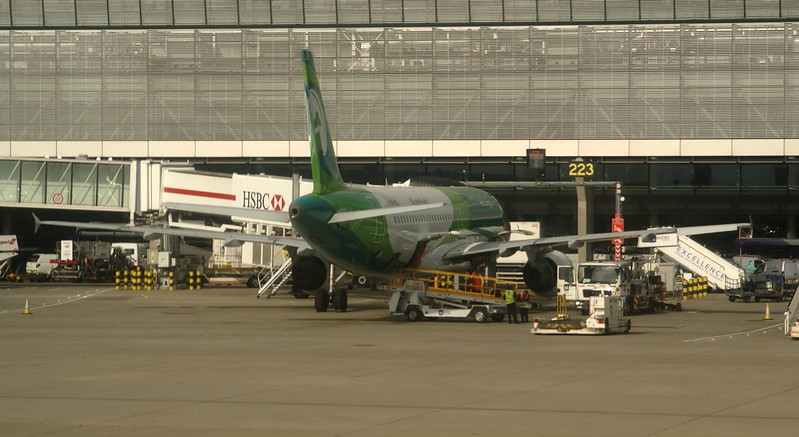 I arrived in Detroit without incident. To a row of remarkably similar looking birds before I was able to make my way across to a lovely little Air Tran veteran N985AT who took me home. 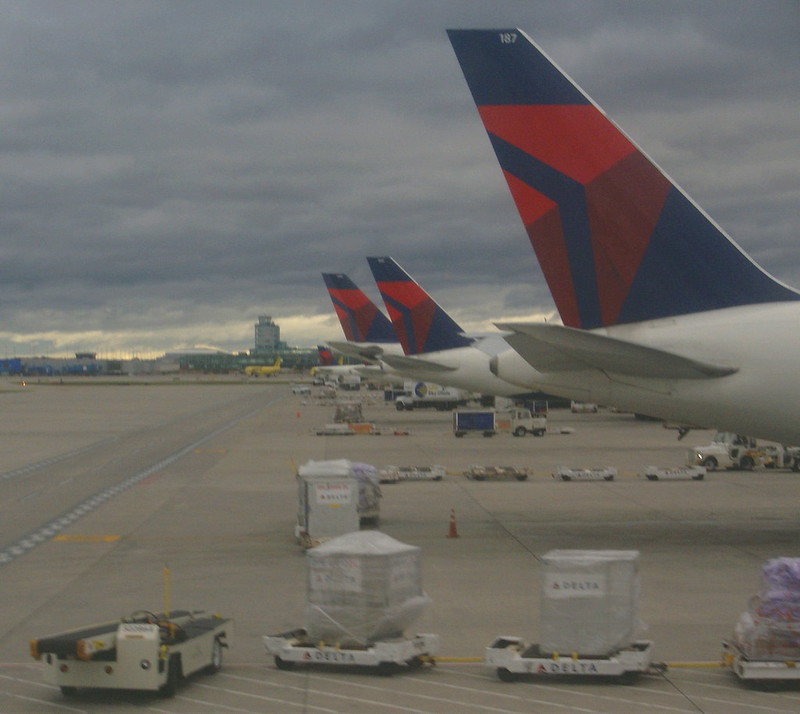 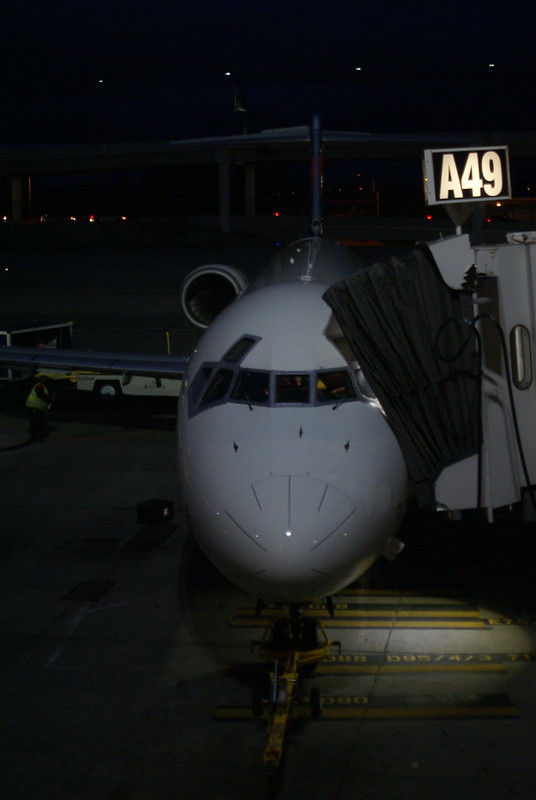 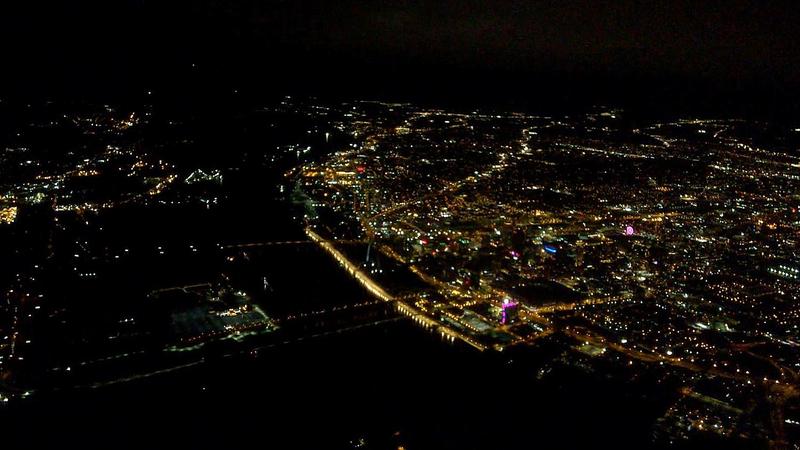 I won't belabor you with every last picture, but it was a good trip. And if you like takeoff and landing videos . . . here's my very amateur attempt at a flight video. Wish I could figure out how to natively post it here, but clicking the picture below will take you to it on YouTube. 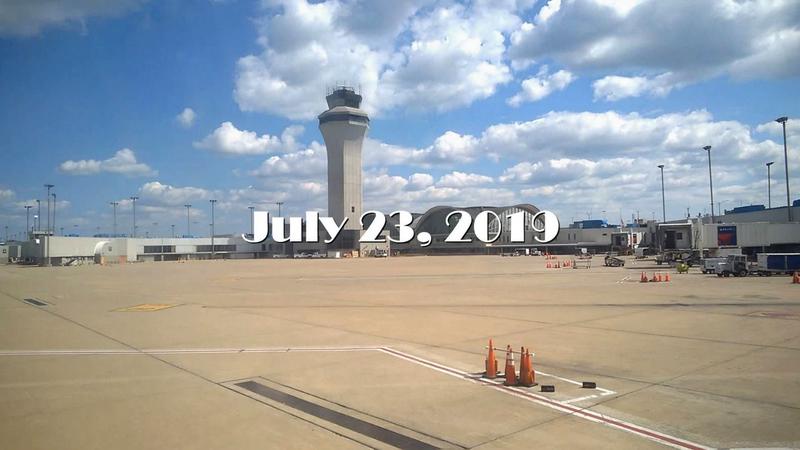 Excellent trip report. Liked catching the registrations for all the aircraft
Top

Great trip report.
Duxford is a great museum. I know what you mean about LHR, its not flashy but the range of airline flying to far flung destinations is pretty exciting.
Top

Oh, I flew on DL2084 this summer out of that same gate!
Delta Gold Medallion
Top

Oh, and the A340 you couldn't make out is a Virgin plane, you can just make out the top of the V, and the red nacelles as well.

Saw it was Virgin, but never could decide which one. There were several of their 340s that might have been parked in London that day. Which . . . isn't really a big surprise. Wish I could have gotten a closer look, though.

maps4ltd wrote:
Oh, I flew on DL2084 this summer out of that same gate!

If you're down in STL again anytime soon, drop me a PM. Would be happy to meet up, maybe grab a bite or a beverage, and talk planes or take some pictures.

Users browsing this forum: No registered users and 38 guests