Update About The B 707 Near Nablus

Update About The B 707 Near Nablus

Some years ago, there was a thread about the B 707 stored near Nablus but I thought it would be worth to give an update and to share some photos, since the 707 was moved and the wings have been removed. Moderators, please delete or move if this is not the right location.

I was absolutely gobsmacked when I realized that I am accommodated in the City, in which some businessmen stored a Boeing 707. The B 707 is next to the entrance road when entering Nablus from the Northeastern side. Google maps doesn’t show the exact location. It seems as if the plans to start recreational park didn’t materialize. The property now belongs now to a construction supply business. To have more space they moved the fuselage to the northern edge of the site and they also didn’t reinstall the wings. I am not too sad about this because before the wings were “kind of” attached to the fuselage but not in the correct angle. It looked almost like a Tu 134. Wings, as described above, lying next to the fuselage Should you ever travel from Tubas to Nablus this is what you will see first. Re: Update About The B 707 Near Nablus

Ha! I love the fact that the forum software update allows for re-starting old threads. Instead of going off-topic in the thread about Ryanair offering additional flights from and to Israel, I will reply here:

blacksoviet wrote:
Very impressive looking aircraft. What are they doing with the fuselage? Why is it on stilts? What was the point of removing the wings?

Before the second intifada, it was part of an amusement park. See the picture below from 2010 (?): 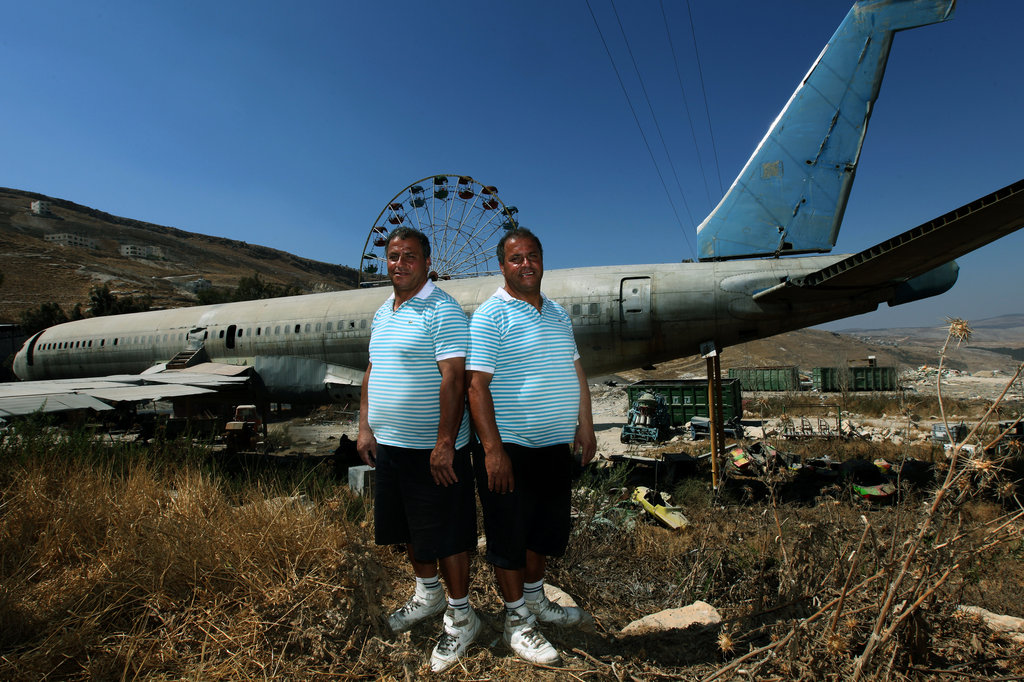 Note that the wings were still attached (although not correctly, rather Tupolev-esque...)

The amusement park is closed now. I asked someone from the Municipality of Nablus and he told me that they intended to move the 707 closer into the city, there is kind of an amusement park near Mount Ebal. Maybe they already removed the wings to transport it.

345tas wrote:
I never knew that was there. How did it end up in Nablus, so far from an airport (AFAIK anyway)?

Honestly, I have no clue. I also found it interesting that people from Nablus purchased an ex-Israel-Air-Force-aircraft...
Top

Re: Update About The B 707 Near Nablus

Wow thanks! I will have to ask around, I'd love to know the back story. I was up Mount Ebal recently and didn't see it.
Top
Post Reply